Sanctions 7: Iran’s Economy by the Numbers

Iran’s economy has gyrated, often coinciding with the success or failure of international diplomacy. The fluctuations have been reflected in all basic data points, including the value of its rial currency, oil exports, gross domestic product (GDP) and inflation. U.S. sanctions have added to the toll, especially by curtailing Iran’s ability to export oil and cutting Tehran’s connections to the international financial system. The gyration in Iran’s economy reflects gyrations in U.S. policy.

The following graphs reflect Iran’s economy before, during and after sanctions. At the end is a full list of executive orders and legislation sanctioning Iran under the three administration. 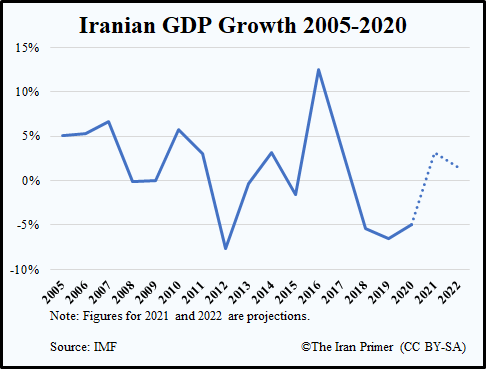 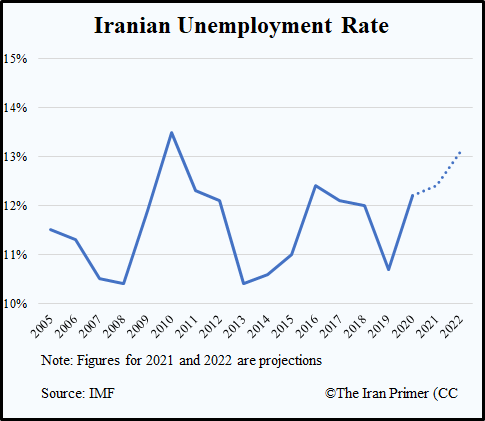 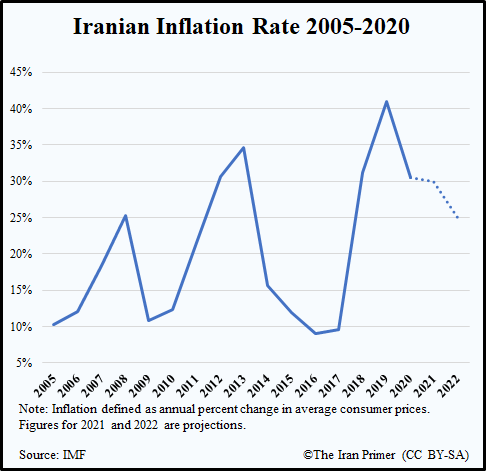 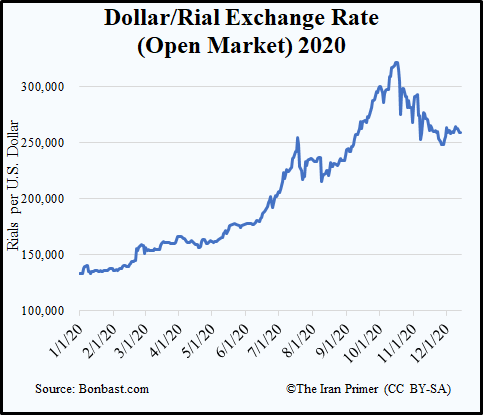 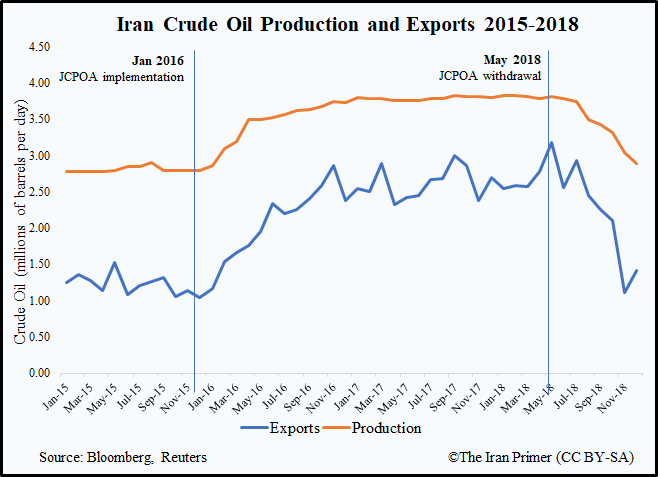 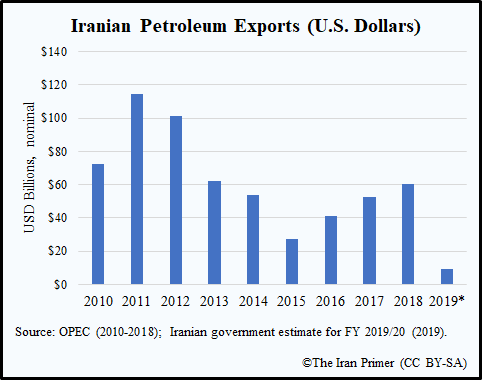 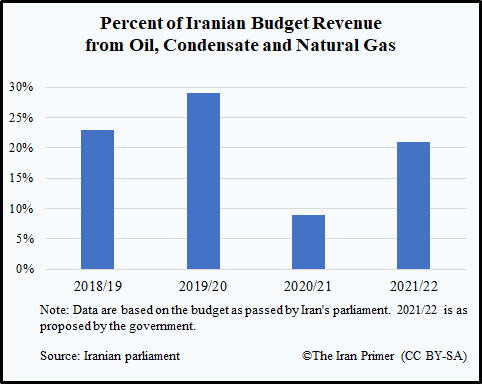 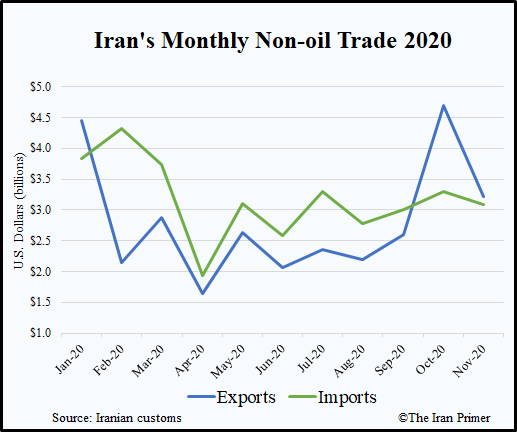 Since the 1979 revolution, Iran has faced layers of sanctions imposed by the United States for at least five different reasons organizations: nuclear proliferation, ballistic missile development, support for terrorist groups, human rights abuses and cyberattacks. Three presidents – George W. Bush, Barack Obama and Donald Trump—significantly increased sanctions in an attempt to get Tehran, most notably to limit its nuclear program and engage in diplomacy. The United States has sanctioned hundreds of Iranian top government and judicial officials, members of the military and proxy militias, scientists and manufacturers of military equipment, banks and businesses, foundations, and shipping and trading companies. The designations have been made under the following presidential executive orders and pieces of legislation: