On November 4, thousands of Iranians chanted “Death to America” outside the former U.S. embassy in Tehran on the anniversary of the embassy’s seizure in 1979. Iran held more than 800 rallies where demonstrators burned American and Israeli flags. Many carried posters with anti-American messages or caricatures of President Joe Biden. In Tehran, a woman posed with a prop gun held against a cutout of Biden’s head. For years, many Iranians have been apathetic about the anniversary.

In Tehran, Major General Hossein Salami, head of the Revolutionary Guards, condemned decades of U.S. foreign policy. Washington had still not “learned a lesson” from the embassy seizure, he said. The United States has turned into “a factory producing dictators all over the world” Salami accused the United States of warmongering and claimed that eight million people had died in wars waged by the United States. The “children of this nation will stand bravely against any power that wants to damage their interests,” he warned.

Salami praised the Revolutionary Guards Navy for thwarting an attempt by the U.S. Navy in late October to seize a tanker carrying Iranian oil in the Gulf of Oman. “The Americans are used to constantly suffering defeats at the hands of the Iranian people,” he boasted. “We are serious in defending our homeland.”

The United States rejected the Iranian account. “It’s a bogus claim,” Pentagon Press Secretary John Kirby said on November 3. “The only seizing that was done was by Iran.” U.S. officials said that Iran had seized a Vietnamese-flagged oil tanker on October 24. The ship had reportedly attempted to unload its oil at a Chinese port but was not allowed to dock, according to Tanker Trackers. The tanker then returned to Iran.

The U.S. Embassy was seized in the first year of the revolution, when students stormed the compound to protest the Carter administration’s decision to take in the ailing former shah for medical treatment. Student leaders later said that their intention was to hold the embassy for a few days, but 52 Americans were held for 444 days.

In January 1981, Tehran and Washington agreed to terms that would free the hostages in exchange for the United States releasing Iran’s frozen financial assets; Iran was also under mounting pressure after Saddam Hussein’s invasion of Iran in September 1980. But Iran deliberately delayed the hostages release until Jimmy Carter left office. They were released hours after Ronald Reagan became President.

For many years, students were bussed to the annual event to ensure large numbers. But in 2020, Iran cancelled the annual rallies due to the COVID-19 pandemic. Only a few people gathered outside the embassy. The embassy compound of several buildings, houses and sports facilities, is now a museum run by the Basij paramilitary that chronicles the tortured history of Iran-U.S. relations.

For more than three decades, a graffiti image of the Statue of Liberty as a skeleton adorned the wall around the compound. It symbolized Iranian fury at the United States. In 2019, Iran unveiled new anti-American murals, including a depiction of the Statue of Liberty with a cut-off arm. The following are photos from the 42nd anniversary of the embassy takeover. 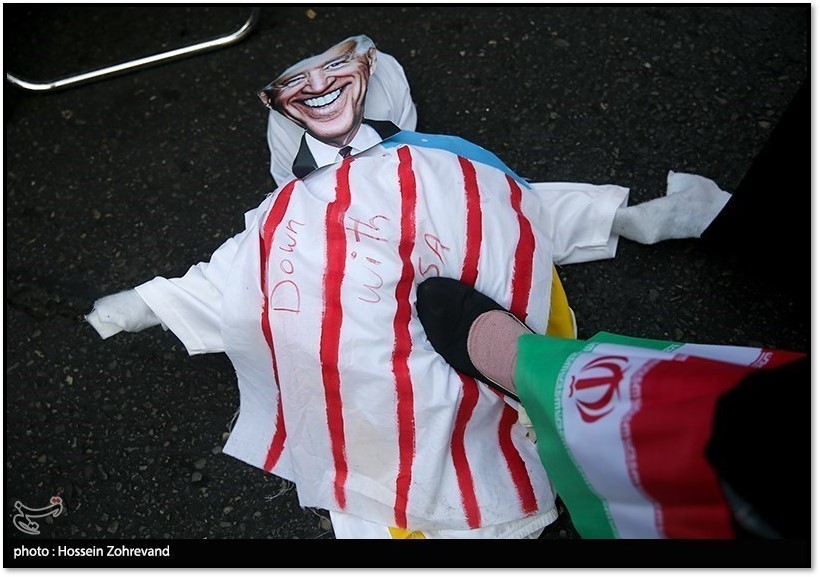 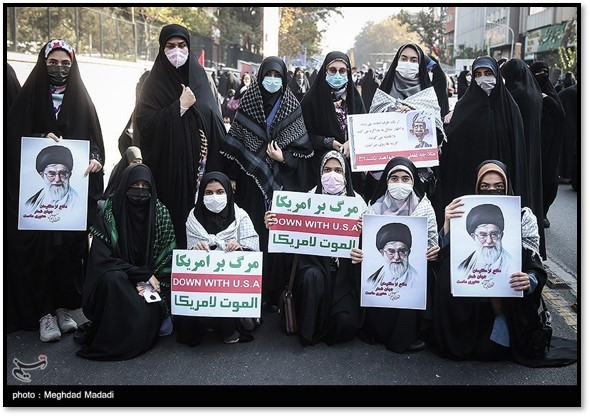 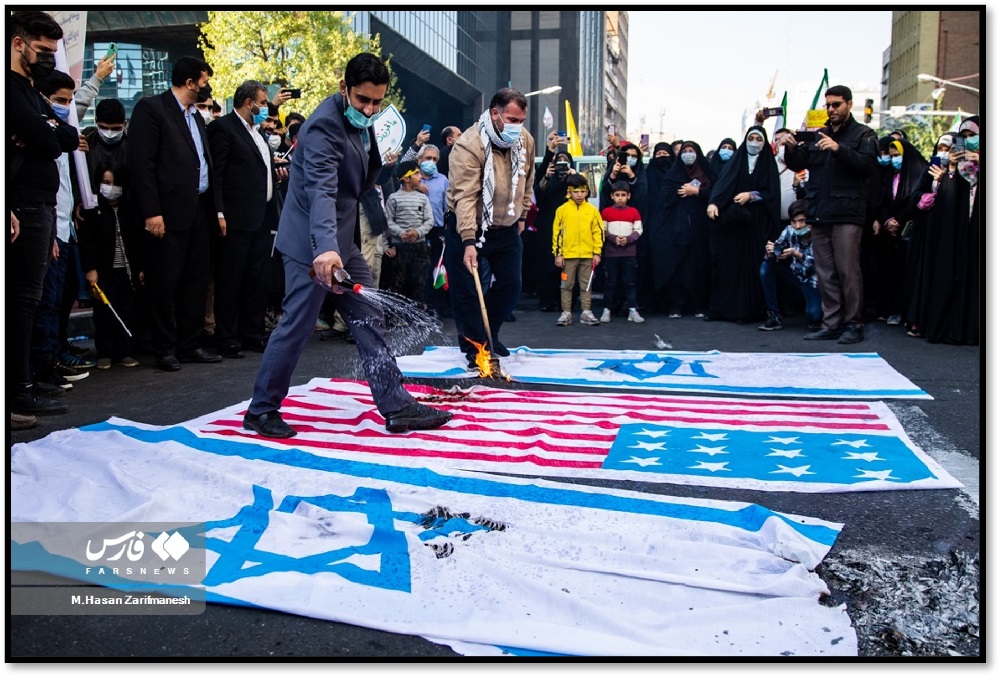 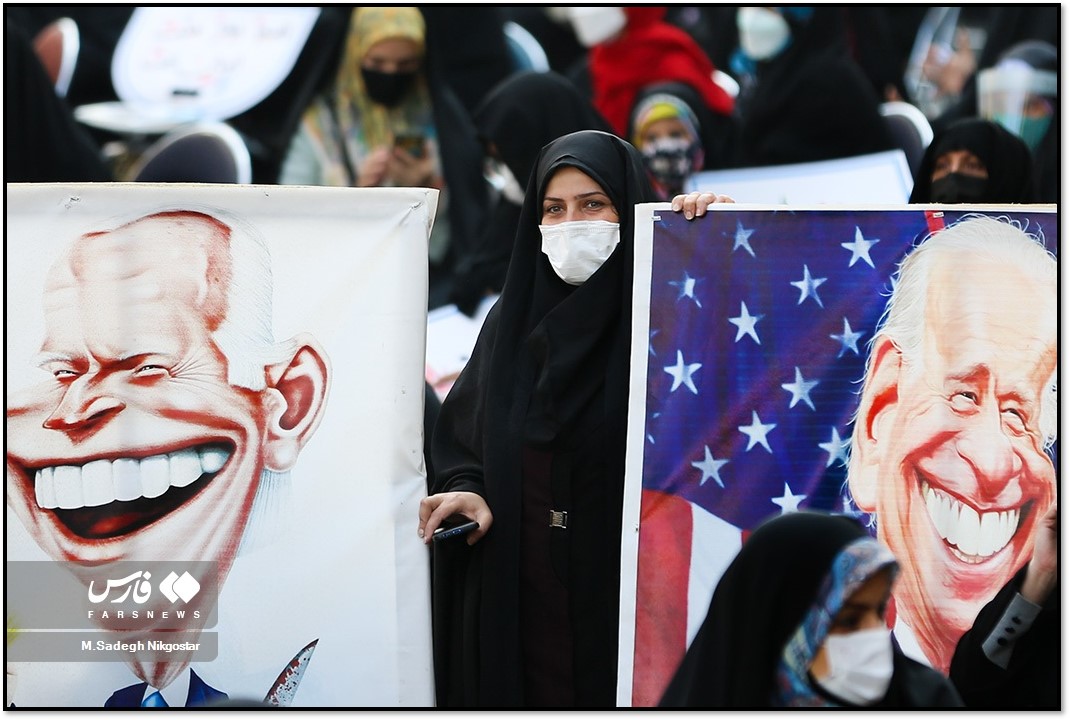 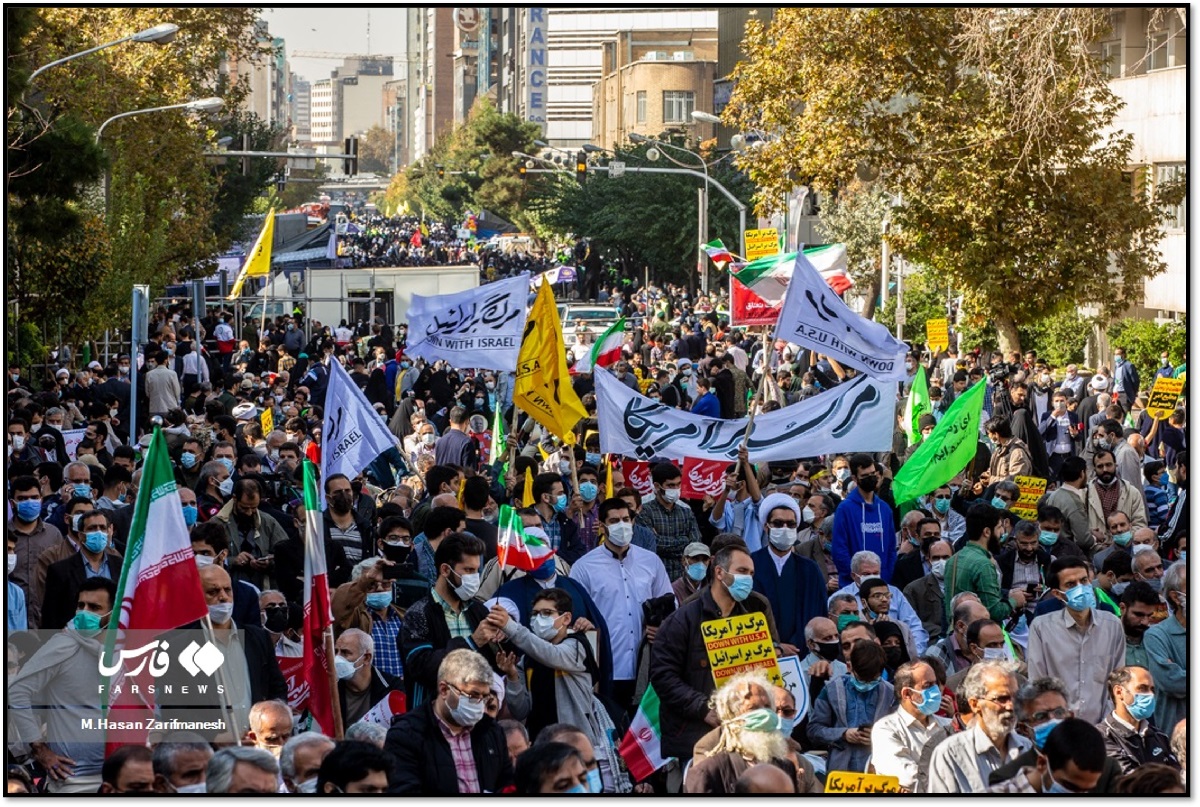 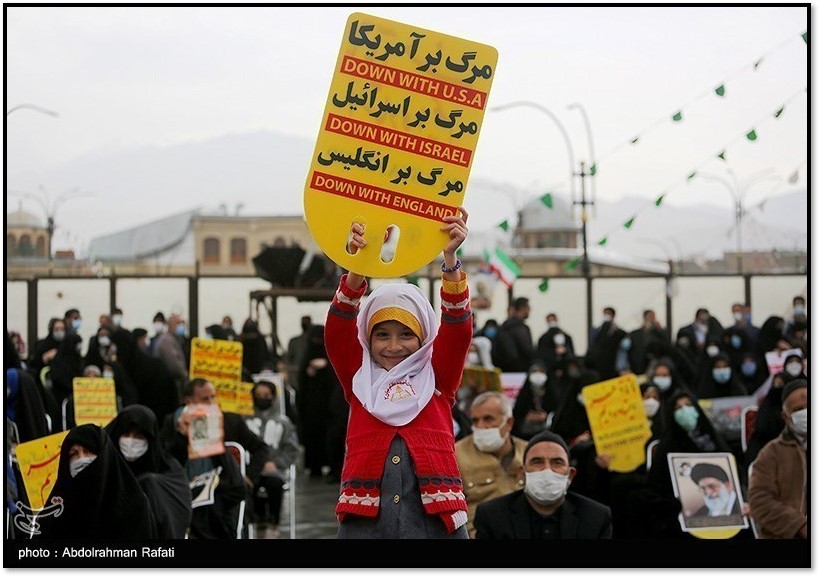 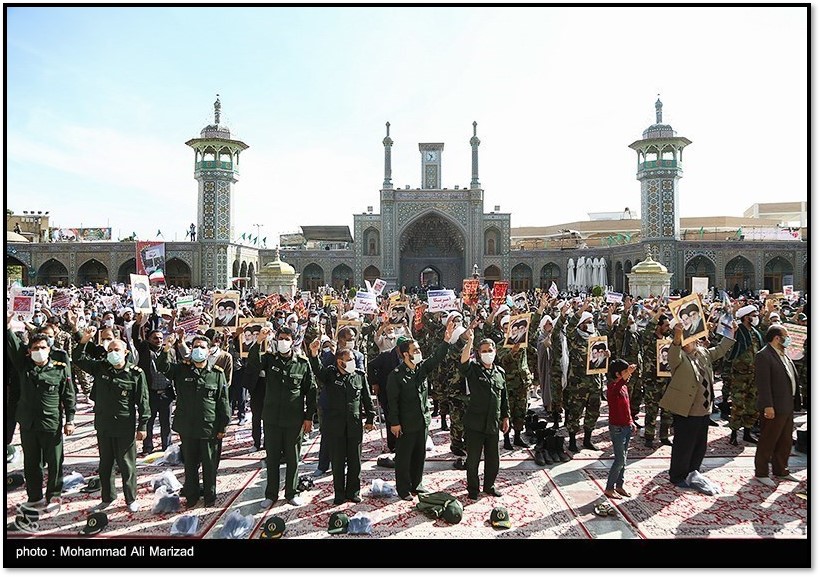 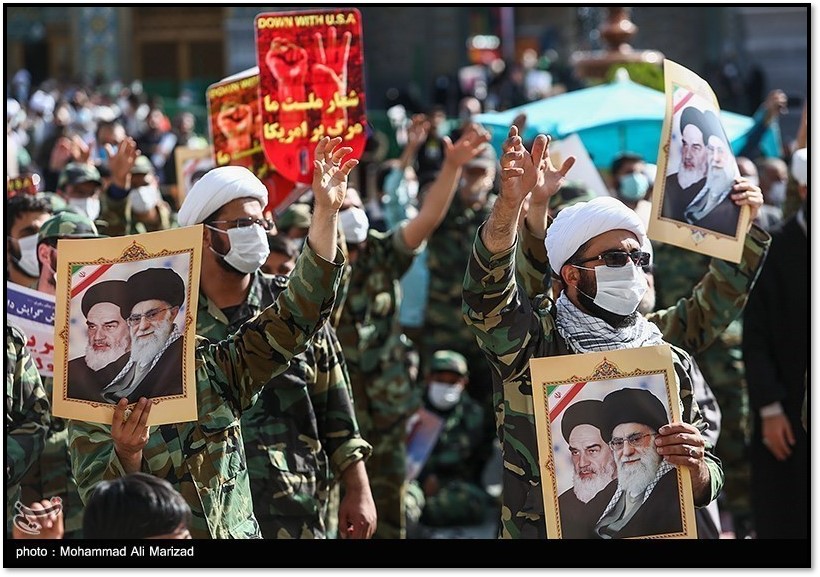 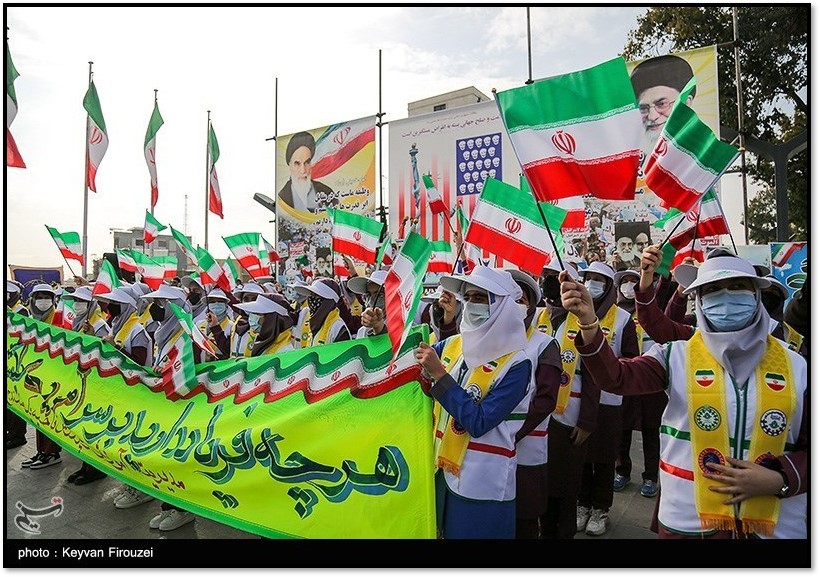 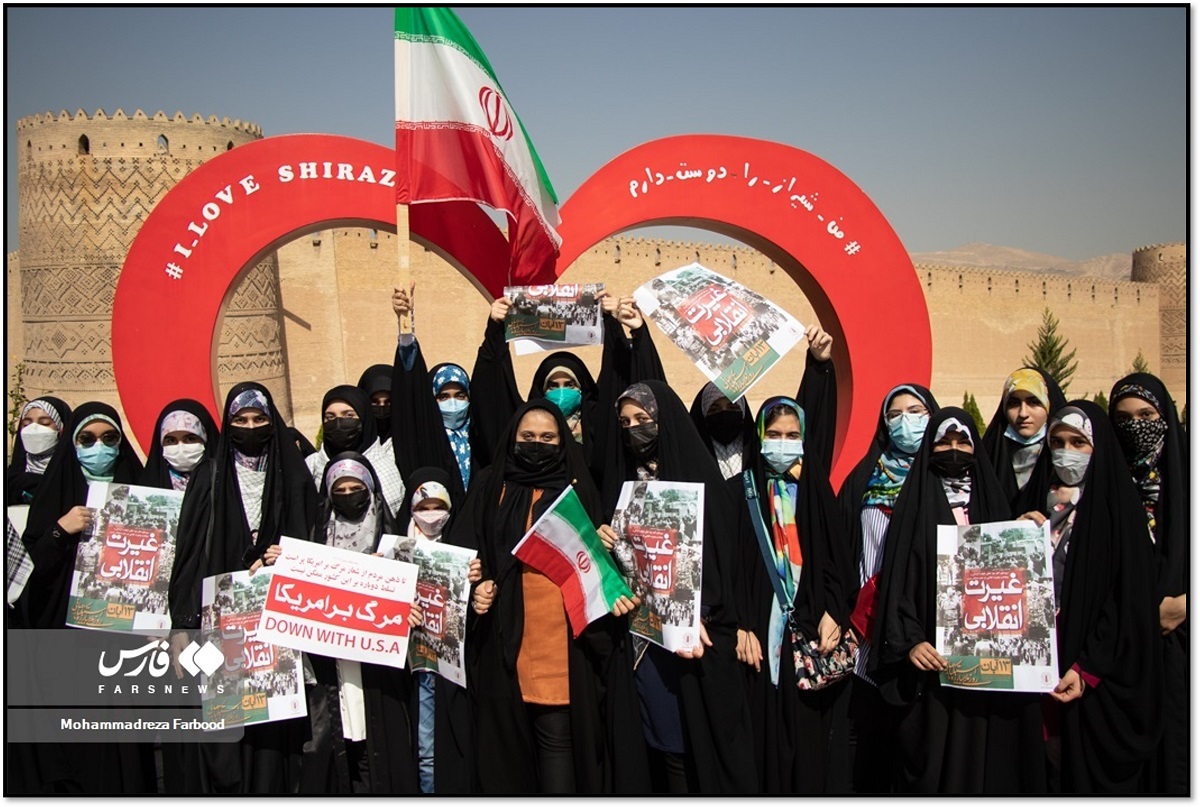 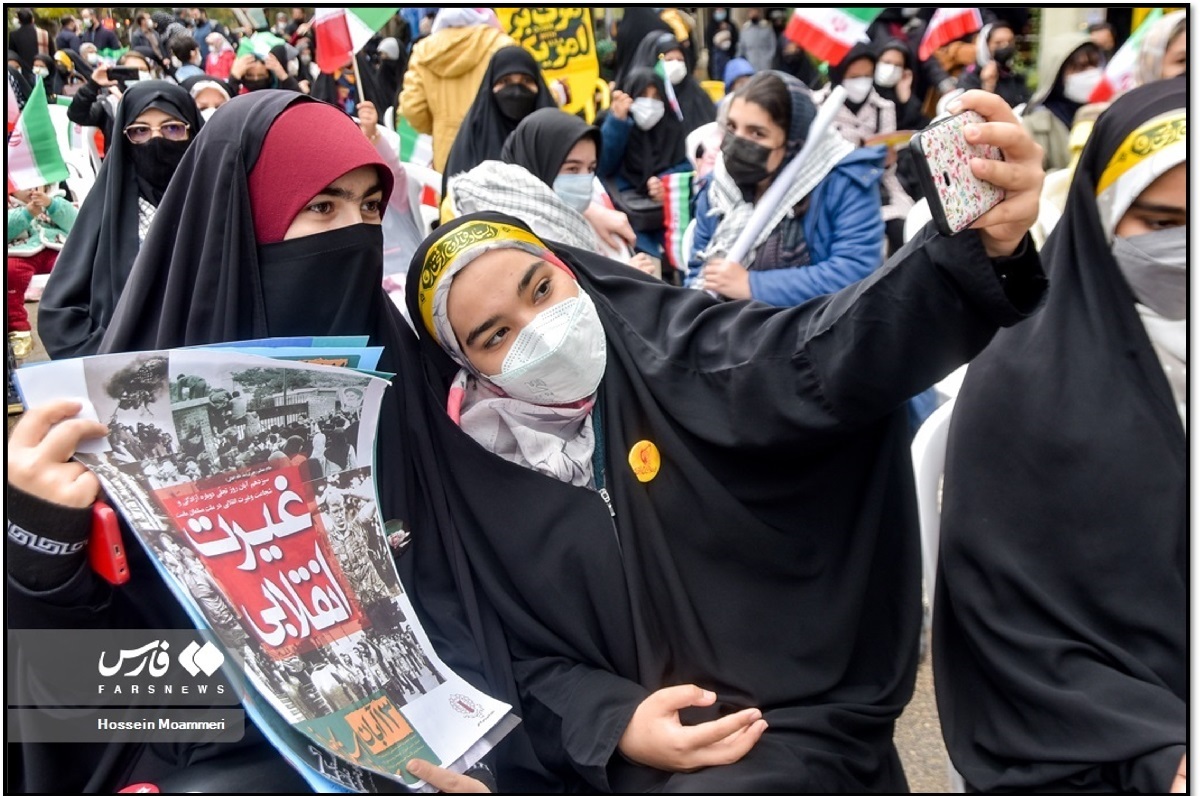