On November 4, thousands of Iranians chanted “Death to America” outside of the former U.S. embassy in Tehran. It was one of more than 1,000 rallies held across Iran to commemorate the 40th anniversary of the embassy’s seizure. In 1979, students stormed the compound to protest the Carter administration’s decision to take in the ailing former shah for medical treatment. Student leaders later said their intention was to hold the embassy for a few days, but 52 Americans ended up being held for 444 days.

At a televised rally in front of the old embassy, army chief Major General Abdolrahim Mousavi condemned four decades of U.S. policy in the region. “Our fight with America is over our independence, over not submitting to bullying, over values, beliefs and our religion,” he told the crowd “They (Americans) will continue their hostilities, like the proverbial poisonous scorpion whose nature it is to sting and cannot be stopped unless it is crushed.” At rallies and marches across Iran, U.S. and Israeli flags and effigies of President Donald Trump were burned.

#Iranian people, mostly students, took part in nationwide rallies on Monday to mark the anniversary of the 1979 takeover of the US embassy in Tehran and condemn #US policies against Islamic Republichttps://t.co/OcT73S68lq pic.twitter.com/QOdoTArwbr

For more than three decades, the iconic image on the outside of the embassy was that of the Statue of Liberty as a skeleton. The graffiti that symbolized Iranian fury at the United States. New anti-American murals on the walls of the former embassy were unveiled on November 2. 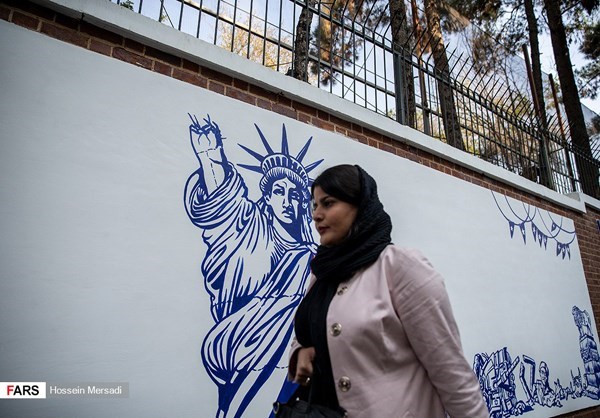 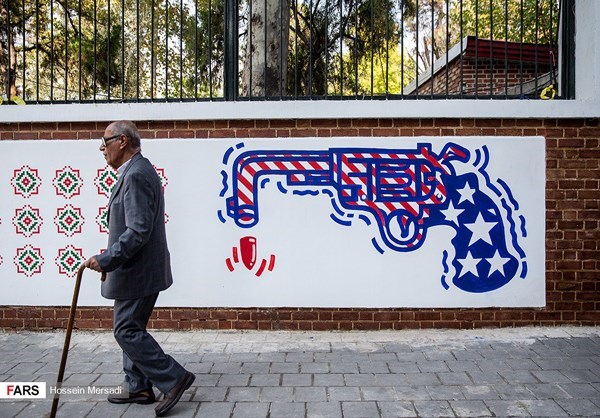 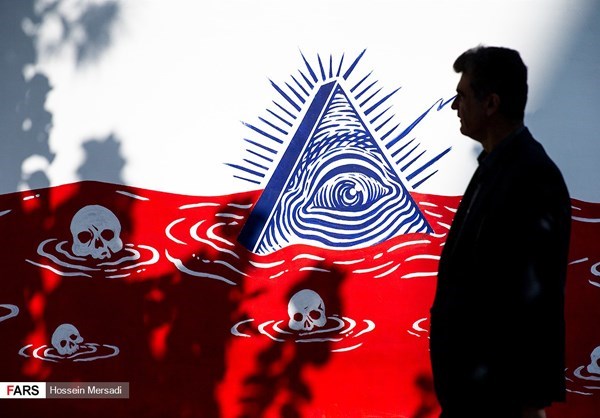 Rally at U.S. Embassy in Tehran on November 4 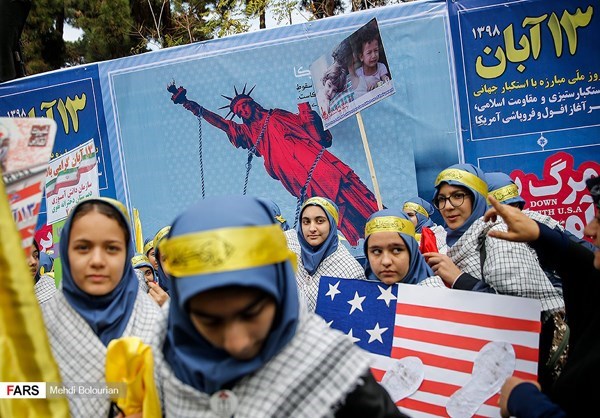 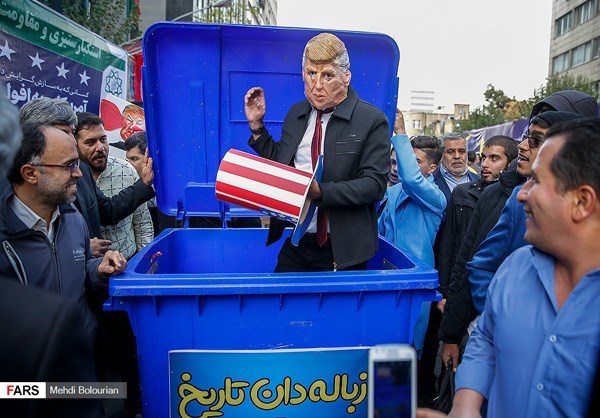 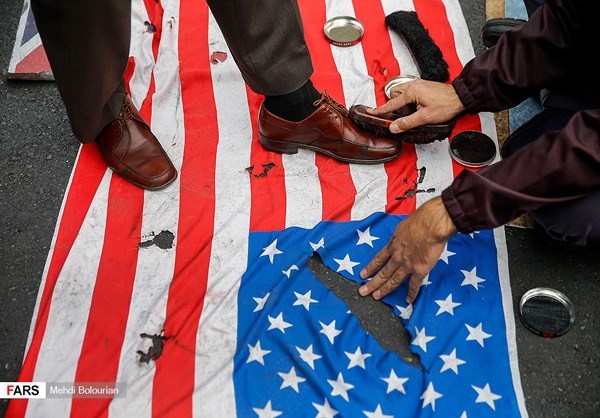 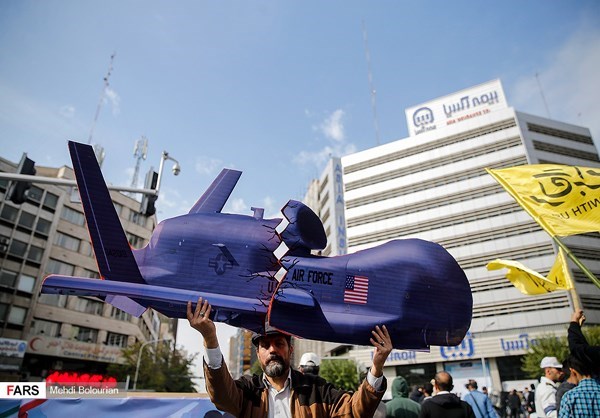 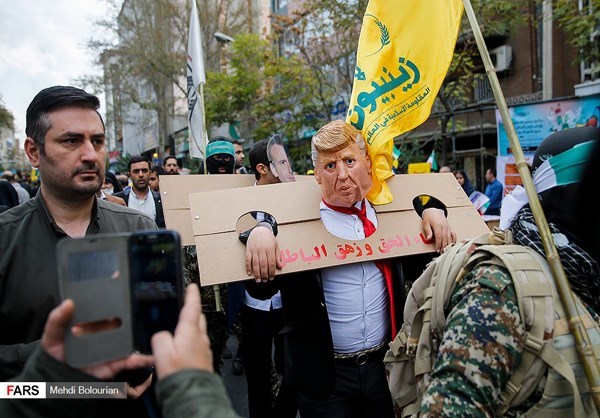 Commemorations in Other Cities on November 4 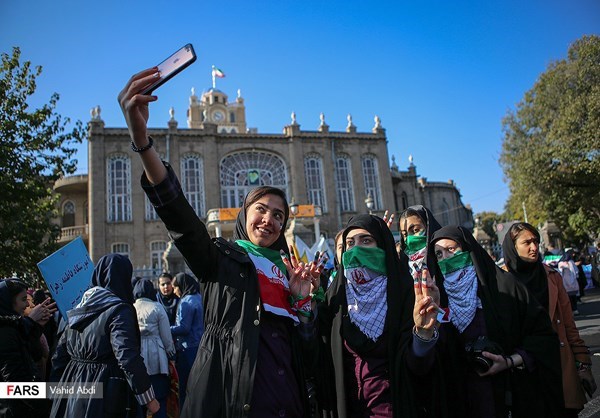 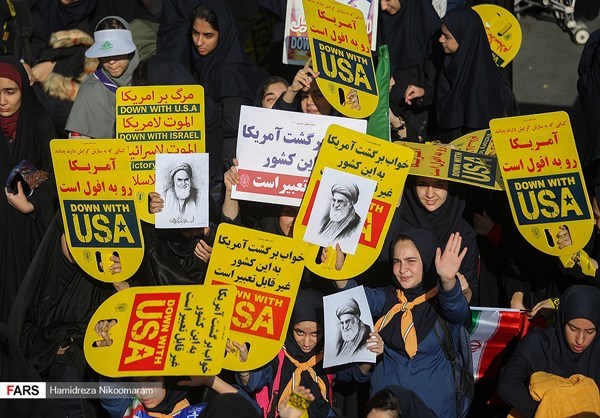