Inside the Former U.S. Embassy in Tehran

For almost four decades, the U.S. embassy in Iran was off-limits to visitors. Students seized the embassy on November 4, 1979 to protest the Carter administration’s decision to take in the ailing former shah for medical treatment. Student leaders later said their intention was to hold the embassy for a few days, but 52 Americans ended up being held for 444 days.

After repeated attempts to visit the former U.S. embassy, Robin Wright received permission for a private tour first in 2013 and again in 2015. The embassy has been largely preserved as it was from the 1970s. The Iranians have added colorful murals on the walls and posted descriptions of rooms and relics, including intelligence equipment.

One room features several pictures from the 444-day ordeal for the American diplomats, including at a Christmas party. The anniversary of the embassy takeover is commemorated every year in Tehran with a parade, speeches and burning in effigy of U.S. leaders. The embassy is now open to visitors with tickets sold at $2.92. 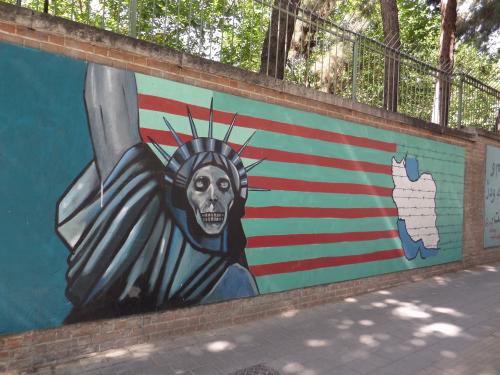 For more than three decades, the iconic image on the outside of the embassy was that of the Statue of Liberty as a skeleton. The graffiti that symbolized Iranian fury at the United States. 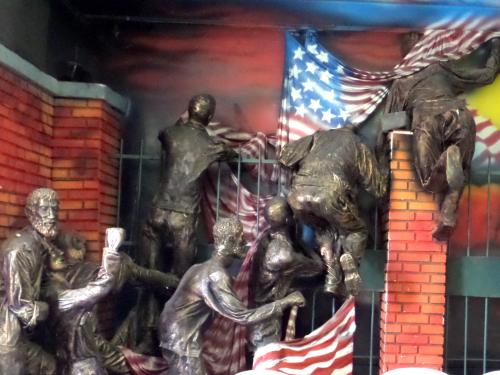 A sculpture depicts students leaping over the fence to seize the embassy on November 4, 1979. 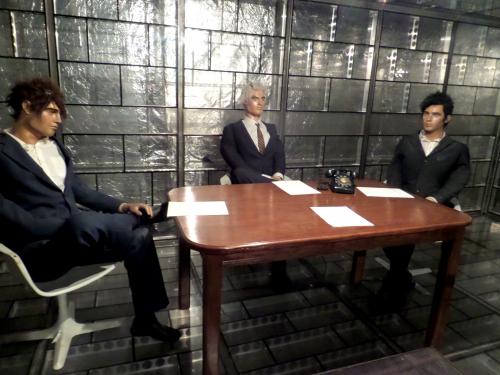 The Iranians have posed three mannequin in the room for top-secret meetings. It had equipment to prevent eavesdropping. 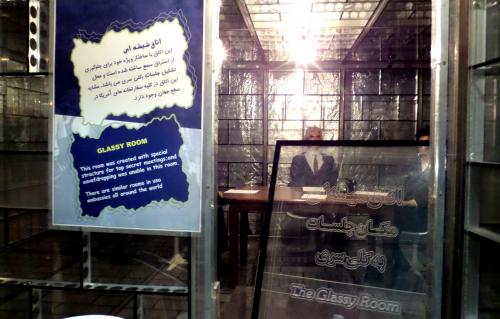 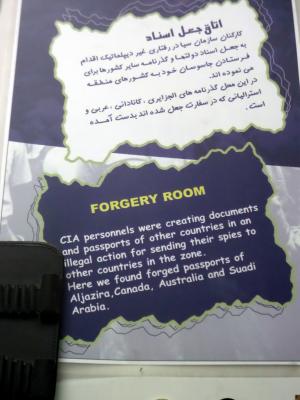 The Iranians have posted signs to describe intelligence activities inside the embassy. 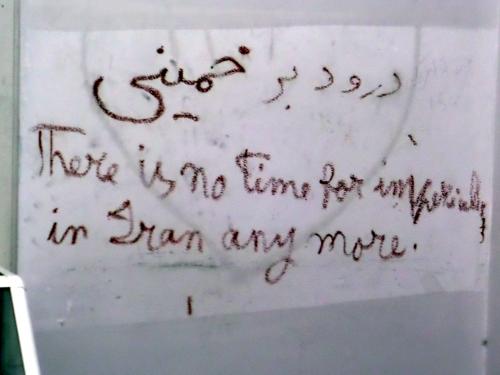 Graffiti on the inside wall reads “Greetings to Khomeini” in Farsi and “There is no time for imperialism in Iran anymore.” 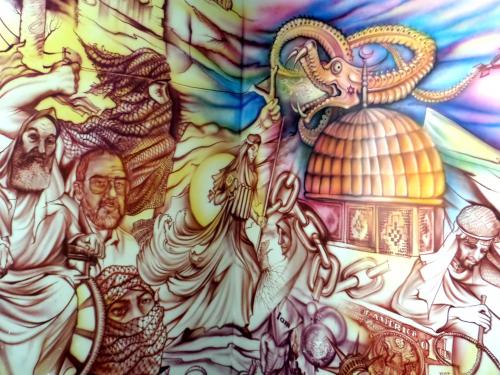 An anti-Israel and anti-American mural on an interior wall of the embassy. 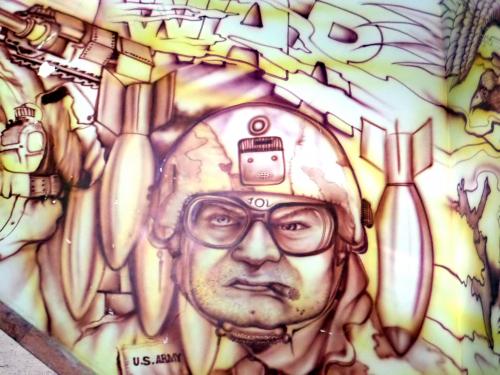 An anti-American mural on an interior wall of the embassy. 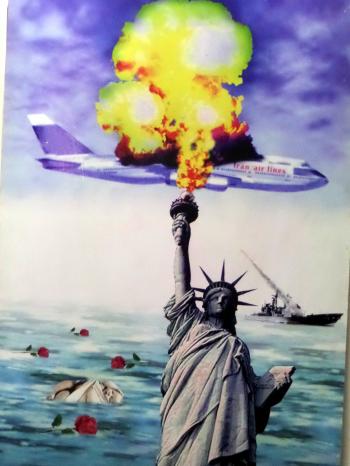 A poster commemorates the USS Vincennes shooting down Iran Air Flight 655 on July 3, 1988. All 290 passengers and crew were killed. U.S. officials claimed that the Vincennes mistook it for a warplane; Iranian leaders denounced the downing as terrorism. 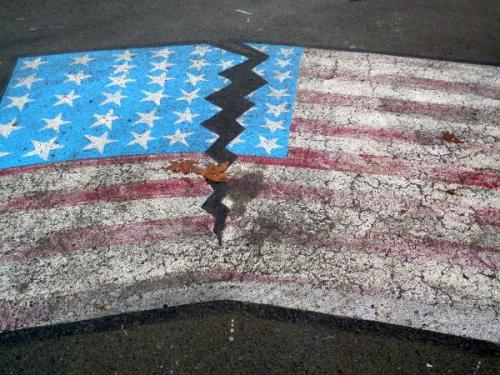 A cracked American flag is painted on the ground of the U.S. embassy.