One Year of COVID: Public Opinion

In February 2021, Iranians largely approved of their government’s handling of COVID-19, even though almost four out of five reported that they knew someone who was struck with or died from the disease. Public opinion polling conducted one year into the pandemic revealed contrasting trends. On government performance, the poll conducted by IranPoll for the University of Maryland's Center for International and Security Studies found that:

The pandemic had a sweeping impact, medically and economically, across the country. The survey also found that:

Most Iranians – 59 percent – said that they would “definitely get vaccinated,” while 23 percent said that they would “probably get vaccinated.” The first survey was conducted between September 1 and October 2, 2020. The second survey was conducted from January 26, 2021 to February 6, 2021. The sample size for each was around 1,000 people with a margin of error of 3.1 percent. 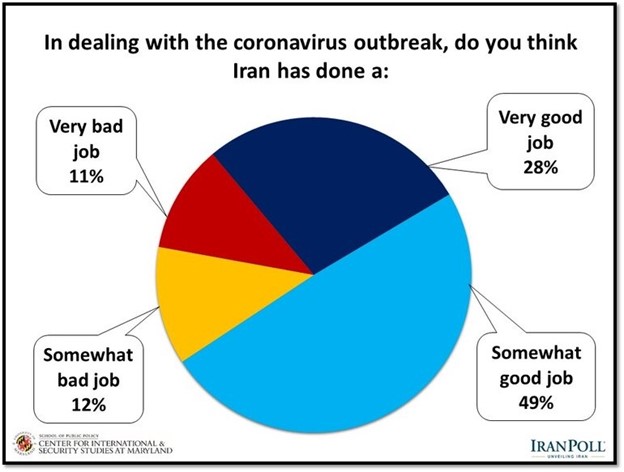 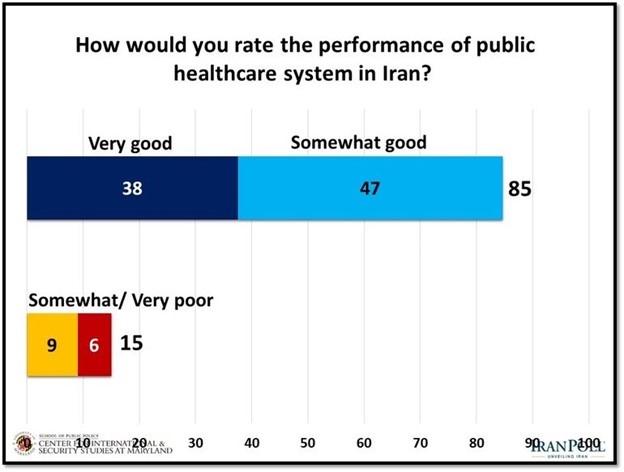 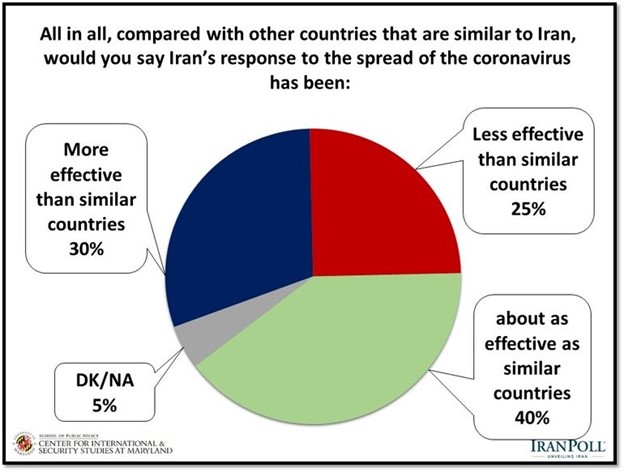 Impact of COVID-19 on Iranians 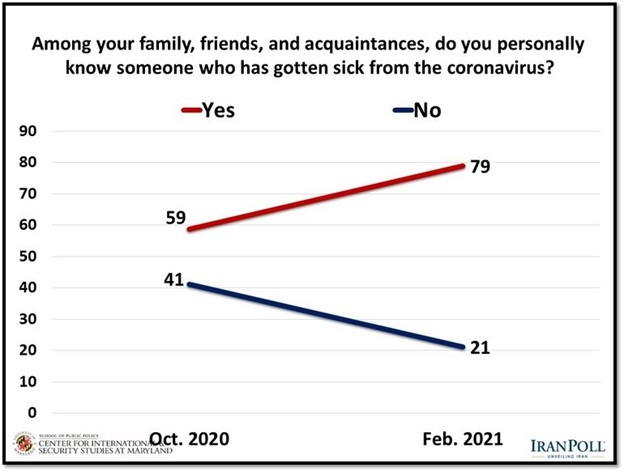 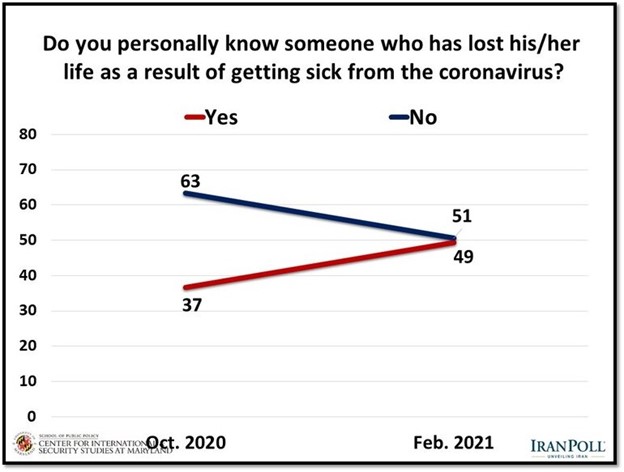 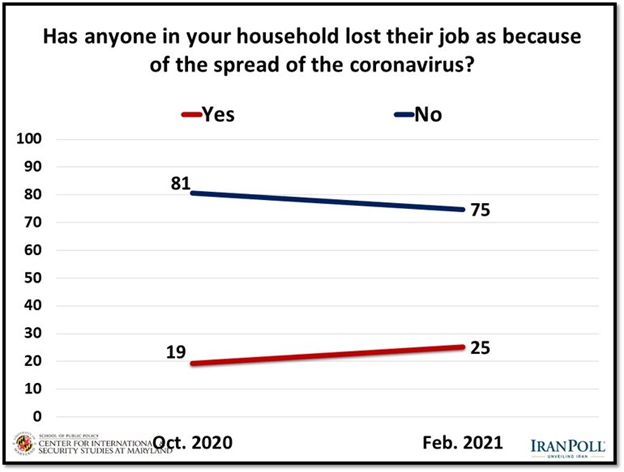 Willingness to Be Vaccinated 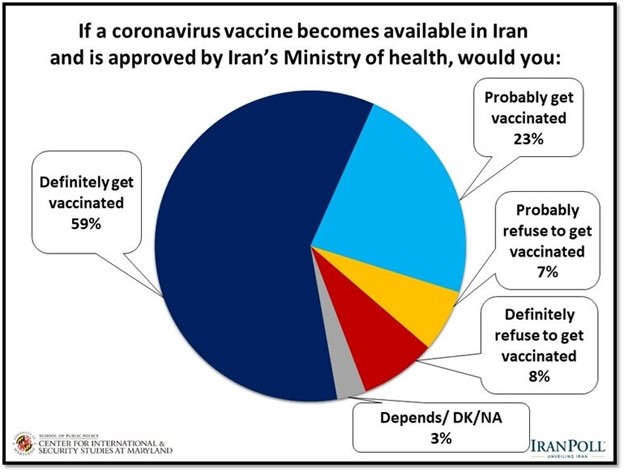