Dozens of high-ranking Iranian officials have contracted the coronavirus COVID-19, which originated in China in late 2019 and was first reported in the Islamic Republic in February. Two vice presidents were among the early cases. The virus has since swept through the ranks of the executive branch, parliament, the military, the clergy and even the health care services.

On March 3, Parliament’s Deputy Speaker Abdolreza Mesri said that 23 members of parliament—eight percent of the Majles—had contracted the disease. The same day, Parliament was suspended indefinitely to prevent new infections. “These people have a close relationship with the people and they carry different viruses from different parts of the country, which may create a new virus, so we recommend the lawmakers to cut off their relationship with the public for now,” Mesri said.  On March 4, Vice President Eshaq Jahangiri announced the suspension of overseas travel for government officials.

By March 10, at least nine current or former officials had died from COVID-19, including Mohammad Mirmohammadi, a member of the Expediency Council, and Hossein Sheikholeslam, a former deputy foreign minister and ambassador to Syria who had been a major figure during the seizure of the U.S. Embassy in Tehran. Five members of Iran's elite Revolutionary Guards had also reportedly died from the virus. The following is a list of government officials who have contracted the virus.

Hadi Khosroshahi: Khosroshahi was a prominent cleric in the Qom Seminary and served as a representative of Ayatollah Khomeini in the Ministry of Culture and Islamic Guidance after the 1979 revolution. In 1981, he was appointed to be the Islamic Republic’s first ambassador to the Vatican. On February 27, 2020, state media reported that Khosroshahi had died of the novel virus after he was admitted to a Tehran hospital a day earlier.

Mohammad Ali Ramazani Dastak: Dastak was a newly elected lawmaker from Astana Ashrafieh. On February 29, 2020, the Iranian media reported that he had died from the coronavirus after he was admitted for respiratory and pulmonary disease several days earlier.

Ahmad Tuyserkani: Tuyserkani was a close advisor to judiciary chief Ibrahim Raisi. On March 1, 2020, state media reported that he had died from the virus.

Mohammad Mirmohammadi: Mirmohammadi, a member of the Expediency Council since 2017, was reportedly a close confidant of Supreme Leader Ayatollah Ali Khamenei. He was a member of parliament from Qom for two terms between 2000 and 2008. Mirmohammadi also served as presidential chief of staff under the administrations of Ayatollah Ali Khamenei in the 1980s and Akbar Hashemi Rafsanjani in the 1990s. On March 2, 2020, state media reported that Mirmohammadi had died from coronavirus. He was the highest-ranking Iranian official to die from the disease.

Hossein Sheikholeslam: Sheikholeslam, who had studied computer engineering at the University of California, Berkeley, participated in the takeover of the U.S. Embassy. He served as deputy foreign minister from 1981 to 1997. In 1998, he was appointed ambassador to Syria, where he was stationed until 2003. He was a member of parliament for one term between 2004 and 2008. On March 5, 2020, Sheikholeslam died two days after testing positive for coronavirus, according to the Islamic Republic News Agency. Prior to his death, he had been an advisor to Foreign Minister Mohammad Javad Zarif. 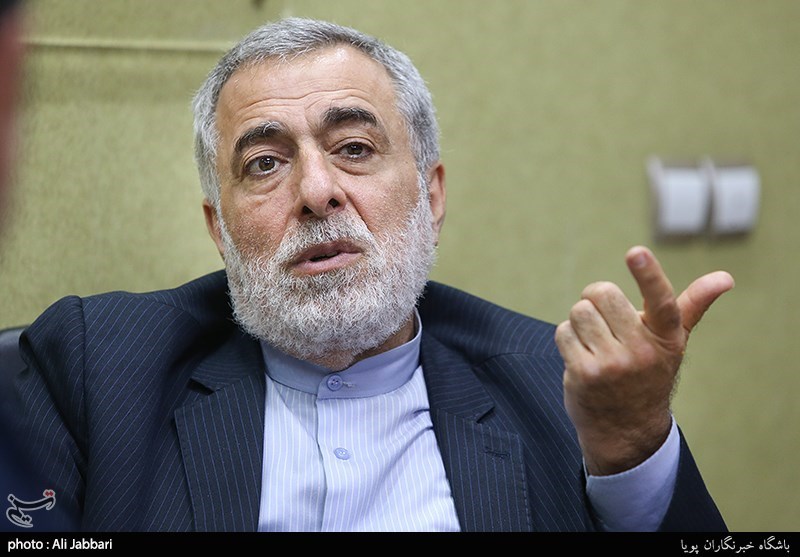 Ayatollah Mohsen Habibi: Ayatollah Habibi was head of the Seminary of Ayatollah Ahmad Mojtahedi in Tehran and a member of the Supreme Council of Tehran’s Seminaries. On March 5, 2020, he died from coronavirus.

Mojtaba Fazeli: Fazeli served as the chief of staff of top cleric Ayatollah Shobeiri Zanjani. On March 6, 2020, he reportedly died from coronavirus.

Fatemeh Rahbar: Rahbar was a conservative member of parliament who had served as a representative of Tehran for three terms between 2004 and 2016. She was elected to a fourth term in the February 2020 parliamentary elections. On March 7, 2020, state media reported that Rahbar had died of the coronavirus. 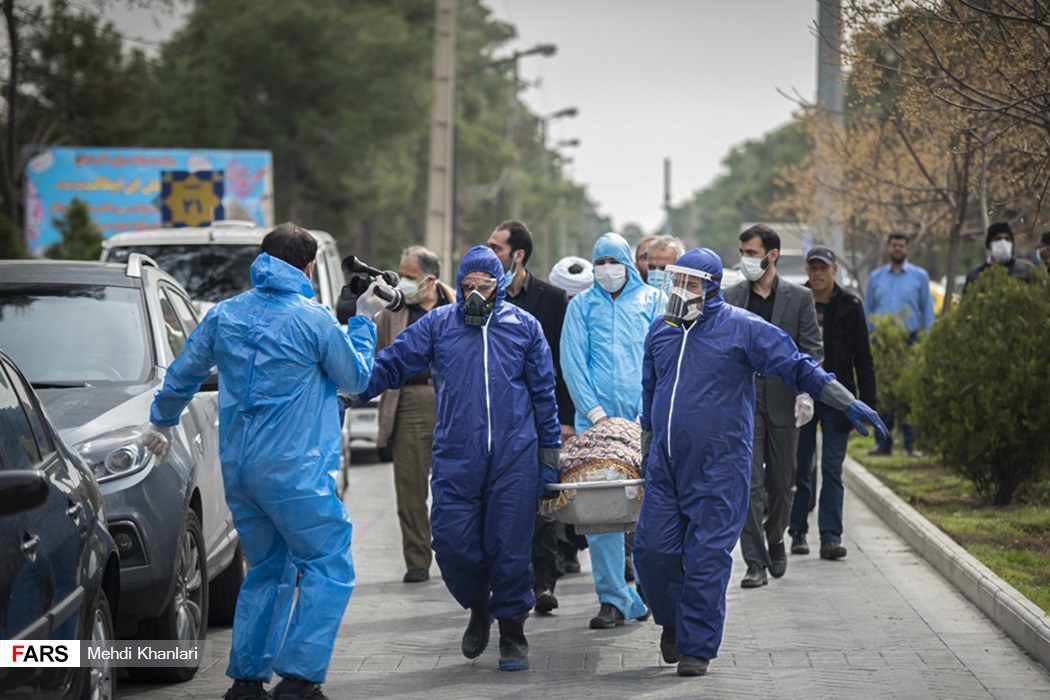 Ayatollah Reza Mohammadi Langroudi: Ayatollah Langroudi was a prominent cleric and a student of Ayatollah Ruhollah Khomeini, the founder of the Islamic Republic. On March 7, 2020, state media said that he had died from coronavirus.

Farzad Tazari: Tazari was the former deputy of the political department of the Islamic Revolutionary Guard Corps (IRGC). He had also been a member of the IRGC’s intelligence organization, according to Tasnim news agency. On March 9, 2020, Tazari died from the coronavirus.

Mohammad Reza Rahchamani: Rahchamani represented Sabzeva in parliament for four terms between 1984 and 2000. He was a member of the reformist camp and had served as the secretary general of the National and Cooperation Party. On March 9, 2020, state media reported that Rahchamani had died from the coronavirus.

Nasser Shabani: Shabani was a senior commander of the IRGC, serving in the military for 37 years. In 1982, he helped suppress the Amol uprising as commander of the Amol Corps in Mazandaran province. In 2011, he was appointed president of Imam Hussein University, one of the IRGC's most prestigious universities. On March 13, state media reported that Shabani had died from the virus.

Ayatollah Hashem Bathayi Golpayegani: Golpayegani was a senior cleric and a representative of Tehran in the Assembly of Experts since 2016. He had previously served as the governor of Chaharmahal and Bakhtiari Province. On March 16, he reportedly died from coronavirus two days after testing positive for the disease.

Hamid Kahram: Kahram was a former member of parliament, who represented the city of Ahvaz from 2000 to 2004. He also served as President Hassan Rouhani’s campaign manager in Khuzestan province during the 2017 presidential election. On March 19, state media reported that Kahram had died from the virus.

Habib Barzegari: Barzegari served as advisor to the representative of the Supreme Leader in Meybod in Yazd Province. He was a founding member of the IRGC in the city of Meybod. Barzegari died from the coronavirus on March 24.

Mojtaba Rahmanzadeh: The mayor of Tehran’s District 13 reported flu-like symptoms on February 11, 2020. On February 22, Rahmanzadeh was one of the first Iranian officials to be diagnosed with coronavirus.

Mohammad Reza Ghadir: The chancellor of Qom's Medical Sciences University had expressed concern over the spread of the disease in Qom and said that the Health Ministry had blocked him from releasing updated statistics. On February 23, 2020, Ghadir tested positive for the coronavirus.

Iraj Harirchi: Harirchi, the deputy health minister, initially downplayed the extent of the coronavirus outbreak. “We have managed to reduce the problem to the minimum," he said during a press conference on February 24, 2020, in which he appeared visibly sick. Harirchi announced his infection the following day. “We’ll defeat corona. Be assured. I’m saying this deep from my heart. This virus is democratic, and it doesn’t distinguish between poor and rich or statesman and an ordinary citizen,” he said.

Mahmoud Sadeghi: Sadeghi, a reformist, has represented Tehran in parliament since 2016. Sadeghi was disqualified from running in the February 2020 elections by Iran’s Guardian Council. On February 25, 2020, he announced that he had contracted the virus. “I send this message in a situation where I have little hope of surviving in this world,” he said in a video message. Sadeghi posted subsequent videos on social media saying that he had recovered.

Mojtaba Zonnour: Zonnour, a conservative lawmaker, was elected chairman of Parliament’s National Security and Foreign Policy Committee in June 2019. He has represented the holy city of Qom since 2016. Zonnour was elected to a second term in the February 2020 parliamentary elections. He was previously the Deputy Representative of the Supreme Leader to the IRGC. On February 27, 2020, Zonnour, announced in a video message that he had tested positive for coronavirus.

Masoumeh Ebtekar: Ebetkar has served as Vice President for Women’s Affairs since August 2017 and is the highest-ranking woman in Iran’s government. She had previously been a member of Tehran’s City Council from 2007 to 2013 before being appointed Vice President for the Environment between 2013 and 2017. Ebtekar, who had grown up in the United States, gained fame as “Sister Mary” when she was the spokeswomen for the students who seized the U.S. Embassy in 1979. On February 27, 2020, Ebtekar’s deputy confirmed that she had tested positive for coronavirus. 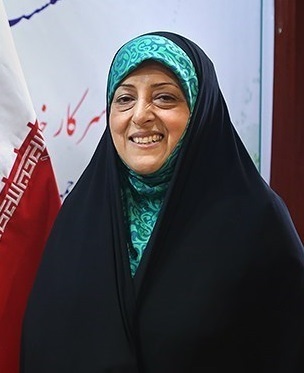 Masoumeh Aghapour Alishahi: Alishahi is a member of parliament from East Azerbaijan province. On February 29, she announced that she had tested positive for coronavirus. “I am certain that I was infected with the virus inside the parliament,” she said in the video message.

Mostafa Pourmohammadi: Pourmohammadi served as Minister of Justice from 2013 to 2017. He was previously Minister of the Interior from 2005 to 2008. On February 29, 2020, state media reported that he had tested positive for coronavirus after being admitted to Tehran’s Daneshvari hospital two days prior.

Pirhossein Kolivand: Kolivand is director of the Red Crescent Society of Iran, the country’s emergency medical service. On March 3, 2020, state media reported that he had contracted the coronavirus.

Eshaq Jahangiri: Jahangiri has served as Iran’s First Vice President since 2013. He was  the Minister of Industries and Mines between 2001 and  2005. On March 4, Iran Wire reported that Vice President Jahangiri had tested positive for the coronavirus. He was reportedly quarantined in his home after he began showing symptoms on February 28, 2020. On March 11, the government confirmed that he had the virus. 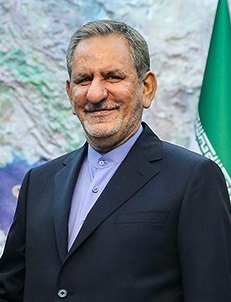 Reza Rahmani: Rahmani has served as the Minister of Industry, Mines and Business since 2018. He had previously served three terms in parliament from 2004 to 2016 as a representative of Tabriz, Osku and Azarshahr. On March 4, 2020, state media  reported that Rahmani had tested positive for coronavirus. But semi-official ILNA news agency later said that Rahmani had been hospitalized for “chemical injuries” sustained during the Iran-Iraq war in the 1980s.

Zohreh Elahian: Elahian represented Tehran in parliament from 2008 to 2016. She was re-elected in February 2020 to serve a third term. On March 4, 2020, the semi-official YJC news agency reported that she had contracted coronavirus.

Esmail Najjar: Najjar, chief of Interior Ministry's Crisis Management Organization tested positive for the coronavirus on March 9, 2020. “He has symptoms similar to flu symptoms and tested positive for COVID-19. He was hospitalized but after relative improvement in his conditions and doctors' approval, he was released from the hospital this morning. He will need to be in self-seclusion for a few days at home,” said government spokesman Ali Bakhtiari.

Ali Asghar Mounesan: Mounesan has served as the minister of cultural heritage, handicrafts and tourism since 2017. On March 11, 2020, Fars news agency reported that Mounesan had tested positive for coronavirus.

Reza Salehi Amiri: Amiri has been the president of the National Olympic Committee of Iran since 2018. He had previously served as the Minister of Culture and Islamic Guidance from November 2016 to August 2017. He was the Minister of Youth Affairs and Sports from August to October 2013. On March 11, 2020, Iranian outlets reported that he had tested positive for coronavirus.

Ali Akbar Velayati: Velayati has been Supreme Leader Ayatollah Ali Khamenei’s foreign policy advisor since 1997. The U.S.-trained doctor is also the president of Tehran's Masih Daneshvari Hospital, where many coronavirus patients were hospitalized. He worked in the health ministry before serving as foreign minister from 1981 to 1997. On March 12, 2020, state media reported that he had tested positive for coronavirus after he had “contacts with many coronavirus patients in past few weeks."He was reportedly in self-quarantine at his home "after having experienced mild symptoms of coronavirus." In late March, Velayati had reported recovered from COVID-19 and was seen at a ceremony on March 27.

Mohammad Reza Khatami: Khatami served as deputy speaker of parliament from 2000 to 2004. He is a prominent figure in Iran’s reformist faction. On March 28, state media reported that Khatami had been hospitalized after testing positive for COVID-19.

Ali Larijani: Larijani has served as the speaker of parliament since 2008. He was previously the Secretary of the Supreme National Security Council from 2005 to 2007. On April 2, Larijani tested positive for the virus and was placed in quarantine.