In early 2020, Europe, China and Russia rejected the Trump administration’s initiative to extend the U.N. arms embargo on Iran. The disagreement deepened the divide among the six major world powers – Britain, France, Germany, China, Russia and the United States – that negotiated the Iran nuclear deal in 2015. It also threatened to exacerbate the transatlantic rift – already deeper than at any time since World War II – between the United States and its European allies.

Under U.N. Resolution 2231, the five-year moratorium on conventional arms sales to Iran is due to expire on October 18, 2020. The embargo limits all 193 U.N. member states from selling conventional weaponry to the Islamic Republic.

The Trump administration announced plans to introduce a new resolution to extend the embargo indefinitely. On June 24, the Security Council began talks on the U.S. proposal. But China and Russia, both permanent members of the Security Council, threatened to veto the resolution even before it was introduced. Russian Foreign Minister Sergey Lavrov called the U.S. proposal “ridiculous and irresponsible” in a letter to the U.N. secretary general. The Chinese Mission to the U.N. tweeted that the United States has “no right” to extend the embargo. 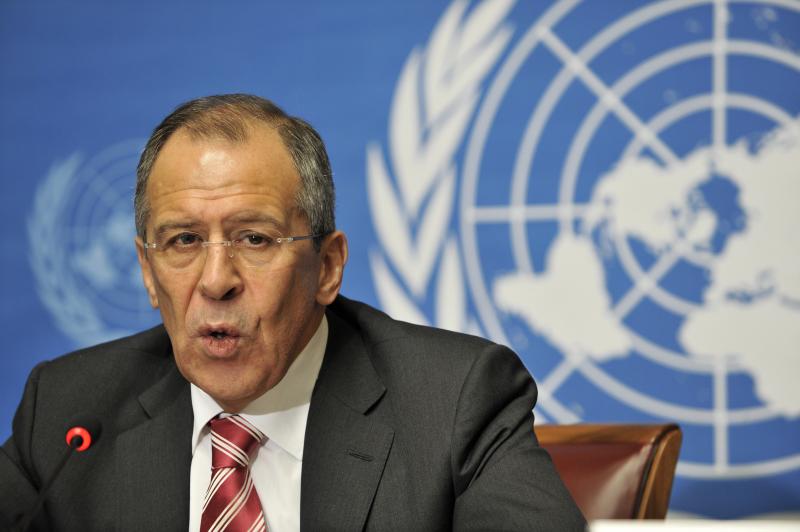 Britain, France and Germany did not reject the initiative outright, but European diplomats privately expressed misgivings with the U.S. strategy in April. European representatives in New York called for a return to the JCPOA and for full implementation of Resolution 2231, according to Iranian ambassador to the U.N. Majid Takht Ravanchi. As permanent members of the Security Council, Britain and France also have veto power. In 2020, Germany had one of 15 seats on the Security Council as a rotating member, but it did not have veto power.

Yesterday, US briefed #UNSC on the extension of arms embargo on Iran and called for Council's unity. @StateDept note on the briefing mentioned NOTHING about the reaction of UNSC members.

Perhaps reason was their UNANIMOUS call for full implementation of #JCPOA & UNSCR 2231.

The White House warned that it could invoke the “snapback” provision on U.N. sanctions on Iran—outlined in both the nuclear deal and U.N. Resolution 2231— if the U.S. resolution to extend the embargo failed. The 2015 nuclear deal stipulated that the six major powers could individually demand that the U.N. reimpose sanctions on Iran – including an arms embargo – that were in place between 2006 and 2015. Even though President Trump withdrew the United States from the deal in May 2018, his administration claimed that the U.S. still had the right to snapback sanctions as an original participant to the deal and Resolution 2231.

Josep Borrell, the E.U. High Representative for Foreign Affairs, said that the United States could not snapback sanctions since it abandoned the JCPOA. “The United States has withdrawn from the JCPOA, and now they cannot claim that they are still part of the JCPOA in order to deal with this issue from the JCPOA agreement,” he said on June 9. 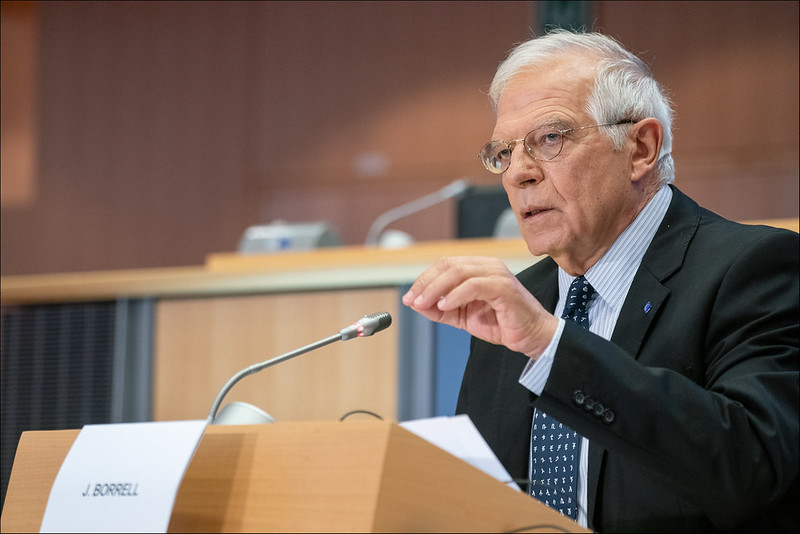 Britain, France and Germany expressed concern that triggering U.N. sanctions again could be the last straw for the nuclear agreement. “The JCPOA is a key achievement of the global non-proliferation architecture and currently the best and only way to ensure the exclusively peaceful nature of Iran’s nuclear program,” the three European foreign ministers said in a joint statement on May 30. On June 19, the three European powers warned the United States against going through with its plan. “We firmly believe that any unilateral attempt to trigger U.N. sanctions snapback would have serious adverse consequences in the UNSC. We would not support such a decision which would be incompatible with our current efforts to preserve the JCPOA,” Britain, France and Germany said in another joint statement. But the Europeans also said that the lifting of the arms embargo would have "major implications for regional security and stability." They expressed willingness to address the issue with China, Russia and other Security Council members.

E3 Joint Statement on June 19: “The E3 remain committed to fully implementing Resolution 2231 by which the JCPoA has been endorsed in 2015. However, we believe that the planned lifting of the UN conventional arms embargo established by Resolution 2231 next October would have major implications for regional security and stability. We recall that the EU embargoes on conventional arms exports and missile technology will remain in force until 2023. We wish to address the issue in close coordination with Russia and China as remaining participants to the JCPOA, as well as with all other Security Council Members, as well as other key stakeholders. We will be guided by these objectives: upholding the authority and integrity of the UN Security Council and working toward regional security and stability.

“We firmly believe that any unilateral attempt to trigger UN sanctions snapback would have serious adverse consequences in the UNSC. We would not support such a decision which would be incompatible with our current efforts to preserve the JCPoA.

“We are convinced that we must address shared concerns about Iran’s nuclear program, its ballistic missile program and its destabilising regional activities in the long term. To this end, we continue to believe that the strategy of maximum pressure will not effectively serve this goal, and instead remain committed to holding Iran to account, while pursuing meaningful diplomacy and dialogue.

“We remain committed to the JCPoA and, in order to preserve it, urge Iran to reverse all measures inconsistent with the agreement and return to full compliance without delay. We reaffirm our readiness to engage substantively with Iran.”

E3 Joint Statement on May 30: “The JCPOA is a key achievement of the global non-proliferation architecture and currently the best and only way to ensure the exclusively peaceful nature of Iran’s nuclear program. That is why we have worked continuously with the aim of ensuring the full and effective implementation of commitments under the JCPOA, in particular the return of Iran to full compliance with its nuclear commitments without delay.”

Borrell on April 30: "It's clear that in the statement by President Trump and the U.S. presidential memorandum of last May, they announced that he was ending his participation in JCPOA…And I also want to recall that the U.S. has not participated in any meetings of activities within the framework of this agreement since then. So, it's quite clear for us that the U.S. are no longer a participating member in this agreement.“

French Foreign Ministry on April 28: “This October’s lifting of the UN arms embargo established by Resolution 2231 could have major implications for regional security and stability. The EU embargo will remain in effect according to the terms of the Vienna Agreement beyond 2020 and until October 2023, as will the UN embargo on ballistic technologies and equipment. France intends to work closely on this issue with its E3 partners, its partners in the Vienna Agreement, and the Security Council. It remains fully committed to creating the conditions for a de-escalation of tensions in the region.”

Foreign Minister Sergey Lavrov on June 16: “We are determined to counter any attempts to use the situation to manipulate the UN Security Council and promote the anti-Iranian agenda... We will undoubtedly raise the issue within all multilateral international formats.”

Foreign Minister Sergey Lavrov on May 27: “Objective grounds for raising the Iranian weapons embargo issue at the UN Security Council do not exist. Weapons supplies have no relation to Iran’s nuclear program… Statements that the United States is not planning to return to its commitments under JCPOA but intends to make use of the rights that allegedly stem from UN Security Council Resolution 2231 sound ridiculous and irresponsible.”

Deputy Foreign Minister Sergey Ryabkov on April 30: "Instead of discussing which provisions of Resolution 2231 could be used to achieve certain political goals, the US would be better off ensuring the full and comprehensive implementation of the provisions of this resolution and return to full compliance with the JCPOA.”

Ministry of Foreign Affairs Spokesperson Maria Zakharova on May 14: “The United States must immediately stop its policy of undermining the JCPOA and ensure strict compliance with all requirements as per UNSC Resolution 2231 by reviewing all illegal legislative and executive action it had taken. Persistent efforts to erode the JCPOA with new anti-Iranian ideas, including the proposal to impose a permanent arms embargo against Iran, do no credit to the United States. It is quite clear that this policy has no future… Iran is our neighbor and traditional partner in the military-technical sphere. Why should we abstain from working with Iran? We do have such a right and Teheran has the legitimate right to provide for its security and defense needs.”

Ambassador to the U.N. Vassily Nebenzia on May 12: “Snapback will definitely be the end of the JCPOA ... The most intrusive inspections of a country by the IAEA will cease…I do not see any reason why an arms embargo should be imposed on Iran.”

Ambassador to International Organizations Mikhail Ulyanov on April 29: “The US attempts to present itself as ‘JCPOA participant’ have no future. It is like common sense mockery. Those who invented this idea gave a bad advice to US authorities. Cynical approaches must have their own limits in order not to compromise national policy to the worst extent.”

Foreign Minister Wang Yi on June 7: "The United States, no longer a participant to the JCPOA after walking away from it, has no right to demand the Security Council invoke a snapback.”

Chinese Mission to the UN on May 14: “US failed to meet its obligations under Resolution 2231 by withdrawing from #JCPOA. It has no right to extend an arms embargo on Iran, let alone to trigger snapback. Maintaining JCPOA is the only right way moving forward.”