Reading Iran is critical to U.S. policy-making to understand the threats and dangers, as well as changing conditions that create opportunities for engaging Tehran. But U.S. government analysts, even those with strong academic credentials and language skills, have struggled to understand Iranian politics and the constantly shifting balance of power among its many factions. Limited access has impeded accurate assessments. From the start, the revolutionary regime condemned the West and limited contacts because of U.S. support for the monarchy. Iran’s culture also values secrecy. And Shiite tradition honors taqiya, or deception in the name of survival. All three factors have made it even harder to provide reliable answers on which to base government action.
U.S. intelligence has been more successful in tracking Iran’s foreign relations, social and economic conditions and developments in the energy sector. Analysis is based on a synthesis of information from international institutions, allies with embassies in Tehran and independent academics and journalists who engage with a wide variety of Iranians during travel to Iran.
So the record of reading Iran’s often volatile domestic scene and fickle foreign policy has been mixed—beginning with the revolution itself. The revolution’s first decade from 1979 until the death of revolutionary leader Ayatollah Ruhollah Khomeini in 1989 was the toughest period. Key U.S. assessments proved partially wrong, contributing to policy missteps. In the 1990s, tentative Iranian attempts to reengage with the world after the Iran-Iraq War occurred alongside Iranian support for extremism. Determining Iran’s real intent was tricky. The reform era from 1997 to 2005 pitted factions within the regime against each other, often making it hard to tell who had the upper hand. The rise of hardliners in 2005 and 2009 elections led to crackdowns on the opposition, academics and the media, in turn further restricting information about conditions inside Iran. Five major events illustrate the challenges of reading Iran—and the impact of getting it wrong.
Missing the revolution
In 1978, the critical year of political upheaval, few U.S. analysts believed that the shah was in trouble or that a revolution was brewing. Analysis was misguided by interests, ideology, and ignorance. Washington clung to three myths: The shah was pro-American. The shah was loved at home. And the opposition was small and easily controlled. Analysis was further hampered by two factors: 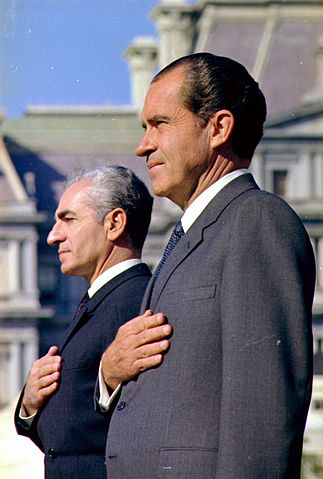 First, the shah had begun to have the upper hand in relations with Washington. In the early 1970s, he even persuaded the Nixon administration to scale back its intelligence collection inside Iran to ensure continued cooperation on regional problems. So by the late 1970s, U.S. Embassy reporting to Washington was less robust than the circumstances and stakes warranted.
Second, U.S. analysis looked at Iran primarily as a bastion against Soviet expansion, which colored its assessments. In the run-up to the revolution, Washington was more focused on leftist opposition to the shah, which it thought could be managed by Iranian security forces, rather on than the growing Islamic opposition.
After the shah’s ouster, American diplomats in Iran tried to warn Washington about the challenges of dealing with the proud but insecure new regime. In August 1979, three months before the U.S. Embassy takeover, ranking American diplomat Bruce Laingen described Tehran’s pervasive unease about the nature of the world and belief that hostile forces abound. The Carter administration, he wrote in a diplomatic cable, should not expect Iran’s new leaders to see the advantages of a long-term relationship based on trust. “Good will for good will’s sake is a waste of effort,” he wrote.
Laingen also warned the White House that it had to choose between allowing the shah into the United States for medical treatment, or strengthening relations with the new government. Carter opted to admit the shah, despite dangers to the U.S. Embassy. The shah entered the United States for medical treatment in October 1979. Less than three weeks later, students seized the sprawling American compound and held 52 hostages 444 days, an event that has framed tensions between Washington and Tehran ever since.
Iran-Contra affair
In the mid-1980s, the Reagan administration was drawn into complicated intrigue with Iran involving U.S. (and Israeli) arms transfers to Iran in exchange for the release of American hostages in Lebanon. The immediate U.S. goal was to convince Tehran to use its influence with a surrogate militia to end years of abductions of U.S. citizens in Beirut. The immediate Iranian goal was to acquire badly needed arms to hold off the Iraqi army during their eight-year war.
But the stakes were higher. The logic of the initiative was based in part on a U.S. intelligence assessment about Soviet designs on Iran. To counter the presumed Soviet push to build its influence in the Persian Gulf region, Washington wanted to use the arms-for-hostage swap to possibly improve its own relations with Iran through contact with reputed “moderates.”
In the end, Washington again misread Iranian politics, underestimating the internal divisions. While some Iranian leaders appeared interested in exploring the possibilities, others sabotaged the effort—leaking news of a high-level U.S. visit and the arms swap. In the end, Iran’s Lebanese allies only picked up more hostages. And the U.S. overture sparked a serious political crisis at home. The diplomatic drama also had lingering impact, making the United States and Iran suspicious of all back-channel initiatives and public outreach.
The Conoco deal 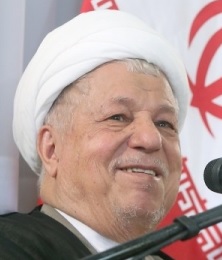 In 1995, the government of President Akbar Hashemi Rafsanjani offered a $1 billion contract to U.S. oil company Conoco to develop offshore Iranian oil and gas fields. On one hand, the Conoco contract was the most lucrative petroleum deal ever offered by Iran, under the monarchy or the theocracy. It could provide significant economic benefit to the United States. Iran also had economic incentives: It was engrossed in reconstruction after the eight-year war with Iraq, the deadliest modern Middle East conflict. Its ravaged economy needed new revenue sources. Rafsanjani also appeared interested in thawing relations with the West, which had been troubled with the United States since the 1979 hostage crisis and with Europe since a 1989 fatwa imposing the death sentence on author Salman Rushdie for his book “The Satanic Verses.”
But Washington was surprised and had difficulty interpreting the sincerity of the overture. U.S. assessments suggested that Tehran had ulterior motives—and wanted to neutralize the damage from the Clinton administration’s dual containment policy on both Iran and Iraq. Washington was pressuring European capitals and businesses to deny Iran any revenue that could fuel its support to extremists, so such a deal would make Washington look hypocritical and undermine its overall policy.
In the end, the White House issued two executive orders in spring 1995 banning U.S. investment in Iran’s energy sector. The Conoco deal was dead. Rafsanjani later claimed the United States missed a major opportunity to improve relations. “This was a message to the United States which was not correctly understood,” Rafsanjani said in an interview with ABC’s Peter Jennings.
The reform era

After the 1997 election of President Mohammed Khatami, U.S. analysts struggled to understand whether reformers could liberalize Iran’s labyrinthine institutions and political culture. The reform era initially witnessed a freer press, burgeoning civil society, vibrant women’s movement and an overture to the outside world to bring down the “wall of mistrust.” For Washington, the issue was whether it was sustainable enough to try to re-engage Iran. In unclassified threat assessments, U.S. intelligence over those eight years kept adjusting their assessments of the prospects for genuine reform in Iran:
In 2000, the Clinton administration made a tentative gesture to Tehran in hopes of launching rapprochement. Secretary of State Madeleine Albright publicly apologized for the 1953 CIA operation that ousted a democratically elected prime minister and put the shah back on the throne. She also lifted sanctions on Iranian carpets and foodstuffs and offered to expedite resolution of Iranian and U.S. assets frozen since the 1979 U.S. Embassy takeover. But Iran’s supreme leader dismissed the offer. After years of mistrust, any overture ran the risk of being seen as support for one faction over another, and Iran’s political system was unable or unwilling to respond.
Nuclear intentions

U.S. government analysts and outside experts have tried to discern Iran’s capabilities and intentions in the nuclear field for many years. Fierce debates about whether Iran was really committed to a peaceful program or was hiding a weapons program have continued, even after formal talks over Iran’s nuclear program began in 2013. Government policy makers have realized that intelligence can provide information and knowledge, but not necessarily in sufficient detail to make definitive judgments. Analysis about the intentions and motivations of Iran’s leaders is based on judgment, not on scientifically proven empirical data. 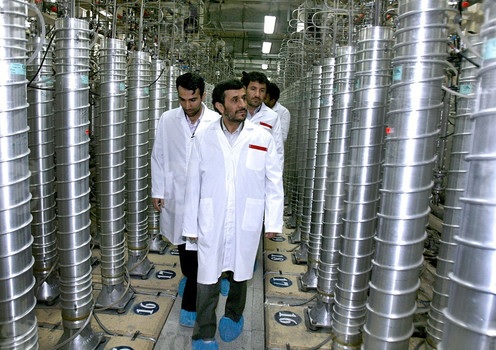 For more than a decade, U.S. intelligence officials have publicly discussed the prospects for Iran becoming a nuclear power. In 1996, for example, Director of Central Intelligence (DCI) John Deutch said that Iran could produce a nuclear weapon by the end of the decade without outside assistance. Six years later, DCI George Tenet focused on indigenous production and judged that by 2010, Iran could produce enough fissile material for a bomb. In February 2015, public testimony by senior intelligence officials demonstrated that the analysis was shifting, to integrate the new facts from the negotiating process:
“We also continue to assess that Iran does not face any insurmountable technical barriers to producing a nuclear weapon, making Iran’s political will the central issue. However, Iranian implementation of the Joint Plan of Action (JPOA) has at least temporarily inhibited further progress in its uranium enrichment and plutonium production capabilities and effectively eliminated Iran’s stockpile of 20 percent enriched uranium. The agreement has also enhanced the transparency of Iran’s nuclear activities, mainly through improved International Atomic Energy Agency (IAEA) access and earlier warning of any effort to make material for nuclear weapons using its safeguarded facilities.”
Since nuclear talks began in 2013, hordes of new information about Iran’s technical capabilities have been revealed, by the Iranians themselves and by international inspectors. Non-government experts have been able to pore over details and build models to assist the negotiations process and refine the negotiators’ understanding of “breakout” time; the time needed to produce enough weapons grade uranium for one bomb.
Beyond the Nuclear Deal: A New Beginning for Reading Iran?
Should a deal come into force and all parties comply with their obligations, more information about Iran’s capabilities and political behavior will become available. Iran’s commitment to curtail its nuclear activities will lead to important, most likely gradual, shifts in how Iran engages with the outside world. The lifting of sanctions, for example, will create new relationships between Iran’s economic and commercial communities and their global counterparts. Politically, Iran will be less isolated, and will have opportunities, if desired, to raise its profile in Western capitals and with societies beyond its region. Cultural exchanges will likely expand, and Iran might be more open to foreign journalists and scholars than it has been during most of the revolutionary period.
All these connections between Iran and the outside world will provide new knowledge and insight into Iran. The possibility of opening U.S. diplomatic facilities in Iran would also improve access to information about Iranian officials, and the mood in “the street.” But Iran itself will undergo changes as this process unfolds, so the challenge of reading Iran will be an ongoing and dynamic process.
Ellen Laipson, Distinguished Fellow and President Emeritus at the Stimson Center, worked on Iran and other Middle East issues on the National Security Council, the National Intelligence Council and at the Congressional Research Service.