Politics and the Clergy

Overview
Shiite clerics have been able to mobilize the Iranian masses far better than any other socio-political authority. Clerics form the broadest social network in Iran, exerting their influence from the most remote village to the biggest cities. So while most opposition groups participated in the 1979 revolution, the clergy established hegemony over Iran’s new political system after the shah’s ouster. They emerged from a crowded field for several reasons. First, Islamic revolutionaries ruthlessly eliminated their rivals. Second, the regime tapped into the popularity and legitimacy conferred by its call to Islam, a force rooted in Iran’s social history. None of the other revolutionary political factions benefited from the traditional legitimacy and social network provided by the Shiite clerical establishment. 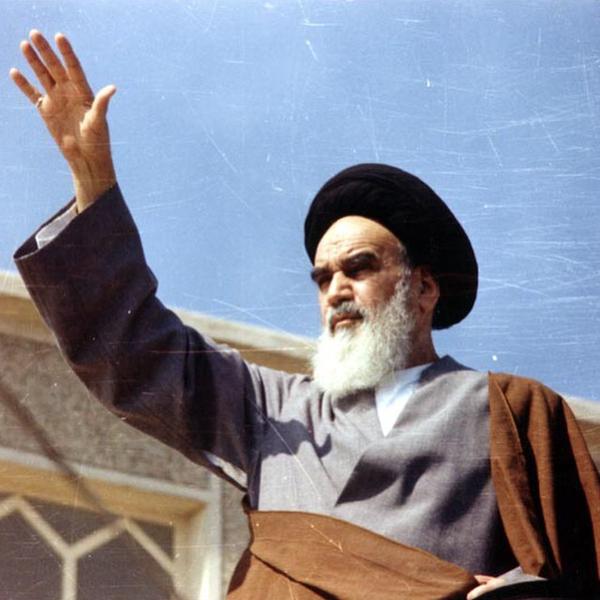 The new Islamic government tapped into the clergy’s power to achieve its agenda—not only on religious or political matters. After the Iran-Iraq War, clerics were dispatched throughout the country to encourage families to have fewer children. A soaring birth rate after the revolution had almost doubled the population within a decade from 34 million to 62 million, which threatened to stifle future economic growth. The government’s ploy was effective; the Iranian birth rate declined dramatically.
The regime and the clerical establishment now have a symbiotic relationship that shapes both politics and production of the next clerical generation. The alliance no longer tolerates clerics who think or behave outside the framework of the regime’s specific Islamic ideology. Prominent clerics such as late Ahmad Ghabel, Mohsen Kadivar, Hassan Youssefi Eshkevari and Mohammad Mojtahid Shabestari have been excommunicated for heretical interpretations of Islamic theology.
But relations between the clergy and the government have also had adverse effects on the clerics’ social authority. In the 1997 presidential election, the clerical establishment supported the conservative speaker of parliament, while the majority of people voted for the dark-horse reformist candidate Mohammad Khatami. In the 2005 election, Mahmoud Ahmadinejad won in part because of voters’ frustration with government clerics, who were increasingly associated with corruption and elitism. He was the first non-cleric to win the presidency since Khomeini had a falling out with early technocrats shortly after the revolution. But Ahmadinejad lost his clerical power base due to failed economic policies, corruption and mismanagement that exacerbated pressure from tightened international sanctions on Iran. In 2013, Iranian voters again elected a cleric, Hassan Rouhani, against six lay candidates.
The political guardian
Support from Shiite clerics was traditionally one of the monarchy’s sources of political legitimacy. But the 1906-1911 Constitutional Revolution ended clerical control over Iran’s educational and judicial systems. Reza Shah Pahlavi’s forced secularization and modernization campaigns in the early twentieth century further marginalized Iran’s religious leaders. His son, Mohammad Reza Shah Pahlavi, initiated land reform that alienated both of the monarchy’s traditional power bases: the clerics and large landowners.
Feeling abandoned by the state, major landowners formed an alliance with clerics incensed at the gradual decay of their own social and political power. The shah attempted to protect himself from waves of Islamic revolutionary sentiment by using minor clerics, such as Ayatollah Ahmad Khansari and Ayatollah Kazem Shariatmadari. But they lacked sufficient clout to prop up the monarchy.
After the revolution, Ayatollah Ruhollah Khomeini announced the formation of the Islamic Republic of Iran and declared that ultimate political authority would rest in the hands of a senior cleric, the velayat-e faqih, or guardianship of the jurist. The idea represented a revolution within Shiism, which had for centuries deliberately stayed out of politics and never before ruled a state. A clerical front soon emerged to oppose the specific idea of a velayat-e faqih and the broader concept of reinterpreting Shiite theology. Many clerics believed the velayat-e faqih’s absolute authority was actually non-Islamic. 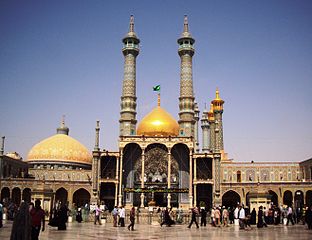 Khomeini moved swiftly to stifle clerical opposition to his rule. Many opponents were killed, jailed, exiled or marginalized. He labeled his clerical critics “stupid,” “ossified,” “colonized” and “loyal to American Islam.” To widen his influence, the charismatic revolutionary leader also tried to assume control over the international Shiite community. But several grand ayatollahs from the Iranian holy city of Qom and Shiism’s theological center in Najaf, Iraq still enjoyed large followings. The stature of these religious figures—including Abul Qassem Khoi, Mohammad Reza Golpayegani and Shahab Al-Din Marashi Najafi—prevented the regime from swallowing the clerical establishment. Eight years of war with Iraq also prevented Khomeini from doing more to eliminate his clerical rivals all at once.
The successor
Khomeini died in 1989, and the Assembly of Experts selected Ayatollah Ali Khamenei as the new supreme leader. Khamenei was not a natural successor of Khomeini. He lacked serious religious and political credentials and was noticeably devoid of charisma. Many other figures in his generation were closer to and seen as potential heirs to Khomeini’s rule.
Khamenei’ chief rival was Ayatollah Ali Montazeri, who had actually been appointed Khomeini’s successor years earlier. But Montazeri had been fired after sharp disagreements, particularly after the execution of thousands of political prisoners in 1988. Khamenei’s appointment disappointed the traditional Shiite clergy; he was able to assume control only with the help of Iran’s security apparatus and state propaganda.
Clerical purge
Khamenei gradually began to consolidate his hold on power. He was aided by the deaths of grand ayatollahs, such as Mohammad Reza Gopayegani and Shahab Al-Din Marashi Najafi, who had fought to guarantee the clergy’s independence from government. But the regime also launched a second concerted attack on the clerical establishment. It began with an attempt to monopolize management of the clergy, many of whom ran their own seminaries, had their own followings, and earned their own incomes. 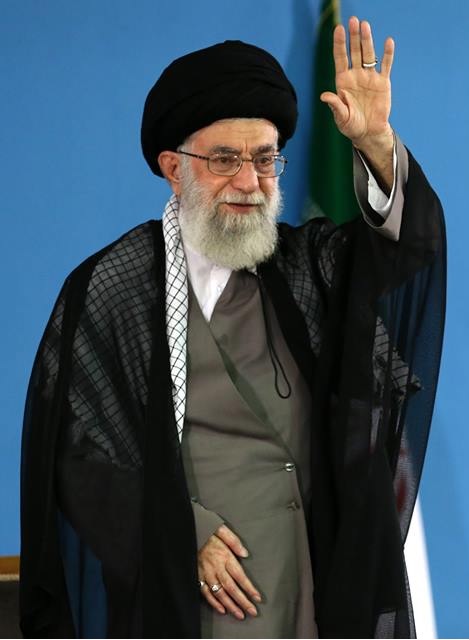 The regime computerized and unified data on the clergy of all ranks to make information on their economic and intellectual lives accessible to the government. It also co-opted the clerical establishment through hefty government stipends as well as other exclusive and profitable privileges. Khamenei increasingly became the ultimate authority over all religious seminaries, as well as supreme leader of the Iranian government. By throwing in with the regime, the clergy also increasingly abdicated their role as the exclusive “managers of the sacred affaires” of Iranian society. The clerical establishment effectively became the central ideological apparatus of the state. And the government increasingly gained control of defining the “sacred.”
The Islamic regime now uses its control over mosque and state to suppress both “popular Islam,” Sufism and religious intellectualism, which have all gained ground among the public since the mid-1990s. “Popular Islam” is the faith as lived and practiced by ordinary people, and does not necessarily correspond with theological Islam or official Islam imposed by state. Sufism is an interpretation of Islam which focuses on spiritual content of the Prophet Mohammad’s message, rather than Islamic law. And religious intellectualism centers on liberal democratic interpretations of Islam. All three extend the borders of the “sacred” far beyond what is acceptable to the Islamic Republic. All three threaten the regime’s version of “official Islam.”
The regime’s expanding power over traditionally independent clerics has stifled religious thought and even forced clerics to disconnect from the establishment. Many do not have the intellectual freedom even outside the seminaries; they are still harassed by intelligence services. Another clerical minority has tried to withdraw from politics and avoid public activities, instead devoting themselves to worship and education. But the majority of clerics prefer the benefits of government financial resources and the political advantages of a close association with the regime.
Important organizations

Trendlines
Mehdi Khalaji, a senior fellow at The Washington Institute for Near East Policy, studied Shiite theology in the Qom seminary of Iran.
This chapter was originally published in 2010, and is updated as of October 2015.