Since the 1979 revolution, Iran's politics have changed dramatically from a one-party system heavily dominated by clerics to a multi-party system dominated by lay politicians. Iran’s parliament is illustrative. Iranians will head to the polls on Feb. 21, 2020 to elect the 11th parliament. The key trends:

(Click here for more information on trends in the 2020 parliamentary election.) 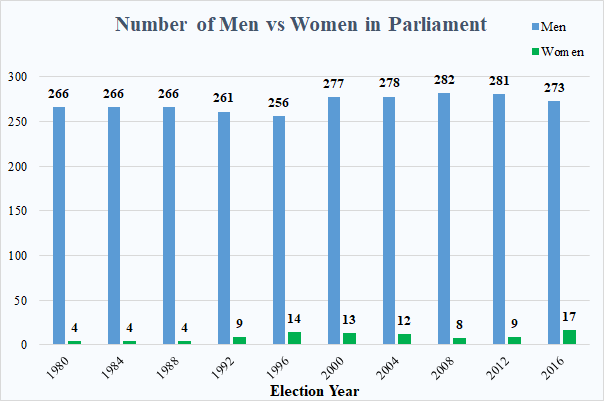 Source: The Iran Primer and the Ministry of Interior 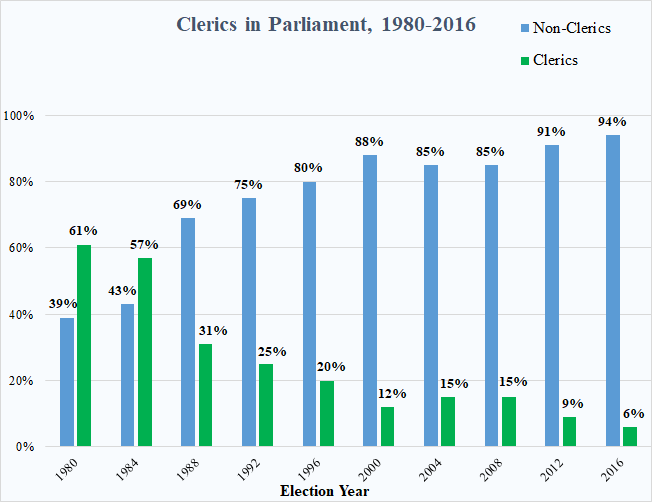 Source: The Iran Primer and “Duality by Design: The Iranian Electoral System” (data from the Iranian Ministry of Education)

Political participation is up in 2020. More than 16,000 Iranians registered to run in the February election, a 33 percent increase from 2016. Some 12 percent, or more than 1,900 of the candidates, were women. It was a slight increase compared to 2016. But in Iran, all candidates are vetted by the Guardian Council, and many are usually disqualified. The increase, however, indicated public interest in running for office. 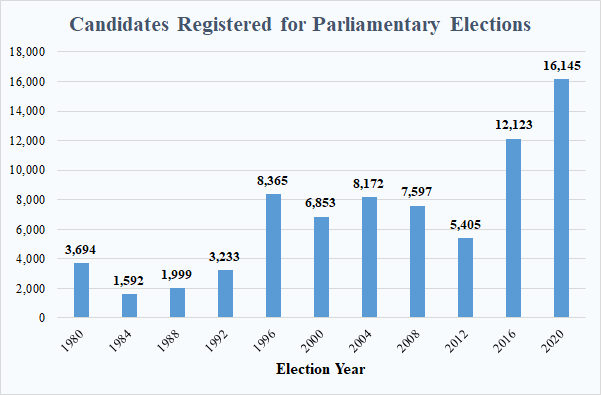 Source: The Iran Primer and the Ministry of Interior

The Guardian Council had rejected nearly two-thirds of the hopefuls as of January 2020, but appeals were ongoing. Many reformist candidates were reportedly barred, which prompted President Hassan Rouhani to lash out at the Guardian Council, which is dominated by hardliners. “Do not tell the people that for every seat in parliament there are 17, 170 or 1,700 candidates running in the election,” he said in a televised address to his cabinet on January 15. “Seventeen-hundred candidates from how many factions? Seventeen candidates from how many parties? From one party? This is not an election.” 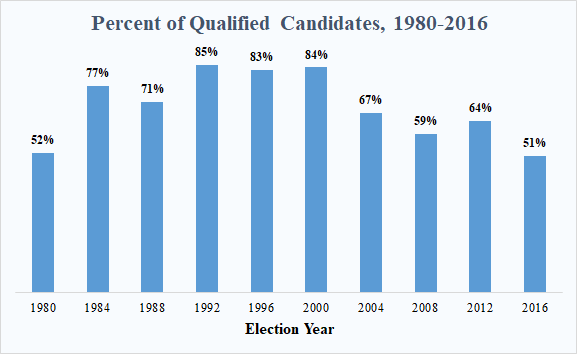 The turnout in parliamentary elections has often been lower than in presidential contests. Both are held every four years, but never in the same year.

The highest turnout in a parliamentary election was 71 percent in 1996. Reformists won a majority of seats that year. The lowest turnout was 51 percent in 2008. Conservatives swept the election. They had an advantage following the aggressive vetting of reformists. 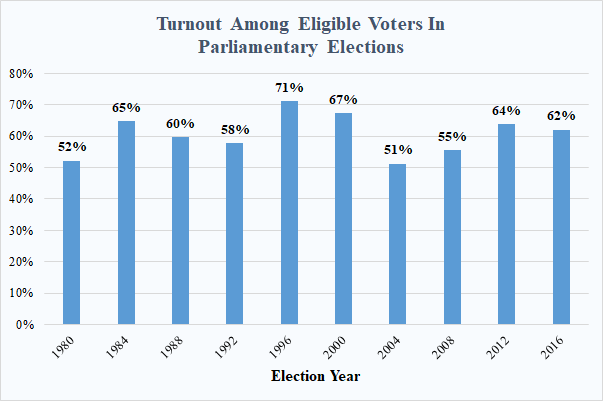 Source: Iran Data Portal (data from the Ministry of Interior)

Some 85 percent of eligible voters participated in the disputed 2009 presidential election, which was won by President Mahmoud Ahmadinejad and led to the Green Movement uprising. Despite doubts about the results of that poll, the turnout was 73 percent in both the 2013 and 2017 elections won by President Hassan Rouhani. 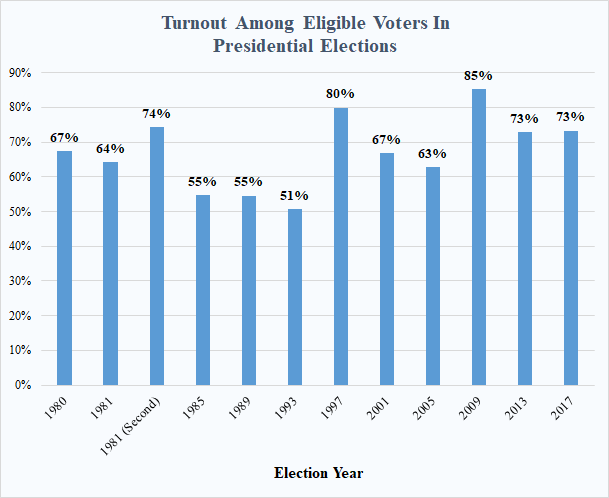 Source: Iran Data Portal (data from the Ministry of Interior)

This article is based on research done by Katayoun Kishi, who was a research assistant at the U.S. Institute of Peace in 2016.