In November 2020, Iranian Foreign Minister Mohammad Javad Zarif traveled to Venezuela, Cuba and Bolivia. The three countries shared Iran's anti-Americanism and sought deeper bilateral relations with Tehran. On November 5, Zarif met with Venezuelan President Nicolás Maduro and other government officials in Caracas. "[This] visit ratifies the unshakeable spirit of the strategic relations of cooperation and solidarity between Iran and Venezuela," Maduro tweeted after the meeting. On November 6, Zarif traveled to Havana, where he visited Cuban medical facilities and met Cuba's deputy prime minister. Zarif ended his Latin America trip in Bolivia, where he attended the inauguration of Bolivian President Luis Arce on November 8. 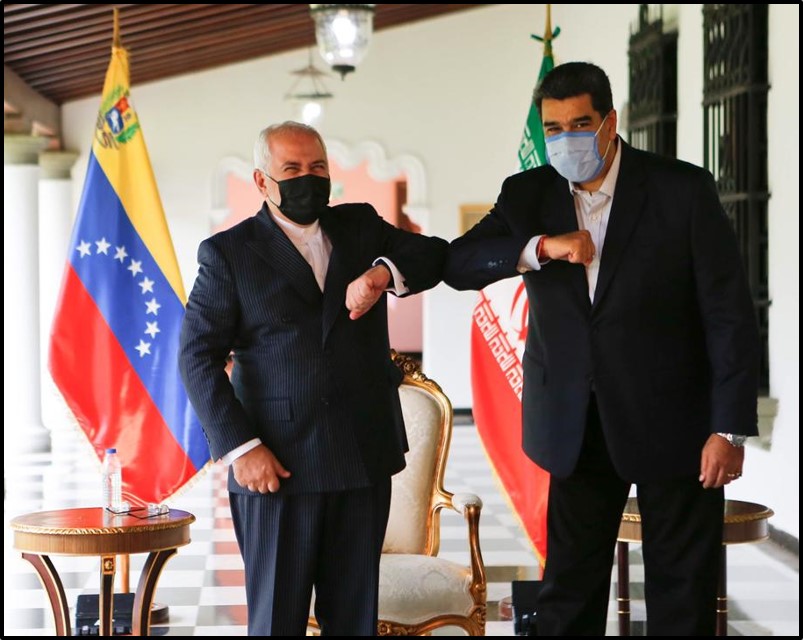 Zarif elbow bumped President Maduro in Caracas. "[This] visit ratifies the unshakeable spirit of the strategic relations of cooperation and solidarity between Iran and Venezuela," Maduro tweeted after the meeting. 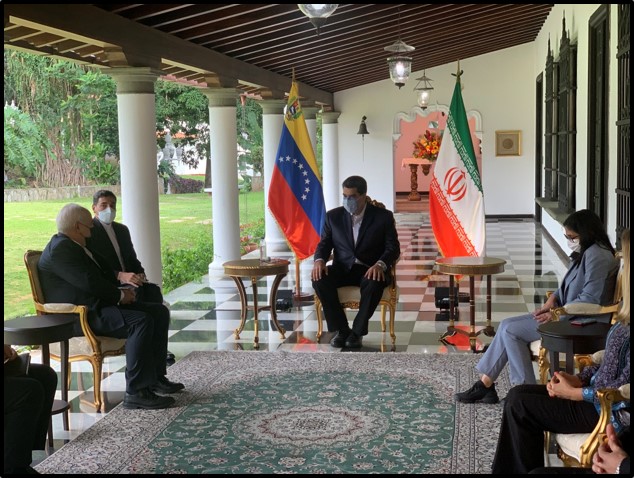 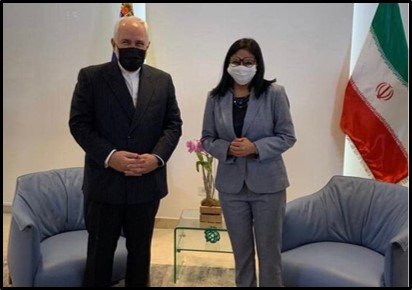 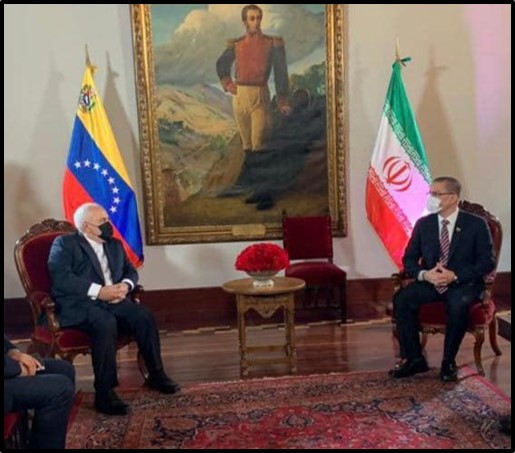 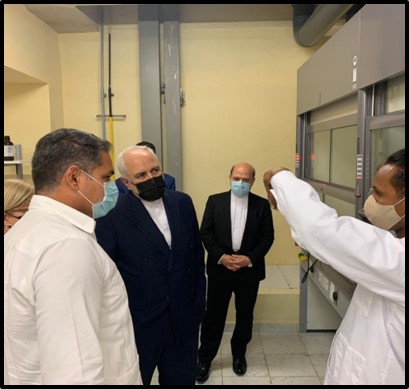 In Havana, Zarif was briefed on Cuba’s coronavirus vaccine efforts at the Centre for Advanced Studies and the Centre for Genetic Engineering and Biotechnology. "I was impressed by Cuba's Nano & #COVID19 achievements," Zarif tweeted. 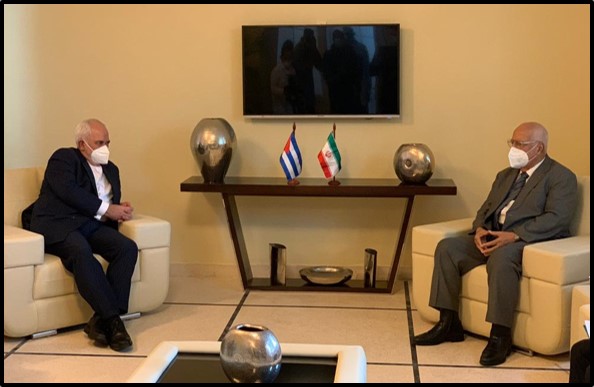 Zarif met with Cuban Deputy Prime Minister Ricardo Cabrisas. They "agreed to draw on one another’s experience in the domains of medicine, nanotechnology, science and energy as well as in the pharmaceutical industry," the Iranian Foreign Ministry said. 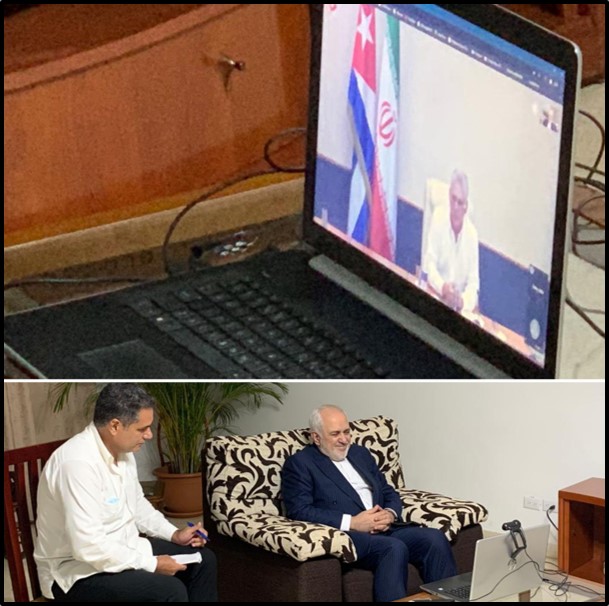 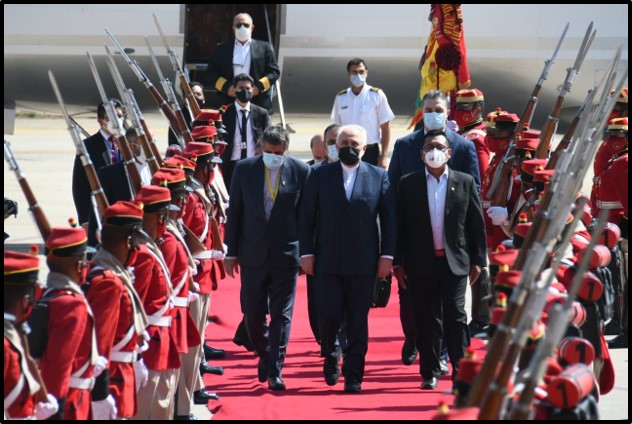 Zarif arrived in La Paz on November 7 "to celebrate with Bolivians the fruits of their struggle to restore their democracy." 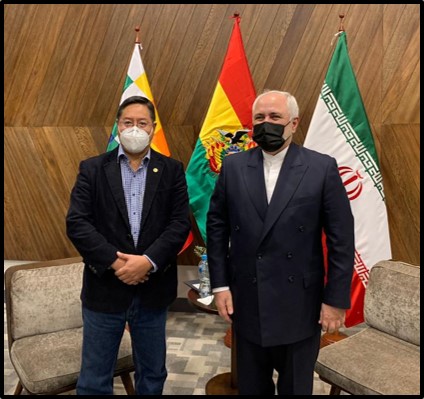 Ashley Lane, an intern at the Woodrow Wilson International Center for Scholars, and Andrew Hanna, a program specialist at the U.S. Institute of Peace, assembled this report.

Photo credits: All photos from Iranian Ministry of Foreign Affairs and Venezuelan Office of the Presidency