On April 14, the research arm of Iran’s parliament estimated that the number of confirmed cases and deaths from the COVID-19 pandemic could be almost twice the official count due to underestimates and poor testing. Iran’s outbreak was already the worst in the Middle East and its death toll the sixth highest in the world. But the revised figures would exceed the number of cases in both United States and China.

The number of COVID-19 infections is likely to be eight to 10 times higher than the official statistics, the report claimed. Iranians who were infected but had mild or no symptoms were usually not tested and therefore not counted. When used in China, the RT-PCR tests — the same type used in Iran — were only reliable 67 percent of the time, experts said. If the estimate is correct, Iran would have 760,000 total cases — more than any other country — in just two months. The first deaths were reported in mid-February.

The death toll also could be 80 percent higher than the Health Ministry tally, parliament reported. In mid-April, the toll stood at more than 4,700, but the real number could have exceeded 8,500. The Health Ministry only counted patients who had died in hospitals and tested positive for the virus, experts noted. The bulk of the 46-page report chronicled Iran’s response to the pandemic and outlined preparations for a second wave of infections, but the explosive estimate was in a lengthy footnote on page six with no further explanation. People who died in their homes were not included in the count, health experts said. The report also warned that more than 30,000 people could die if Iran does not impose strict quarantines. 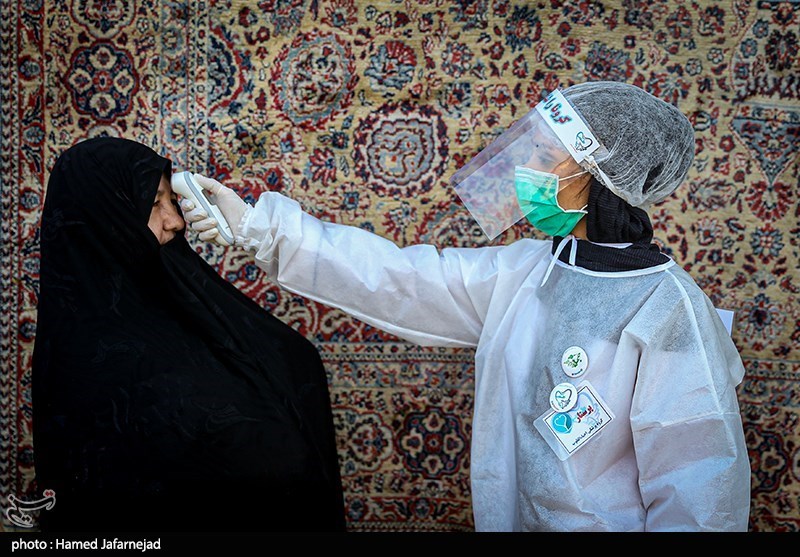 A woman had her temperature taken in the outskirts of Tehran on April 15.

The report was released just as Iran announced the gradual reopening of government and “low risk” businesses. President Hassan Rouhani and parliament had been eager to get the economy moving again. But the easing of restrictions—the so-called “smart distancing” plan—was based on official statistics, which had showed a decline in new cases and deaths in early April.

Deputy Health Minister Ali Reza Raisi acknowledged on April 15 that Iran’s limited testing capacity resulted in a gap between actual and reported numbers. “The real figures are more than the official statistics, but it is not correct to multiply official figures by two or three,” he said. Raisi did not directly address the report’s findings.

On April 16, caretaker director of parliament’s think tank, Mohammad Qassemi, said foreign media had distorted the report’s findings. “The figures offered by foreign media about coronavirus cases and casualties [in Iran] are wrong and invalid, and are in no way confirmed by the Parliament’s Research Center,” he said. Qassemi said the report examined the sensitivity of the RT-PCR test, not the accuracy of official figures.

Iran’s tally has been disputed since shortly after the first COVID-19 deaths were reported on February 19 in the holy city of Qom. Five days later, a local lawmaker accused the Health Ministry of reporting only 12 deaths when the city already had 50 dead. In February and March, videos and satellite images revealed mass graves being dug in Qom. By March 16, a World Health Organization official estimated that Iran probably had five times the reported cases due to the lack of testing.

On March 23, the State Department issued a fact sheet disputing Iran’s claims on the scope of its COVID-19 crisis. It alleged that outbreak was “likely far worse” than what the regime was admitting. “This lack of transparency poses a significant health risk to the Iranian people, as well as to Iran’s neighbors,” the State Department warned.