Iran and Saudi Arabia both claim to be model states based on Islam. But Iran is a theocracy with democratic elements, and Saudi Arabia is a hereditary monarchy. Iran’s political system is based on Shiism, while Saudi Arabia has strong ties to Wahhabism, a conservative branch of Sunni Islam.

Iran: The constitution lays out an idyllic vision of “an ideal and model society” based on Islam. The Islamic Republic is strongly anti-monarchical, and its political system contains a blend of democratic and theocratic elements. Its constitution draws upon French and Belgian law, while stipulating that all laws be compatible with Sharia. The government has executive, legislative, and judicial branches, but also a parallel set of Islamic institutions. Iran holds elections for the president, parliament, and Assembly of Experts (which selects the supreme leader). But all candidates must be vetted by the 12-member Guardian Council, overseen by the supreme leader. 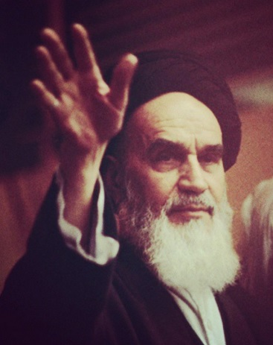 Iran's political system is based on Shiism. Shiites make up around 10 percent of the world's Muslims, but 90 percent of Iranians are Shiites. The split between Sunnis and Shiites dates back to the Prophet Mohammad's death in the seventh century. Shiites believed that Ali, the Prophet's son-in-law and cousin, should be his immediate successor. But Sunnis believed that the Muslim community could select a new leader without blood ties to the Prophet.
Iranians predominantly practice "Twelver" Shiism. Twelver Shiites believe that the twelfth imam, who disappeared in 874AD, will one day return as the Mahdi, or promised one. In Twelver Shiism, clerics can substitute for the Mahdi’s authority, and the faithful are obliged to follow their religious rulings.
Although the Shiite clergy were historically independent from government, Iran’s theocracy seized control of the “sacred” after the 1979 revolution and co-opted the clerical establishment. Iran’s theocratic regime has deprived the entire clerical class of its autonomy, but also made it rich and powerful. Khamenei, for example, reportedly controls a multi-billion dollar financial empire.
Saudi Arabia: Like Iran’s constitution, Saudi Arabia’s Basic Law frames the political system as an ideal Islamic state. In 1992, King Fahd described Saudi Arabia as a “distinguished model of politics.”
Saudi Arabia is a monarchy. Extensive powers are allocated to the king, who must be a descendent of the first Saudi monarch, Abdul Aziz Ibn Saud. Political parties are banned, and the only public elections are for municipal councils. 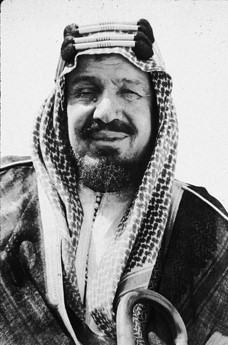 The royal family has strong links to Wahhabism, a conservative branch of Sunni Islam. The relationship dates back to the 18th century. Mohammad Ibn Abd al Wahhab, founder of the Wahhabi movement, sought protection from Mohammad Ibn Saud and his tribe in 1744. In the early 20th century, Bedouin followers of Wahhabism, known as the Ikhwan, were instrumental in aiding Abdul Aziz Ibn Saud in his military campaign to unify much of the Arabian Peninsula.
In his teachings, Wahhab denounced popular Islamic practices, particularly those associated with Sufism, and emphasized the concept of tawhid, or oneness of God. He drew upon the teachings of 14th century scholar Ibn Taymiyya, who called for a return to the earliest forms of Islam. Wahhabis hold conservative views on gender relations, minority rights, and personal freedoms. They denounce pilgrimages to tombs – a common practice in Shiism – as polytheistic.
Saudi laws and regulations are rooted in Wahhabi principles, but the Saud family holds ultimate authority in the kingdom. Unlike in Iran, clerics do not play a formal role in government. But they have been incorporated into the political establishment through the Senior Council of Ulama, the kingdom’s highest religious body. The council advises the king and provides endorsements for state policies. In 2009, King Abdullah extended membership for the first time to non-Wahhabi scholars.
Laws and Courts
Iran and Saudi Arabia base their court systems on Islam. They both emphasize the right of every citizen to seek justice through the courts.
Both have also been criticized for human rights violations. According to the U.S. State Department, both countries restrict civil liberties and engage in arbitrary arrests and detentions. Additionally, Iran and Saudi Arabia together accounted for more than 62 percent of the 607 executions recorded by Amnesty International in 20 countries in 2014. Both are on track in 2015 to have their highest execution rates in two decades. Iran and Saudi Arabia are among a handful of countries that issue the death penalty for crimes the perpetrators committed as minors.
Iran: The legal system includes many layers of civil, criminal and military courts. But it also has two sets of tribunals outside of the judiciary, the Revolutionary Courts and the Special Court for the Clergy. The latter has been used as a political tool to silence clerics who urge reform or challenge the regime.
Amputation, flogging and stoning to death are all legal according to Iran’s penal code. The code’s latest iteration, which entered into force in 2013, “now omits references to apostasy, witchcraft and heresy, but continues to allow for juvenile executions,” according to a U.N. report.
Iran’s most significant human rights problems include restrictions on civil liberties, arbitrary detentions, and torture, according to the U.S. State Department.

Iran ranks second in the world for executions, behind China. The death penalty applies to a wide range of crimes, including drug-related offenses, adultery, rape, sodomy, and insulting the Prophet Mohammad. Iran has seen a sharp rise in executions during the past few years. The government announced 289 executions in 2014, but there may have been hundreds more that were not formally acknowledged, according to Amnesty International. More than 800 people were executed between January and October 2015, putting Iran on track to have its highest execution rate in 25 years.

Saudi Arabia: The king acts as the head of the legal system and the final court of appeals. The High Court is the highest judicial authority in the kingdom.
The kingdom has three types of courts:
Courts are required to issue rulings in accordance with Sharia. But Saudi Arabia does not have a formal penal code, so judges have flexibility to issue a wide range of convictions on charges such as “breaking allegiance with the ruler,” according to Human Rights Watch. Lashing, stoning, and amputations have been doled out as punishments.
Saudi Arabia restricts the rights of women, children, and non-citizens. Violations of due process, arbitrary arrests, and torture are common. Suspects are sometimes held for months or even years without facing trial. Saudi authorities have imprisoned human rights activists and political dissidents for peaceful activities.

Saudi Arabia ranks third in the world for executions. Less than half of death penalty cases are for murder, with the rest for crimes such as non-violent drug offenses and sorcery. At least 90 people were executed in 2014, and 151 were executed between January and November 2015 – the highest recorded figure in two decades.

International Relations
Both Iran and Saudi Arabia have sought to export their brands of Islam throughout the Muslim world. The two countries are vying for regional dominance by backing rival armed groups across the Middle East and South Asia.
Iran: In the revolution’s early days, Iran sought to export its revolutionary ideology to both Sunnis and Shiites. “We shall export our revolution to the whole world,” Ayatollah Ruhollah Khomeini pledged. “Until the cry ‘there is no god but God’ resounds over the whole world, there will be struggle.”
The theocracy has actually had little success in exporting its Islamic revolution. Tehran funds the activities of clerics trained in the holy city of Qom and promotes its brand of Islam in Shiite communities across the world. But the strength of Iran’s soft power is debatable. After the devastating war with Iraq from 1980-1988, Tehran scaled back efforts to export its revolution.

Iran has had much more success assisting armed organizations that share its goals and values. It has cultivated spheres of influence in Shiite communities, particularly in Iraq and Afghanistan, and aided Palestinian Islamic groups Hamas and Islamic Jihad and Hezbollah in Lebanon. Iran reportedly sends Hezbollah between $100 million and $200 million per year, and has sent Hamas as much as $300 million per year, according to the Congressional Research Service. But precise figures are not known.

The goal of these relationships, however, has not been to gain territory. Iran’s only territorial disputes are with the United Arab Emirates over three small Gulf islands.

Saudi Arabia: The kingdom did little to export Wahhabism beyond its borders during its first few decades of existence. But in 1979, Saudi leaders felt their dominance in the Islamic world challenged by the Iranian revolution, which provided an alternative model of Islamic governance.

Since the 1980s, Saudi Arabia has reportedly spent at least $100 billion exporting Wahhabism to Muslim countries around the world through missionaries, building mosques and schools, media outreach, and other activities. The kingdom sent nearly $4 billion in aid to the mujahideen in Afghanistan in the 1980s, according to the Council on Foreign Relations. Loosely monitored Saudi-based charities have reportedly funded Sunni militant groups such as al Qaeda, the Taliban, and Hamas.
Saudi leaders have been criticized for their links to hardline Wahhabi doctrine, which has been adopted by extremist groups. These groups have also become a domestic threat. ISIS claimed responsibility for a series of attacks on Shiite mosques in Saudi Arabia May, August, and October 2015.
In 2014, the late King Abdullah put pressure on top clergy to denounce militant groups like ISIS and al Qaeda. In an effort to contain extremist currents, the government has promoted moderate clergy to key positions and even opened up the country’s top clerical council to non-Wahhabis.
Photo credits: Hezbollah logo via Wikimedia Commons; Hamas flag by Bluedenim [CC-BY-3.0 (http://creativecommons.org/licenses/by-sa/3.0/)], via Wikimedia Commons

This piece is part of a 4-part series on Iran and Saudi Arabia.

Cameron Glenn is a senior program assistant at the U.S. Institute of Peace.