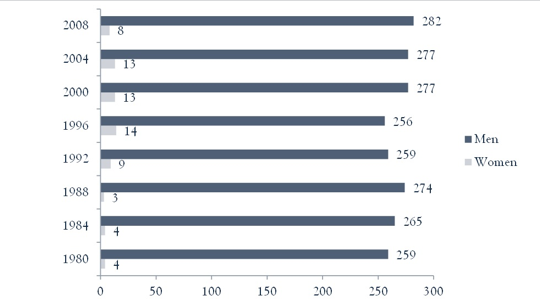 Source: Duality by Design: The Iranian Electoral System published by the International Foundation for Electoral Systems.
Click here to read Iran's Revolutionary Guards Soar in Parliament
Online news media are welcome to republish original blog postings from this website in full, with a citation and link back to The Iran Primer website (www.iranprimer.com) as the original source. Any edits must be authorized by the author. Permission to reprint excerpts from The Iran Primer book should be directed to permissions@usip.org