In February 2021, Iranians largely disapproved of President Hassan Rouhani but were divided over who should succeed him. Iran will hold presidential elections on June 18, 2021. Rouhani was ineligible to run again after serving two consecutive terms in office. But “nearly two-thirds of Iranians say they would prefer a critic of Rouhani to be the next president of Iran,” according to a poll conducted by the Chicago Council on Global Affairs and IranPoll. The survey found:

The findings were a major reversal of political fortunes for the centrist politician; Rouhani previously held an 89 percent favorability rating after concluding negotiations with the five major world powers over Iran’s nuclear program in June 2015. The landmark agreement was supposed to bring significant economic benefits to Iran, which had been under international sanctions for years. The following are findings from the poll. 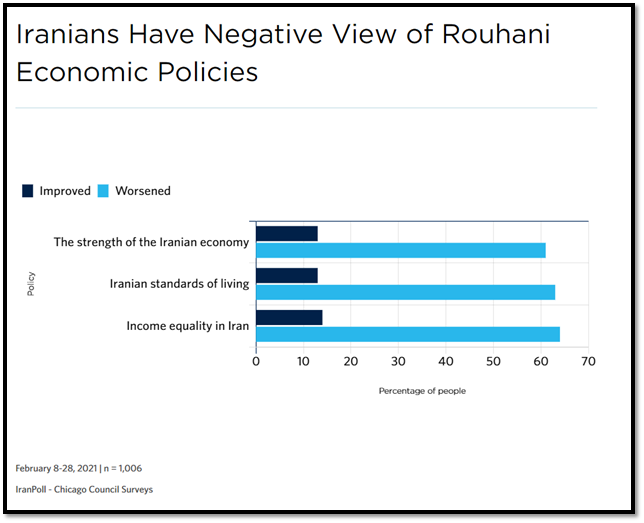 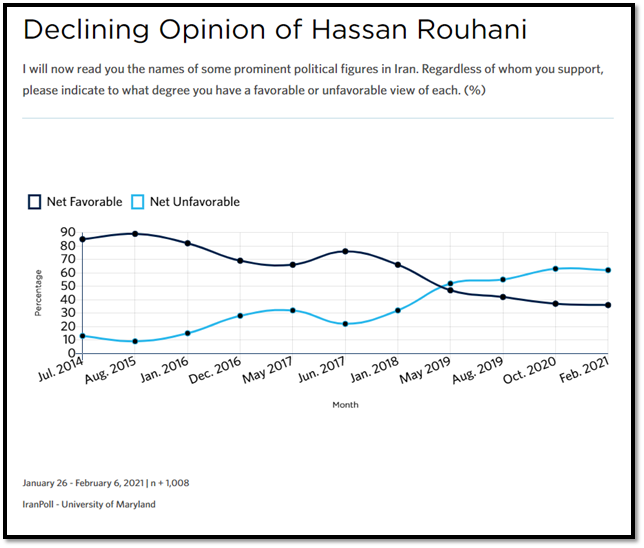 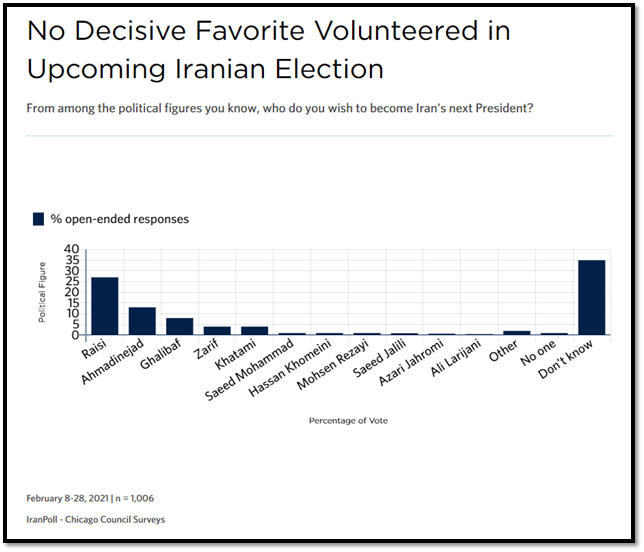 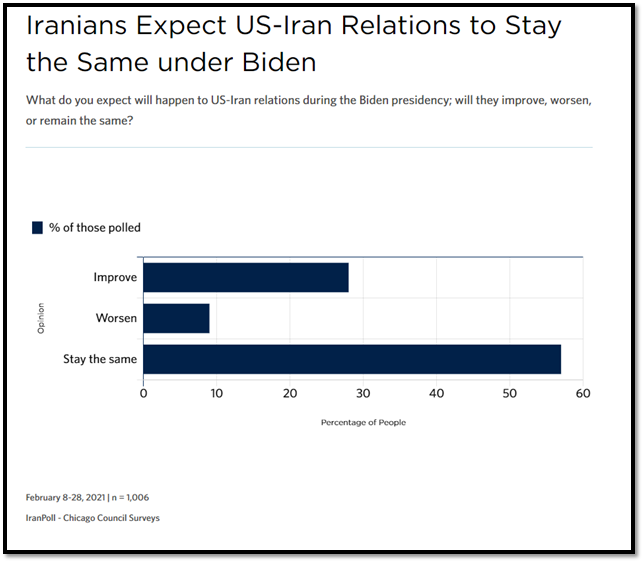