Iranian leaders exploited U.S. unrest over the death of George Floyd—an African American killed in police custody in Minneapolis—to criticize the U.S. government. Supreme Leader Ayatollah Ali Khamenei accused the U.S. government of racism against African Americans. “If you're dark-skinned walking in the U.S., you can't be sure you'll be alive in the next few minutes. #ICantBreathe #BlackLivesMatter,” Khamenei tweeted. “Racial discrimination is still a dilemma in a country that claims to support freedom and human rights #Black_Lives_Matter.”

On June 8, members of parliament chanted "Death to America" to stand in solidarity with Black Lives Matter protestors.

In dealing with its people, the US govt has behaved in the worst manner. The people of the United States have every right to feel embarrassed and ashamed by their govts, particularly the current govt.#GeorgeFloydProtests

The people’s slogan of #ICantBreathe, which can be heard in the massive protests throughout the US, is the heartfelt words of all nations against which the US has committed many atrocities.

What is being witnessed in US cities today is a result of realities that had always been kept concealed. However, today these have been revealed leading to the disgrace of the US government. #BLACK_LIVES_MATTER

If you're dark-skinned walking in the U.S., you can't be sure you'll be alive in the next few minutes. #ICantBreathe #BlackLivesMatter pic.twitter.com/nwR8jeUPpg

US cities are scenes of brutality against protesters & press, as military crackdown is threatened

Europe—quick to be judge & jury about non-Western societies—keeps deafeningly silent.

If it wants to keep lips sealed now, it should always keep them that way#WorldAgainstRacism

The “knee-on-neck” technique is nothing new: Same cabal—who've admitted to habitually “lie, cheat, steal"—have been employing it on 80M Iranians for 2 yrs, calling it “maximum pressure”.

It hasn't brought us to our knees. Nor will it abase African-Americans.#WorldAgainstRacism pic.twitter.com/SiKEHmXkdj

To those of us who do: it is long overdue for the entire world to wage war against racism.

“Once again US police racial terrorism against the defenseless black draw the curtain from the inhumane nature of the United States' regime. George Floyd was only one of hundreds of African-Americans brutally killed every year by U.S. police.”

“The blacks have been unable to breathe for decades under U.S. racial terrorism.”

“The terrorist president of America threatening to kill the protesters indicates that the people of other countries are not the only victims of US state terrorism, but the American people are in fact the first victims of this state terrorism.”

Failed to keep its promise of stopping wasting money on foreign adventurism & embattled in a Covid19 crisis of its own making,US regime now employs army, 'vicious dogs & ominous weapons' to intimidate protesters. Instead, US should listen to its ppl & change its bankrupt policies pic.twitter.com/S0340ot72Y

“We have been witnessing cruelty and discrimination against a part of American society since the time of slavery. They are shouting against oppression and the world is hearing it."

"The Americans have for years lectured other countries on human rights … and now it has been revealed for the whole world  that (the issue of) human rights for the U.S. is nothing but a means (to achieve its objectives)."

"The United States violates human rights in areas of racism, terrorism and countries’ sovereignty, and this violation of human rights is systematic and institutionalized."

"They [the U.S. officials] talk about economic relations, but they seek to loot. They talk about human rights, but their behavior runs contrary to this slogan.”

- June 11, 2020, at a meeting of the Coordination Council for Islamic Propagation 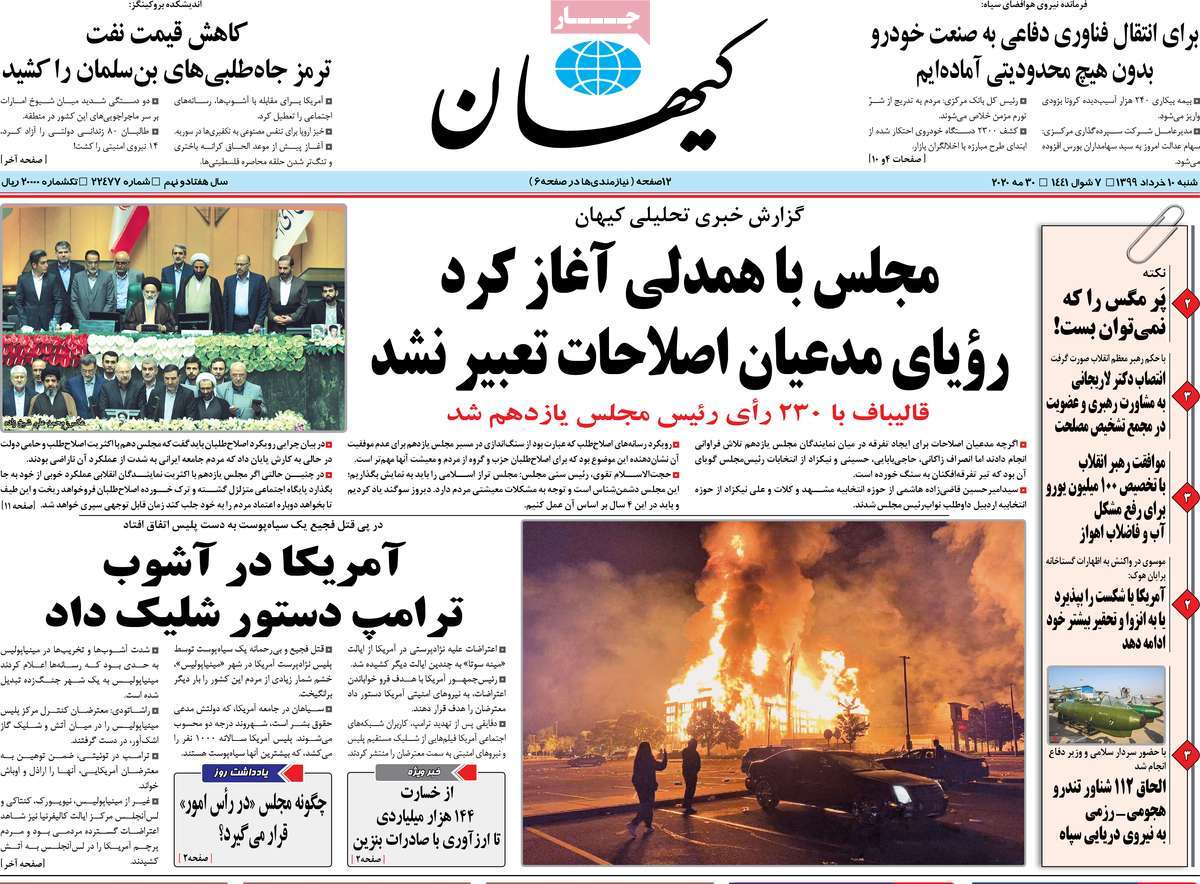 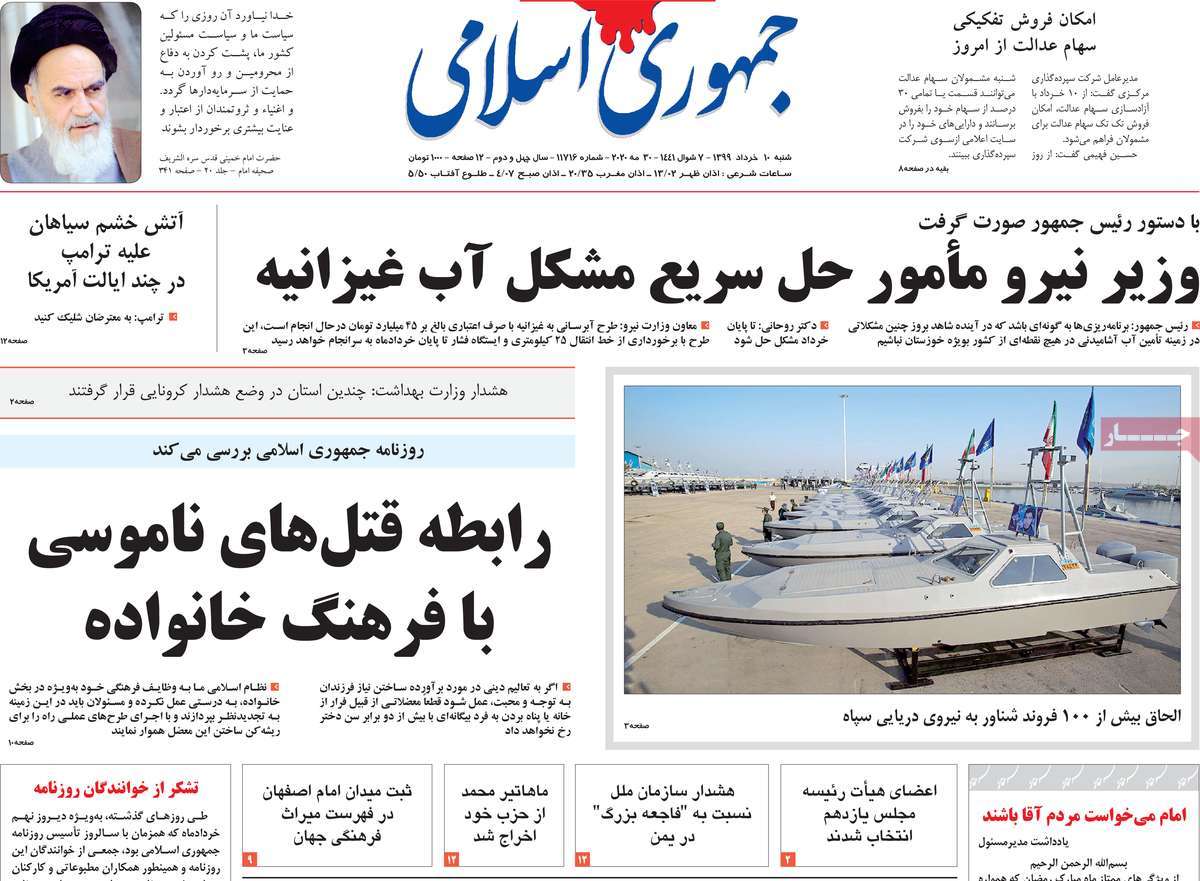 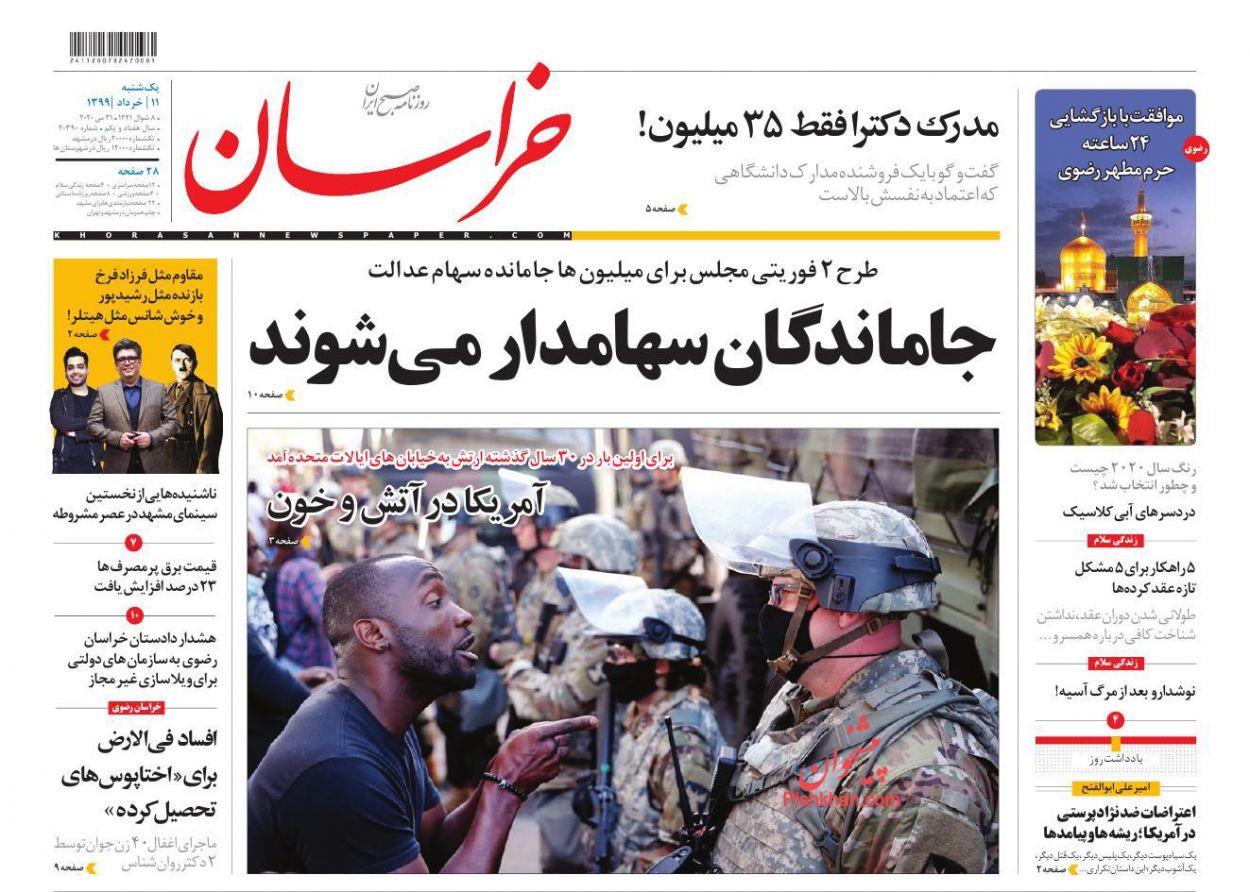 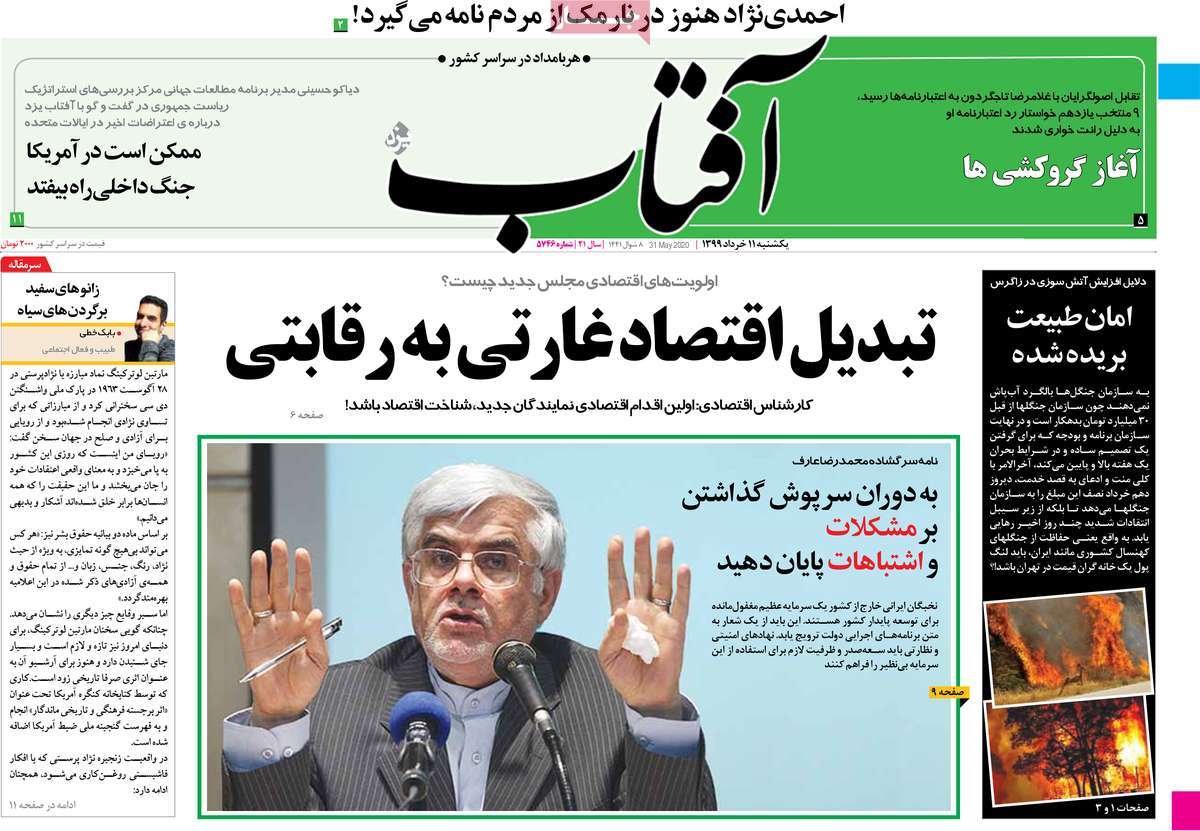 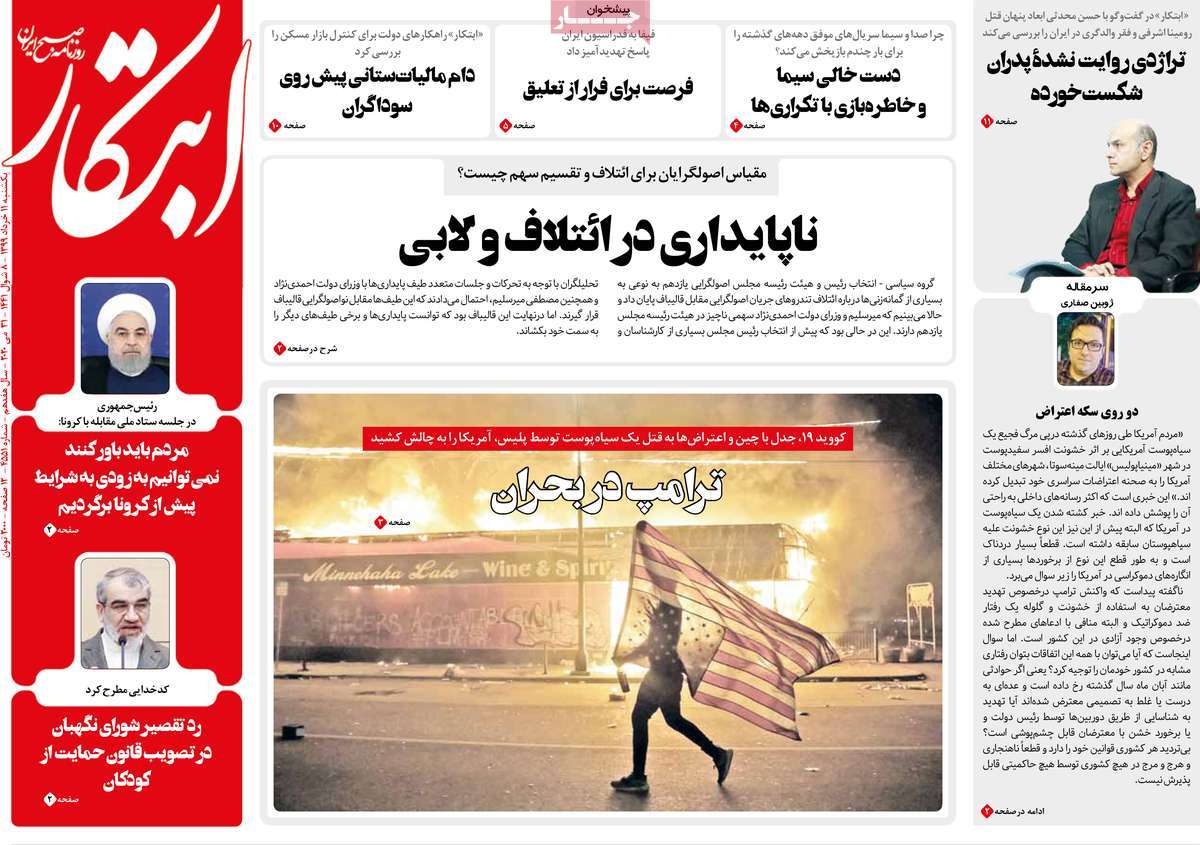 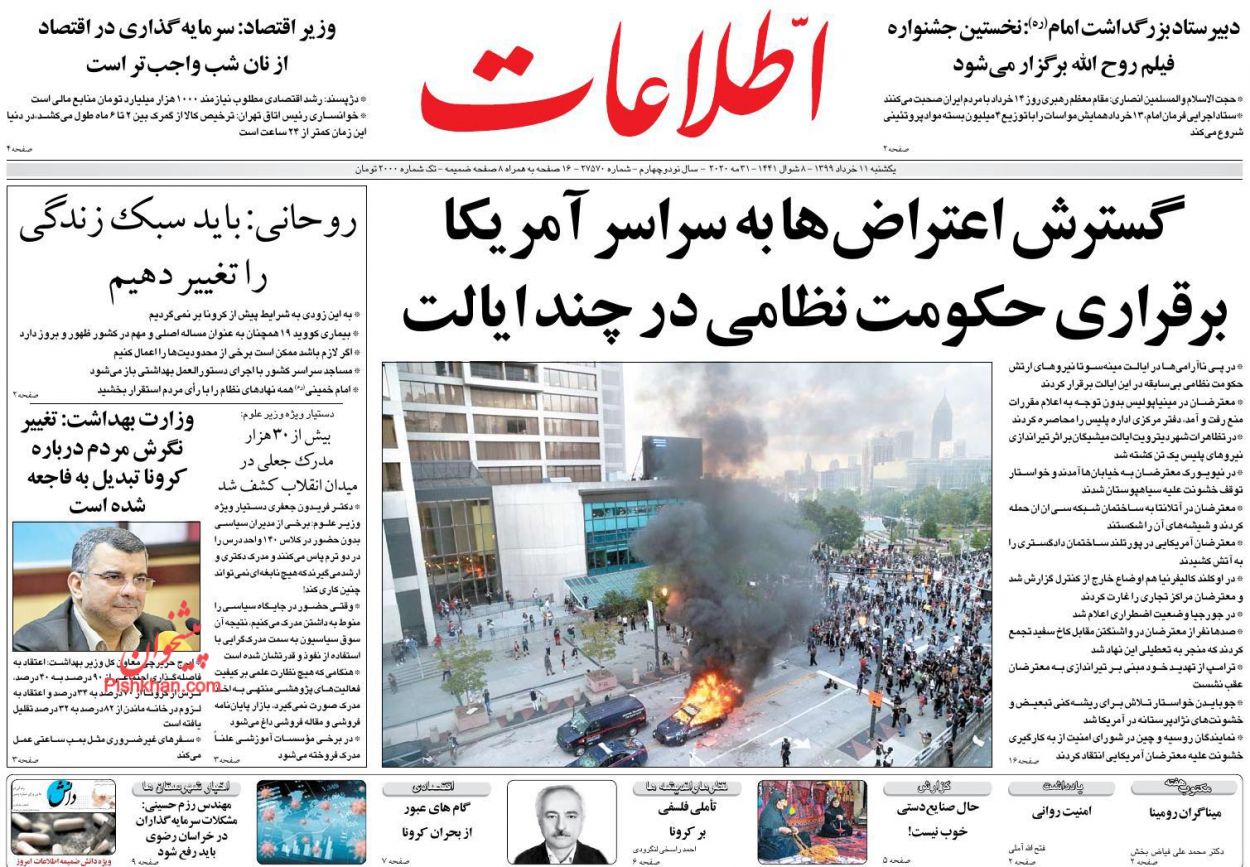 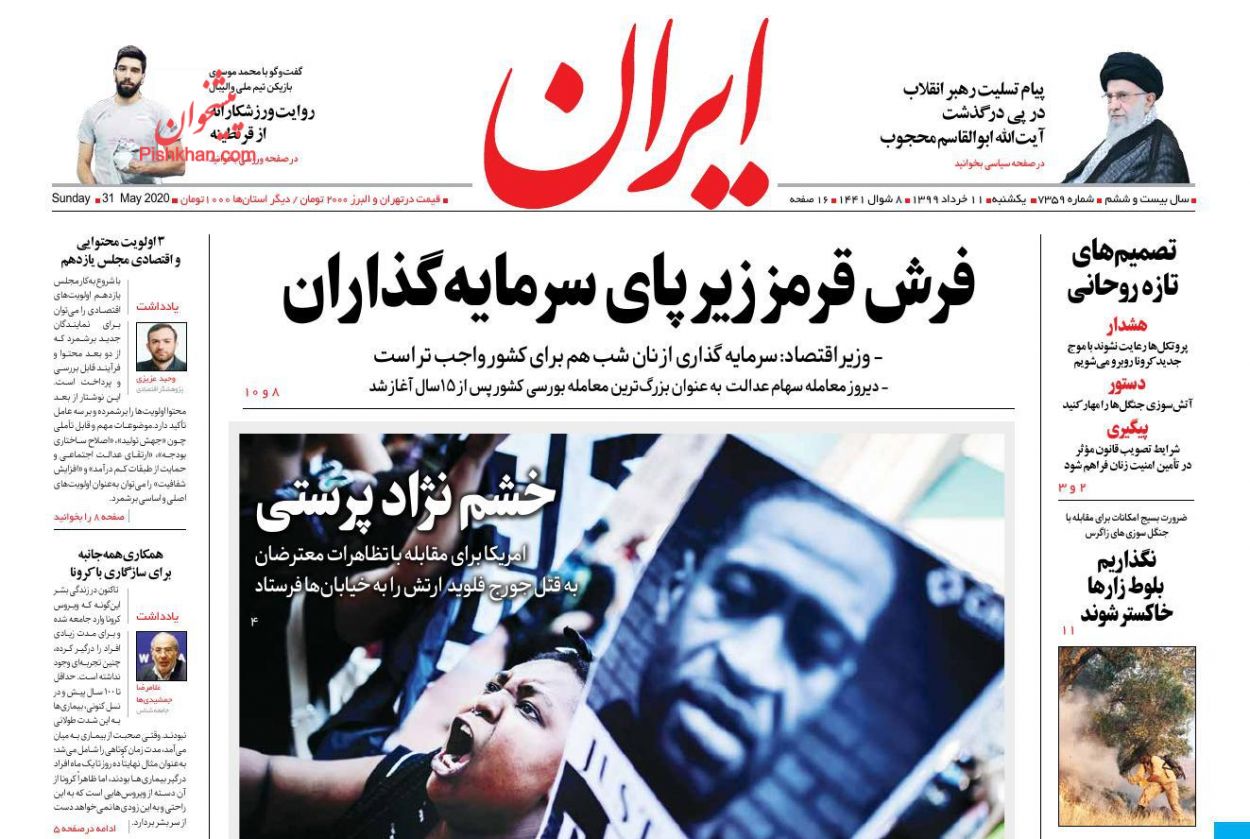 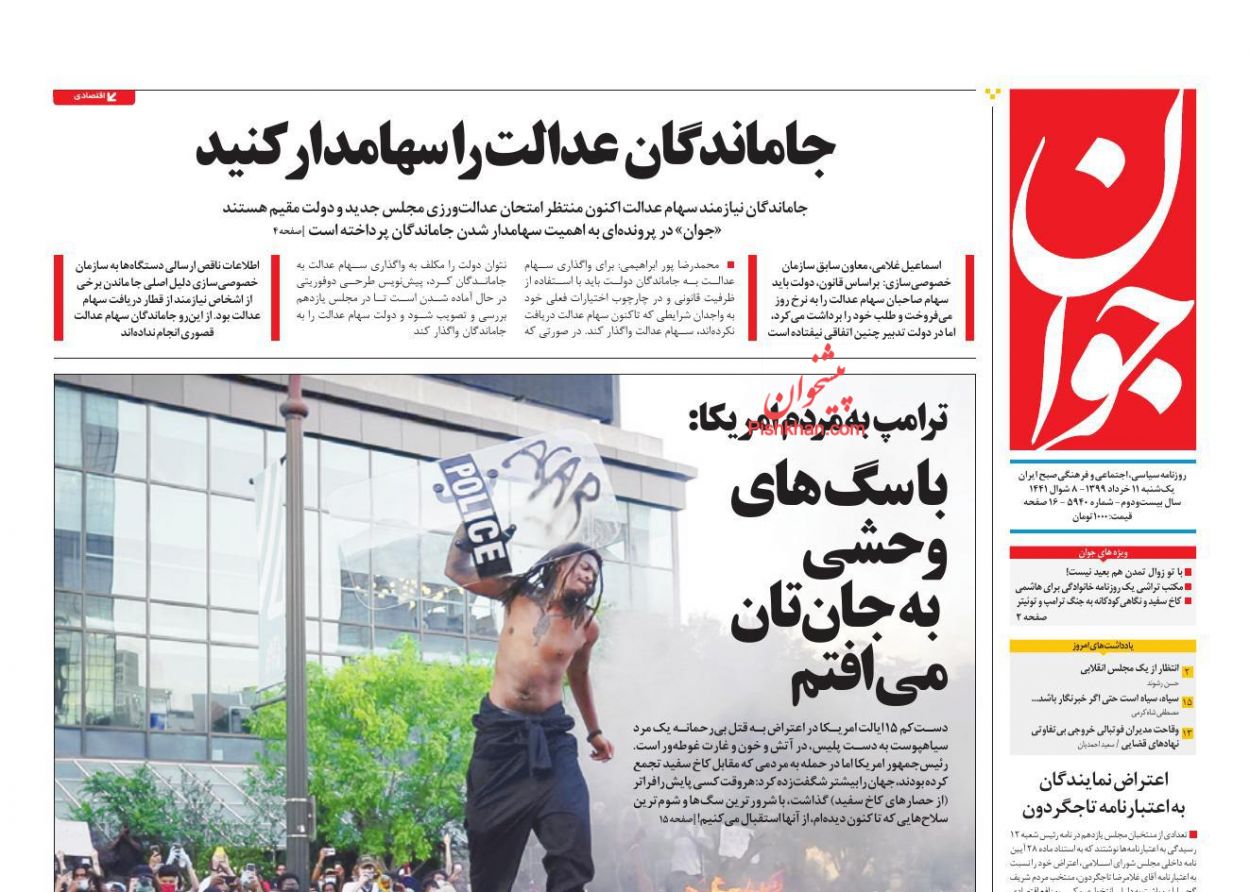 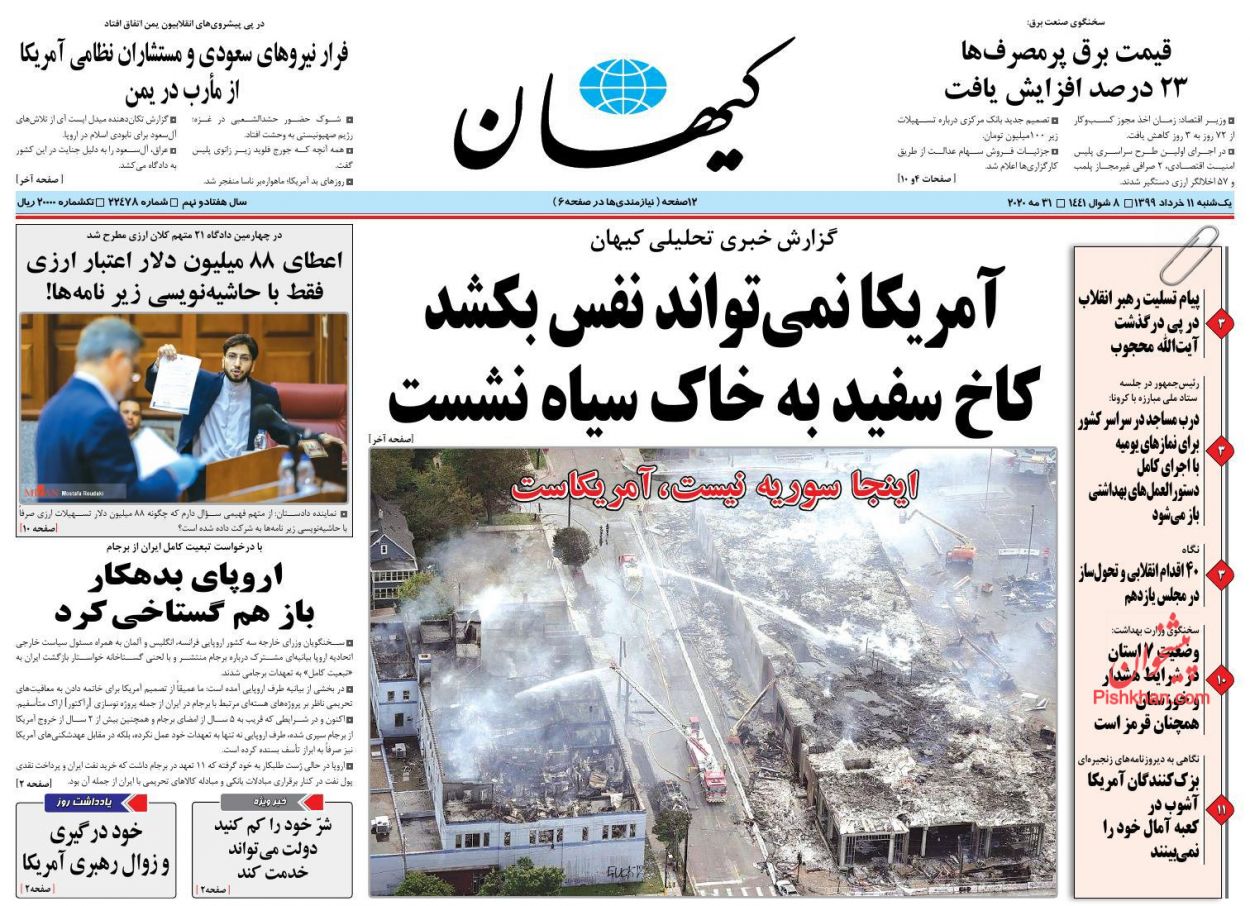 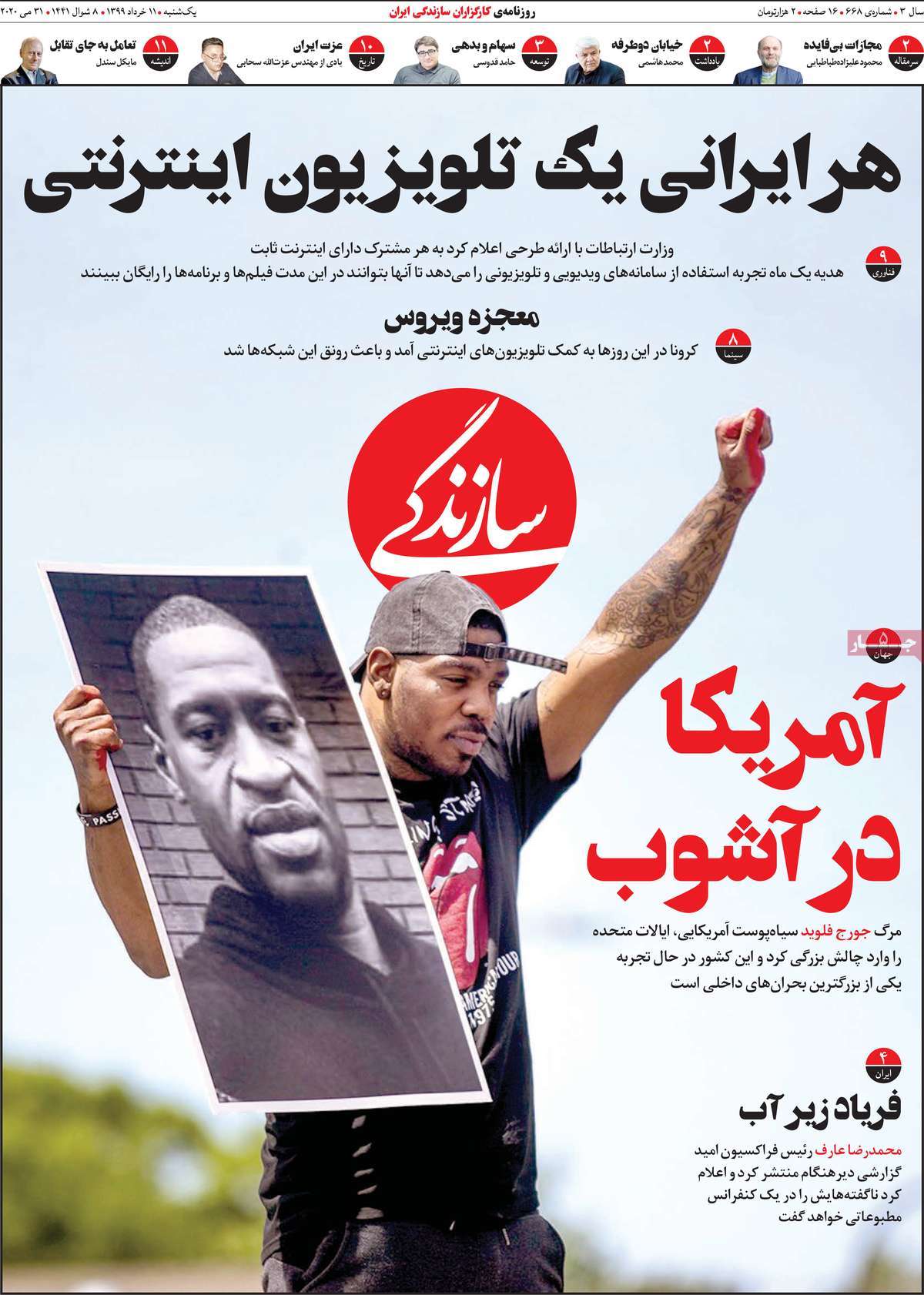 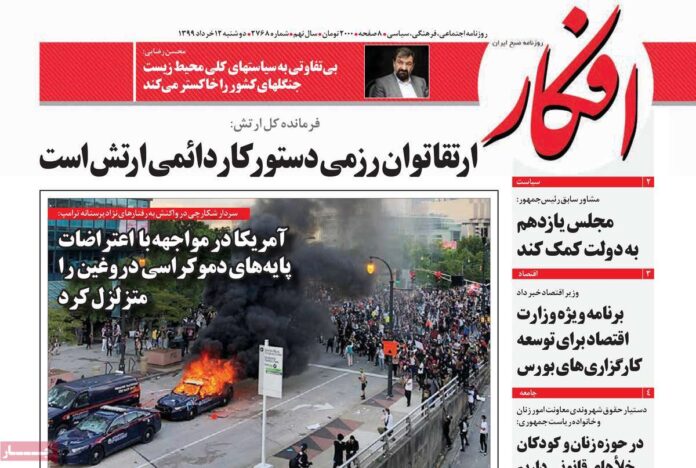 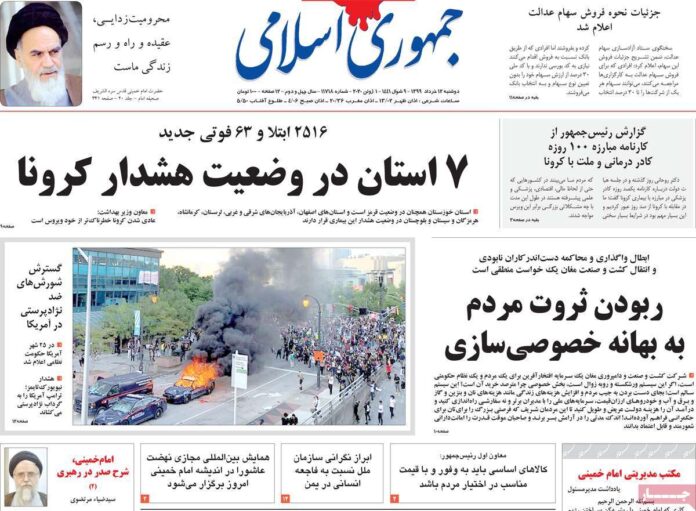 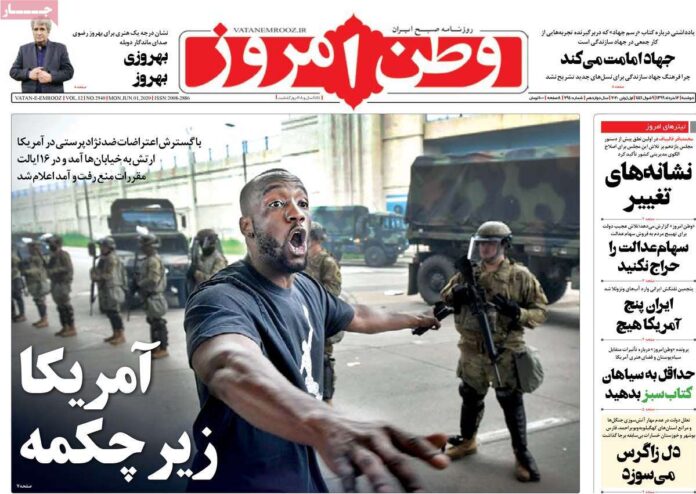 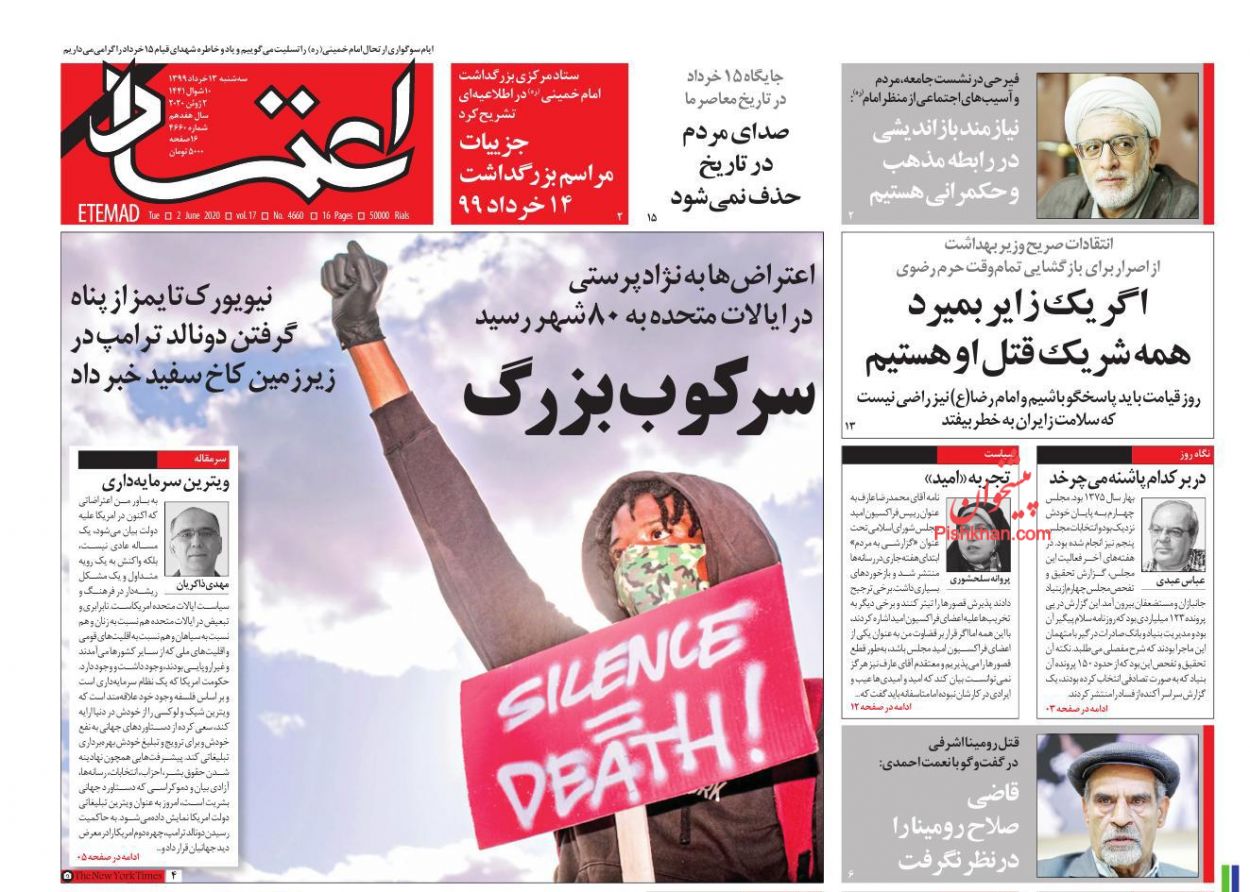 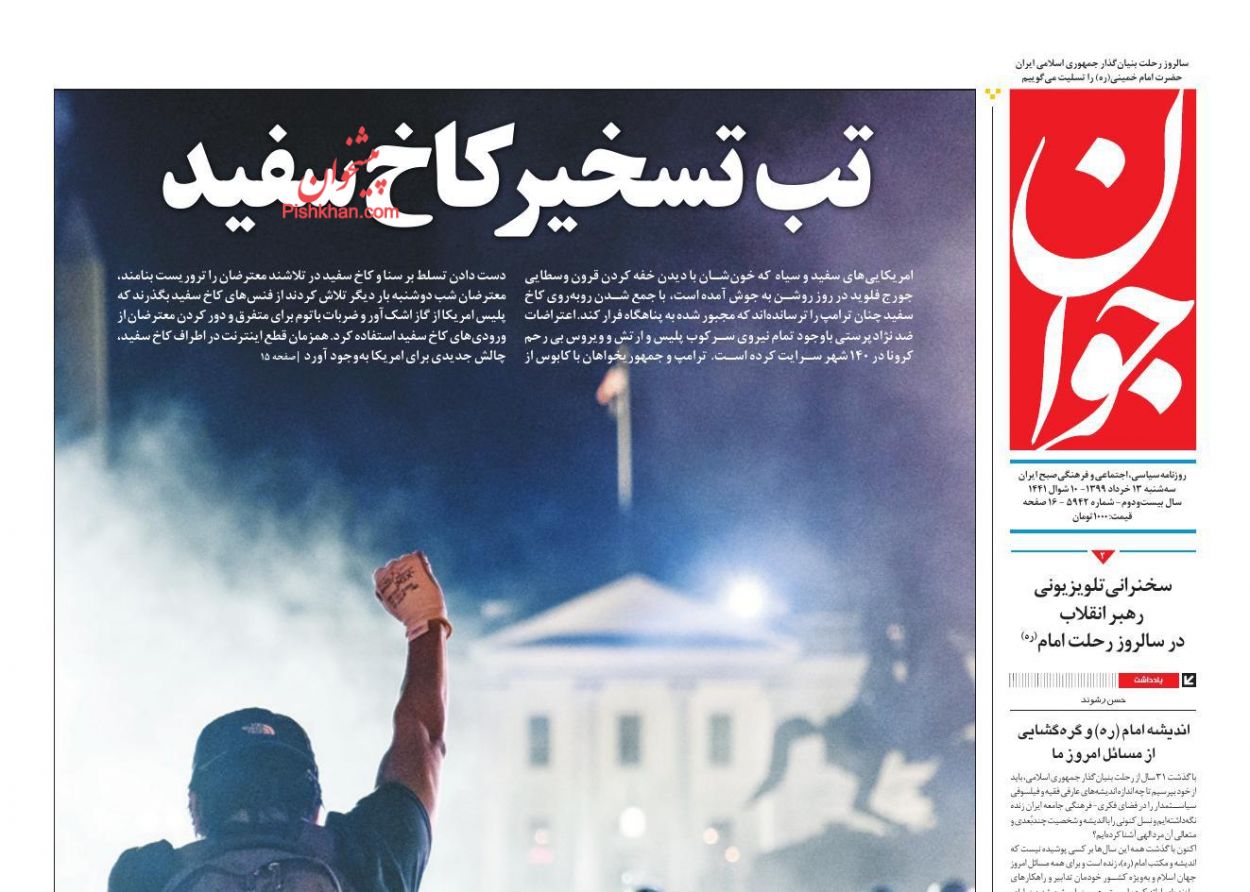 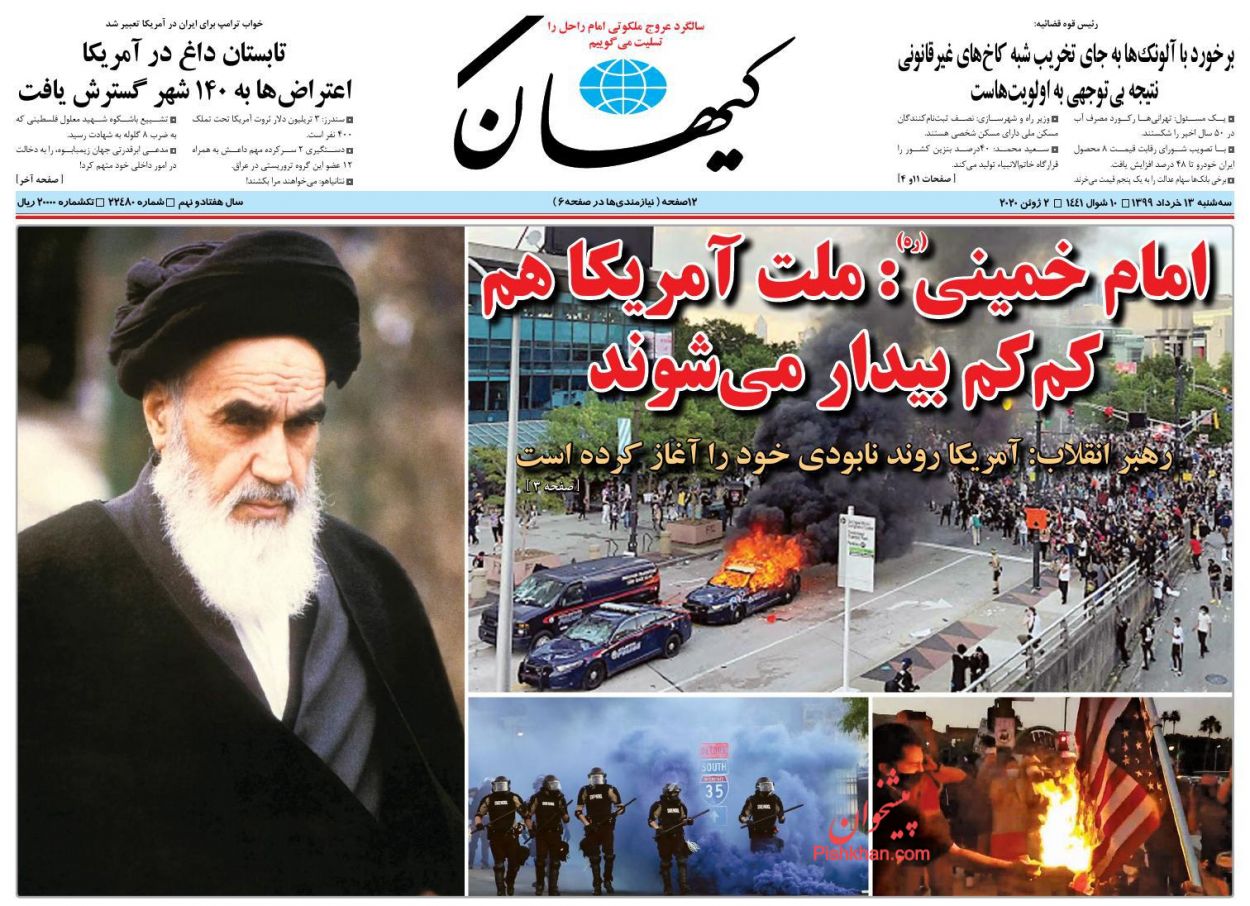 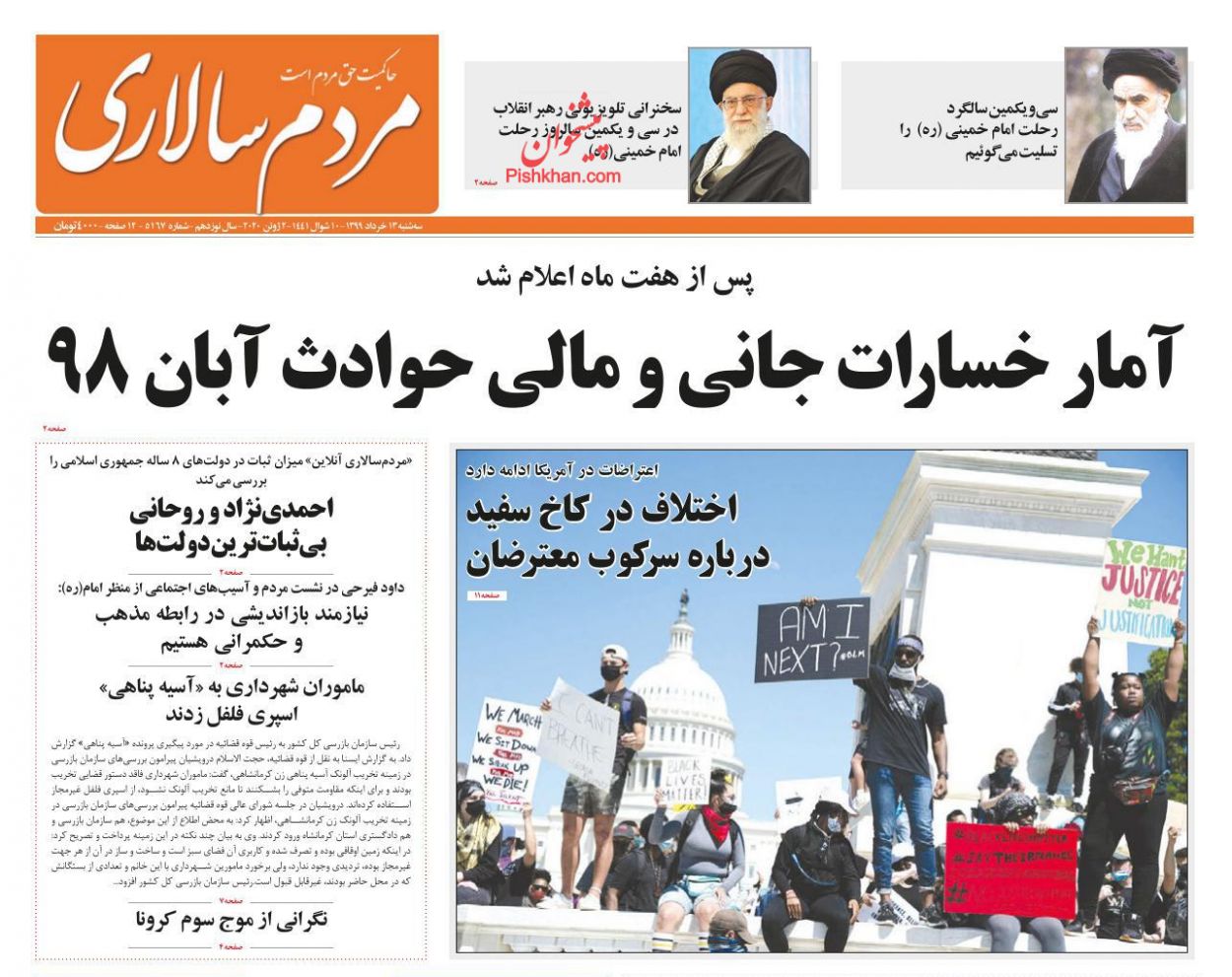 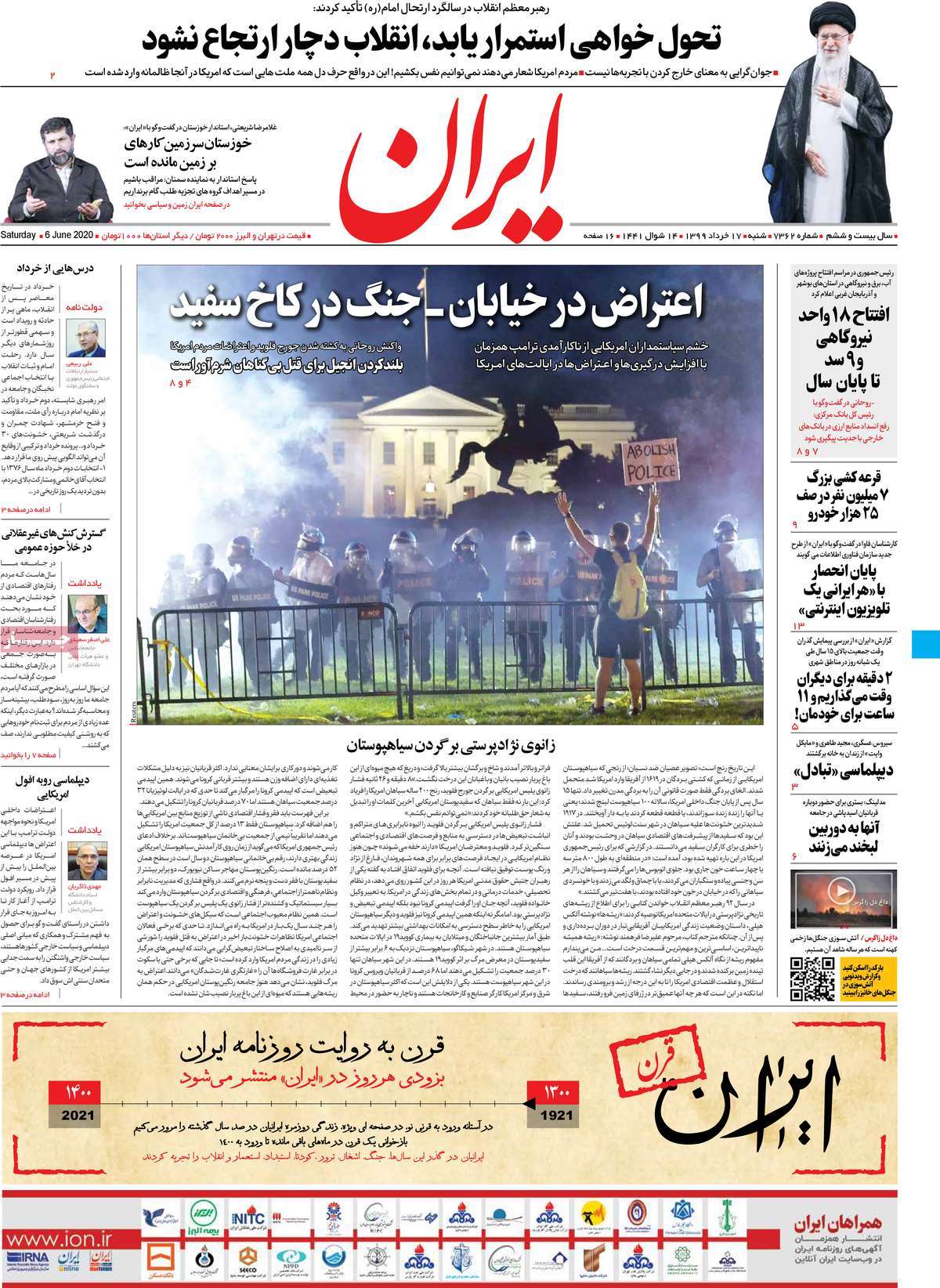 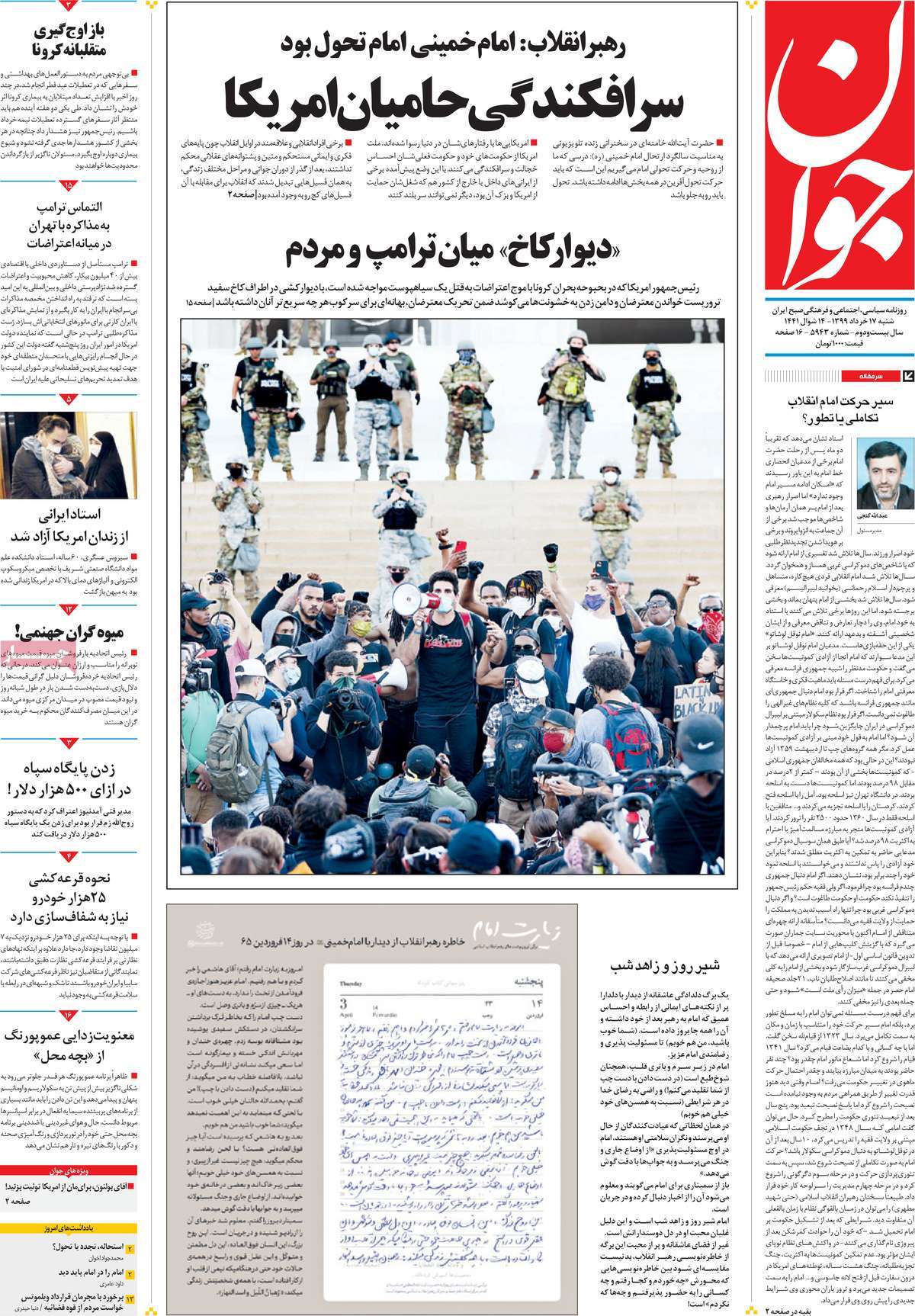 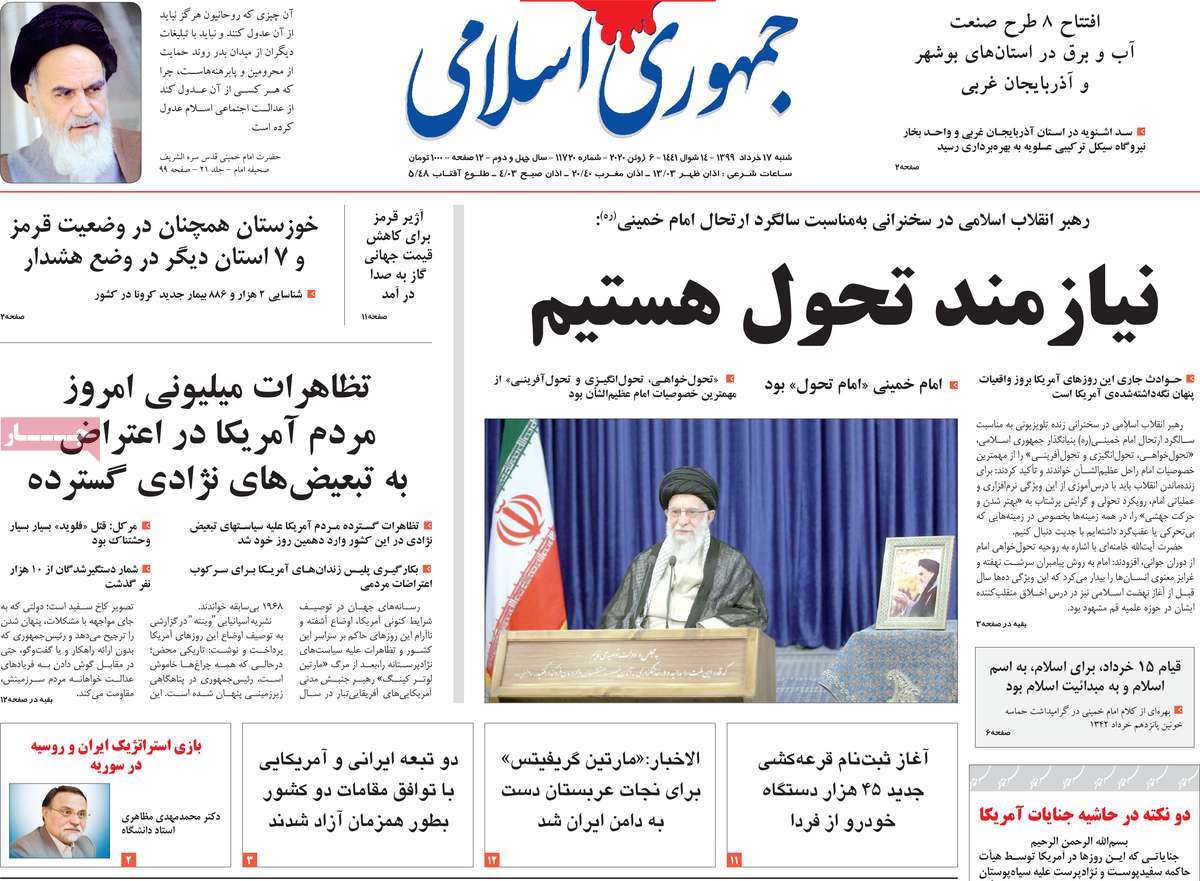 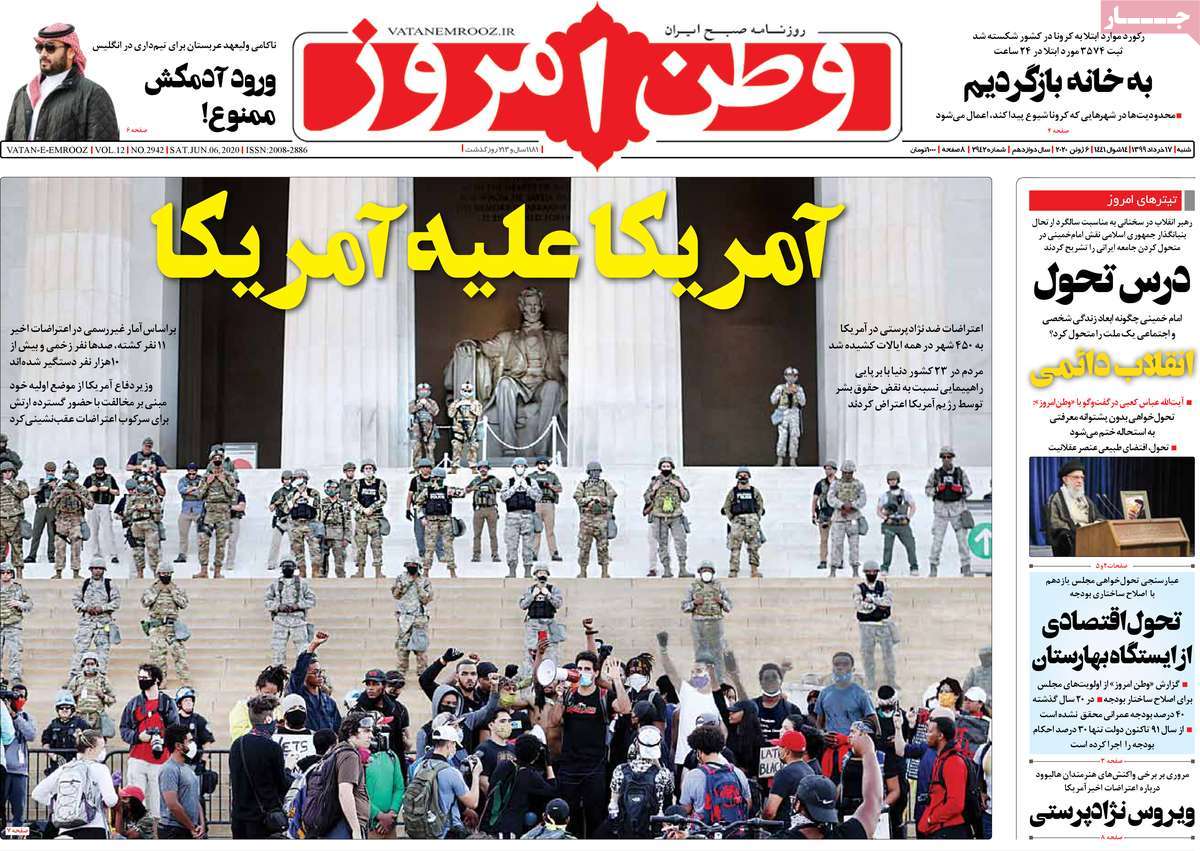 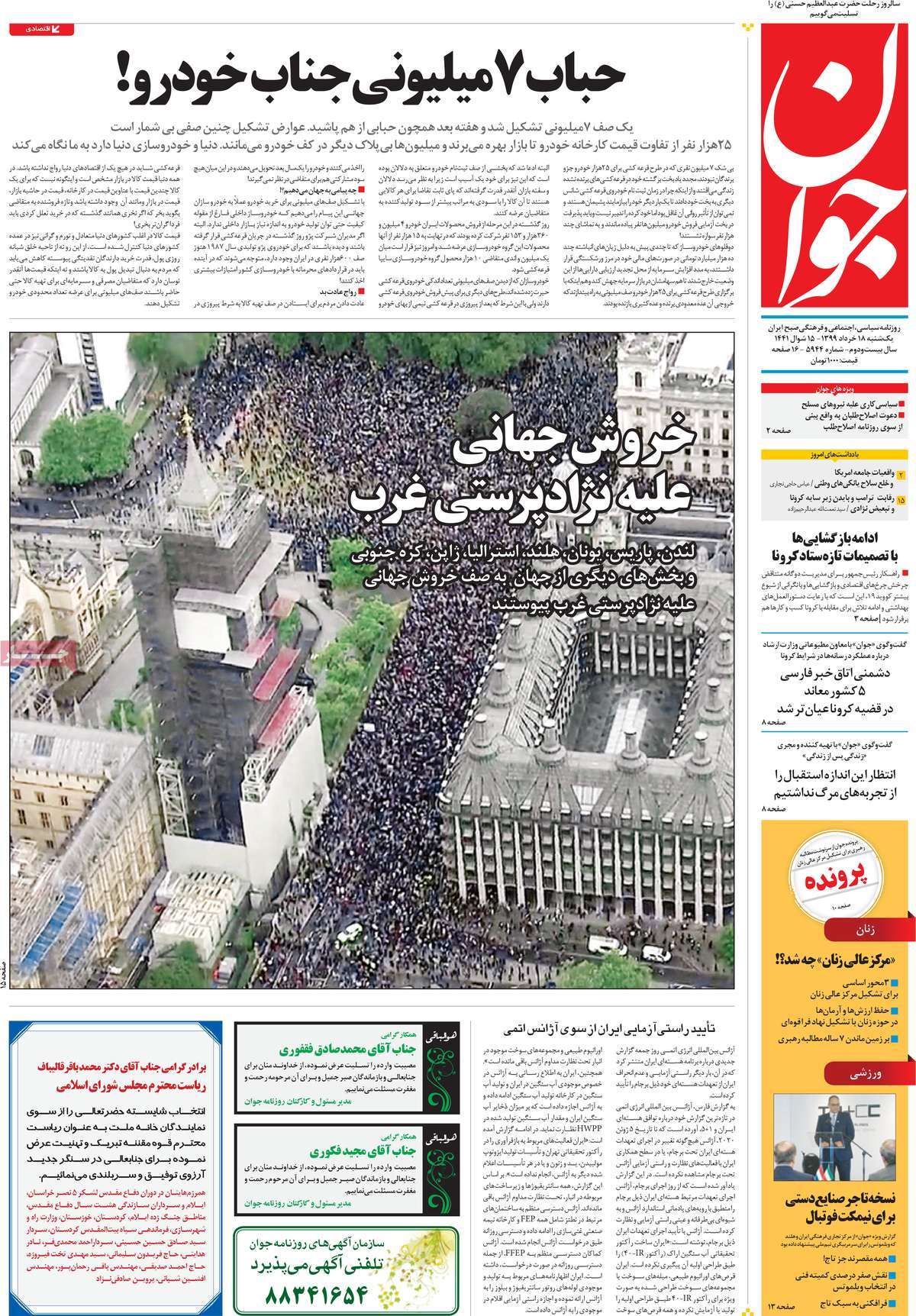 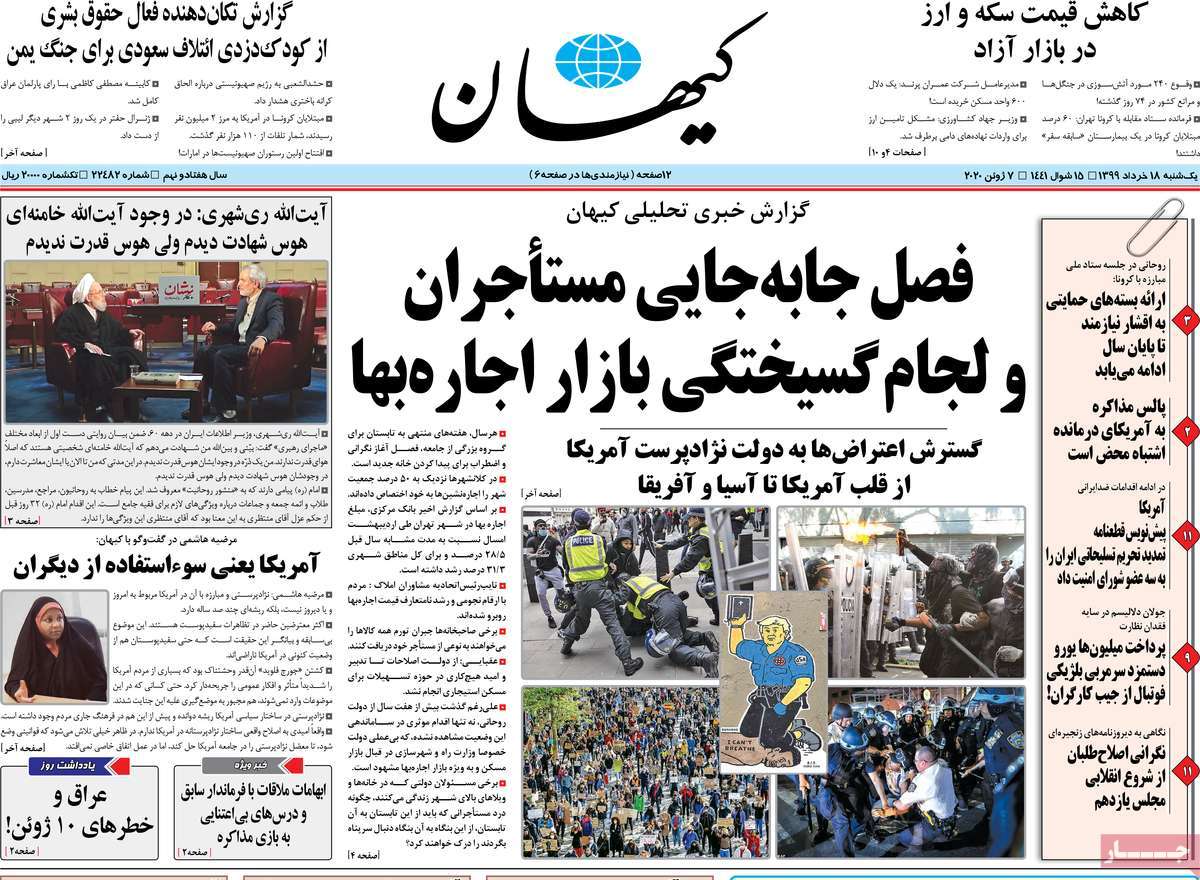 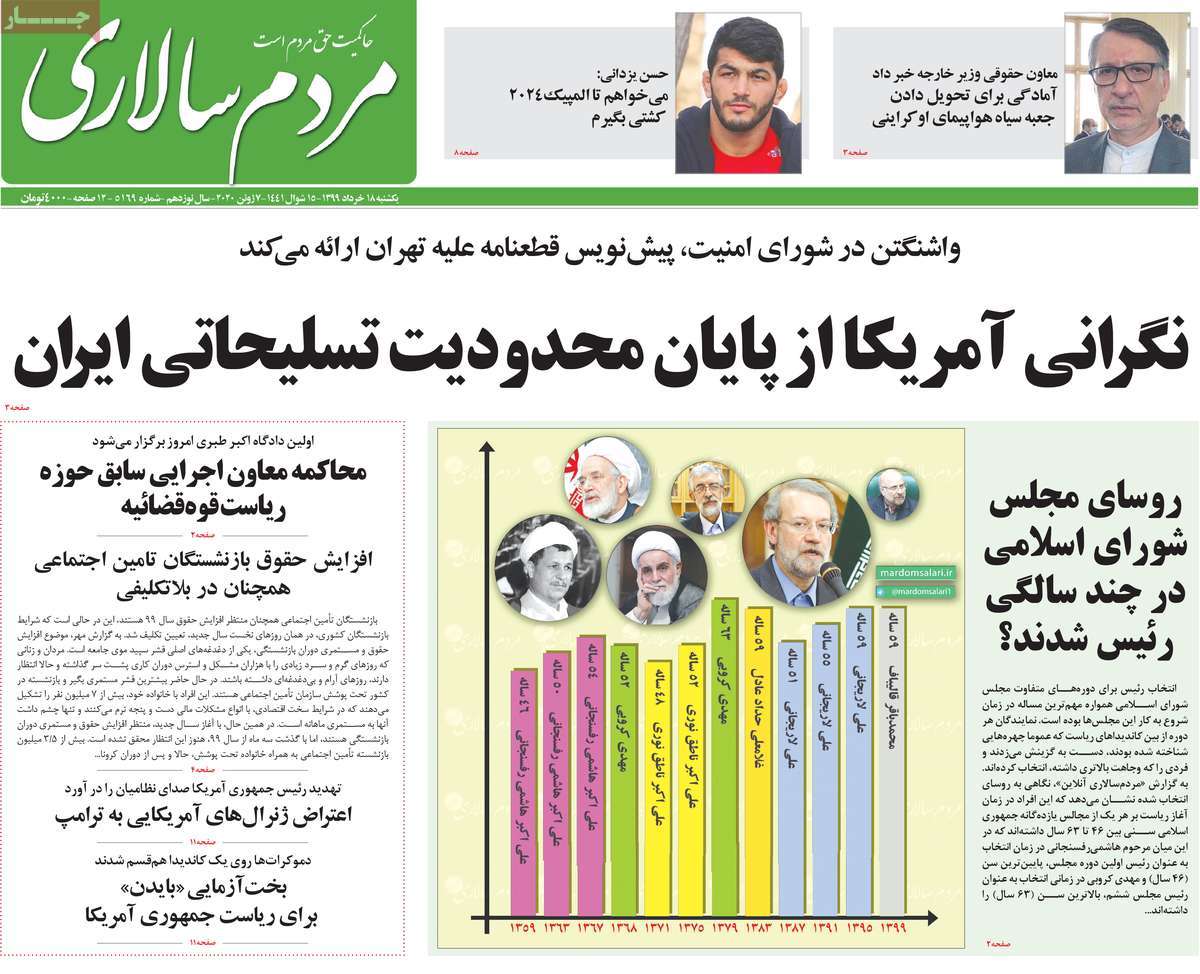 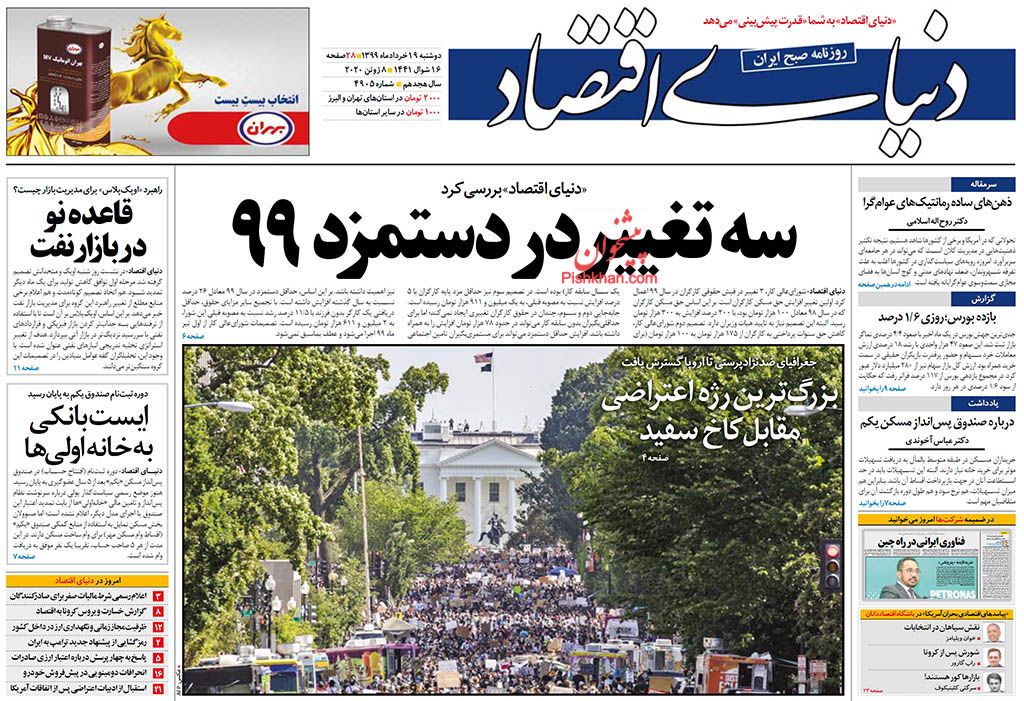 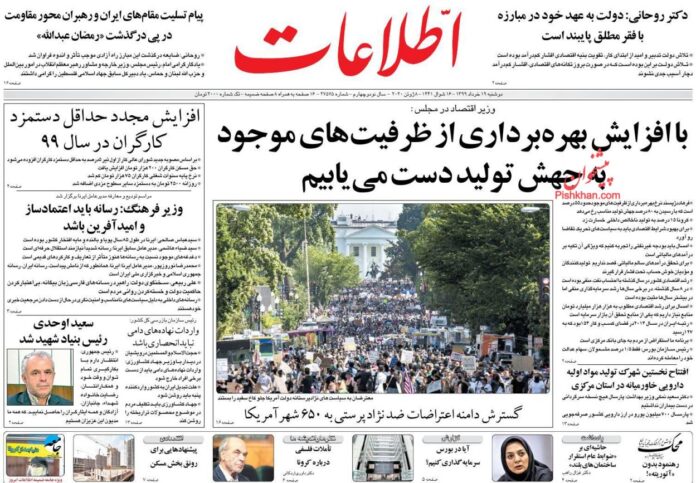 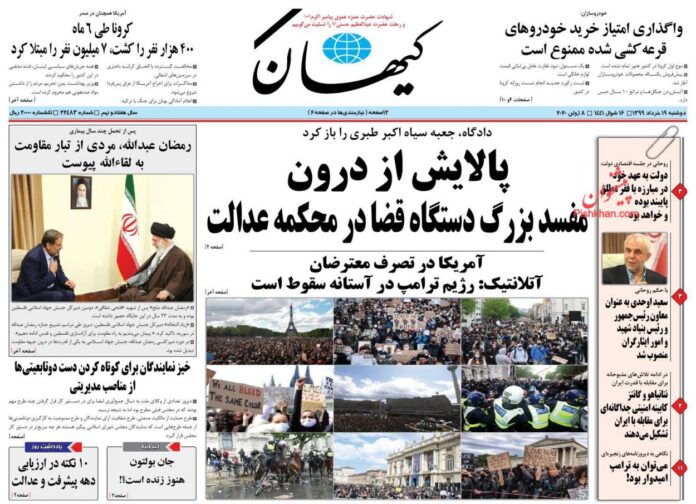 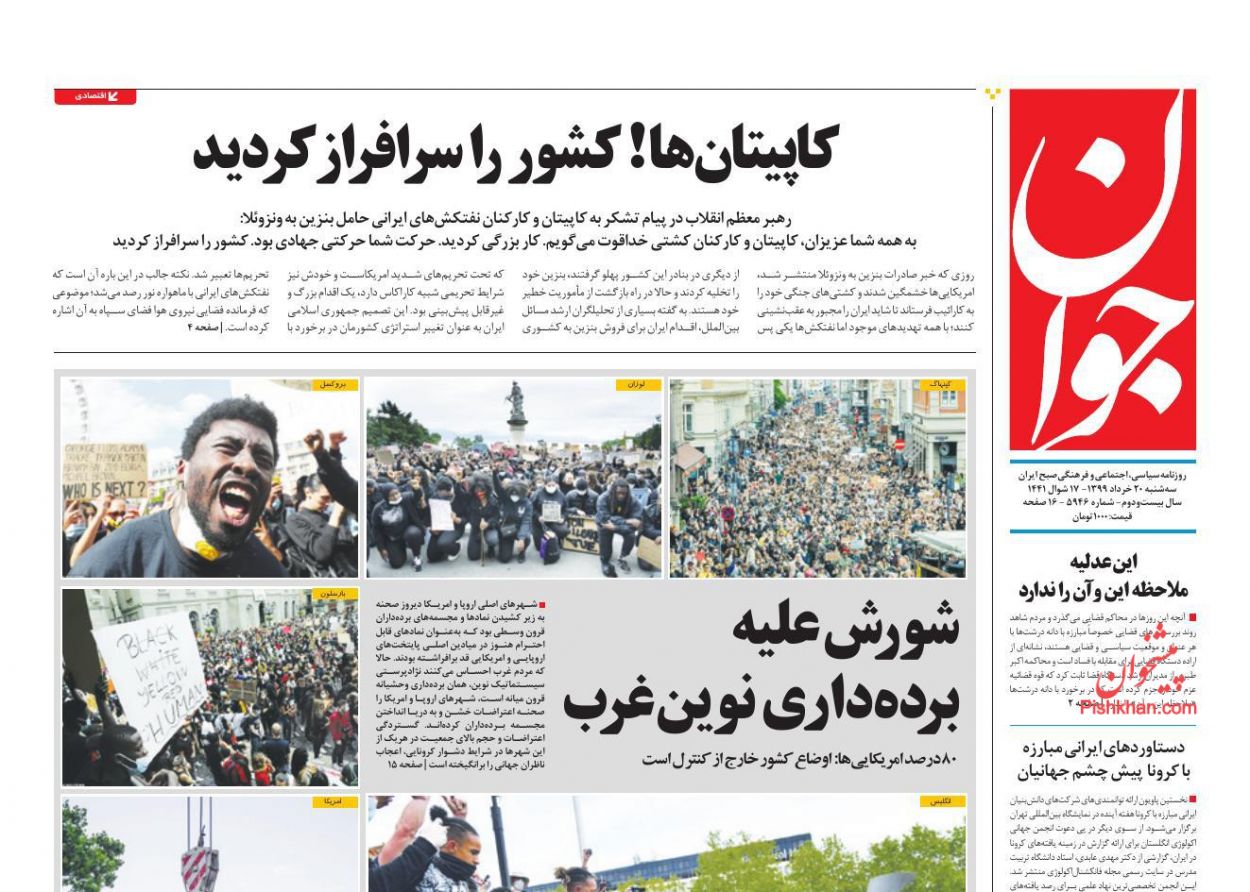 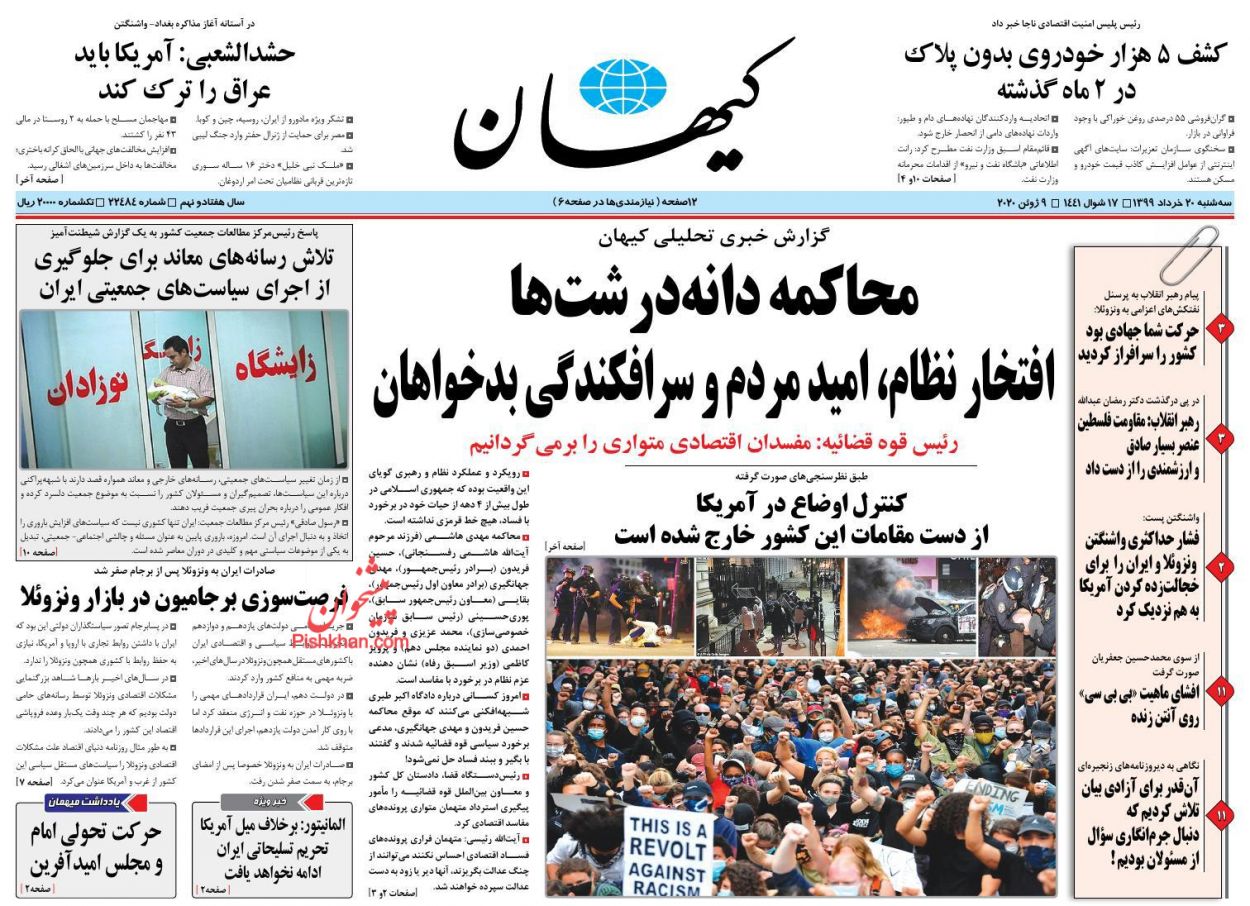