On July 10, Iran’s Supreme Court upheld the death sentences for three young activists who participated in protests over economic and political grievances in November 2019:

The demonstrations were sparked by the government’s abrupt decision on November 15 to hike the price of gas and introduce a new rationing system. The protests quickly spread from oil-rich Khuzestan province to 100 towns and cities across Iran. Demonstrators chanted anti-government slogans and torched banks, gas stations and government buildings. In the subsequent government crackdown, at least 304 demonstrators were killed, according to Amnesty International. The United Nations estimated that some 7,000 people were arrested, including Moradi, Rajabi and Tamjidi.

International human rights groups condemned the verdict. “With these unjust death sentences, it is clear that these three young men are being used as victims to burn at the stake in order to intimidate the rest of the population and silence protest,” said Hadi Ghaemi, executive director of the Center for Human Rights in Iran. Amnesty International urged Iran’s supreme leader, Ayatollah Ali Khamenei, to intervene. “Iran’s Khamenei must quash the death sentences of protesters Amirhossein Moradi, Saeed Tamjidi and Mohammad Rajabi immediately,” Amnesty tweeted. “Their trial was unfair and they said they were subjected to torture through beatings, electric shocks and being hung upside down.”

On July 16, U.N. human rights experts blasted the ruling. "The imposition of the death penalty on the basis of overbroad national security charges would amount to an egregious violation of Iran’s human rights obligations, including the prohibition of torture, as well as the rights to life, liberty and security, and to freedom of expression and peaceful assembly," the United Nations said in an official statement.

U.S. President Donald Trump tweeted his opposition to the verdict. He said that executing the protestors would send a "terrible signal" to the world.

Three individuals were sentenced to death in Iran for participating in protests. The execution is expected momentarily. Executing these three people sends a terrible signal to the world and should not be done! #StopExecutionsInIran

The verdict also sparked outrage in Iran. By midday on June 14, the hashtag #DontExecute in Persian was the most-tweeted hashtag within Iran. By the evening, the hashtag was trending globally, with nearly 4.5 million tweets.

3/ Iran ranked as the world's second country with the highest number of executions in 2019, according to Amnesty International. 251 people executed.

4/ The Twitter campaign against executions has unified the majority of Iranians from different political factions. From former Vice President to opposition figures call for an end to the practice using hashtag #اعدام_نکنید

A few Iranian officials also condemned the ruling. “Who do you represent? All Iranians are united in demanding #Don’t_Execute_Them,” Mehdi Hajati, a city council member in Shiraz, wrote on Twitter. Mostafa Tajzadeh, a former interior minister and prominent reformist politician, said in a post, “Nothing shakes and weakens the foundations of the government and provokes public retaliation like spilling the blood of innocent people.” 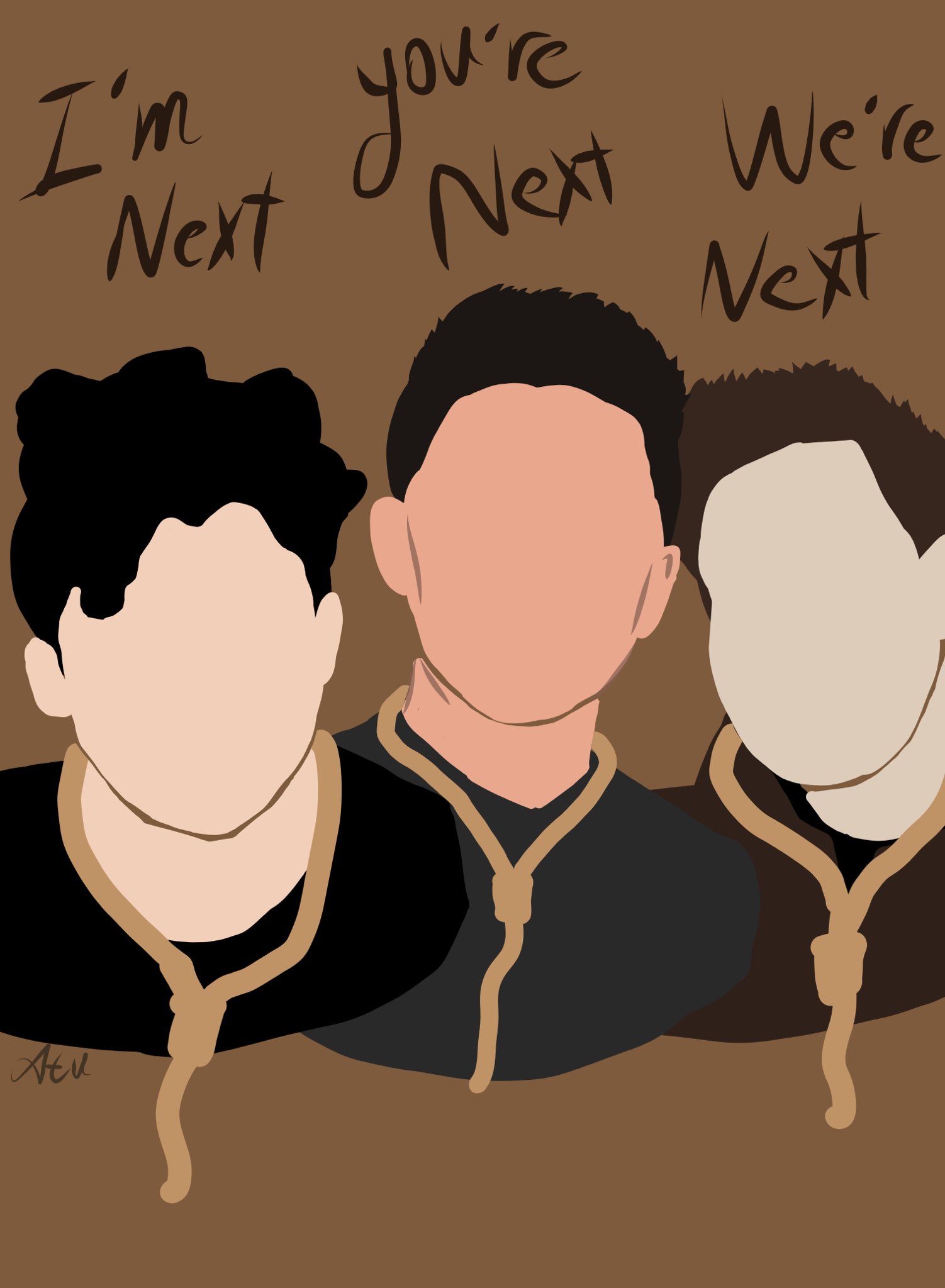 “I’m next, you’re next, we’re next,” read a meme that went viral on social media.

Iranians on social media called for nationwide protests on Friday evening, July 17, against the executions. But on July 16, anti-government protests broke out in Behbahan, in the oil-rich southwestern province of Khuzestan, and Shiraz, the capital of the southwestern province of Fars. Demonstrators chanted against the death penalty as well as Iran’s involvement in other Middle Eastern countries. “No to Gaza, no to Lebanon. May my life be sacrificed for Iran,” chanted a crowd in Behbahan. Security forces reportedly used teargas to disperse protestors. Internet connectivity in part of Khuzestan province was cut off, according to NetBlocks.

Protest in Iran’s Behbahan “No to Gaza, no to Lebanon. May my life be sacrificed for Iran,” protesters chanting. pic.twitter.com/l0qptBqxoK

On July 19, Iran’s judiciary announced that it had decided to suspend the executions of the three protestors. “We are very hopeful that the verdicts will be overturned ... considering that one of the judges at the supreme court had opposed the verdicts before,” the four lawyers for the defendants said in a statement published by state news agency IRNA. The Supreme Court could grant the three men an additional appeal, according to Iranian law.

Moradi was arrested on November 19, 2019 and held in an Intelligence Ministry detention center before being transferred to Tehran’s Evin prison. “He was held in prolonged solitary confinement and interrogated without a lawyer present,” according to Amnesty International. “He has said that he was subjected to torture and other ill-treatment, including beatings, electric shock treatment and an interrogator standing on his chest. He has said he only ‘confessed’ after his interrogators promised to provide him with medical treatment for the injuries he sustained, which they later refused.”

Tamjidi and Rajabi fled to Turkey and claimed asylum when they learned of the charges against them. They lived in a refuge camp for a month before being extradited to Iran on December 28, 2019.  Rajabi and Tamjidi “have also said they were subjected to torture and other ill-treatment, including being kicked, beaten with batons and hung upside down while repeatedly beaten on their legs and feet. All were subjected to enforced disappearance for weeks after their arrests and denied access to a lawyer during the investigation phase of their case,” Amnesty reported. “Amirhossein Moradi’s ‘confession,’ which was broadcast in a propaganda video on state television days before their trial took place, was used as evidence to convict them. The three men are currently imprisoned in Fashafouyeh prison, in Tehran province.”

All three men were accused of offenses including sabotage, armed robbery and illegally fleeing the country.  On February 22, 2020, a Revolutionary Court sentenced them to death on the charge of “participation in vandalism and arson with the intent to confront and engage in war with the Islamic Republic of Iran.” In their appeal, the men’s lawyers said that the three men had been forced to confess under “aberrant conditions” and called for a new trial. “We have repeatedly stated that we have not been permitted to defend [our clients] and that they have no information about their trials,” the lawyers said in a joint open letter posted online on July 1, 2020. On July 9, Iran's Supreme Court agreed to suspend the executions of the three men.