Part 3: What Prospects for Diplomacy?

Diplomacy with the United States

Regardless of whether Iran should re-engage with the US in negotiations – on any issue – is a point of real division among Iran’s power centres. The brief political opening under the Obama presidency was possible in part because of the modernisers’ concerted push to secure the easing of sanctions in the face of severe political attacks from other groups. For some securocrats and groups such as the Paydari, it is a fundamental point of belief that US policy is driven by regime change goals; they regard diplomacy as a tool that the US uses to try to weaken Iran. The securocrats also benefit when conflict with external enemies is stoked, as it provides internal legitimacy for bolstering the IRGC’s military strength. 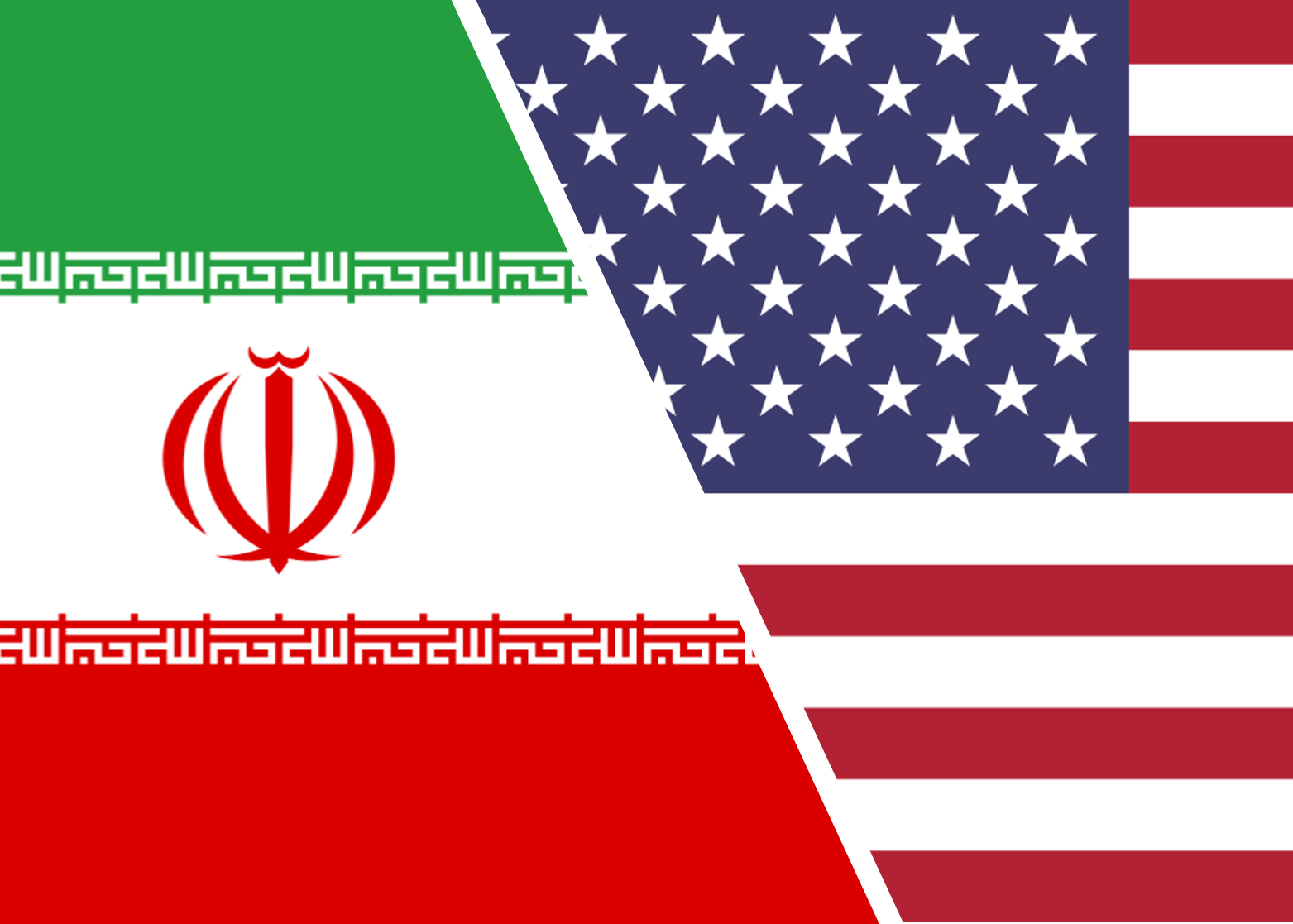 After the US exit from the JCPOA in 2018, modernisers convinced Iran’s leadership to adopt a position of “strategic patience” and remain compliant with the nuclear deal. They were able to do this not least because, at that point, it was unclear how extensively US unilateral sanctions could harm Iran’s economy and how far the US was prepared to go in its maximum pressure campaign. That position lasted for a year, during which time Iran fully complied with the nuclear deal and there was little uptick in military action. However, the modernisers lost ground in May 2019, when the US introduced sanctions designed to create a costly oil embargo on Iran. At this point, the securocrats and the Principlists gained the upper hand over decision-making at the SNSC and successfully pushed for a confrontational response that included expanding the nuclear programme, downing a US drone, and launching missile attacks on US forces based in Iraq.

Most modernisers and traditional conservatives continue to favour a ‘de-escalate and negotiate’ stance towards Washington. They have tried to create space for diplomacy even amid the rising military tensions with the US over the past year. For example, Rouhani and Larijani have repeatedly stated that Iran is open to negotiations if the US lifts its sanctions first and returns to the JCPOA. In practice, the modernisers have signalled their willingness to accept even a temporary easing of US sanctions rather than Trump’s return to the JCPOA – as Macron’s unsuccessful ‘ceasefire’ proposal envisaged. After successive failed attempts to revisit proposals to begin diplomacy with the Trump administration, Iran’s modernisers are not hopeful that progress can be made so long as the US president and his advisers believe Iran is close to capitulation.

Still, America’s zero-sum mentality has forced the modernisers to demonstrate a more united anti-US front in part to preserve their own standing within the nezam, but also because they view such unity as sending a message to Washington that Iran’s leaders are not on the verge of collapse. The United States’ designation of the IRGC as a foreign terrorist organisation in 2019 prompted leading Reformist lawmakers – who had been critical of the IRGC in the past – to attend parliament wearing IRGC uniforms as a symbol of solidarity. Even now, there is growing support among some modernisers for Iran to withdraw from not just the nuclear agreement but also the Non-Proliferation Treaty. Similarly, the US assassination of Soleimani tied the hands of modernisers to oppose a military response – as one Iranian expert linked to this camp describes it, “Trump left us with no choice but to hit back”. 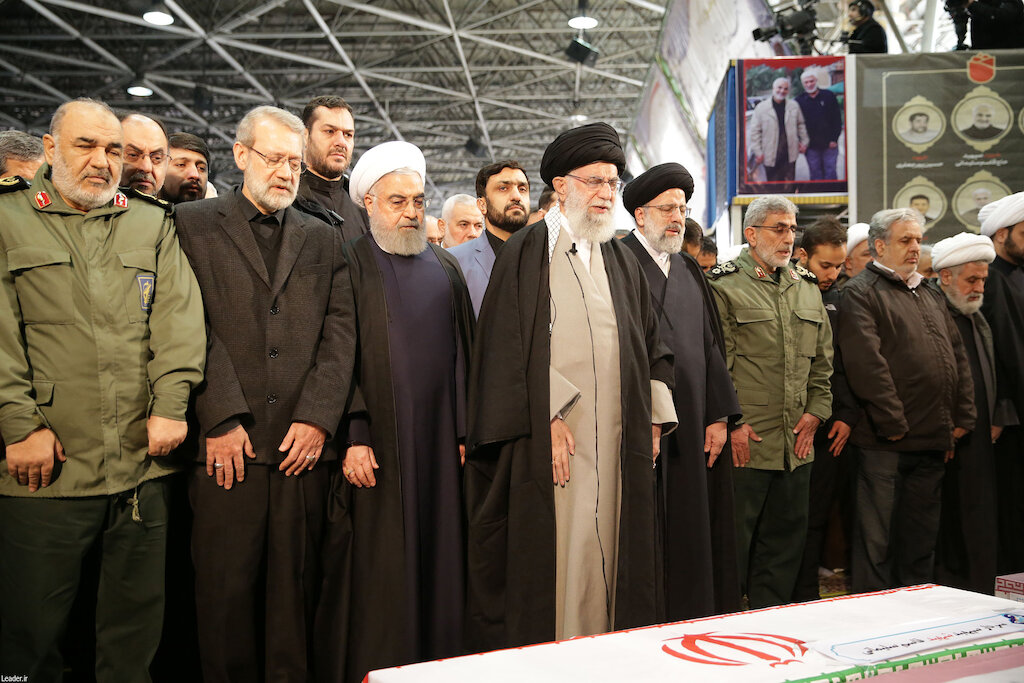 Top political and military leaders at Soleimani's funeral in Tehran

That military escalation led one senior adviser to the modernisers to argue that the time is ripe to pivot towards negotiations with Trump – precisely because Iran had restored its standing by making a credible show of force and signalling its preparedness for war. One senior figure within the moderniser camp shares the worry that further military escalation would only invite increased numbers of US boots on the ground in the Middle East, and would risk dragging Iran into a conventional conflict in which the US had military superiority. In places such as Afghanistan and Iraq, the modernisers have attempted to redirect Tehran’s focus towards influencing local actors to expedite political efforts that could lead to the withdrawal of American troops. This is in line with the supreme leader’s recent remarks that the US will be “expelled” from Syria and Iraq.

The more dominant voices among the securocrats and the Principlists remain adamantly opposed to any negotiation with Washington. IRGC Brigadier General Mohammad Reza Naghdi summed up this viewpoint when he said that “the assassination of General Soleimani was just a result of talks with the US. Whenever we spoke to the enemy in a language other than that of resistance, they dealt us a blow.” The incident provoked intense internal debate. Following Soleimani’s death, this camp lambasted Zarif for a Der Spiegel interview in which he suggested that diplomacy was still an option if the US changed is posture. A military strategist and former IRGC officer claimed that: “the Rouhani government is betraying Soleimani’s blood.” Similarly, in February, Zarif met with US senators, an event that drew extensive criticism from media outlets close to the supreme leader’s office, which described it as “an insult to the Iranian nation.”

However, not all securocrats and Principlists are totally opposed to negotiations with the US. As one expert with close links to the Principlists put it, some in this camp are open to talks with the US “but under their terms and leadership rather than Rouhani’s”. Similarly, the IRGC is known to have accepted transactional dealings with the US in Iraq and Afghanistan under a green light from the supreme leader.

The actual subject of talks also makes a difference to considerations within the nezam. In 2015, when JCPOA negotiations were taking place, Khamenei ruled out dialogue with the US on non-nuclear issues but highlighted that the nuclear talks could be a blueprint for discussing other matters. As one Iranian political analyst describes the situation, “the supreme leader doesn’t cherish confrontation with the US and doesn’t like the situation where Iran is made into an abnormal state. Khamenei knew the nuclear programme was the best way to negotiate with the US rather than regional or domestic issues”, which would be far more complex to resolve. Had the nuclear agreement held, future talks with Iran could have included regional issues. At the time the JCPOA was agreed, Zarif was even at pains to emphasise that the deal was “not a ceiling but a solid foundation” on which to build further diplomacy. But Trump’s U-turn on the JCPOA has vindicated Khamenei’s scepticism of negotiations with Washington domestically and further restricted the modernisers’ room for manoeuvre in attempts to advance talks beyond the nuclear file.

The supreme leader currently maintains a position of ‘neither war nor negotiations’ with the US. Khamenei has approved military strikes against the US but also continues to provide some cover for the modernisers to explore diplomatic options, including a series of detainee exchanges. Analysts interviewed for this paper generally agree that Khamenei does not oppose negotiations with Washington in absolutist terms, but that talks under current circumstances would be tantamount to surrender – if needed, Khamenei is willing to sit the Trump presidency out until Iran can negotiate under better terms.

In contrast to the thinking of the US administration, Tehran may be inclined to negotiate with Washington if it has a relatively strong hand. In an important speech shortly after the death of Soleimani, Khamenei vowed that “getting strong is the only way the Iranian nation has ahead of itself”. The supreme leader is more likely to be open to talks with the US if Iran can negotiate under better terms, which it can gain by at least muddling its way through sanctions, cementing its influence in the region, and obtaining valuable concessions from Washington – which would avoid the impression that it had folded to US pressure. Indeed, Washington and Tehran began their public talks in 2013, after Iran had experienced a deep recession the previous year following the Obama administration’s implementation of sanctions on the country. At the time, Iran had begun to show some signs of economic recovery and the US administration had signalled a willingness to accept Tehran’s desire to enrich uranium on Iranian soil.

The more the Trump administration doubles down on the maximum pressure campaign, the less the modernisers will be willing to stick their necks out again on engagement with Washington. They are only likely to do so if they can guarantee economic returns. Rouhani’s refusal to take the unprecedented step of meeting with Trump – something the US president has repeatedly expressed an interest in – is also likely informed by the experience of North Korea, which has yet to see tangible sanctions relief despite the photo-ops between Trump and the North Korean leader. If the US administration was willing to first take some steps to ease Iran’s economic problems, there would be a much better chance that the supreme leader would permit the Rouhani administration to begin talks with Washington. Such talks would focus only on the nuclear issue for now. In light of Soleimani’s assassination, bilateral negotiations with the US are likely to remain taboo in Tehran. A multilateral setting that includes Russia, China, and Europe would be the most realistic framework in which Iran and the US could conduct a dialogue in the near term.