Justice/Espionage: Iran said Yulia Yuzik, a Russian journalist detained last week in Tehran, was arrested for a visa violation and not for spying as initially reported. Russia had summoned the Iranian ambassador on October 4 to discuss the case.

Politics: Josep Borrell, the incoming E.U. foreign policy chief, said the 2015 nuclear deal with Iran must be preserved. “We have to keep this agreement alive in order to defend our interests, our security and avoid something worse,” Borrell said during a parliamentary confirmation hearing. 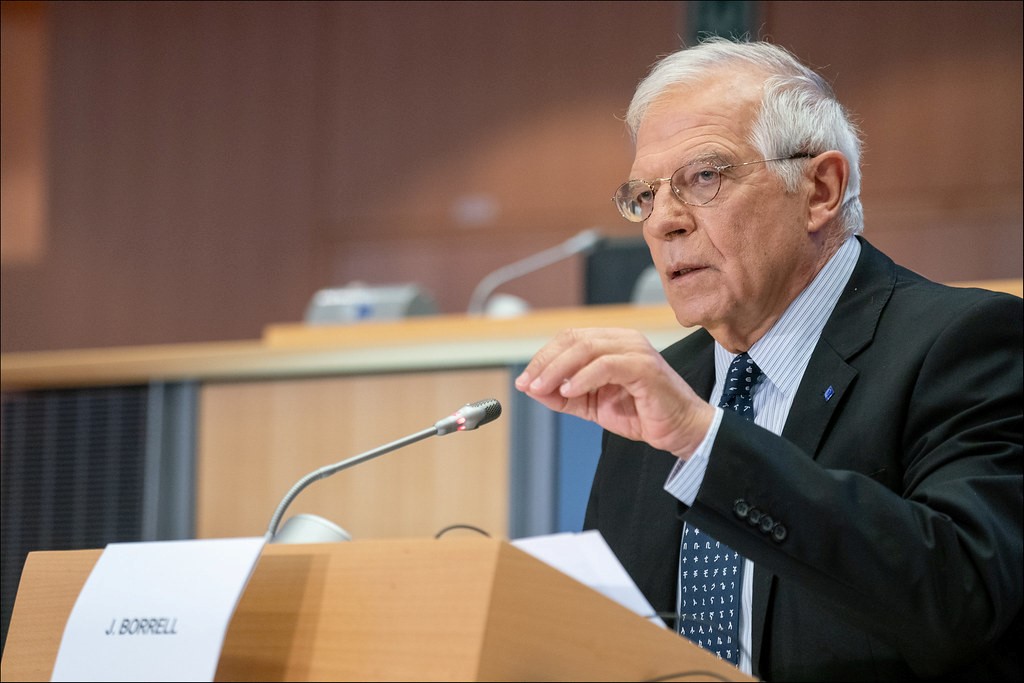 Diplomacy: Iran urged restraint from the Iraqi people after six days of unrest, which left more than 100 people dead. Iraqis took to the streets to protest corruption, unemployment and a lack of basic services. Some clashed with police. “Iran will always stand by the Iraqi nation and the Iraqi government. We are calling on them to preserve unity and to show restraint,” said government spokesman Ali Rabiei. Some protestors reportedly blamed Iranian influence for the poor state of affairs in Iraq.

Diplomacy: Iran urged Turkey not to go ahead with an incursion into northern Syria against Kurdish forces. Iran's foreign ministry warned that the operation would cause “extensive” damage and would not address Turkey’s security concerns. It added that the U.S. presence in Syria was “illegitimate,” and American troops should have been withdrawn sooner. On October 6, the White House had announced that U.S. forces would leave northern Syria and that Turkey would be responsible for captured ISIS fighters there.

US is an irrelevant occupier in Syria—futile to seek its permission or rely on it for security.

Achieving peace & fighting terror in Syria will only succeed thru respect for its territorial integrity & its people.

Nuclear: The Atomic Energy Organization of Iran (AEOI) announced that 30 advanced IR-6 centrifuges would be operational within two to three weeks. IAEO chief Ali Akbar Salehi said Iran’s nuclear program had “returned to pre-JCPOA” levels. He noted that Tehran increased production of uranium enriched beyond 3.5 percent to five to six kilograms a day.

Nuclear: Ayatollah Khamenei said Tehran would never pursue a nuclear weapon because its forbidden under Islamic law. “Building and stockpiling nuclear bombs is wrong and using it is haram (religiously forbidden) ... Although we have nuclear technology, Iran has firmly avoided it,” he said on state television. Khamenei had issued an oral fatwa (decree) banning nuclear weapons in 2003.

Nuclear science is beneficial but since it’s not been coupled with love for humanity, it led to nuclear disasters.
Despite having the ability to develop nukes, we firmly & bravely avoided it, for building & keeping nukes , like using them, is haram.

Diplomacy: President Rouhani called on Turkey to avoid military action in northern Syria. He said the presence of the Syrian army is the only solution to security problems in the country. “We are calling on our friendly and brotherly neighbor Turkey to act with more patience and restraint, and to revise its decision and chosen path,” Rouhani said.

Justice: Iran freed Yulia Yuzik, a Russian journalist who had been detained in Tehran since October 2. The Russian embassy confirmed that Yuzik flew back to Moscow following her release.

Human Rights: Iran allowed women to attend a FIFA soccer game for the first time since the 1979 Islamic Revolution. Over 3,000 women watched the men’s national team play from a women-only section in Tehran’s Azadi Stadium. The government agreed to permit female spectators after FIFA had threatened Iran with suspension from international matches.

Holding our tears back as women in #Iran attend a football game in Azadi Stadium.

Sahar Khodayari self-immolated outside a courthouse where she was facing prosecution for trying to defy the state ban on women in stadiums https://t.co/AMUZaK0gax. pic.twitter.com/90SI12smnR

Economics: Iranian state media reported that the Sabiti, a tanker owned by the National Iranian Tanker Company (NITC), was struck by two missiles in the Red Sea. Saheb Sadeghi, the NITC head of public relations, said the missiles were “possibly” fired from Saudi territory. But the National Iranian Oil Company later dismissed that possibility. The Sabiti was reportedly 60 miles from the Saudi port of Jeddah when it was hit.

Diplomacy: Iran offered to mediate talks between Syrian Kurds and the Turkish government following Turkey’s invasion of northern Syrian. “Iran can help bring together the Syrian Kurds, the Syrian Govt and Turkey so that the Syrian Army together with Turkey can guard the border,” Iranian Foreign Minister Mohammad Javad Zarif tweeted.

The Adana Agreement between Turkey and Syria—still valid—can be the better path to achieve security. #Iran can help bring together the Syrian Kurds, the Syrian Govt, and Turkey so that the Syrian Army together with Turkey can guard the border.

From my interview with @trtworld: pic.twitter.com/q05OFnlpaN

Economics: Ali Shamkhani, secretary of Iran’s Supreme National Security Council, warned that Tehran would respond to an alleged attack its oil tanker on October 11. “Vicious behavior in international waterways will not go without a response,” Shamkhani said. Saudi Arabia denied involvement and claimed it had a received a message from the ship’s captain “that the front of the vessel has been broken, resulting in an oil spill in the sea from the cargo and tanks of the vessel.”

#PMIKvisitsIran: Prime Minister said he strongly believes that any issue could be resolved through dialogue and talks #PMIKForPeace https://t.co/VmMcR4IJgo #رہبرامت_عمران_خان