On April 22, the Trump Administration announced that it will stop providing sanctions exemptions to countries that import Iranian oil as of May 2. What impact will this move have on Iran?

The United States will let sanctions exemptions on the purchase of Iranian oil lapse on May 2. Any company that buys Iranian oil after this deadline could face formidable sanctions penalties from the U.S. Treasury Department. These penalties could come down on a company buying Iranian oil, as well as its bank, insurer, traders, vessels, the flagging authority for the vessels, and other entities linked to the transaction. This intimidating web of liability will cause all reputable companies to avoid violating U.S. sanctions. If the U.S. government offers no leniency, importers of Iranian oil will pull back on purchases as much, and as fast, as possible.

Iran exports are slightly over 1 million barrels of oil per day at present, which accounts for Iran’s major source of hard currency. This revenue stream will suffer significantly from the tightened sanctions. In turn, Iran will have greatly increased difficulty funding imports and experience contracting growth.

What impact will it have on the countries that rely on Iran for imported oil? What are they likely to do?

Companies in the last remaining countries that buy Iranian oil, including China, India, Turkey, Japan, and South Korea, will try to negotiate with the United States for leniency. They will simultaneously work to replace Iranian crude cargoes should these negotiations not bear fruit. News reports indicated that traders from these countries made a rash of panicked calls seeking substitutes for Iranian oil immediately following the U.S. administration’s sanctions news.

Purchasers in Japan and South Korea are likely to end their consumption of Iranian oil relatively soon. They demonstrated that they could do so last fall, before slowly expanding their purchases over more recent months. China and India, which are the biggest buyers of Iranian oil, and who will struggle most for substitutes, are not likely to be able to completely eliminate Iranian oil purchases. Major refiners in these countries will likely cut ties with Iran, leaving smaller traders and refiners to contemplate whether to tempt fate with the U.S. sanctions.

Iraq, which looks to Iran for electric power, has no alternative. It will likely plead with the United States for an exception from possible sanctions penalties.

What impact will the end of sanctions waivers have on the global energy market? Which oil producers are most likely to step in and increase their exports to compensate?

The U.S. announcement to quickly clamp down on Iranian oil exports after May 2 caught many in the oil market by surprise. Oil prices spiked several dollars on anxiety that Iran’s oil customers will not find substitutes. Sanctions on Venezuela and Iran are already making the heavier grades of crude that these countries and some others sell a bit scarce and costlier.

Saudi Arabia and the United Arab Emirates (UAE) have promised to expand production to substitute for the Iranian barrels that will come off the market. Along with fellow OPEC member Kuwait, they control about 2 million barrels per day of oil that can more than replace Iran’s exports. Also, U.S. oil companies are adding more and more oil to the global market, around 1 million more barrels this year. While this U.S. oil does not match the grade of Iranian (or Venezuelan) oil squeezed by sanctions, it does help to ameliorate some supply anxieties.

Veteran oil market analysts are, however, less than sanguine about the market. Saudi Arabia and the UAE will likely wait to see if the market can strain and accommodate the new sanctions policies before they jump in to help. The Arab Gulf states stand to benefit from high oil prices associated with some scarcity in the market. Also, they are not keen to repeat the experience of last fall. Then they pumped more oil anticipating full U.S. reimposition of sanctions on Iranian oil exports. However, when the United States pulled back at the last minute they were left with a collapse in price. Now, Iran’s oil buyers are dearly hoping that Saudi Arabia and the UAE make good on their supply commitment.

What does the Trump administration hope to achieve? And will it work?

The Trump administration is using economic pressure to try and compel Iran to cease its support for terrorism, missile proliferation, human rights abuses, destabilizing regional activity, and abandon all nuclear ambitions. The White House does not have an explicit goal of coercing regime change. However, many observers interpret this to be the implicit agenda of the economic pressure policy. There is not a widely held belief that the U.S. policy approach will deliver Iranian capitulation or empower the leadership of a liberal movement in Iran. Regardless of the ultimate outcome of the maximum economic pressure strategy, Iran hawks largely embrace this course as the favored response to abhorrent and threatening acts committed by Iran’s revolutionary leaders.

President @realDonaldTrump's maximum pressure campaign is having a debilitating impact on the Iranian regime's ability to spread terrorism. pic.twitter.com/WPFTC7ZoUh

Are there any signs that Iran's economy is being impacted by the Trump Administration’s “maximum pressure” campaign? How much more vulnerable is Iran economically since Trump took office in 2017?

Iran’s economy has felt the pain of the Trump administration’s maximum pressure campaign. Sanctions reimposed by the administration in November 2018 blacklisted hundreds of Iranian firms and individuals. This caused banks and companies from around the world to ban business ties with Iran. U.S. oil sanctions from November cut Iran’s exports in half from about 2.25 million barrels per day a year ago. November sanctions on most of Iran’s banks, including its central bank, also severed most ties to the international financial system.

The effects of these measures show up in Iran’s economic data. The International Monetary Fund said its economy contracted almost 4 percent in 2018 and may contract 6 percent in 2019. Inflation has risen 50 percent from a year ago.

What countermeasures is Iran taking to mitigate the impact of U.S. sanctions?

Iranians have been accustomed to living under international economic restraints, in a ‘resistance economy,’ for years. Banks and companies have a variety of methods to manage difficult international financial transactions and the central government takes a leading role in facilitating imports. This functionality comes with great cost to efficiency and creates many opportunities for corruption and lack of financial transparency.

Iranians have pressured European backers of the Iran nuclear deal, known formally as the Joint Comprehensive Plan of Action, to develop sanctions-resistant ways for Iran to sell its crude oil and conduct international business. Germany, France, and the United Kingdom have announced the formation of INSTEX, a non-bank barter mechanism, to eventually facilitate such trade.

#Iran registered a mirror company for the European special payment channel #INSTEX on Tuesday March 19. A group of Iranian state and private banks as well as some companies are the mechanism's stakeholders. pic.twitter.com/a1mTeRaiZO

Iran responded by threatening to close the Strait of Hormuz. What impact would that action have on world oil supplies? Iran has threatened similar moves in the past. Is this reaction more likely now?

Islamic Revolutionary Guard Corps officials lashed out at the bitter sanctions news by declaring a willingness to close the Straits of Hormuz if Iran is not allowed to use the waterway. This is a threat that Iran has made before, even while its effects could be devastating to the Islamic Republic. Arresting traffic on this international waterway, through which passes 19 million barrels per day of oil, would be catastrophic for the oil market. It would also stall the movement of agricultural products and goods through this critical waterway, with potentially widescale humanitarian implications. It could be considered an act of war. Iran is very unlikely to carry through on this threat. 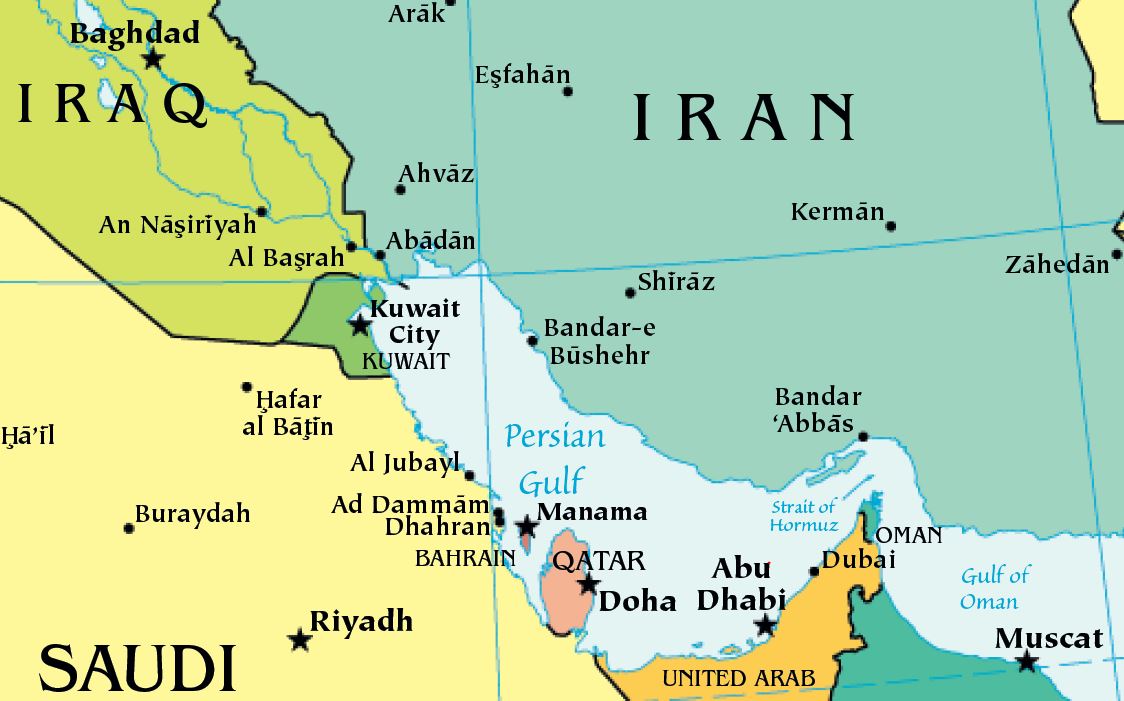 Elizabeth Rosenberg held senior roles at the U.S. Department of the Treasury from 2009 to 2013, where she helped oversee the tightening of international sanctions on Iran. She is now a Senior Fellow and Director of the Energy, Economics, and Security Program at the Center for a New American Security.