Interview with Zarif in New York

On July 18, Iranian Foreign Minister Mohammad Javad Zarif discussed major issues in two interviews, one with Robin Wright and another with a small group of journalists (including Wright) at the Iranian Mission to the United Nations in New York City. The following are excerpted remarks on topics ranging from the 2015 Nuclear Deal to Iran’s seizure of a foreign tanker on July 14. 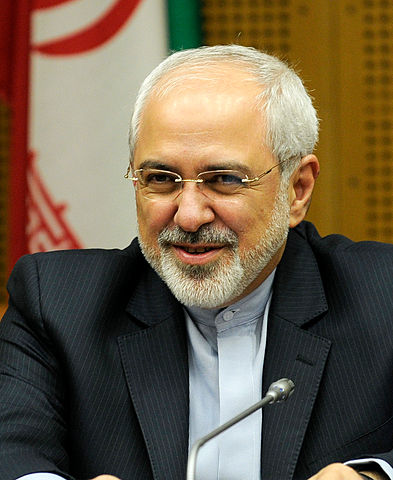 President Trump exercised prudence once by not agreeing to the suggestions that were made to him to retaliate…He is the one who has to tell you why. But, in my view, he received information that Iran would continue, that no war with Iran would be a short war....If you exercise prudence, you'll be recorded in history as somebody who saved Americans and the rest of the world from abyss…”

“I have every reason for optimism, otherwise I wouldn't be alive... I believe we were a few minutes away from a war. Prudence prevailed, and we're not fighting. So it gives you a reason for us to be optimists. If we work, if we are serious, then we can find a way forward.”

On a Meeting with Senator Rand Paul: “I meet with various members of Congress. Rand Paul is a respected member of Congress and if there is a request, not as an emissary, but as a Senator, then of course.”

On Secretary of State Mike Pompeo’s 12 preconditions: “No, I'm not interested in talking to him [Pompeo]. He can go ahead and try to implement his 12 conditions. But I don't talk to people who put 12 conditions that means basically ending Iran as it stands. He's in no position to give us those conditions. In reply, I gave him 15 conditions.”

On Iran’s Missile Program: “We produced our own missiles and now they come and tell us, why do you produce your missiles? You made us. You forced us. We could have bought them.”

“If we could do anything to change that situation for the better, I don't think anybody in Iran would hesitate to do it. Our problem is: If you read the book ‘The Art of Sanctions,’ this ‘up and down’ in easing and tightening the screws …is, in effect, an attempt to keep our economy in flux... We have been able to stabilize now and weather the storm of last year…

It's important for our young people to recognize that they can have a future. Part of the bleak prospects in the polls--about lack of hope, about the future--stems from our internal debate…We are trying to accuse each other of being responsible for this, and that creates more of an atmosphere of lack of hope.”

“We need $ 14 billion a year to buy food and medicine for our population. The United States is trying to starve our people…”

“The United States has been over-extending its economic power. The weaponization of the U.S. dollar will result in people trying to avoid it. INSTEX may not provide us with any benefit but it should be a serious alarm bell for the United States, that your closest allies are using other currencies and other mechanisms to circumvent the use of the U.S. dollar. So I don't think we're the only losers in this game. Everybody will lose…”

On Foreign Trade: “We have excellent relations with China, Russia and India. We will continue to do trade. But we're not going to expose what we do. It's not going to be transparent... It's not necessarily with governments, but we will do trade with whoever we can. And that's our right, and that's their right, and the United States has no business intervening or interfering in that.”

On 2020 U.S. Elections: “I give him [Trump] better than a 50 percent chance, but I'm not an American. ..Usually the incumbent has the upper hand in running. So, I mean, it’s none of my business. It's the choice of the American people. ..But I will not, nor will my government, base its foreign policy on an expectation of something that we don't have any role in.”

On the British Seizure of Iranian Tanker: “If we told you where it was going, next time we wouldn’t be able to sell our oil. We can’t be transparent. We told you it wasn’t going to Syria – but the rest is none of your business. Because, if we told you, it would be one less outlet to buy it to get money to feed our people.”

On Iranian Seizure of Foreign Tanker: “It's not a tanker. It's a small ship carrying a million liters, not a million barrels of oil… These are people who are smuggling our fuel.”