On August 2, President Hassan Rouhani gave a wide-ranging interview on state television that covered the economy, nuclear deal, environment and more. The following are excerpted remarks arranged by topic. 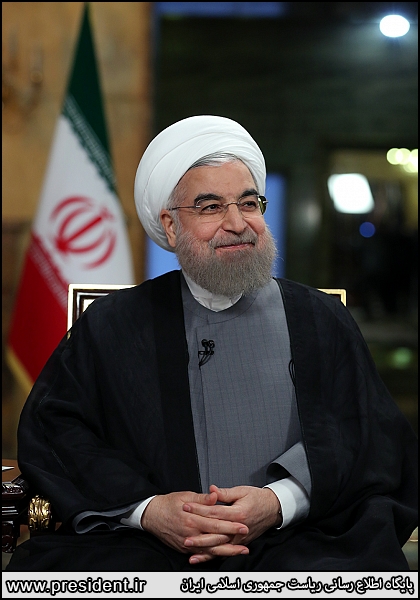 “1394 was a hard economic year because of plunge in oil prices and the government is trying to make 1395 the year of openings.”

“Non-oil exports outpaced imports in the first 5 months of the current year.”

“Today no one can dictate Iran what to do in exporting its oil.”

“People’s access to information and comprehensive and non-partisan fight against corruption is an essential step.”

“Salaries should be in accordance with the services they provide to the society.”

“People manage the economy better than everyone else.”

“To boost enterprises, banks should be reformed and the aim of the bill of banking system reform is to increase facilities and decrease the interest rates.”

“In the current year, we will not need to import wheat.”

“40,000 people have been recruited in 2500 knowledge-based companies and the government is aimed at boosting the economy and create jobs for the youth.”

“Our figures for the second quarter of 2016 well indicate moving forward with all indicators positive growth rate as predicted for this time of the year.”

“The $25 billion cited before is now $ 15 billion, which shows a lump sum of $10 billion; our customs office should be equipped with technologies that improve the discoveries of smuggled goods; our border patrol should also remain alert to the crossings to contribute to this decrease of the volume.”

“Especially, I could site our figures in oil where our oil production and sales spiked immediately after the implementation of the JCPOA, albeit with minimal effect in fields other than oil markets.”

“In addition, we have been given ample space in terms of using our money of oil export. Compare this condition with before the JCPOA where the country was systematically paralyzed and was deprived of its money frozen in foreign banks, even when our oil customers really sought to pay for oil.”

“The country has now developed banking transactions with over 400 foreign banks, the number still counting; our shipping was also a section benefiting from removing sanctions on international insurers; our ports now host international ships and our ships also stop in international ports.”

“Instead of people, rentier organizations used monopoly over public sector, which was quite unnecessary by the fact that it was not real privatization as the Leader intended initially.”

“Smuggling of goods has considerably decreased during the past year.”

“JCPOA is a good opportunity for economic development and interaction.”

“The U.S House of Representatives is attempting to sabotage the process of JCPOA implementation.”

“As the Supreme Leader said, the JCPOA was meant to test the U.S.”

“The U.S. did not fulfill its commitments well and did not use the cooperation opportunity in other fields.”

“If the U.S. had implemented the JCPOA precisely, we might have trusted in them, and we could’ve worked with them on other issues.”

“Had the other side preformed well, we would have been in a better condition today, but there are some acts of obstructionism.”

“With our nuclear program dossier referred to the UN Security Council, Iran was wrongly depicted as an international threat and thus was target of unprecedented sanctions ever hitting a country in history; this is a magnum opus of our negotiators who worked to hammer out a deal and a win-win situation out of seemingly difficult situation.”

“The opponents of the JCPOA are definitely working to sabotage the deal; this is not new and the US especially Congress had been in the forefront of all efforts of bringing Obama's foreign policy achievement to dust; even today they have been working to undermine the JCPOA.”

“I believe the government and officials should remain united in the face of any violations of JCPOA, ready to retaliate with strong resolve.”

“If we do not change our water usage patterns, soon we won’t have water to drink.”

“We are looking for modern methods and solutions to control and manage the use of water in agriculture.”

“The government had prepared a draft, a code of conduct; the social evils and ills are rooted in the fact that we have been no longer respecting ethics, either general or professional.”

“No media should be brazen enough to culminate the individuals even if they have been convicted of a crime in a court."

“Iran is the epicenter of security and safety in the region”.

"The U.S. conduct had deprived her of our trust and no negotiation would restore such trust.”

“I hope we witness our athletes’ success in the Olympics.”