What is the current state of Sunni-Shiite tension in the Gulf? How has it changed over the last 15 years?
Sectarian tensions have become a major part of political life in the Gulf Arab states, particularly in Saudi Arabia, Bahrain and Kuwait. Shiites in each state suffer varying degrees of religious discrimination and political marginalization. Tensions are typically portrayed as a spillover effect of sectarian strife elsewhere in the region (the Iraq War, and, more recently, the Syria conflict) or Iran’s deliberate incitement of local Shiite communities in the Gulf. But they are only part of the story. 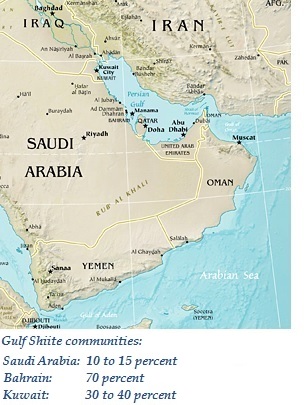 The roots of Shiite-Sunni tensions in the Gulf are more complex and ultimately more local. They are deeply woven into the political fabric of individual states. Sectarian identities have been further sharpened by uneven access to political and economic capital, official and quasi-official discrimination, and the absence of truly inclusive governing structures. This is true in virtually every field: government bureaucracies, the security sector, the labor market, clerical establishments, the legal system, provincial development and so on.
The recent rise in tensions is particularly tied to the failure of reforms promised at the turn of the millennium that has left young Shiites deeply embittered and frustrated. Young activists claim that their generation is susceptible to sectarian mobilization because it is shut out of the social compact, deprived of access to economic and political capital, and instilled with a sense of “otherness.”
During the Iraq War, Gulf regimes—particularly Bahrain and Saudi Arabia—increasingly viewed Shiite demands for reform as a security threat. Tensions reached an apogee after the 2011 Arab uprisings, when Sunni clerics and Gulf media attempted to portray initial demands for democracy as narrowly Shiite in character and inspired by Iran. This strategy created fissures within the reform movement by exacerbating Shiite-Sunni identities, as it implicitly highlighted the ruling families as arbiters over a fractious and divided citizenry.
The war in Syria has amplified tensions. The “sectarianization” of that conflict—due to both Assad’s policies and outside intervention by Arab states and Iran—has rippled across the Gulf. Sunni clerics in the Gulf have demonized the Alawite regime and its allies, with blowback on local Shiites. Many Gulf Shiites are now ambivalent, if not opposed, to supporting the Syrian opposition, which is increasingly seen as anti-Shiite. 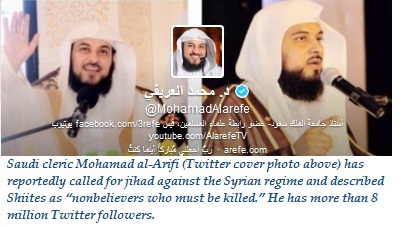 The recent explosion of social media has deepened discord; it parallels the rise in sectarianism over the past 15 years. Twitter, Facebook and YouTube have created a vast echo chamber for sectarian strife to reverberate from one corner of the region to the other. Social media is a real-time theater where audiences do not just observe but participate in ongoing conflicts in the region. The most strident purveyors of sectarianism are given disproportionate weight on social media.
Gulf regimes have been inconsistent—and even contradictory—in policing this toxic discourse. At one level, sectarianism in the media has a certain utility: It is a reminder of the monarchy’s value as the glue binding society together. Yet Gulf regimes also fear such vitriol will fuel a dangerous strain of Salafi extremism beyond their control. There are already signs of this happening.
If Gulf political life had greater inclusivity and pluralism, then sectarian identities would be less politicized and less malignant. Social media and regional conflicts would also have less of a mobilizing effect on Gulf citizens.
How has the tension affected the geopolitical balance between Iran and the Gulf states? 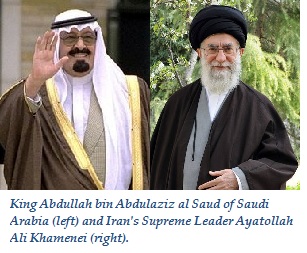 The conflict between Saudi Arabia and Iran is not driven primarily by a Sunni-Shiite divide or even Arab-Persian ethnic differences. The conflict is informed by two radically different models of government—each laying claim to Islamic legitimacy—and two very different visions of regional order.
Iran’s system has enshrined the role of religious authorities in political life and given people a partial say in governance through elections. The Saudi ruling family has effectively de-politicized its clerics and continues to abhor the principle of democratic elections.
The question of U.S. power in the region is also at the heart of the struggle: Iran sees a Middle East free from U.S. military influence, whereas Saudi Arabia historically has required some sort of external balancer to serve as a check against Iran—and Iraq. The two sides have also jostled for patronage of historically pan-Arab “portfolios,” such as the Palestinian cause. The al Saud see Iran’s involvement in this issue as tremendously threatening to its regional and even domestic legitimacy.
Iran has generally tried to downplay sectarianism in its media and in the way it frames its role in the region. In its proxy conflict with Iran, Saudi Arabia has not pursued an explicitly sectarian foreign policy. But both states have ended up backing local actors that are in fact sectarian—and increasingly so in light of Syria’s war. Regardless of intent, the meddling of the two powers in weak and fragmented states is fueling a dangerous form of identity politics. Yet both sides are also capable of dialing back and tempering sectarianism. This played out in Lebanon after the 2006 war. It is happening again now in Bahrain, where Iran (and Hezbollah) have lowered the tenor of their criticism of Saudi policies.
What are the implications for Western interests in the Gulf?
The rise in sectarianism does not present an immediate threat to U.S. interests in the Gulf. Sectarianism is deeply embedded in the DNA of Salafi-jihadism and the al Qaeda worldview. Gulf funding and volunteers in the Syria conflict are creating new strains of al Qaeda-ism that could eventually threaten Gulf regimes and U.S. interests.

Gulf Shiites have not volunteered or provided funds to Syrian fighters to the same extent as Sunnis have. Indeed, Shiite clerics have assiduously warned against such activity. A few Shiite businessmen, particularly in Kuwait, have provided funding. But by and large, Gulf Shiites remain focused on their local rights—and within the framework of existing political process.   How long this restraint will last, given the current stalemate on reform, remains to be seen.
U.S. and Western interests may eventually be threatened if Shiite opposition activity takes a more extremist turn. Already, activists from the February 14 Youth Movement in Bahrain have linked the U.S. Fifth Fleet with the repressive tactics of the ruling al Khalifa family. Whether and how this nascent anti-Americanism devolves into a more serious threat depends on how the United States is perceived as a neutral broker.
U.S. officials should see sectarianism in the Gulf as a symptom, a wake-up call for meaningful political reform that could stave off more serious challenges to the monarchies down the road.
What are the broader implications for regional stability and even the modern map of the Middle East?
The current sectarian tensions in the Gulf are not prompting a fundamental shift in the regional map. Historically, sectarian affinities were one set of identities that co-existed alongside other affiliations: national, ethnic, tribal/familial, local, urban, generational, and so forth. Looking at the Middle Eastern map in terms of sectarianism downplays the power of these other forces. For most Shiites in the Gulf, the existing nation-state remains the framework through which they conduct their activism.
There have been very few calls for secession or the creation of a united Shiite state encompassing Shiite communities in eastern Saudi Arabia, Bahrain, and southern Iraq. A Shiite state enjoys little support, given the unique national histories of Shiite communities in each country, the religious and intellectual genealogies of their elites, and the power of familial and tribal bonds.
Bahrain is one instance where sectarianism has contributed to a potential redrawing of the map. Since 2012, Sunni Islamists and regime hardliners have been calling for greater political and military union with Bahrain’s Sunni patron, the Kingdom of Saudi Arabia.
Iran has claimed the Arab uprisings are a continuation of its own 1979 revolution. What influence has Iran actually had on Shiites in the Gulf?
Iran largely abandoned attempts to export its revolution to the Gulf in the 1990s. Gulf Shiite activists also distanced themselves from affiliation with the Iranian government, even while maintaining religious ties to Iranian clerics. Today, Gulf Shiite elites who embrace the Islamic Republic’s principle of velayet-e faqih and regard Supreme Leader Khamenei as their marja’ (clerical reference) do not enjoy wide support.
But for many Gulf leaders who came of age during that seismic event, the Iranian revolution remains the prism through which they view local Shiite activism. The phobia is partly strategic: Portraying Shiite protestors as Iranian-backed delegitimizes them and undermines the possibility of cross-sectarian cooperation between Shiites and Sunni liberals and reformists.
Iran is not backing Gulf Shiite activity to the extent that its notorious Qods Force is supporting Shiite militants in Iraq, Syria and Lebanon. There may be scattered and episodic contacts between activists and elements of the Iranian government or Hezbollah. As is the case elsewhere in the region, Iran may have sleeper cells waiting to strike the oil infrastructure of Saudi Arabia’s Eastern Province or the Fifth Fleet in Bahrain. But this does not imply that Iran is directing or orchestrating the post-2011 protests in the Gulf or that its support is crucial to their continuation.
Moving beyond the Iranian revolution’s long shadow in the Gulf, especially on sectarian relations, may be a matter of generational change. Many Shiite youth in the Gulf described themselves as post-ideological, post-sectarian and even post-clerical. Among the regimes, the ascendance of a younger generation of royals—for whom the Iranian Revolution is less of a formative memory and sectarian dogma has less usefulness—may also change the dynamics. Yet these positive trends may also be offset by both the growing strength of Salafism among Sunnis and the new strain of sectarianism being bred by the Syria conflict.

Frederic Wehrey is a senior associate in the Middle East Program at the Carnegie Endowment for International Peace.

Click here for information on Wehrey's new book, Sectarian Politics in the Gulf: From the Iraq War to the Arab Uprisings.