What Iran’s Election Means for the Future 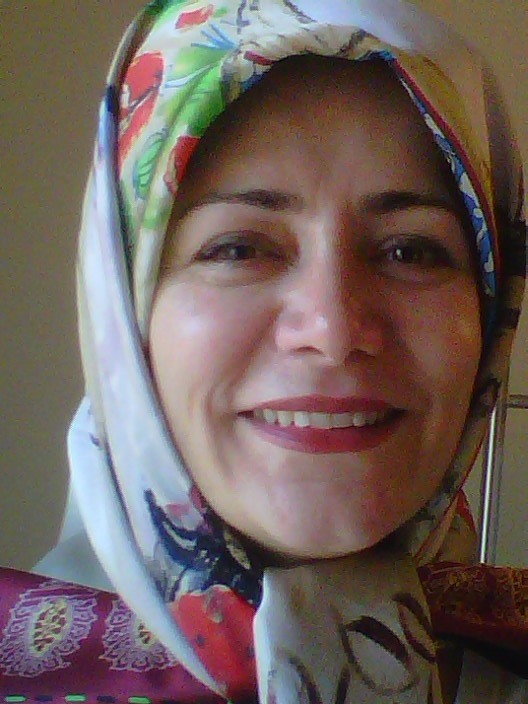 Dr. Fatemeh Haghighatjoo was a member of Iran’s parliament between 2000 and 2004. Elected at the age of 30, she was the youngest woman member ever elected to the Majles and one of only 13 women — among 290 — in the sixth parliament. Haghighatjoo charged the Revolutionary Guards with torture and the Guardian Council with manipulating elections. The Guardian Council subsequently barred her from running for office. Haghighatjoo is now directing the Nonviolent Initiative for Democracy, a nonprofit organization based in Boston.

What does the presidential election tell us about Iran’s political climate?
The election shows that Iranians want to open up the political space and increase civil liberties. They want to see the removal of the securitized atmosphere. The state interferes in every aspect of people’s lives. People are arrested for next to nothing. Iranians want to see a more rational government take over.
For the first time, foreign policy played an important role in the presidential election. Even the government did not anticipate that it would come up as a key issue during the presidential debates. Foreign policy dominated the campaign because it is connected to people’s everyday life.
Iranians sent a clear message to the government that they want to see the nuclear issue resolved because they realize how it negatively impacts their daily lives. But that does not necessarily mean that Iranians do not want development of nuclear technology. President-elect Hassan Rouhani put this in nice sentences. “It is important for centrifuges to spin, but people’s lives should run too,” he said during the campaign. Rouhani sees the connection.
What does the election mean for change in domestic policy?
On security issues, Rouhani will try to reduce the influence of the security apparatus in daily life. The government looks at everything through the lens of security. Even youth playing with water guns in a park may be seen as a threat. Rouhani has said that he does not want a securitized atmosphere. He wants to relax controls on civil society and cultural affairs.
On the economy, Rouhani will reverse outgoing President Mahmoud Ahmadinejad’s populist policies. Economic growth rates have been negative for two consecutive years. Rouhani‘s team will have a hard time to reversing this trend. His goal will be creation of job opportunities and a positive growth rate. On subsidies, he will likely enact more efficient reforms. Ahmadinejad executed the reforms poorly. His government borrowed money from the central bank, which dramatically increased inflation to more than 40 percent.
On education, Rouhani may try to reverse changes made to higher education. Ahmadinejad’s government purged professors, pushing them to retire early. The social sciences and humanities also suffered. Women were barred from more than 70 majors, and women’s studies departments were shut down.
But some of these actions were probably ordered by the supreme leader. And Rouhani will not challenge Ayatollah Ali Khamenei on every issue. Women’s issues are usually secondary to other issues, unfortunately.
On cultural affairs, he is likely to lift some unnecessary restrictions on the cultural and arts community to allow more productions.
What does the election mean for the balance of power between supreme leader and presidency?
Over the past 16 years, Khamenei has consolidated his power over the legislative, judicial and executive branches and curtailed their independence. Rouhani has a good relationship with Khamenei and is trusted. He has a great ability to convince people as well, which will help the new president to extend his power. But Khamenei will not sit by while his real power shrinks. Rouhani will engage Khamenei and prioritize which issues to take bolder action on. Rouhani’s priorities will likely be foreign affairs and the nuclear issue, his specialties.
What does Rouhani’s election mean for nuclear policy and negotiations?
Rouhani’s main priority is fruitful negotiations with P5+1 (the United States, Russia, China, Britain, France and Germany). He will almost certainly not accept suspension of uranium enrichment. The national consensus is that Iran must continue to enrich uranium domestically. But Rouhani will work on building trust with the West and the United States to gradually lift sanctions. He may accept U.N. measures that ensure Iran will not militarize its nuclear program.
On the other hand, the nuclear issue has become something of a domestic political game in Iran. Rouhani will try to strengthen his approach to nuclear talks by engaging all key players including the Supreme Leader, the Revolutionary Guards and parliament while preventing radicals from trying to sabotage his approach to the talks.
What did the election say about the balance of political power?
During the campaign, Rouhani promised to form an inclusive cabinet that would bring moderates from both the reformist (centrist) camp and the principlist (conservative) camp. He understood that in order to get things done, politicians from both the left and the right need to view his election as a win-win situation.
Rouhani’s government will likely be particularly cooperative with parliament. This speaks to his background as a former deputy speaker, former chairman of the Foreign Relations Committee, and former chairman of the Defense Commission. Rouhani served in parliament for two decades between 1980 and 2000.
What does the election mean for youth, who now dominate the population?
The youth participated in the election to say no to the status quo. But they have some doubts. They recognize that amending the constitution is out of the question for now. So they have minimalized their demands in the hopes of changing smaller things. The youth mainly want to see economic improvement, social relaxation and more civil liberties. The rate of unemployment is extremely high and inflation is above 40 percent.
Rouhani’s trump card has been the youth, so he won’t forget their demands if he is thinking about re-election in 2016.