Timeline and ABCs of the Deal

October 18 marked Adoption Day for the nuclear deal between Iran and the world’s six major powers —Britain, China, France, Germany, Russia and the United States. The day signaled the starting point for the so-called P5+1 countries and Iran to begin preparing to implement their commitments under the agreement. The following is a guide to the deal. 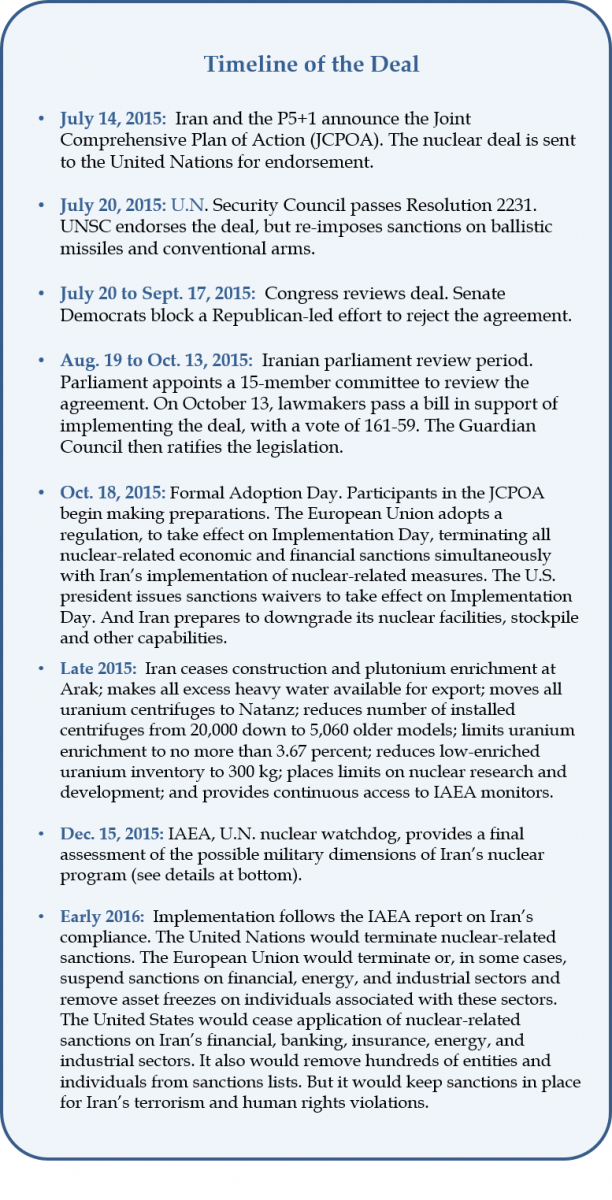 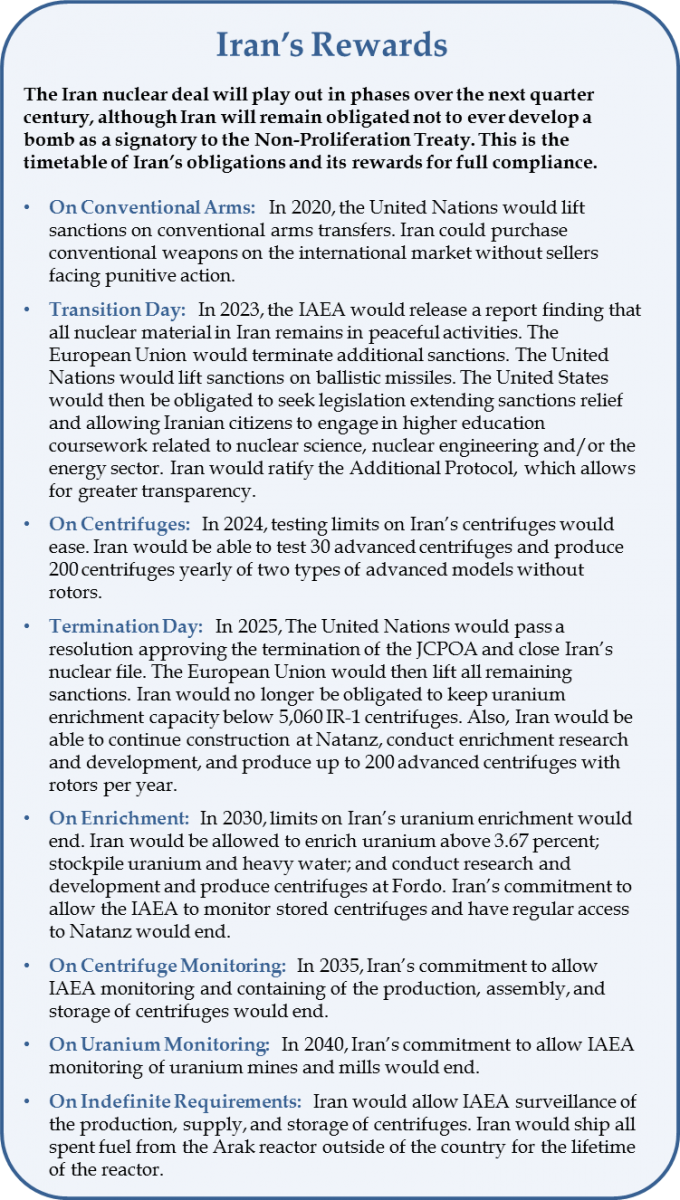 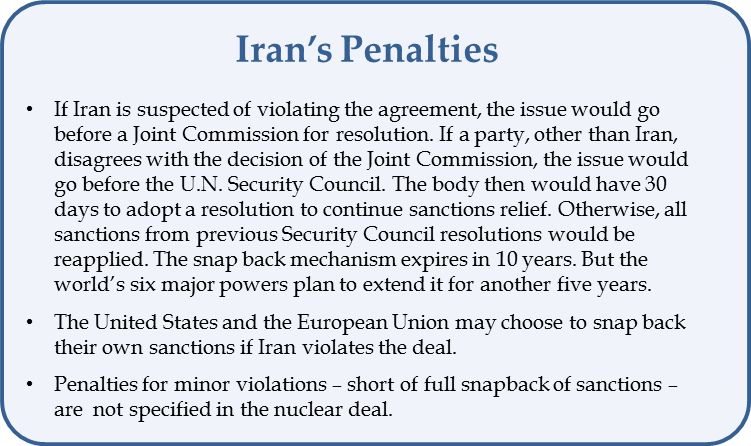 In a report completed in December 2015, the U.N. nuclear watchdog concluded that Iran had worked on a “range of activities relevant to the development of a nuclear explosive device,” despite its denial of any work on a nuclear weapons program. It reported that the most “coordinated” work was done before 2003. The International Atomic Energy Agency (IAEA) noted, however, that “these activities did not advance beyond feasibility and scientific studies, and the acquisition of certain relevant technical competences and capabilities.” The long-awaited assessment said Tehran continued some activities until 2009 but that there was no “credible information” that the Islamic Republic had engaged in research or development of a nuclear weapons program since then. The report was framed as an assessment, suggesting that the watchdog couldn’t issue an unequivocal ruling, according to the Associated Press. On November 26, IAEA chief Yukiya Amano had warned that the report would “not be black and white.” The following are some key takeaways.