Six in 10 Americans support returning to the 2015 nuclear deal between Iran and the six major world powers, according to a survey by The Chicago Council on Global Affairs. The remainder of those polled prefer to maintain economic sanctions on Iran and stay out of the agreement, which President Donald Trump abandoned in 2018.

In 2021, the Biden administration launched new diplomacy to get both Tehran and Washington to fully comply with the nuclear deal. But indirect talks between Washington and Tehran stalled in September 2022. Iran’s latest response to a draft agreement “takes us backwards,” Secretary of State Antony Blinken said. A key obstacle was Tehran’s demand that the U.N. nuclear watchdog close an investigation into traces of uranium found at undeclared sites. The probe was separate from Iran’s commitments under the nuclear deal. 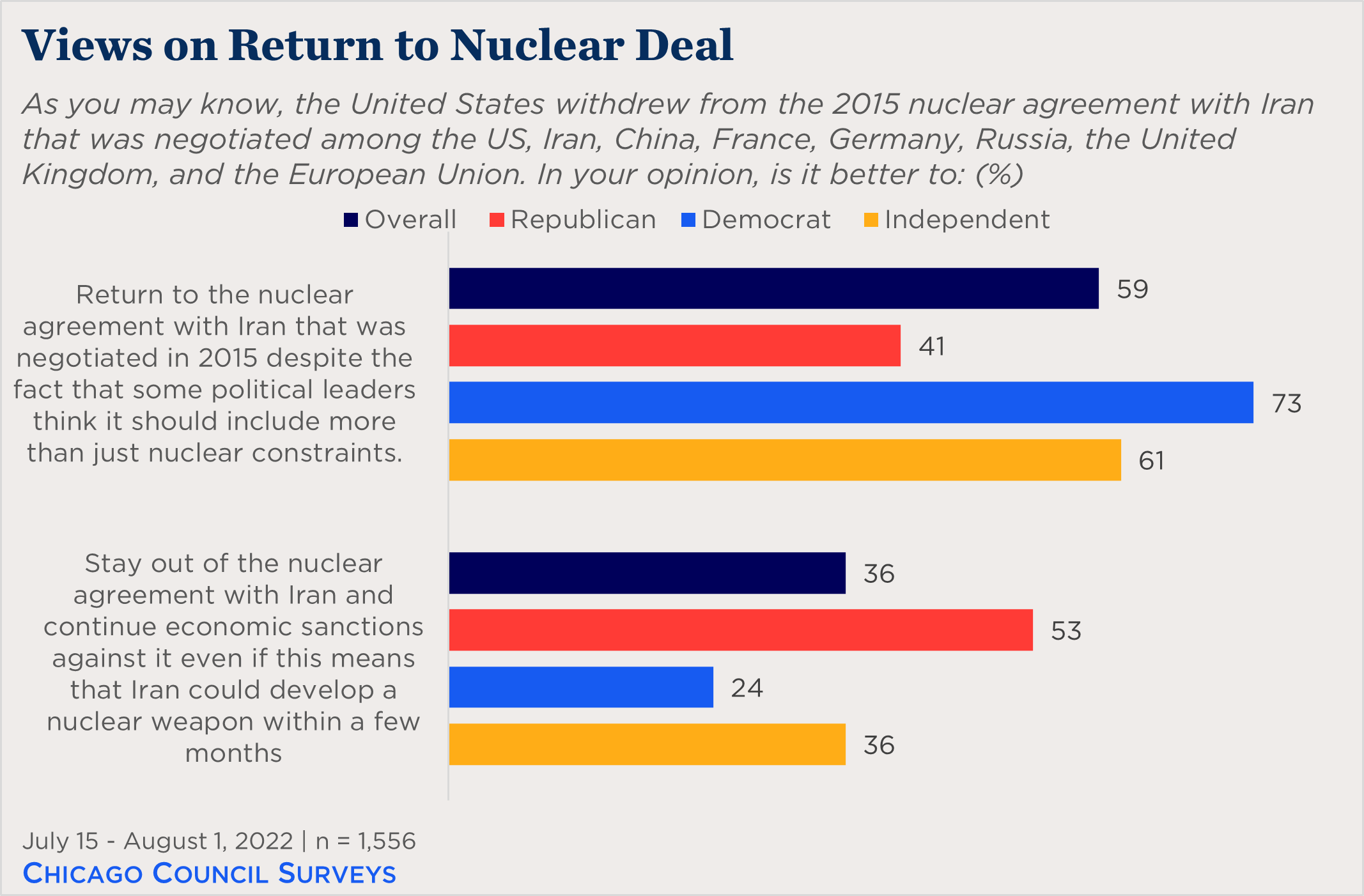 The following are key results from the new poll, which was conducted from July 15 to August 1, 2022: 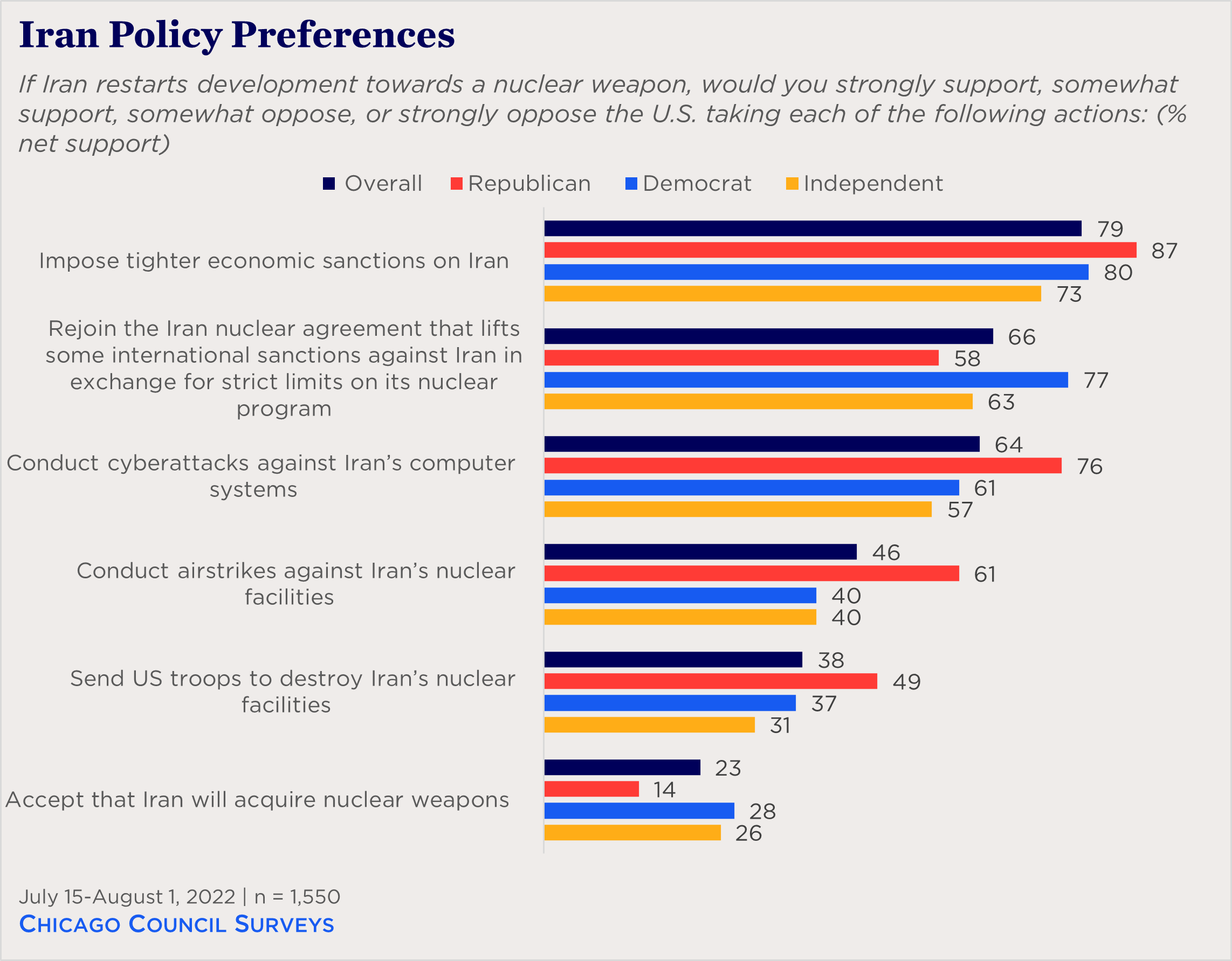 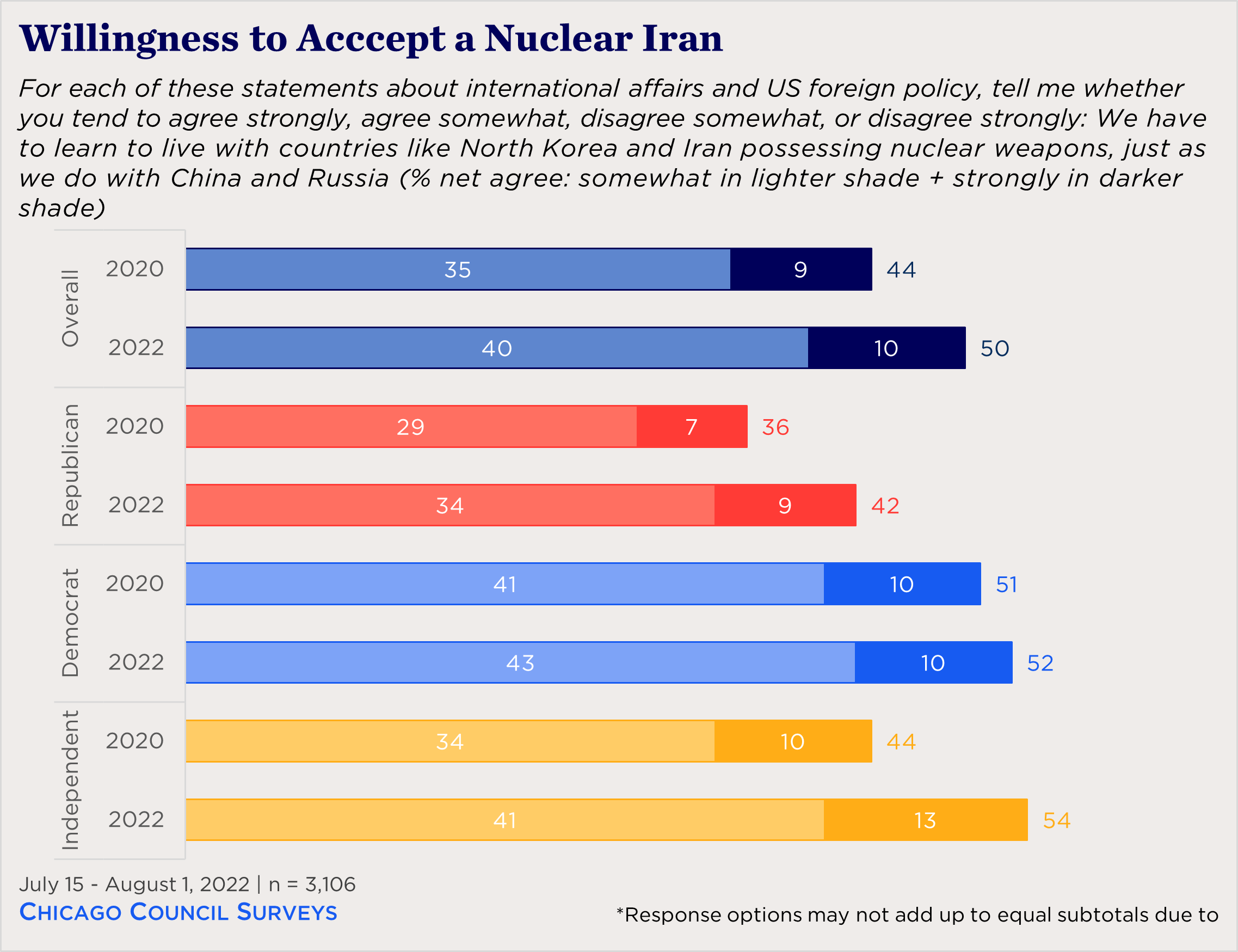 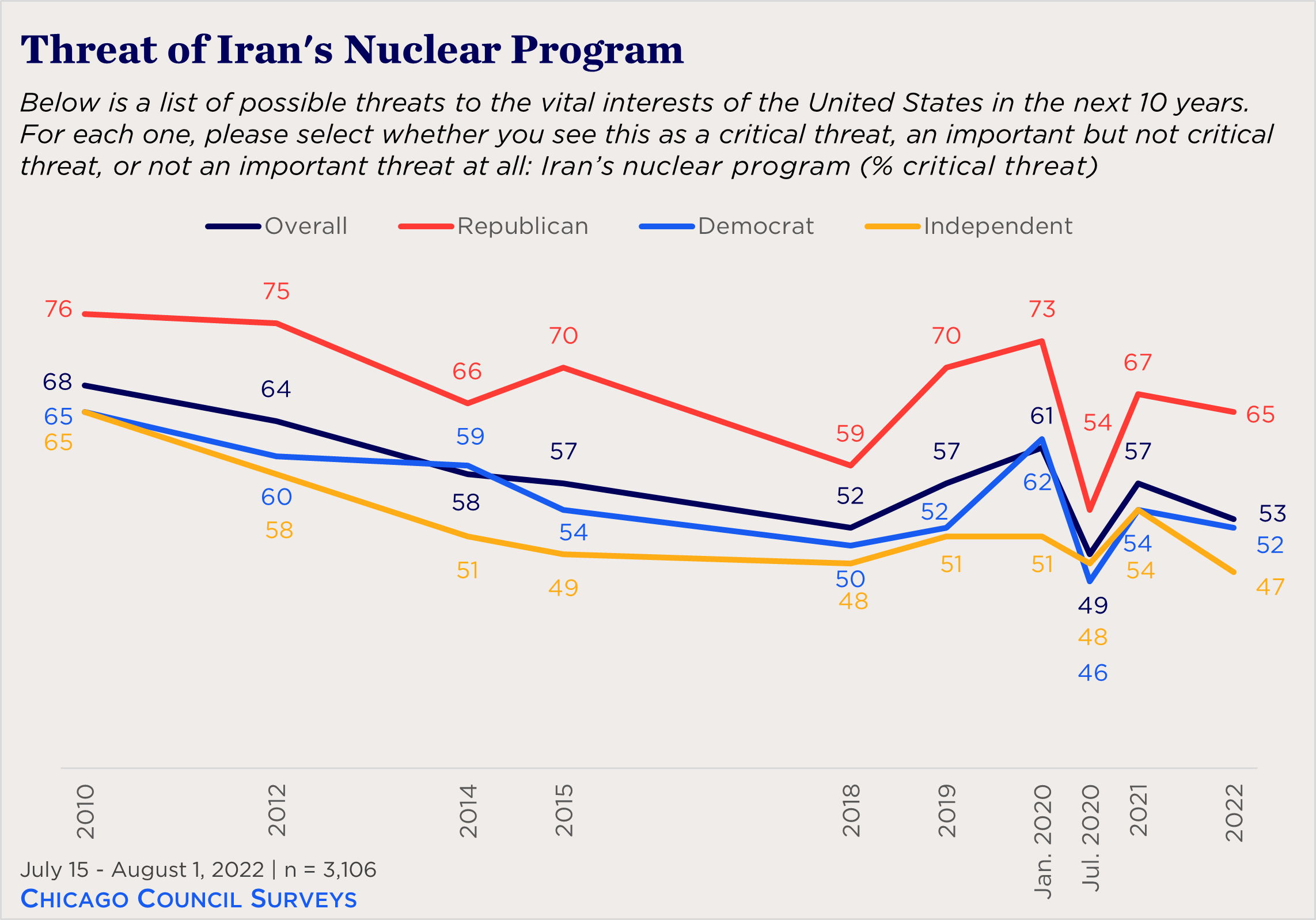 The Chicago Council on Global Affairs, in partnership with Ipsos’ KnowledgePanel, surveyed 3,106 American adults living in all 50 states and Washington, D.C. between July 15 and August 1, 2022. The sample’s margin of error was 1.8 percentage points.