Part 3: Iran on Its Space Program

The Iranian government has long considered the space program a source of national pride. Despite Western criticism, Tehran has claimed its program is completely peaceful and will not be used for military purposes. The Supreme Leader, Ayatollah Ali Khamenei, has repeatedly boasted that the space program will provide economic and advances and security advantages. But in April 2020, the Islamic Revolutionary Guard Corps (IRGC) launched Iran’s first exclusively military satellite. The following are statements from Iranian officials on its space program. 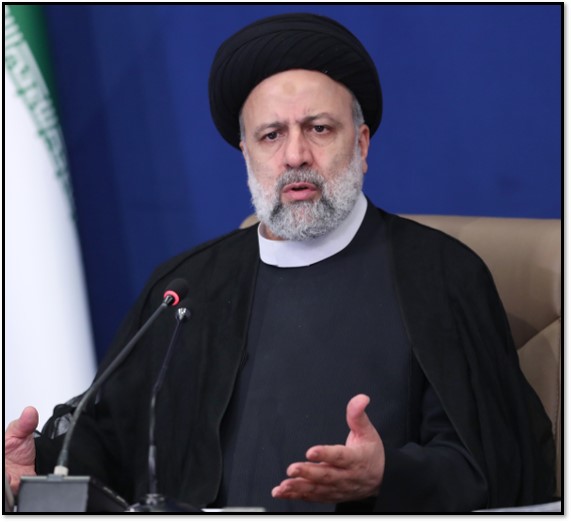 In his first meeting with the Supreme Council of Space on Nov. 26, 2011: “The space industry is one of the economic drivers and in the near future will be part of the governance infrastructure in various areas of trade, economics and security.”

“The fact that after nearly 11 years, the first meeting of the Supreme Council of Space is being held during this government's term of office shows its determination to develop the space industry.”

“Today, knowledge-based companies, industry, trade, agriculture and tourism can use space services for their development and growth in overcoming climate problems, including water shortages and dozens of other areas.”

“All sectors active in this industry should work together to overlap and converge and use each other's experiences and avoid parallel work, and realize the Supreme Leader's wish for reaching the 36,000-km (22,000-mile) orbit.”

“Using the experience of scientists and efficient human resources in this area, we can resolve issues in other sectors such as the automobile industry, communications, telecommunications and home appliances and people's daily lives.”

In a speech at the National Day of Nuclear Technology in Iran, April 9 2022: “Our knowledge and technology in the nuclear field is not reversible. Iran's (continuation of) research in peaceful nuclear fields will not depend on others' demands or viewpoints.” 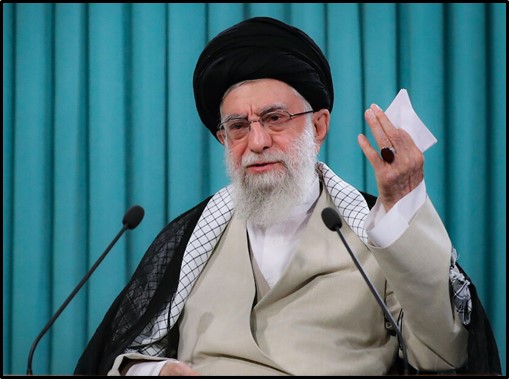 In remarks on May 6, 2020: “When we can build a satellite carrier with this quality, then we must be able to achieve many other accomplishments. When there is hope, when there is a feeling of progress and capability, this is what happens.”

“The wisdom and thought that can build such a satellite and set the goal of launching another satellite with an orbit of 36,000 kilometers definitely have the spirit, innovation and creativity to build automobiles with a 5 liters/100 kilometers (1.3 gallons/62 miles) fuel consumption rate...”

In a speech on Aug. 3, 2017: “And they [Iran’s enemies] use every excuse that they find. You send orbital satellite carrier rockets [Simorgh] into space, but all of a sudden, you see that they have created uproar about it in the world. This is scientific and technical activity. It is a task which is necessary for every country, and which is completely normal and ordinary. However, when you do it, you see that they create uproar about it. These are signs that you should be more vigilant.” 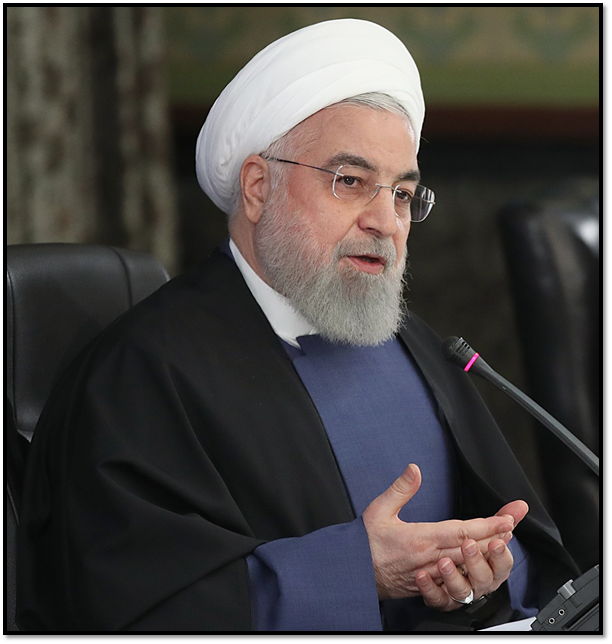 In a phone call with Defense Minister General Amir Hatami on April 25, 2020: “The successful launch of the home-made Noor 1 (Light 1) satellite was a proof that Iran has pursued a sound policy to develop its space sector.”

“This success is a sign that strengthening the space sector in the country, and the armed forces have taken a correct and effective step.”

During a speech at a space technology exhibition on Feb. 1, 2017: “It is wrong for us to either be exclusively reliant on buying [technology] from abroad or totally turn our backs on international experience.”

In an address on Jan. 14, 2019: “We are not scared by the enemies’ plots and will overcome the existing problems [with satellite launches].”

In remarks on Jan. 16, 2019: “We were able to enter space, and this is very good for agriculture, environment and acquiring the required information for protection of forests and pastures.”

In an interview on Feb. 4, 2013: “I am ready to be the first human to be sent to space by Iranian scientists.”

“Sending living things into space is the result of Iranian efforts and the dedication of thousands of Iranian scientists.” 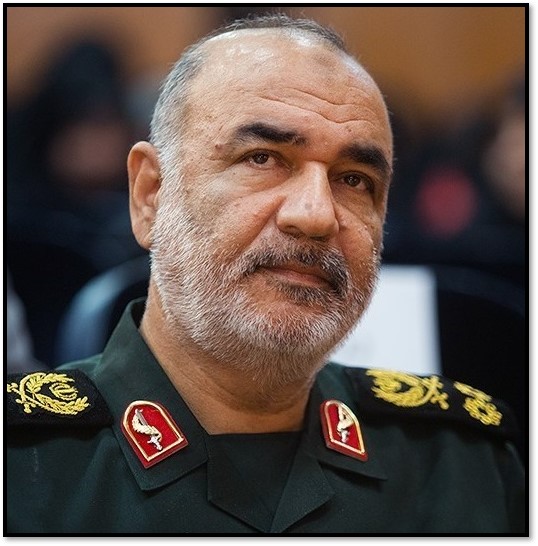 In comments on the Noor-1 satellite on April 22, 2020: “The successful launch of this satellite improved the new dimensions of the defense power of the Islamic Republic of Iran.”

“Today, the world's powerful armies do not have a comprehensive defense plan without access to space technology, and being successful in accessing this technology is a strategic achievement.”

“Today, we can observe the world from space, and this is a great achievement for the IRGC to expand the strategic intelligence of its defense force.” 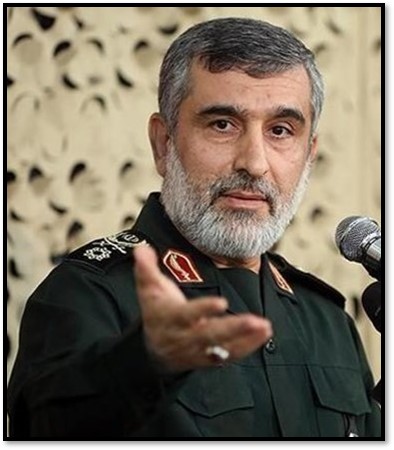 In remarks on March 8, 2022: “We are destined to reach space and praise be to God we did. Now the way has been paved and we must certainly do bigger things.”

In remarks on Jan. 13, 2022: “From now on, Iran will be able to launch a great number of satellites using low-cost engines.”

“All Iranian satellite carriers tested over the past two years operated on liquid fuel. But in this test, we succeeded to use a solid fuel engine with a 66-tonne thrust.”

In a speech on the Qased rocket and the Nour-1 satellite on April 22, 2020: “We had to build the body of the rocket made of composite materials to make the rocket lighter in order to make it more efficient. The movable nozzle, which had been unveiled months earlier, was a prerequisite for this mega project.”

“We are moving in the direction of solid fuel since it makes the satellite carrier smaller in size and lighter in weight.”

I can't even locate the US in this picture, let alone sanctions on Space!
The universe & #BrightFuture✨ belong to everyone, not to a few!

In an announcement on June 11, 2018: “There are a number of satellite projects underway at Iranian academic and research centers, some of them will be finished in coming months. We aim to meet our national demands in the field of space through domestically-made satellites.”

In comments on the U.S. condemnation of Iran’s rocket launch on Dec. 31, 2021: “No [U.N.] resolution prevents the Islamic Republic of Iran from continuing its space program and the related experiments, including in the field of satellites-carriers, thus, citing UNSC Resolution 2231 is purely fallacious and fundamentally untrue.”

“As previously stated, the Islamic Republic of Iran has the right to use peaceful technologies in the path of its scientific-research development according to international standards, and in so doing, it will not await the opinions of some countries that seek to impose their dictates.”

In a statement on June 26, 2022: "This [Zoljanah] satellite is competitive with the world's top satellites in terms of technical features, which has two stages of solid propulsion and one stage with liquid propulsion."

In remarks on Sep. 4, 2019 on new U.S. sanctions on Iran’s space program: “Americans are addicted to sanctions. These sanctions are totally ineffective.”