In a joint statement on May 9, the G7 called on Iran to “refrain from further escalation of its nuclear activities” and to cease all development of ballistic missiles capable of delivering a bomb. The statement was issued amid growing international concern about Tehran’s breaches of the 2015 accord, including enriching uranium closer to the purity required to fuel a bomb. The so-called breakout time has lowered from more than a year when the deal was implemented in January 2016 to just a few weeks as of May 2022. 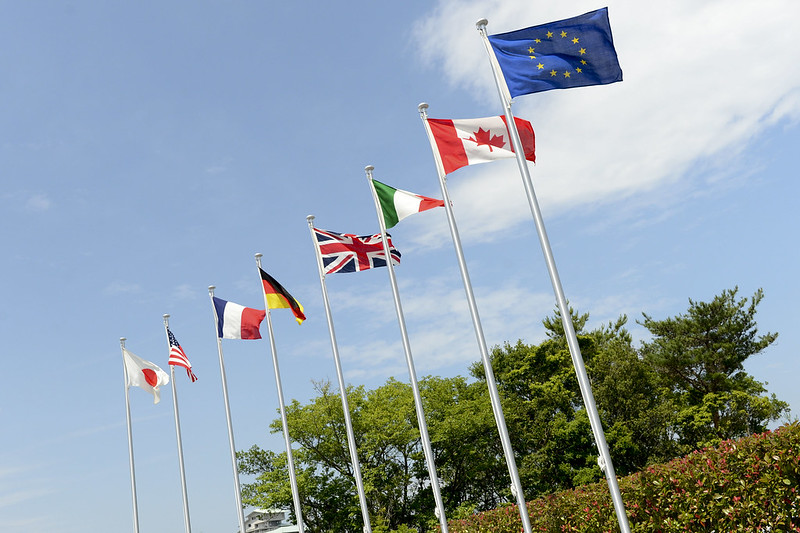 The world’s seven most powerful economies – including Britain, Canada, France, Germany, Italy, Japan, and the United States – call for the “restoration and full implementation” of the 2015 Iran nuclear deal. “We urge Iran to seize the offer currently on the table to bring negotiations to a successful conclusion and to” representatives said in a joint communique. President Donald Trump abandoned the deal in May 2018, and Iran began a series of breaches 14 months later. In April, 2021, the Biden Administration joined diplomacy by the world’s six major powers — led by the European Union — to revive the deal with new commitments from the United States and Iran. But diplomacy stalled after the last meeting in Vienna in March. A major obstacle has been whether the U.S. would remove the Islamic Revolutionary Guard Corps from its list of foreign terrorist organizations. The following is an excerpt from the communique issued during a virtual summit.

21. We renew our support for a restoration and full implementation of the Joint Comprehensive Plan of Action. A diplomatic solution remains the best way to restrict Iran’s nuclear programme. We commend the participants of the Vienna talks as well as the EU coordinator for their tireless efforts. We urge Iran to seize the offer currently on the table to bring negotiations to a successful conclusion and to refrain from further escalation of its nuclear activities.

22. We urge Iran to uphold and fully implement all obligations under its NPT-required safeguards agreement with the IAEA. We further urge Iran to provide all required information to enable the IAEA to clarify and resolve outstanding safeguards issues without further delay. The G7 expresses strong support for the crucial verification and monitoring mandate of the IAEA, underscores the technical nature of the IAEA's independent work, and commends the Director General's continued professional and impartial efforts. Full and timely cooperation by Iran is essential for the IAEA to assure the international community that all nuclear material in Iran remains in peaceful uses and eventually reach the Broader Conclusion.

23. We recall our serious concerns about Iran’s unabated activities related to ballistic missiles “designed to be capable of delivering nuclear weapons, including launches using such ballistic missile technology,” which Iran pursues in defiance of UNSCR 2231 (2015). Iran’s space programme is enabling it to test technology that is essential to the development of ballistic missiles, including future long-range delivery systems, as demonstrated again with Iran’s announcement on March 8 of a launch of a military satellite. We urge Iran to cease all these activities and fully abide by UNSCR 2231 (2015). We also remain extremely concerned about Iran’s destabilising activities in and around the Middle East, including transfers of missiles and missile technology, drones and conventional arms to state and non-state actors. Such proliferation is destabilising for the region and escalates already high tensions, as does the use of such weapons in the region, like the attack by the Islamic Revolutionary Guard Corps on Erbil on 13 March 2022. We urge Iran to stop all activities inconsistent with relevant UNSCRs and call on all parties to play a constructive role in fostering regional stability and peace.