IRGC and U.S. Both Display Arms in Qatar

Iran’s Revolutionary Guards and a U.S. weapons company ended up displaying their wares at a defense show in Qatar – in booths next to each other. The Revolutionary Guards displayed models of missiles, ships, jets, and guns. “Today, the Islamic Republic has been able to use the scientific ability of its elite scientists in the field of defense equipment to achieve full independence and self-sufficiency,” Rear Admiral Alireza Tangsiri, the commander of the Revolutionary Guards Navy, said. He headed Iran’s delegation to the show, which was held March 21-23.

"We are deeply disappointed and troubled by the presence of Iranian military officials and reportedly Iran’s Islamic Revolutionary Guard Corps officers at the Doha Defense Show in Qatar. We utterly reject their presence at the show and its maritime defense exhibit, as it is Iran that is biggest threat to maritime stability in the Gulf region. Transactions related to Iranian weapons are generally sanctionable under multiple U.S. authorities, including sanctions related to terrorism and weapons of mass destruction."

U.S. firm General Atomics displayed a maritime version of its MQ-9B drone at its booth, next to Iran’s exhibit. Qatar is reportedly interested in purchasing the aircraft, which has advanced intelligence, surveillance and reconnaissance capabilities. With a payload capacity of 4,800 pounds, it can also carry weapons to attack a variety of targets, including submarines. The MQ-9B has a wingspan of 79 feet and can remain airborne for up to 40 hours. 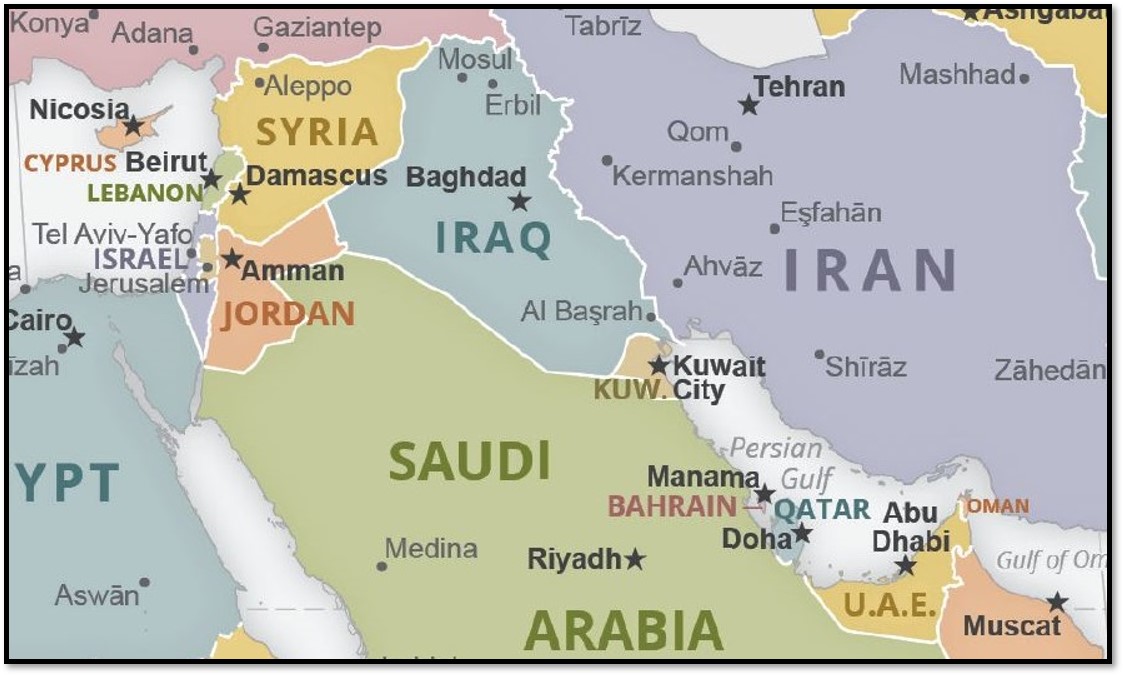 Qatar has ties to both the United States and Iran. It hosts Al Udeid Air Base, the largest U.S. military base in the region. The 60-acre facility, opened in 1996, hosts some 11,000 American and coalition service members. Qatar has also purchased billions of dollars’ worth of American military equipment including the Patriot missile defense system and Apache attack helicopters.

But Qatar also has maintained close ties with Iran, although their relationship is more complicated. Doha supported Saddam Hussein’s Iraq during the 1980-1988 war with Iran. Yet Qatar and Iran have long cooperated on economic development, mainly because they share the South Pars (or North Dome) natural gas field, the largest in the world. The two countries expanded economic ties after a Saudi-led coalition broke ties with Qatar and imposed a blockade in 2017.