Danny Citrinowicz, who headed the Iran branch of Israel Defense Intelligence’s Research and Analysis Division, is now an independent analyst.

Why did Iran start its nuclear program? Did its goals shift over time?

Iran’s nuclear program predates the 1979 revolution. The investment in nuclear technology under both the monarchy and the theocracy indicates that Iran will seek to develop its capabilities regardless of who is in power.

The shah was interested in building nuclear power plants even though Iran was a major oil producer. In 1960, the monarchy purchased its first research reactor from the United States as part of the Atoms for Peace Program.

But the shah also reportedly wanted to master the full nuclear fuel cycle so that Iran would have the option of developing nuclear weapons in the future. He thought that the regional balance of power could change and saw nuclear technology as a worthwhile investment should Iran feel threatened.

After the 1979 revolution, Supreme Leader Ayatollah Ruhollah Khomeini initially opposed nuclear power. But Iraq’s invasion of Iran in 1980 probably changed his calculus. In 1984, Khomeini reportedly decided to launch a secret nuclear weapons program to secure the future of the regime.

Ayatollah Ali Khamenei, who became Supreme Leader in 1989, shared his predecessor’s view on the necessity for a nuclear deterrent. In the 1990s, Iran procured centrifuge technology from Pakistan and uranium gas from China. Uranium gas, once enriched using centrifuges, can be used to produce energy or to fuel a bomb.

It hid its activities from the U.N. nuclear watchdog, the International Atomic Energy Agency (IAEA). In 2001, Iran secretly started building an underground enrichment site near the city of Natanz.

In the early 2000s, Iranian physicists and engineers made significant progress on an indigenous design for a bomb. But Iran suddenly halted the program in 2003. Why?

In fall 2003, Iran halted its nuclear weapons program – known as the Amad Plan. U.S. intelligence publicized this assessment in 2007. And Iran’s own nuclear archive – which Israel’s Mossad smuggled out of Iran in 2018 – confirmed that it neglected the military side of its program in favor of the civilian side.

Iranian leaders realized that attaining a nuclear weapon would cost them not only significant resources but could also jeopardize the future of the Islamic Republic. After the U.S. invasions of Afghanistan in 2001 and Iraq in 2003, they thought that Iran might be next. At best, the Islamic Republic risked international sanctions and being made into a pariah state like North Korea.

Furthermore, Iranian leaders understood that the nuclear program had been penetrated by the nation’s enemies. In 2002, the National Council of Resistance of Iran, an exiled opposition group, revealed the secret construction of two nuclear facilities at Natanz and Arak in a press conference in Washington in 2002. So Iran was likely to be caught by opposition actors or Western or Israeli intelligence before completing a bomb.

What role does the nuclear program play in Iran’s national security strategy?

First, Iran views nuclear power as one way to ensure its long-term energy independence. Supreme Leader Khamenei, like the shah, has underscored the need for nuclear energy to generate electricity. “We too will need peaceful nuclear energy sooner or later,” he said on February 17, 2022. “Today, if we do not think about it, if we do not follow the matter, it will be late tomorrow and our hands will be empty.”

Producing the technology indigenously is also a source of national pride. “Dear Iran has joined the club of nuclear countries,” then President Mahmoud Ahmadinejad announced in 2006, after Iran enriched uranium for the first time. “The nation, under the umbrella of God's grace and through its own efforts, has reached this big achievement. Today is a big day which will be recorded in Iran's history.”

Second, Iran sees its nuclear program as a deterrent to its regional rivals. If other countries fear that Iran can produce a nuclear weapon if it feels threatened, Iran may be safer in the long run. 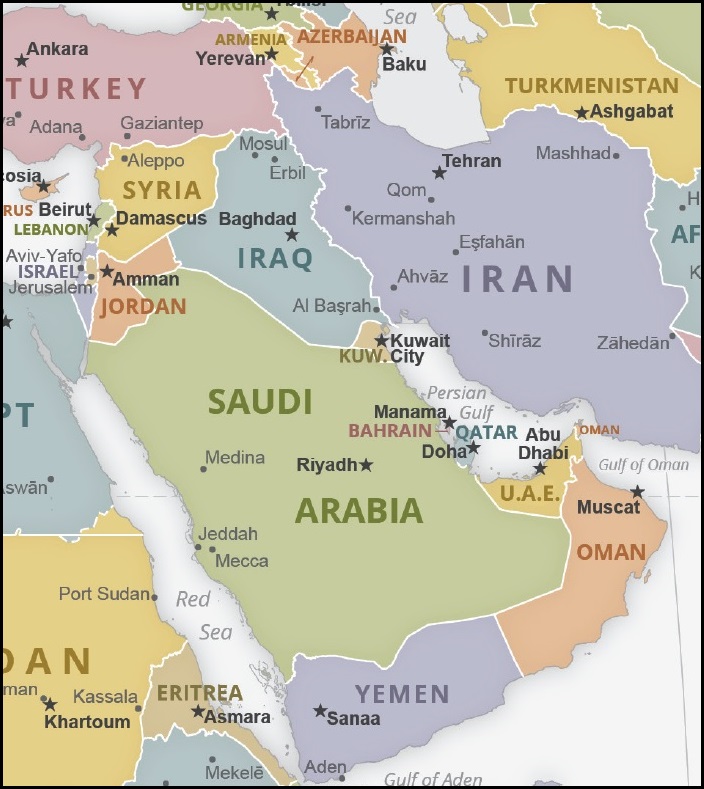 Iran can increase this deterrence without taking steps that are exclusively for military purposes. Several of its advancements are considered “dual-use” in that the technology has potential civilian and military applications. So Iran has claimed that its program is entirely for peaceful purposes.

Iran has looked to Japan as a model. Japan has a highly advanced nuclear program. It is the only country with a full nuclear fuel cycle and the technology relevant to weapons of mass destruction that has not built a nuclear weapon. Japan could theoretically build a bomb within six to 12 months.

Iran’s record, however, starkly contrasts with Japan’s behavior. Unlike Japan, Iran has hidden its activities from the IAEA and failed to cooperate with inspectors on several issues. And Iran is the only country to have developed ballistic missiles with a range of 2,000 km (1,200 miles) without first producing a nuclear bomb.

Iran’s nuclear program has advanced significantly. As of early 2022, what are its capabilities, notably to enrich uranium, the fuel for a bomb?

To enrich uranium, Iran has thousands of centrifuges, cylindrical machines that spin uranium gas at high speeds. Uranium enriched to a low level can be used in nuclear reactors for energy production. Uranium enriched to 90 percent or above is generally considered suitable for nuclear weapons.

Iran has developed increasingly powerful centrifuges since it produced its first model, the IR-1, in the late 1990s. The first generation, and, to a lesser extent, the second generation (including the IR-2m and IR-4), were based on designs and components provided by the Pakistani scientist A.Q. Khan.

Subsequent models, however, have been entirely designed and produced in Iran. Scientists and engineers have gained deep knowledge about manufacturing and operating the machines in groups, known as cascades. This knowledge cannot be reversed by an agreement or a military strike.

As of March 2022, Iran had 8,338 centrifuges enriching uranium to various levels of purity – up to 60 percent. Most of Iran’s centrifuges are first generation IR-1s. But the latest centrifuge, the IR-9, first tested in 2021, is at least 40 times more powerful than the IR-1. Iran’s advancements in centrifuge technology, however, do not necessarily indicate that it seeks to produce a nuclear weapon.

Iran has not made the political decision to produce a nuclear weapon, according to Israeli and U.S. intelligence. How long would it take to produce enough fuel for one bomb if it changed its calculus?

To make one bomb, Iran would need 25 kilograms of uranium enriched to 90 percent or above. When Iran was fully implementing the 2015 nuclear deal, its breakout time – the time needed to enrich enough uranium to make one nuclear bomb – was about 12 months. As of March 2022, Iran’s breakout time was as little as two to three weeks.

But enriching uranium is only the first step in the weaponization process. Iran does not pose a tangible nuclear threat to any country in the region.

What additional steps would Iran need to take if it decided to produce a nuclear weapon? How long might they take?

If Iran decided to build a bomb, it would take at least two years to produce one, according to Israeli military intelligence. As of late 2021, Israel had not observed any progress on weaponization.

“The period of time that still remains of two years has not changed,” Major General Tamir Hayman, then head of Israeli military intelligence, said in an interview. “Because even from the moment you have a breakout, there is still a long way to go before a bomb.”

“They are not heading toward a bomb right now,” Major General Hayman added. “It may be in the distant future.”

After enriching the requisite uranium, Iran would then need to convert the gas into a metal. Uranium metal forms the core of a nuclear bomb. But Iran has limited experience with this process. Iran only began producing small quantities of enriched uranium metal, a breach of the nuclear deal, in July 2021.

Iran would then need to fit the core with an explosive package to make a bomb. If Iran wanted to be able to deliver it via a missile, the bomb would need to be small enough to mount on the tip of a missile.

The warhead would also need to be durable enough to survive the high temperatures of reentering the atmosphere. Each of these steps would require dedicated research and testing. The entire process for producing a bomb and marrying it to a missile could take three or more years. In that regard, Iran is not a threshold state.