In 2021, Iranian authorities arrested, detained, harassed, and surveilled members of minority faith groups – including Baha’i, Christians, Jews, Zoroastrians, Sunni and Sufi Muslims. “The government convicted and executed dissidents, political reformers, and peaceful protesters on charges of ‘enmity against God’ and anti-Islamic propaganda and, in the case of members of some religious minorities, detained them and held them incommunicado,” according to the State Department’s annual report on religious freedom released on June 2. It provided an overview of Iran’s repression in 2021. 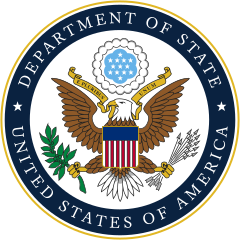 Secretary of State Blinken highlighted the persecution of the Baha’i, a minority of some 300,000, in remarks launching report. Authorities confiscated their property, denied them use of burial plots in Tehran, and blocked access to education and government jobs unless they denied their faith. They also faced societal discrimination.

Iran’s population is predominantly Shiite Muslim, and Shiism is the official religion of the state. Islam, Christianity, Judaism, and Zoroastrianism are the only recognized religions, while the Baha'i are considered heretics and are widely persecuted. The government—notably the judiciary and security forces—has persecuted members of recognized faiths as well as unrecognized faiths.

Blinken mentioned the Baha’i while surveying religious persecution more globally. “From Jehovah’s Witnesses in Russia; Jews in Europe; Baha’is in Iran; Christians in North Korea, Nigeria, and Saudi Arabia; Muslims in Burma and China; Catholics in Nicaragua; and atheists and humanists around the world, no community has been immune from these abuses,” he said. The following is the executive summary of the report, which was released on June 2, 2022.

The constitution defines the country as an Islamic republic and specifies Twelver Ja’afari Shia Islam as the official state religion.  It states all laws and regulations must be based on “Islamic criteria” and an official interpretation of sharia.  The constitution states citizens shall enjoy human, political, economic, and other rights, “in conformity with Islamic criteria.”  The penal code provides for hudud punishments (those mandated by sharia), including amputation, flogging, and stoning, and specifies the death sentence for proselytizing and attempts by non-Muslims to convert Muslims, as well as for moharebeh (“enmity against God”) and sabb al-nabi (“insulting the Prophet or Islam”).  According to the penal code, the application of the death penalty varies depending on the religion of both the perpetrator and the victim.

In January, parliament amended the penal code to criminalize insulting “divine religions or Islamic schools of thought” and committing “any deviant educational or proselytizing activity that contradicts or interferes with the sacred law of Islam.”  Nongovernmental organizations (NGOs) said these new provisions put religious minorities at a higher risk of persecution.  The law prohibits Muslim citizens from changing or renouncing their religious beliefs.  The constitution also stipulates that five non-Ja’afari Islamic schools shall be “accorded full respect” and official status in matters of religious education and certain personal affairs.  The constitution states Zoroastrians, Jews, and Christians, excluding converts from Islam, are the only recognized religious minorities permitted to worship and form religious societies “within the limits of the law.”

According to numerous international human rights NGOs and media reporting, the government convicted and executed dissidents, political reformers, and peaceful protesters on charges of “enmity against God” and anti-Islamic propaganda and, in the case of members of some religious minorities, detained them and held them incommunicado.  Amnesty International reported an “alarming rise” in the execution of ethnic minority prisoners since mid-December 2020.  Authorities denied prisoners access to attorneys and convicted them based on “confessions” extracted under torture.  In January, authorities executed Baluchi Javid Dehghan (also known as Dehghan-Khold) in Zahedan Central Prison on charges of “enmity against God,” “armed rebellion against the Islamic Republic,” and alleged membership in banned Sunni separatist groups.  The NGO Iran Human Rights (IHR) reported that as of October, government executions continued at an “alarmingly high” rate, with at least 226 people put to death, 125 of them under “retributive” (eye-for-an-eye) justice.

According to the database of the NGO United for Iran, Iran Prison Atlas, least 67 members of minority religious groups remained imprisoned at year’s end for being “religious minority practitioners.”  Of the prisoners listed in the database, the government sentenced at least 62 to long-term imprisonment or executed them on charges of “enmity against God” or “armed rebellion against Islamic rule” (baghi), which officials sometimes used in recent years instead of “enmity against God.”

Human rights NGOs reported poor prison conditions and mistreatment of religious minority prisoners, including beatings, sexual abuse, degradation specifically targeting their religious beliefs, and denial of medical treatment.  The Abdorrahman Boroumand Center for Human Rights in Iran, a U.S.-based human rights NGO, said that from January 1 to September 24, the government sentenced at least 77 individuals to flogging, based on its interpretation of sharia, and carried out these sentences in at least eight cases.  NGOs reported that in January, authorities transferred women’s rights activist Golrokh Ebrahimi Iraee, originally charged in 2014 with “insulting Islamic sanctities” and “spreading propaganda” for criticizing the government’s policy of stoning women to death for adultery, to Amol Prison in Mazandara Province, far away from her family.

According to IranWire and the London-based NGO Article 18, which focuses on religious freedom in Iran, in September, security forces in Shiraz and Mazandaran Province conducted multiple arrests of Baha’is in their homes or workplaces in the last week of September without providing reasons or charges.  In a July report, UN Special Rapporteur on the Situation of Human Rights in Iran (UNSR) Javaid Rehman stated there continued to be reports of forced evictions of members of the Sunni Baluch minority in Sistan and Baluchistan Province, despite the ongoing COVID-19 pandemic.  An August report by the UN Secretary General highlighted that the Supreme Court upheld the death sentences for 10 Kurdish political prisoners on charges involving “acting against national security,” “spreading corruption on earth,” and “membership in Salafi groups.”  According to an October report by the Unrepresented Nations and Peoples Organization (UNPO), at least 10 Baluchi individuals were summoned to court following a rally in the village of Ramin to prevent the destruction of the Eidgah (land reserved for Eid prayers for Sunni followers).

Officials continued to disproportionately arrest, detain, harass, and surveil non-Armenian Christians, particularly evangelicals and other converts from Islam, according to Christian NGOs.  On March 9, the Tehran Appeals Court reduced Saba Kord-Afshari’s prison sentence, which she received in 2019 on a set of charges relating to protesting the compulsory hijab, from 24 years to seven years and six months in prison.  UNSR Rehman’s July report and NGOs said authorities continued to confiscate Baha’i properties as part of an ongoing state-led campaign of economic persecution against Baha’is.  Authorities issued an order in April denying Baha’is permission to bury their dead in empty plots at the Tehran-area cemetery designated for Baha’is, forcing them to bury them at a mass grave site.

Sunni Muslims stated the government did not permit them to build prayer facilities sufficient to accommodate their numbers, and government restrictions forced many Christian converts and members of unrecognized religious minority groups, such as Baha’is and Yarsanis, to assemble in private homes to practice their faith in secret.  Authorities reportedly continued to deny the Baha’i, Sabean-Mandaean, and Yarsani religious communities, as well as members of other unrecognized religious minority groups, access to education and government employment unless they declared themselves as belonging to one of the country’s recognized religions on their application forms.

The Anti-Defamation League (ADL) reported textbooks at all grade levels and across many subjects contained antisemitic material.  Government officials continued to disseminate anti-Baha’i and antisemitic messages using traditional and social media.  On December 16, the UN General Assembly approved a resolution expressing concern about “ongoing severe limitations and increasing restrictions on the right to freedom of thought, conscience, religion or belief” and “harassment, intimidation, persecution, arbitrary arrests and detention, and incitement to hatred” against recognized and unrecognized religious minorities.

According to multiple sources, non-Shia Muslims and those affiliated with a religion other than Islam, especially members of the Baha’i community, continued to face societal discrimination and harassment, while employers experienced social pressures not to hire Baha’is or to dismiss them from their private-sector jobs.  Yarsanis reported experiencing widespread discrimination.  They stated Yarsani children were socially ostracized in school and in shared community facilities.  Yarsani men, recognizable by their distinct mustaches, continued to face employment discrimination.  According to reports, Shia preachers continued to encourage social discrimination against Yarsanis.  According to human rights NGOs, converts from Islam to Christianity faced ongoing societal pressure and rejection by family or community members.  Shia clerics and prayer leaders reportedly continued to denounce Sufism and the activities of Sufis in both sermons and public statements.  Sunni students reported professors continued to routinely insult Sunni religious figures in class.  Baha’is reported continued destruction and vandalism of their cemeteries.  According to the Human Rights Activists News Agency (HRANA), on September 8, a Baha’i cemetery in Dena County, Kohgiluyeh and Boyer-Ahmad Province was partly destroyed by unknown individuals using heavy machinery.

The United States does not have diplomatic relations with Iran.  During the year, the U.S. government used public statements, sanctions, and diplomatic initiatives in international forums to condemn and promote accountability for the government’s abuses against and restrictions on worship by members of religious minorities.  Senior U.S. government officials publicly reiterated calls for the release of prisoners held on religious grounds.  On March 9, the United States sanctioned Islamic Revolutionary Guard Corps (IRGC) interrogators Ali Hemmatian and Masoud Safdari for their involvement in gross violations of human rights in Evin Prison, including torturing activists advocating for religious freedom.  On December 7, the United States sanctioned the Special Units of Iran’s Law Enforcement Forces (LEF) and Iran’s Counter-Terror Special Forces (NOPO) for violently suppressing protests in November 2019.  It sanctioned two LEF commanders, Hassan Karami and Seyed Mousavi Azami, as well a Basij commander, Gholamreza Soleimani, and the Governor of Qods City, Leila Vaseghi, for their roles in carrying out crackdowns against peaceful protesters.  Two prisons, Zahedan Central Prison and Isfahan Central Prison, as well as the warden of Qarchak Women’s Prison, Soghra Khodadadi, and IRGC commander and brigadier general Mohammad Karami were also sanctioned for their roles in the “flagrant denial” of the rights of prisoners and other citizens, including religious minorities.  The Treasury Department statement announcing the sanctions said, “Zahedan Prison holds several political prisoners who belong to the Baluch ethnic minority group.  According to public reports, on January 3, 2021, Baluch prisoner Hassan Dehvari was executed in Zahedan Prison.  Dehvari was sentenced to death for ‘armed rebellion against the Islamic Rule.’  His prison sentence was escalated to execution after he engaged in several acts of peaceful protests, such as signing statements condemning executions of Sunni prisoners and condemning the mistreatment of fellow prisoners.”

Since 1999, Iran has been designated as a “Country of Particular Concern” (CPC) under the International Religious Freedom Act of 1998 for having engaged in or tolerated particularly severe violations of religious freedom.  On November 15, 2021, the Secretary of State redesignated Iran as a CPC.  The following sanction accompanied the designation:  the existing ongoing travel restrictions based on in section 221(c) of the Iran Threat Reduction and Syria Human Rights Act of 2012 (TRA) for individuals identified under Section 221(a)(1)(C) of the TRA in connection with the commission of serious human rights abuses, pursuant to section 402(c)(5) of the Act.