Iran entered only three athletes – two men and one woman – in the 2022 Olympics in Beijing. They included:

But Seyd, who was due to carry the flag at the opening ceremony, tested positive for COVID-19 just days before the games. Daniel Saveh Shemsaki (b. 1997) filled in and finished 84th in the 15 kilometer classic race. None of the athletes received medals, and Hossein Saveh Shemsaki was banned from competition after testing positive for doping.

In 1906, Iran – then known as Persia – made its Olympic debut. One fencer, Prince Firidun Malkom participated, the only athlete to compete under the Qajar dynasty. Iran only established an Olympic committee in 1947, under the Pahlavi monarchy. It then participated in the 1948 summer games. But it did not compete in the winter games until 1956. Iran competed in 14 Olympics before the 1979 revolution.

In 1980, Iran was among 65 nations that boycotted the Moscow games to protest the Soviet invasion of Afghanistan. In 1984, Iran boycotted the Los Angeles games “to expose the criminal acts of the world-devouring U.S. government,” said Prime Minister Mir Hossein Mousavi. But it participated in all the Olympics since 1988.

The 2022 games are Iran’s 16th Olympics since the revolution. Iran has won 76 medals in the summer games, many in wrestling and weightlifting, but it has yet to win a medal at the winter games.

Iran’s foreign ministry and Olympic committee denounced the U.S.-led diplomatic boycott of the 2022 games. Reza Salehi Amiri, the president of Iran’s National Olympic Committee, and Hamid Sajjadi, the minister of Sport and Youth Affairs, were scheduled to join the three athletes in China. “Our presence has two messages: we consider sports as a platform for the development of relations between nations; no one can disrupt the will of nations for solidarity,” Amiri said. The following are profiles of Iran’s three skiers in the 2022 Olympics.

Born in 2000, Atefeh Ahmadi began competing in major international competitions in 2017. At the 2018 Asian Alpine Ski Championships, she won the silver medal in the super giant slalom. Ahmadi participated in the FIS World Ski Championships in 2017, 2019, and 2021. She came in 46th place in the giant slalom at the 2021 championships.

Ahmadi made her Olympic debut in 2022 in alpine skiing. “To be sent to the Olympics is the dream of every athlete, and I have tried for eight years and will reach it for the first time,” she told Xinhua News Agency on January 24. In Beijing, she finished below the top 50 in both runs of women’s slalom. 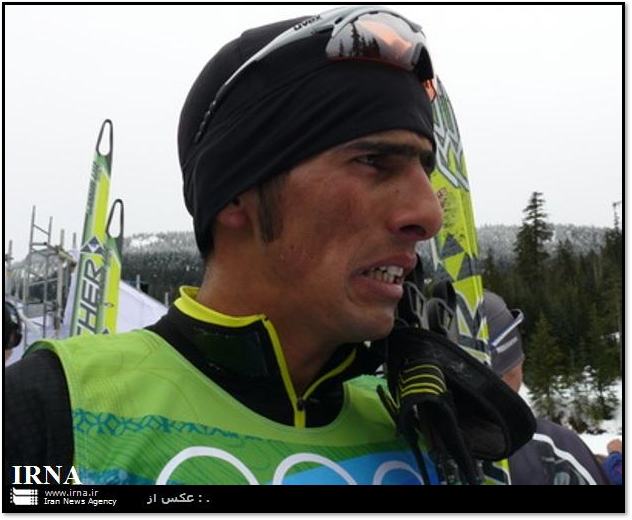 In the 2022 Beijing games, Seyd entered cross-country skiing. “Due to the climate conditions in our country, we have little snowfall, and I spent most of the season trying to keep myself ready by running, mountaineering and roller skiing,” he told the Young Journalists Club news agency on January 13. He pledged to do his best and utilize his previous Olympic experience.

In the 2022 Beijing games, Shemshaki entered in alpine skiing. “After the coronavirus, which disrupted things all over the world, all the countries should be present and all the athletes should come and stand together as before so that we can witness the togetherness and friendship of nations,” he told Xinhua News Agency in January.

Shemsaki, however, was not allowed to compete in men’s alpine skiing after testing positive for a banned substance. Shemashaki denied any knowledge about doping. “It’s always bad when something like this happens but I have to say it was not intentional. I am well aware that I’m responsible for what I use and I want the Iranian people forgive me for my negligence,” he said in a statement. “I knew that I had no chance to win a medal in the 2022 Winter Olympics, so there was no reason to use anabolic steroid.”

Garrett Nada, managing editor of The Iran Primer, and Brett Cohen, a research assistant at the Woodrow Wilson Center, assembled this report.