Domestic: A U.S.-produced F5 jet flown by the Iranian military crashed into a school in the northwestern city of Tabriz. The pilots and one civilian at one civilian at the site were killed. Army spokesperson Shahin Taqi Khani said that an investigation had begun, but preliminary information suggests that the accident was prompted by a technical failure. Iran’s air force includes many aging jets purchased under the monarchy before the 1979 revolution.

Regional: The U.S. Navy’s 5th Fleet announced a new joint fleet of U.S. and ally-state drones to patrol waterways in the Middle East - especially areas critical to the global oil trade, including the Strait of Hormuz and the Bab el Mandeb Strait. Vice Admiral Brad Cooper, who commands the fleet, said that he hoped to incorporate artificial intelligence into this monitoring regime by the summer of 2023.

Health: Iran returned 820,000 vaccine doses donated by Poland upon learning that the AstraZeneca doses were produced in the United States, according to state television. “After coordination with the Polish ambassador to Iran, it was decided that the vaccines would be returned,” Health Minister Mohammad Hashemi said. In 2020, Supreme Leader Ayatollah Ali Khamenei banned the import of U.S.-produced vaccines.

Venezuela: Israeli Defense Minister Benny Gantzclaimed that Iran had transferred technical knowledge about manufacturing advanced unmanned aerial vehicles (UAVs) to Venezuela. He displayed a photo of Venezuela’s president with an Iranian Mohajer drone. “In addition to developing Iranian UAVs in Venezuela, our assessments show that Iranian precision-guided missiles are being delivered for these UAVs and other similar models,” he told the Conference of Presidents of Major American Jewish Organizations. , “With this image in mind, I can tell you that in my meetings with partners from around the world, including African and Latin American partners, I heard extreme concern about Iranian support for terrorism.

I also revealed that Venezuela is developing advanced Iranian Mohajer UAVs and receiving transfers of Iranian PGMs. This highlights that Iran truly is a global and regional challenge and not just a threat to the State of Israel. pic.twitter.com/uIUc3x4Foe

Human rights: Parliament ratified a bill that could help authorities further centralize and control the Internet within Iran, in part by asserting power over foreign technology companies. The Guardian Council, an unelected panel of twelve Islamic jurists and scholars, is expected to approve or amend the text before Parliament breaks for Nowruz, the Persian New Year, in mid-March. 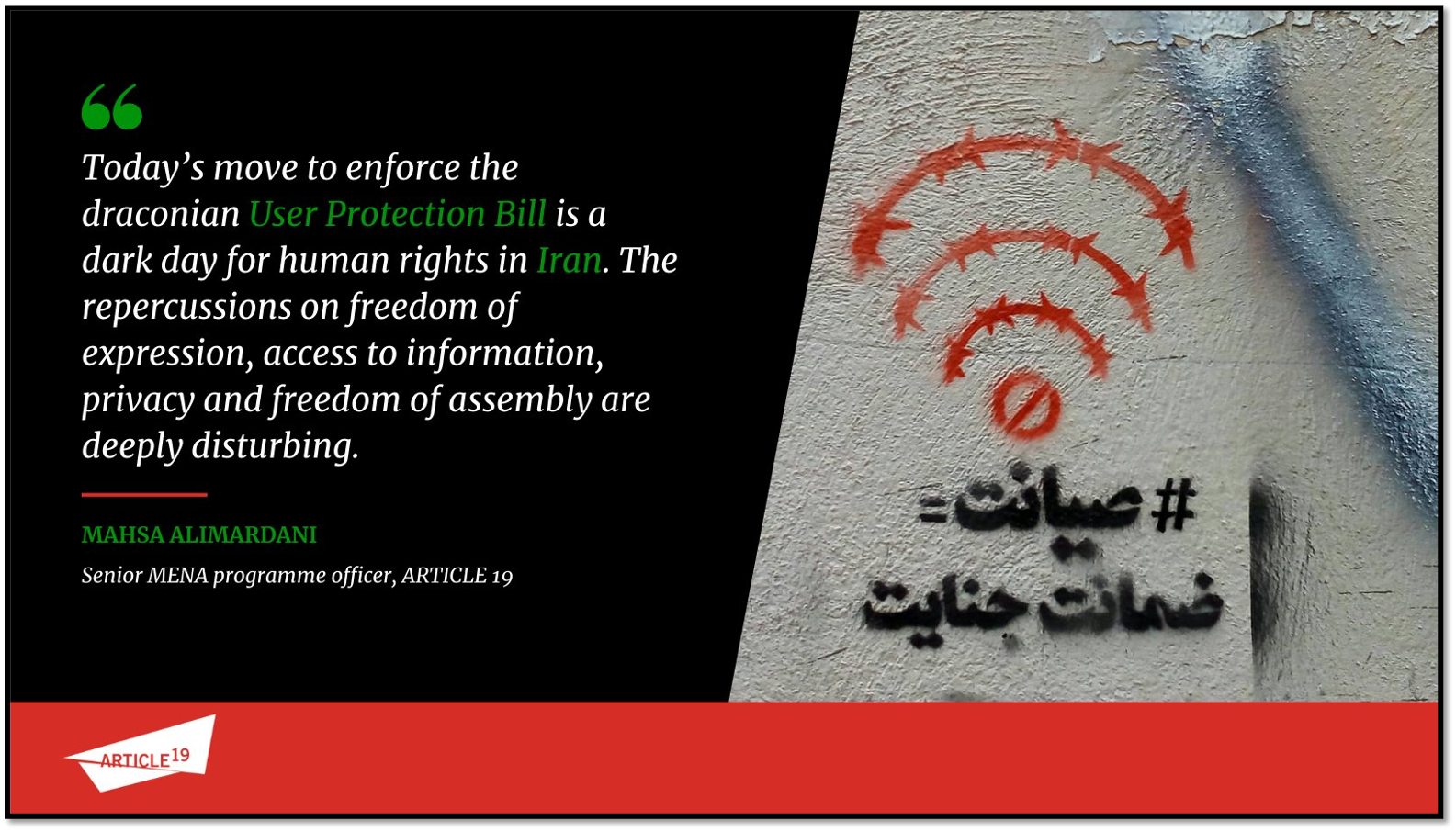 Human rights: The United States urged Iran to release Baquer Namazi on the sixth anniversary of his detention. Namazi, an 85-year-old dual U.S.-Iranian citizen, traveled to Iran in 2016 to press for the release of his son, Siamak. “We call on the Iranian government to allow Baquer Namazi to return home, and release his son Siamak, as well as their fellow U.S. citizens Emad Shargi and Morad Tahbaz, who is also a U.K. citizen,” State Department Spokesperson Ned Price said. “Iran’s wrongful detention of U.S. citizens for use as political leverage is outrageous.”

6 years ago the Iranian government arrested Baquer Namazi and they still refuse to let him leave the country. The Iranian government can and must release the Namazis, Emad Shargi, Morad Tahbaz, and other unjustly held U.S. and foreign nationals. pic.twitter.com/vEmfmfVDfP

Nuclear: In Vienna, French negotiator Philippe Errera tweeted a photo of what appeared to be a draft agreement on restoring the 2015 nuclear deal.

“Nothing is agreed until everything is agreed” - familiar sentence on every draft since negotiations started in April. Never has it been more true than today. #ViennaTalks #JCPOA #endgame pic.twitter.com/8omiBQCCR6

Regional: Omani Foreign Minister Badr bin Hamad Albusaidi arrived in Tehran for talks with Iranian leaders on expanding bilateral relations. “Our relations with Oman are good, but in the field of economic and trade issues there is room for further development,” President Ebrahim Raisi told the diplomat.