Coming out of a two-year pandemic, Iran celebrated its annual Qods Day – in support of Palestinians (“al Qods” is the Arabic name for Jerusalem) – with parades of towering ballistic missiles and portraits of former Qods Force Commander Qassem Soleimani. Soleimani was assassinated in a U.S. drone strike in January 2020. Iran was forced to cancel the annual demonstrations in 2020 and 2021 due to COVID-19. It held virtual events instead.

Iranian media claimed that millions of people participated in state-sponsored rallies in Tehran and other cities. The demonstrations are a “symbol of the solidarity of the Islamic nation that will lead to the destruction of the Zionist Regime,” President Ebrahim Raisi said on his first Qods Day since taking office in August 2021. Demonstrators carried posters and chanted slogans condemning not only Israel, but also its allies, including the United States.

Supreme Leader Ayatollah Ali Khamenei singled out Washington. “The most important supporter of that usurping regime, the United States of America, has suffered consecutive defeats,” he said in his annual speech. “It has been defeated in the war in Afghanistan, defeated in its maximum pressure policy against the Islamic Republic of Iran, defeated in the face of Asian powers, defeated in trying to control the economy of the world, and defeated in the internal management of its own country.”

Since 2007, the United States has sanctioned the Islamic Revolutionary Guard Corps (IRGC) under at least eight executive orders and six laws for terrorism, proliferation of weapons of mass destruction, and human rights abuses. In 2019, the Trump administration designated it as a Foreign Terrorist Organization (FTO). The IRGC is the only government military on the list of 73 FTOs. The IRGC’s status has been the last issue in talks involving Iran and the world’s six major powers on restoring the 2015 nuclear deal.

Before the 1979 revolution, Iran and Israel had amicable relations. But the new theocratic regime labeled the United States the “Great Satan” and Israel the “Little Satan.” Iran embraced the Palestinian cause. In 1979, Iran initiated Qods Day, which has been held on the last Friday of the holy month of Ramadan since then. Tehran intended the day to counter Israel’s “Jerusalem Day,” which commemorates how Israel gained control of the entire city during the 1967 Six Day War. Iran also turned over the Israeli embassy in Tehran to the Palestine Liberation Organization. In the late 1980s, the IRGC formed the elite Qods Force, named after Jerusalem, to carry out operations abroad. The following are photos from Qods Day 2022. 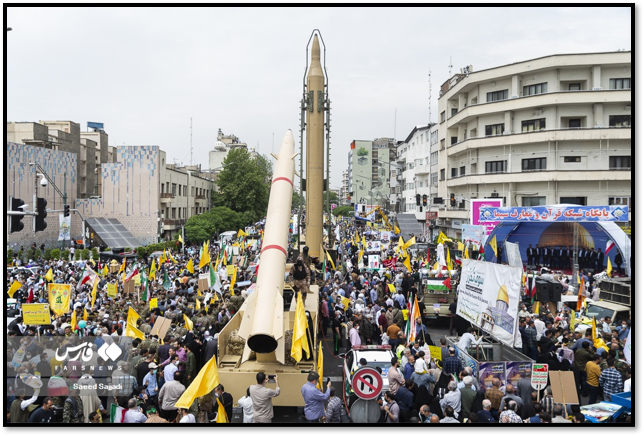 Ballistic missiles on display in Tehran. 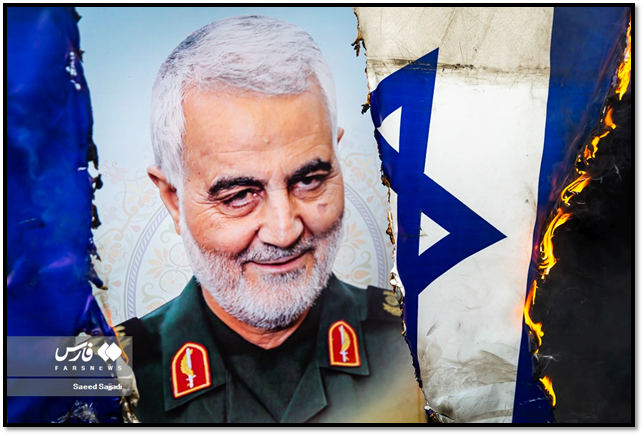 A portrait of Soleimani’s behind a burning Israeli flag. 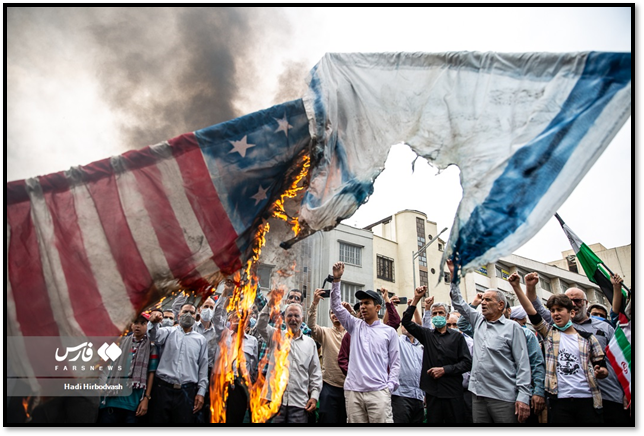 American and Israeli flags on fire. 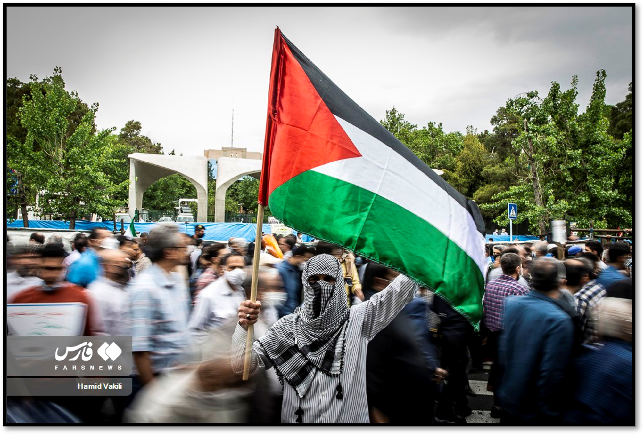 A demonstrator holding a Palestinian flag. 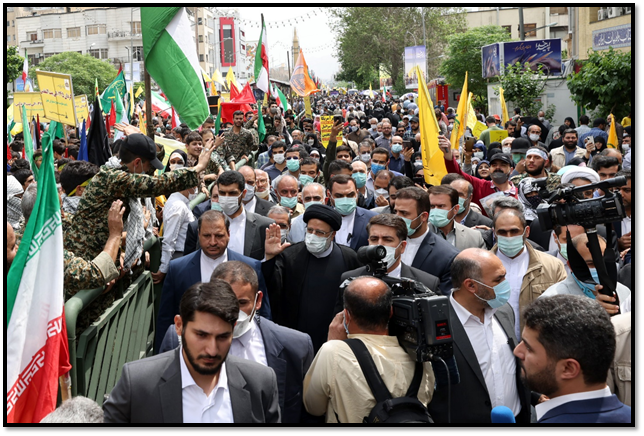 President Raisi at the march in Tehran. 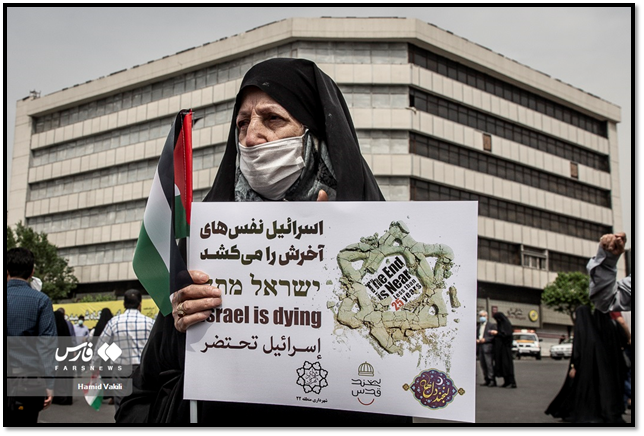 A woman with a sign that says “Israel is dying” in Persian, Hebrew, and Arabic. 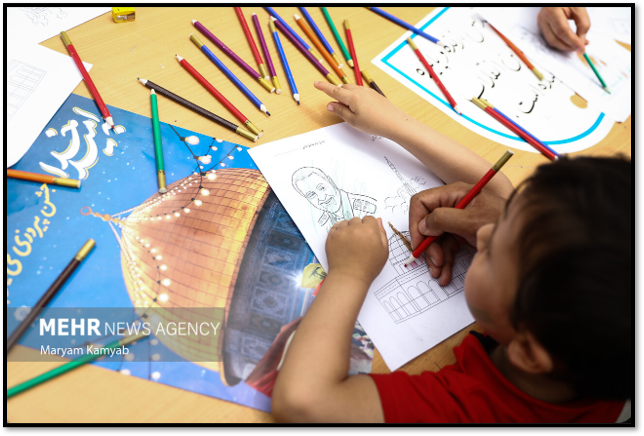 A child colors in pictures of the Dome of the Rock, General Soleimani and a missile.