On October 29, the United States sanctioned four men and two companies for supporting Unmanned Aerial Vehicle (UAV) programs run by the Islamic Revolutionary Guard Corps (IRGC) and its external operations arms, the Qods Force. “Iran’s proliferation of UAVs across the region threatens international peace and stability. Iran and its proxy militants have used UAVs to attack U.S. forces, our partners, and international shipping,” Deputy Secretary of the Treasury Wally Adeyemo said. “Treasury will continue to hold Iran accountable for its irresponsible and violent acts.”

One of the designated men, IRGC Brigadier General Saeed Aghajani, was allegedly responsible for orchestrating an attack on a Saudi Arabian oil refinery in 2019 and a strike on an oil tanker that killed two crewmen in 2021. Aghajani heads the IRGC’s UAV command. 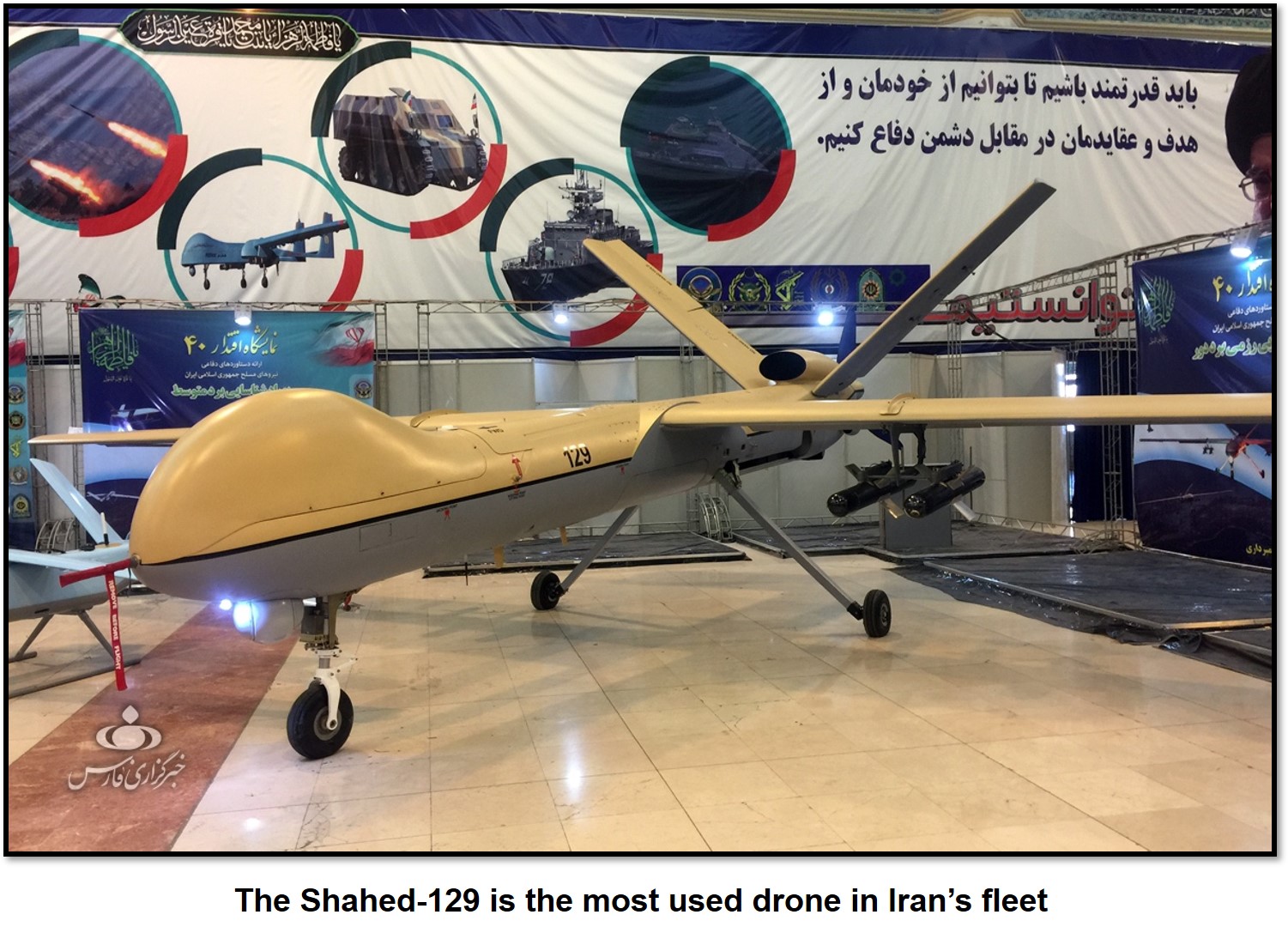 Iran’s drone program dates to the mid-1980s during the war with Iraq. Faced with high attrition rates for crewed combat aircraft, Iran turned to drones, which were cheaper and easier to manufacture. In subsequent decades, Iran developed a variety of drones capable of surveillance and reconnaissance as well as combat. Since 2004, Iran has provided drones—or parts, blueprints and training to produce drones—to proxies in at least four locations: Lebanon, Iraq, Yemen, and Gaza. Iran and its allies have also operated drones in Syria. The following is the Treasury’s press release on the new sanctions.

WASHINGTON — Today, the U.S. Department of the Treasury’s Office of Foreign Assets Control (OFAC) designated members of a network of companies and individuals that have provided critical support to the Unmanned Aerial Vehicle (UAV) programs of Iran’s Islamic Revolutionary Guard Corps (IRGC) and its expeditionary unit, the IRGC Qods Force (IRGC-QF). OFAC is also designating Saeed Aghajani, the commander of the IRGC Aerospace Force (IRGC ASF) UAV Command. The IRGC-QF has used and proliferated lethal UAVs for use by Iran-supported groups, including Hizballah, HAMAS, Kata’ib Hizballah, and the Houthis, and to Ethiopia, where the escalating crisis threatens to destabilize the broader region. Lethal UAVs have been used in attacks on international shipping and on U.S. forces.

“Iran’s proliferation of UAVs across the region threatens international peace and stability. Iran and its proxy militants have used UAVs to attack U.S. forces, our partners, and international shipping,” said Deputy Secretary of the Treasury Wally Adeyemo. “Treasury will continue to hold Iran accountable for its irresponsible and violent acts.”

IRGC Brigadier General Saeed Aghajani, who oversees the IRGC ASF UAV Command, directs the planning, equipment, and training for IRGC ASF UAV operations. Under his leadership, the IRGC ASF UAV Command orchestrated the July 29, 2021 attack on the commercial shipping vessel Mercer Street off the coast of Oman, which resulted in the deaths of two crewmen. Aghajani also was behind a UAV attack against a Saudi Arabian oil refinery in 2019.

Iranian forces have been responsible for several high-profile attacks against international shipping over the last few years, including two prior incidents this year alone. In 2019, Iranian strikes targeting six tankers were widely condemned, including an operation orchestrated by the IRGC in May 2019 that resulted in damage to Saudi, Emirati, and Norwegian vessels.

Aghajani is being designated pursuant to E.O. 13224, as amended, for having acted for or on behalf of, directly or indirectly, the IRGC ASF.

Kimia Part Sivan Company (KIPAS) is an Iran-based company that has worked with Iran’s IRGC-QF to improve the force’s UAV program. KIPAS officials have conducted UAV flight tests for the IRGC-QF and have provided technical assistance to IRGC-QF UAVs transferred to Iraq for use in IRGC-QF operations. KIPAS has also procured valuable UAV components for onward use by the IRGC. Mohammad Ebrahim Zargar Tehrani has helped KIPAS source these components from companies based outside of Iran.

IRGC Brigadier General Abdollah Mehrabi (Mehrabi), as chief of the IRGC ASF Research and Self-Sufficiency Jihad Organization (SSJO), has procured UAV engines for the organization from Oje Parvaz Mado Nafar Company (Mado Company), an entity he co-owns and for which he has served as chairman. Mado Company and its managing director Yousef Aboutalebi (Aboutalebi) have procured UAV engines for the IRGC Navy and entities supporting weapons development for the Iranian military, including Iran’s Qods Aviation Industries (QAI) and Aircraft Manufacturing Industries (HESA), which is a U.S.-sanctioned company that has provided UAVs to the IRGC.

Mehrabi is being designated pursuant to E.O. 13382 for acting or purporting to act for or on behalf of, directly or indirectly, the IRGC ASF SSJO. Aboutalebi and Mado Company are being designated pursuant to E.O. 13382 for having provided, or attempted to provide, financial, material, technological, or other support for, or goods or services in support of, the IRGC.

As a result of today’s designations, all property and interests in property subject to U.S. jurisdiction of the persons designated are blocked, and U.S. persons are generally prohibited from engaging in transactions with the designated persons or their blocked property. In addition, foreign financial institutions that knowingly facilitate significant transactions for, or persons that provide material or certain other support to, the persons designated today risk exposure to sanctions that could sever their access to the U.S. financial system or block their property or interests in property under U.S. jurisdiction.

Iran-based Mado Company, Yousef Aboutalebi, and Chief Brigadier Gen. 2 Abdollah Mehrabi are all being designated under E.O. 13382 for their links to the IRGC and its affiliate units.

The IRGC has used and proliferated lethal UAVs to Iranian-supported groups, including attacks on U.S forces and on international shipping.

The United States will use all available tools, including sanctions, to prevent, deter, and dismantle the procurement networks that supply UAV-related material and technology to Iran, as well as the Iranian entities that engage in such proliferation.