A large majority of Iranians, 78 percent, had favorable views of President Ebrahim Raisi, according to a new poll by the Center for International and Security Studies at Maryland (CISSM) and IranPoll.com. Many Iranians, however, were critical of how the June 2021 election was conducted. Some 44 percent of Iranians were "not at all" or "not very satisfied" with the final list of candidates, who were approved to run by the powerful Guardian Council. Some 58 percent thought that the election law should be changed -- notably to simplify the vetting of candidates. 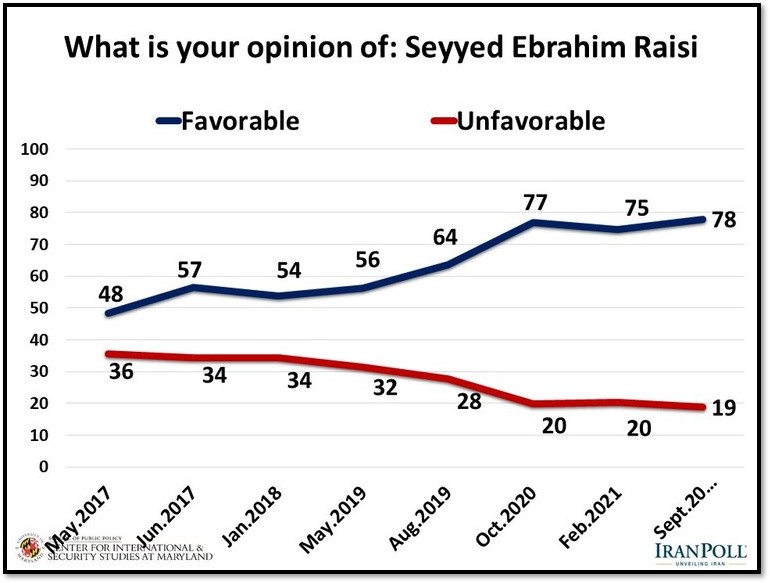 Iranians provided a range of explanations for not voting in the 2021 election. The turnout, according to official tallies, was only 48.8 percent, the lowest in 13 presidential elections since the 1979 revolution. The reasons included dissatisfaction with presidents not keeping their promises, concerns about contracting COVID-19 at polling stations, wanting to protest economic conditions, and feeling that the winner was obvious from the start of the campaign.

Compared to previous elections, the low turnout reflected widespread apathy about both the candidates and the future of the revolution. An unprecedented percentage of voters, 12.9 percent, turned in blank or invalid ballots, according to the Interior Ministry. The number of spoiled ballots, which exceeded votes for the runner-up, suggested that many of them were protest votes.

On Raisi and Other Public Figures 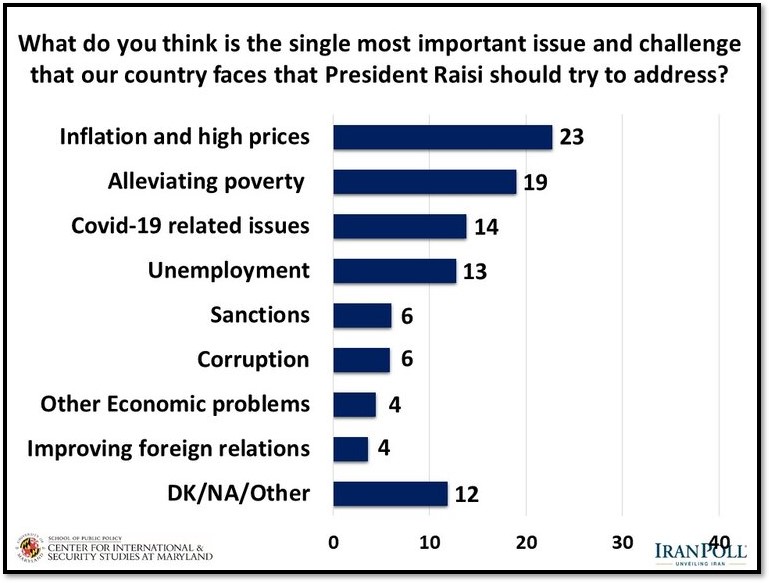 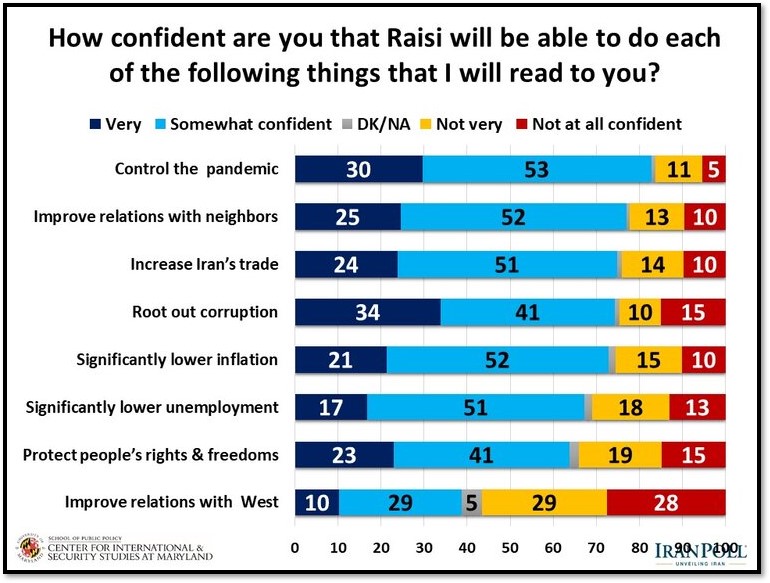 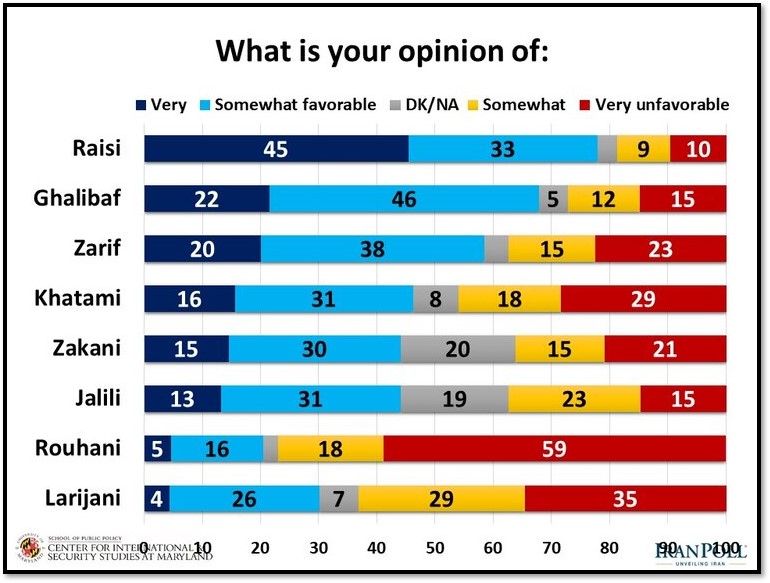 On the 2021 Presidential Election 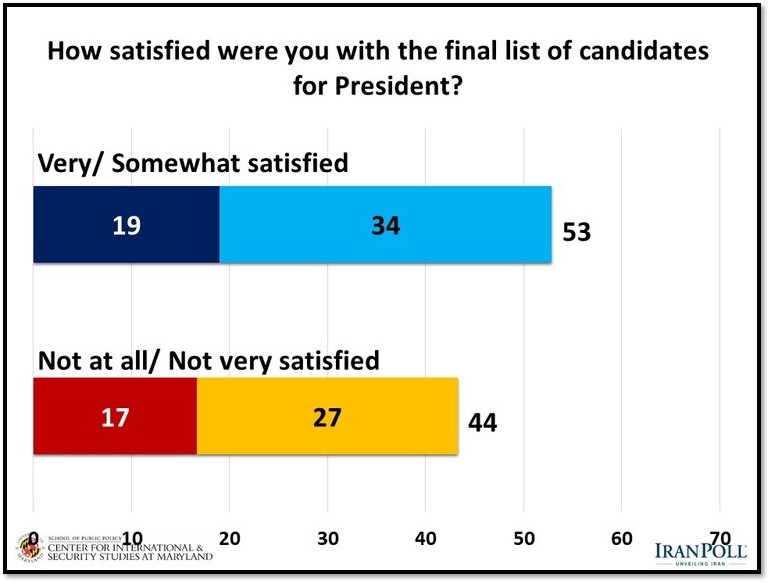 The Guardian Council is responsible for vetting and approving candidates. 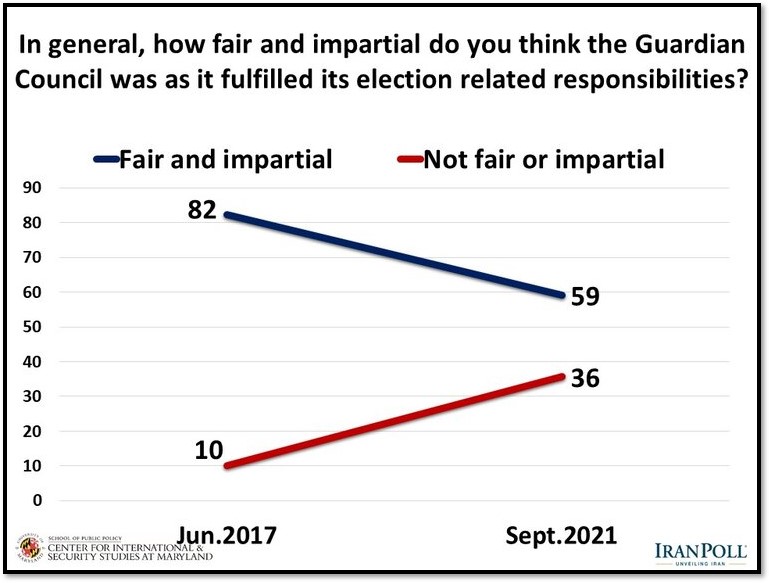 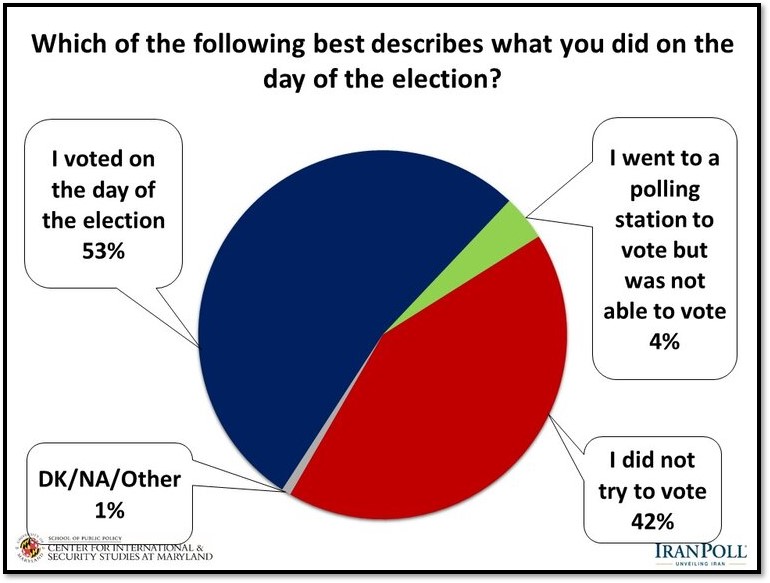 For whom did you vote? 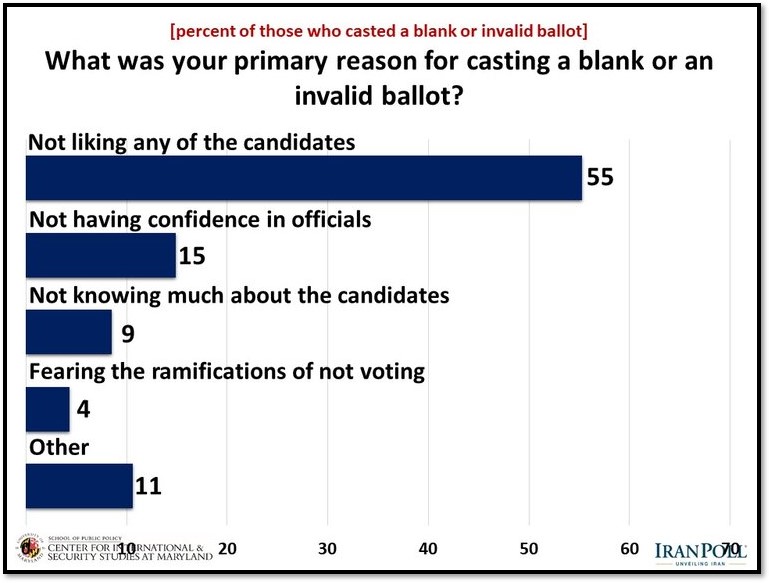 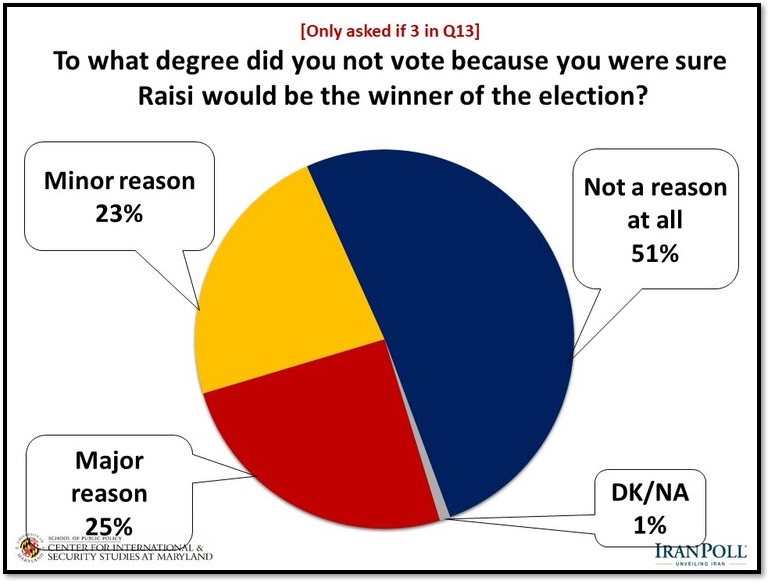 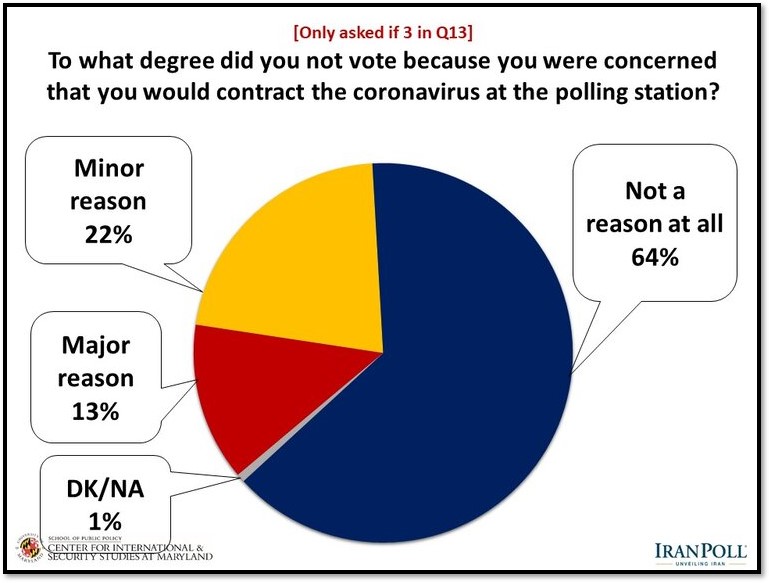 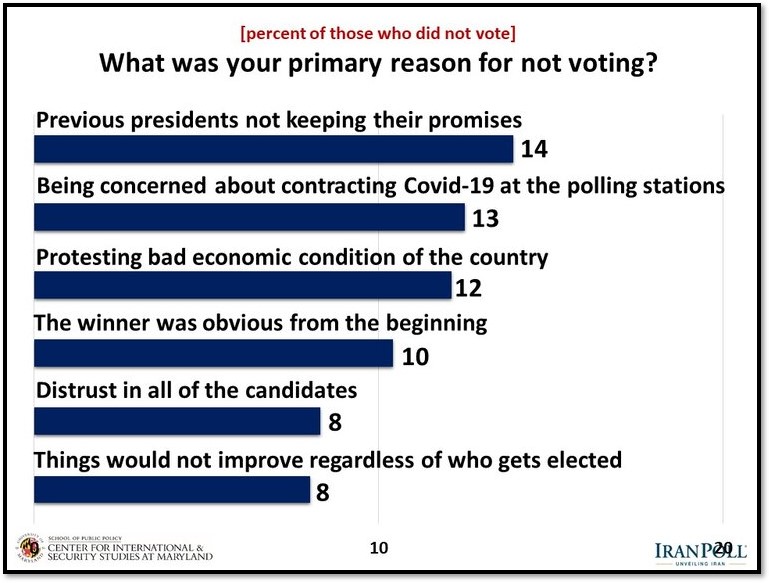 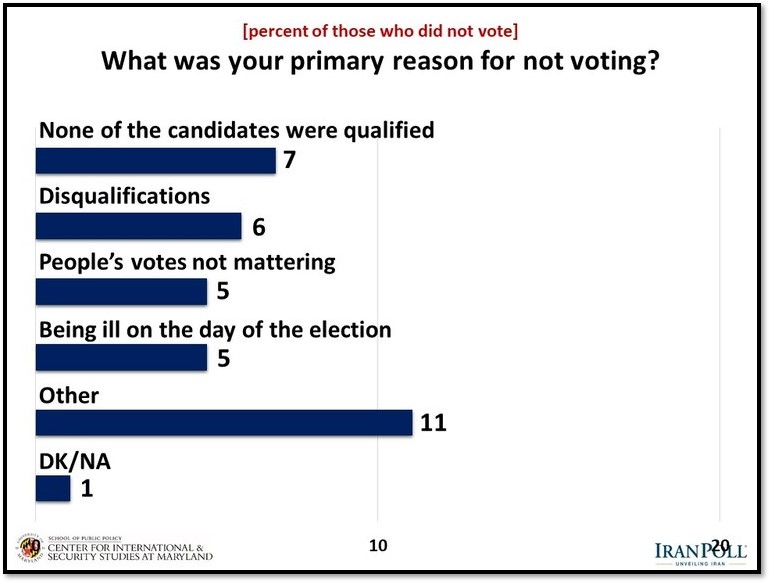 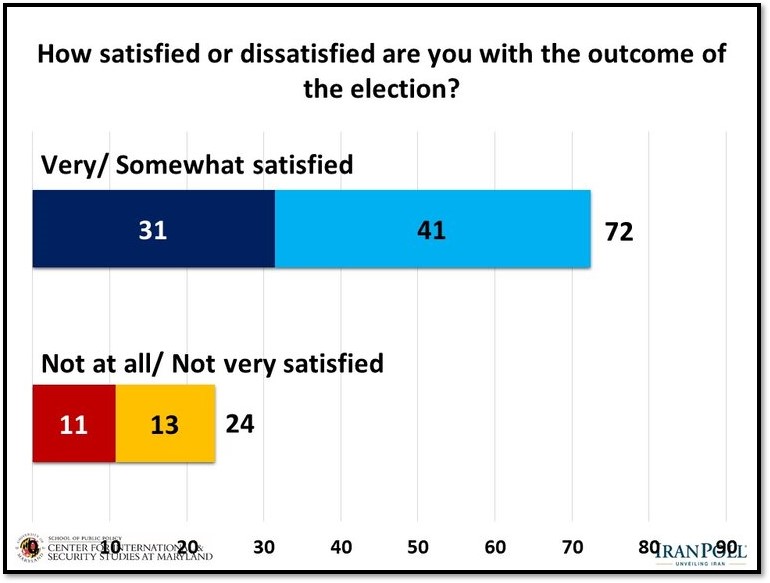 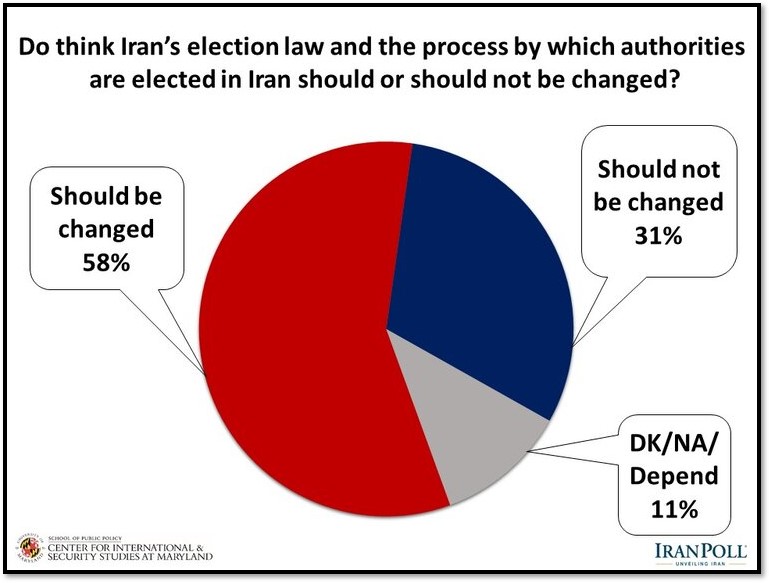 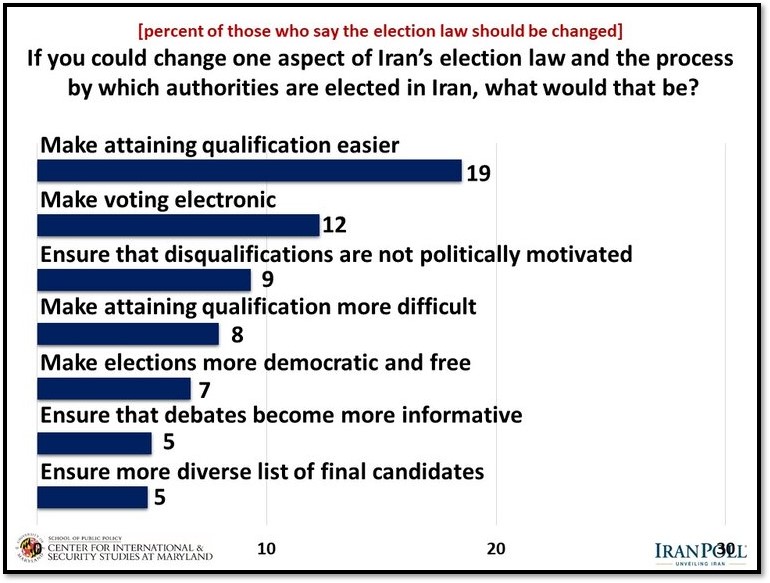 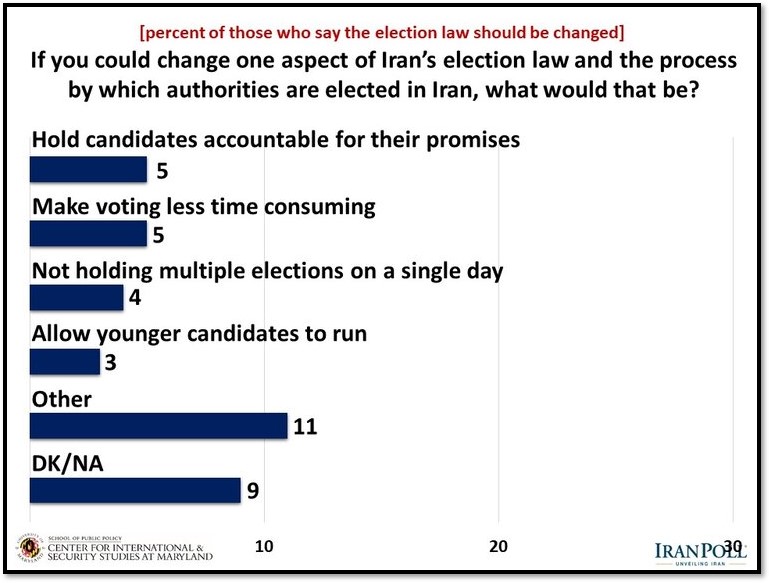