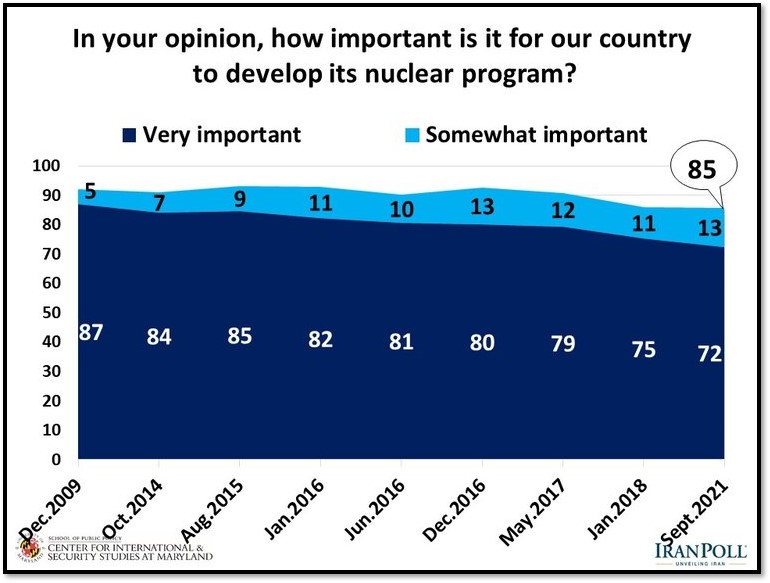 Six years after it was negotiated, Iranian public opinion was split on the 2015 nuclear deal. Some 47 percent disapproved of the agreement while 48 percent approve of it, according to a new poll by the Center for International and Security Studies at Maryland (CISSM) and IranPoll.com. The deal had a much higher approval rating -- 76 percent -- in mid-2015, when Iran and the world's six major powers concluded two years of diplomacy. It subsequently declined in popularity because it failed to deliver the economic benefits promised in the deal.

Iranians were similarly split on whether the United States and Iran would return to full compliance with the deal, known as the Joint Comprehensive Plan of Action (JCPOA). From April to June 2021, Iran and the world’s six major powers held six rounds of talks on restoring the JCPOA. Diplomacy stalled in June during Iran’s presidential campaign and the political transition as Ebrahim Raisi took office and appointed his cabinet in August.

Even if the United States rejoined the deal, nearly two thirds of Iranians thought that Washington would not likely fulfill its obligations. But they were divided over what to do if Iran cannot reap the economic benefits. In the poll, 36 percent favored staying in the JCPOA but not fulfilling all Iran's obligations, while 31 percent preferred gradually moving back into compliance. Another 28 percent wanted Iran to formally withdraw from the JCPOA altogether. 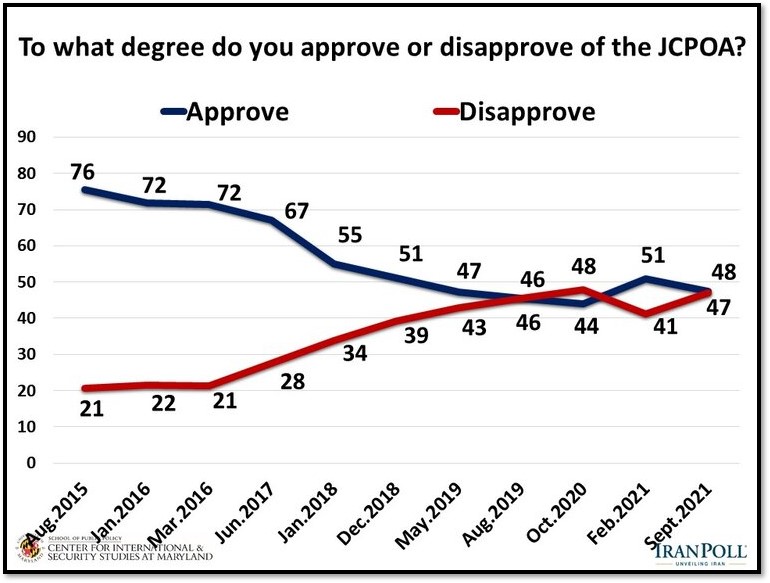 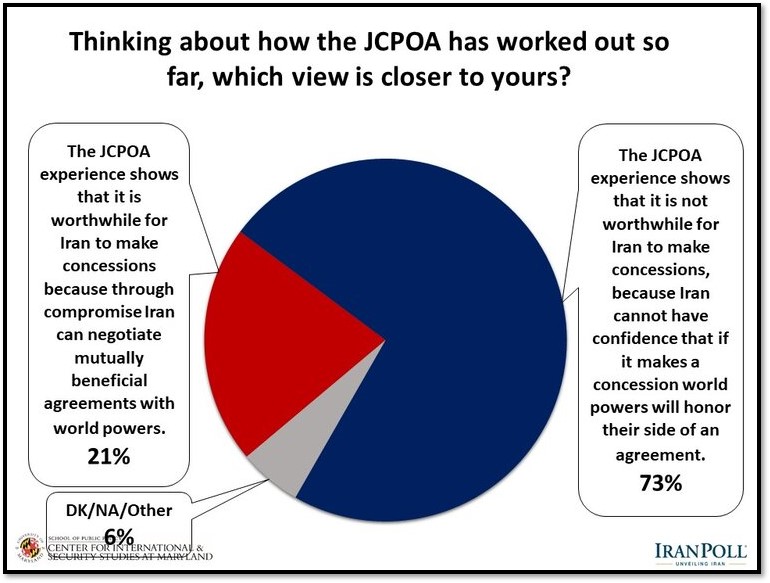 On the Nuclear Talks 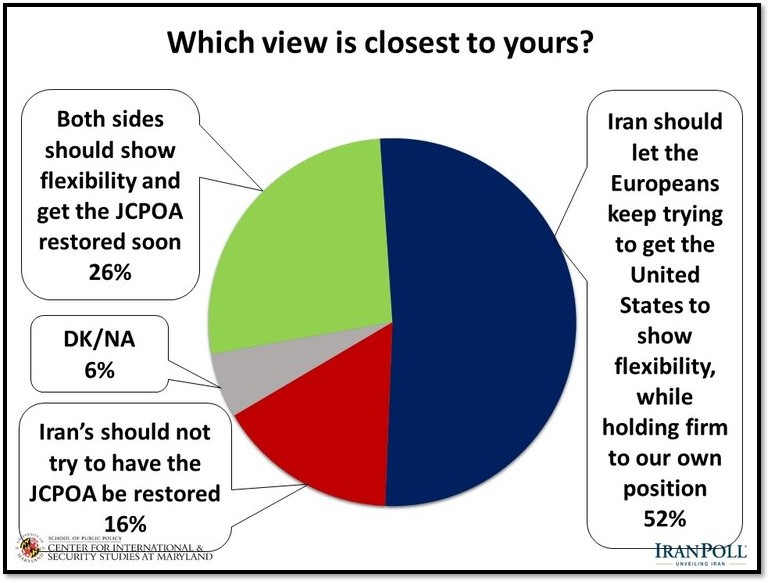 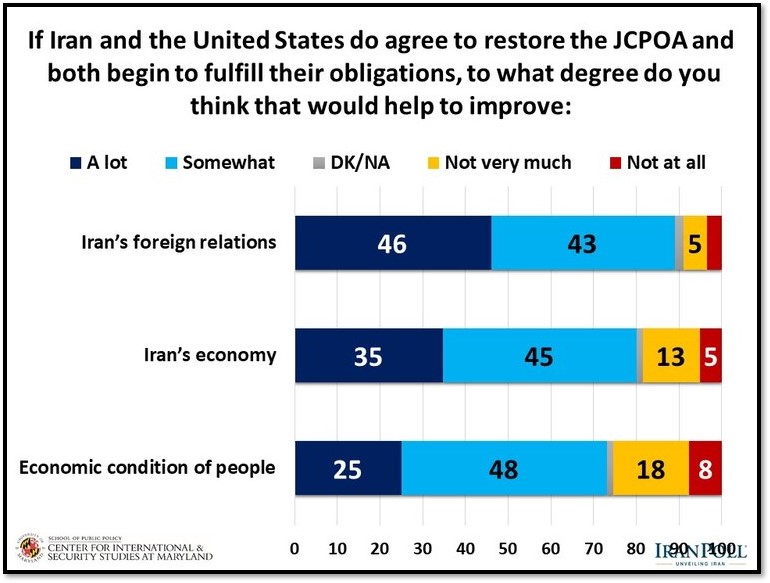 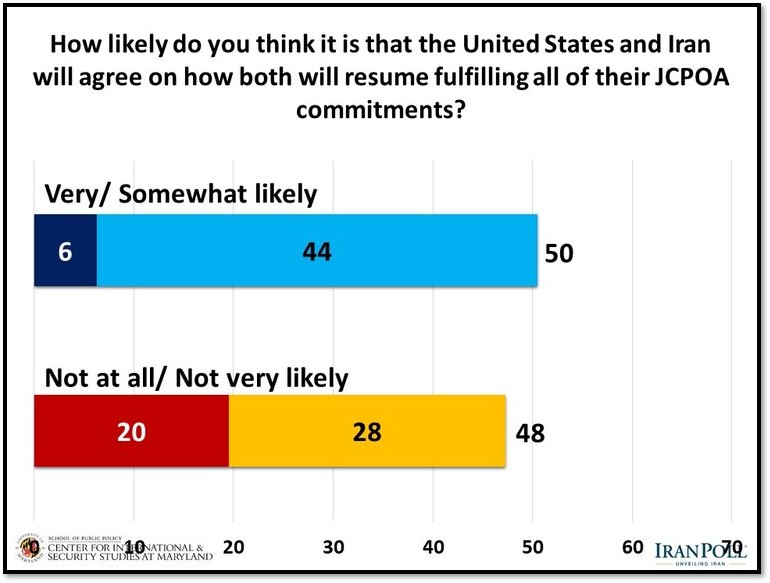 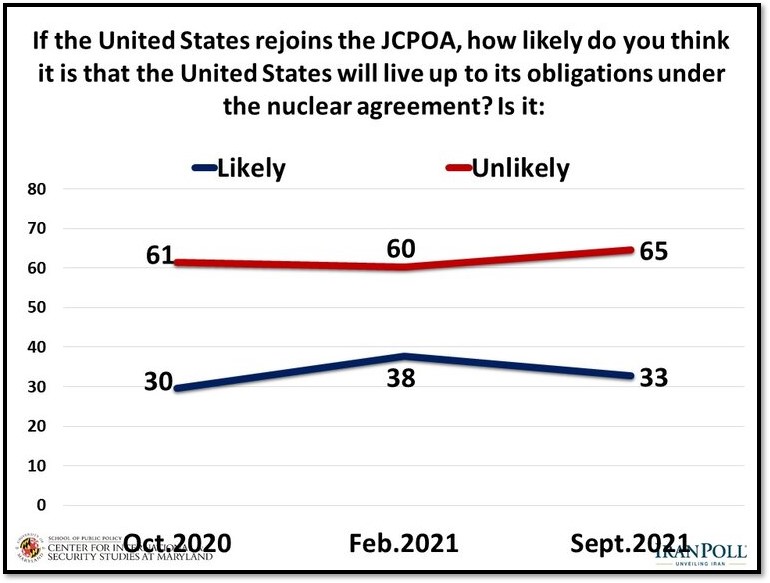 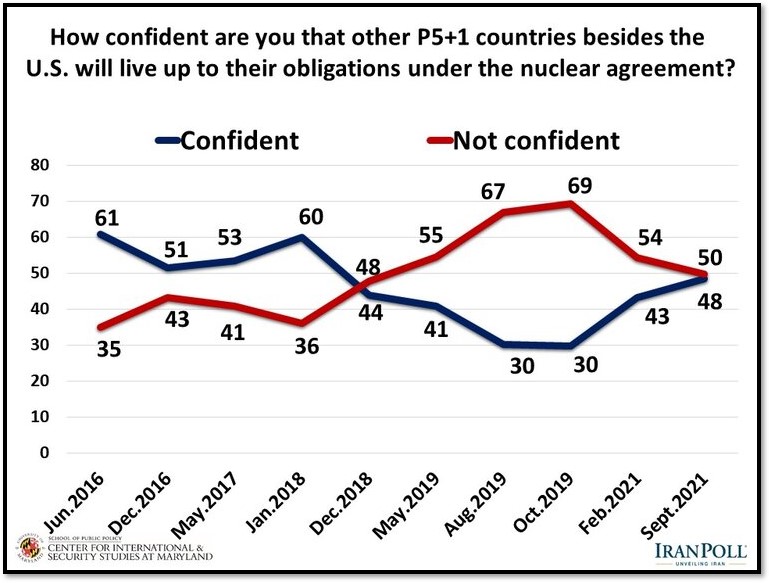 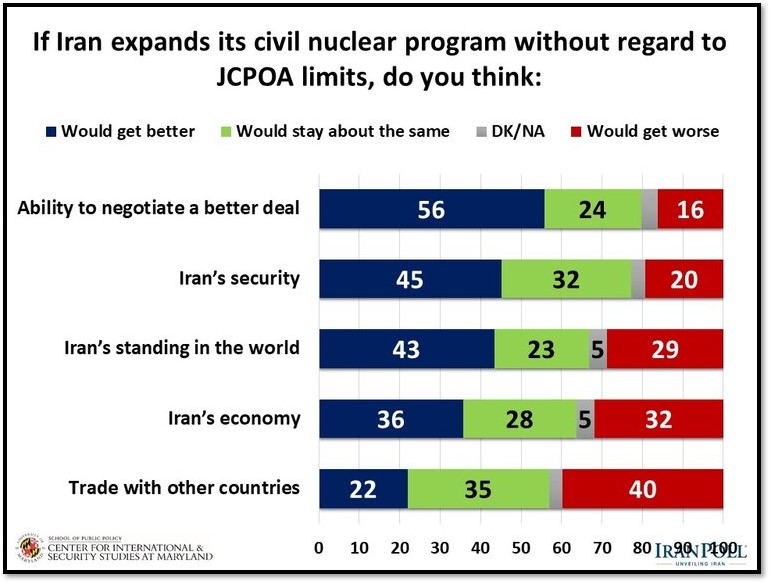 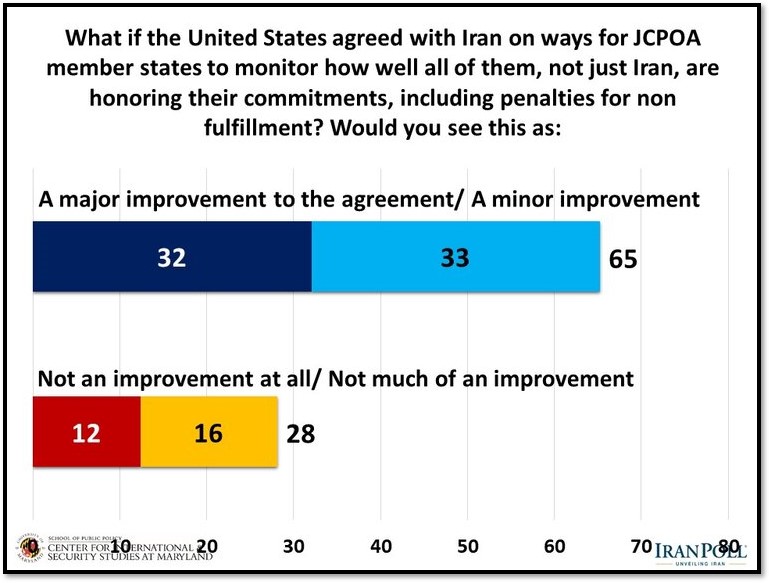 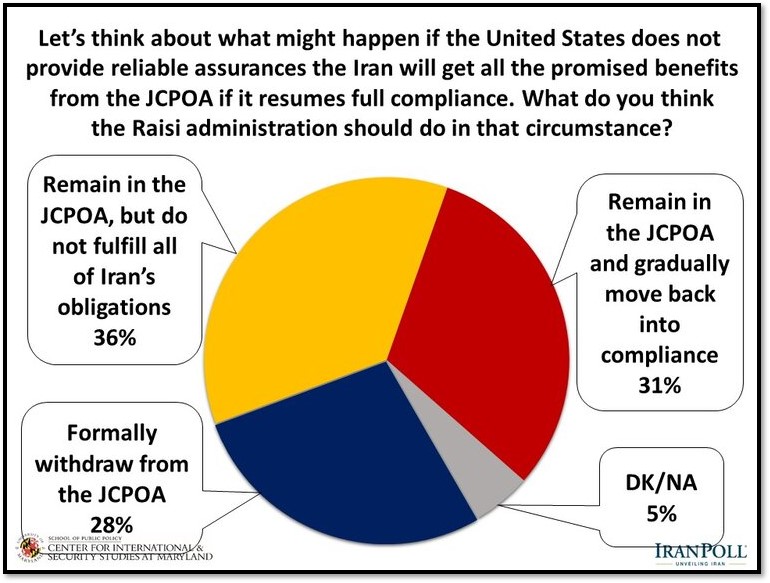 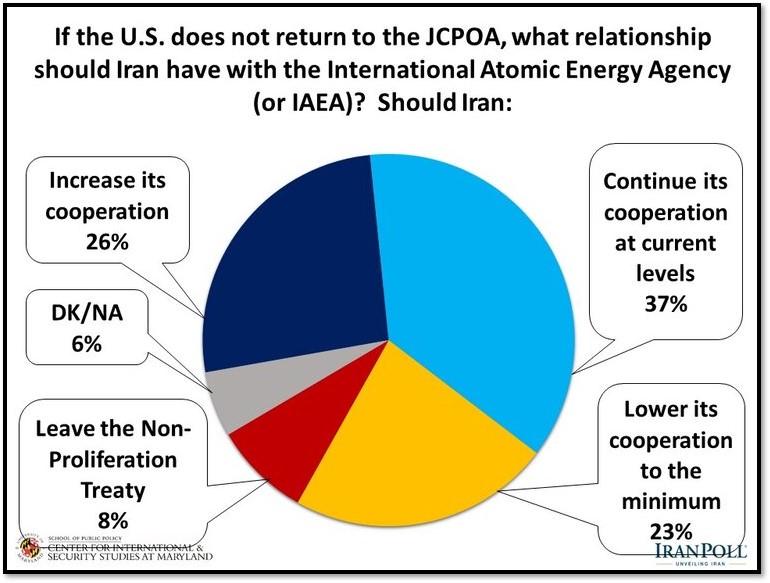