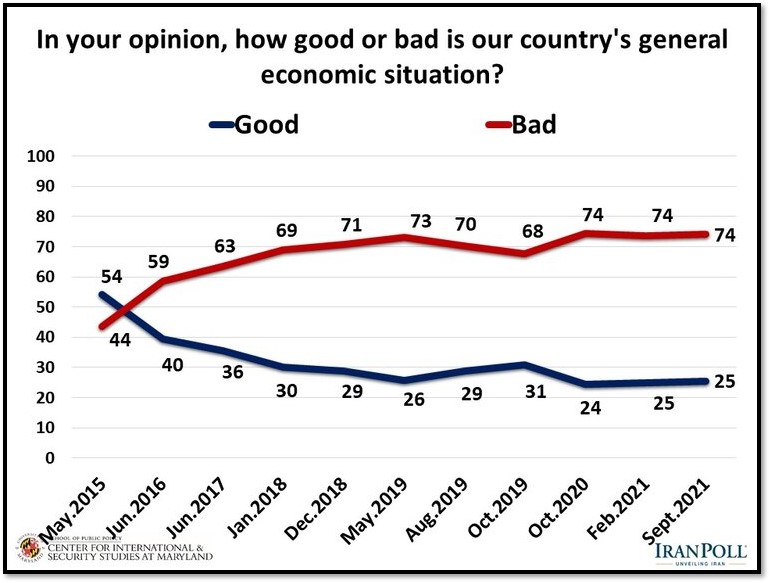 In September 2021, 74 percent of Iranians said that the overall economic situation was "somewhat bad" or "very bad," according to a new poll by the Center for International and Security Studies at Maryland (CISSM) and IranPoll.com. More than 60 percent of Iranians were most concerned about inflation, poverty, unemployment or other economic problems compared to COVID-19, corruption and other issues.

Some 63 percent of Iranians blamed economic problems on domestic mismanagement and corruption, while 34 percent cited foreign sanctions. The United States reimposed biting sanctions on oil sales and other key sectors of Iran’s economy after it withdrew from the nuclear deal in May 2018. Despite the faltering economy in 2021, 54 percent predicted that living conditions would improve over three years.

On the Economic Situation 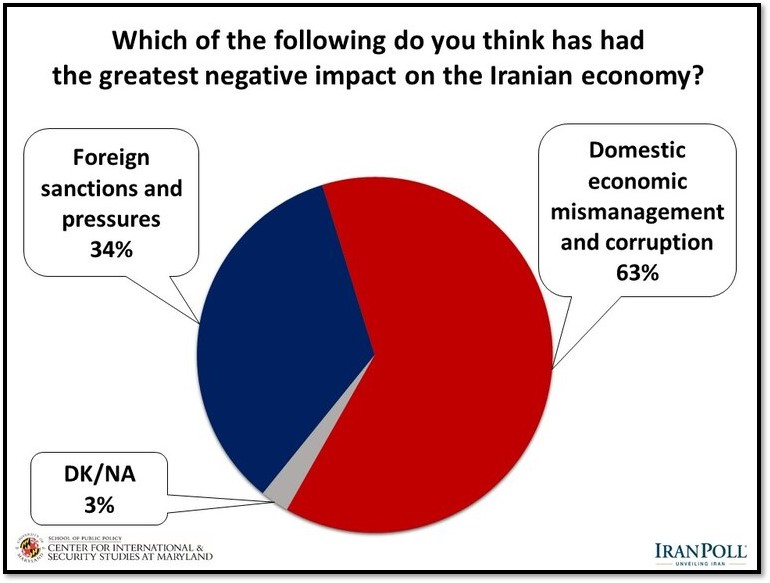 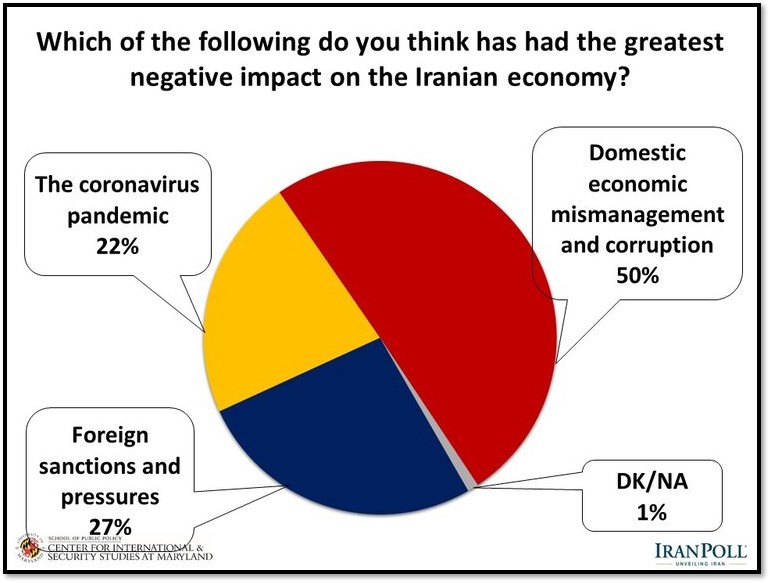 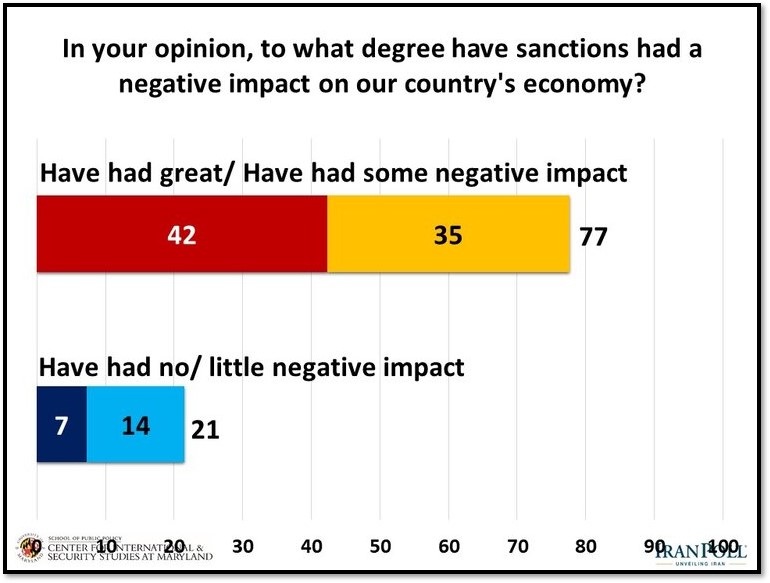 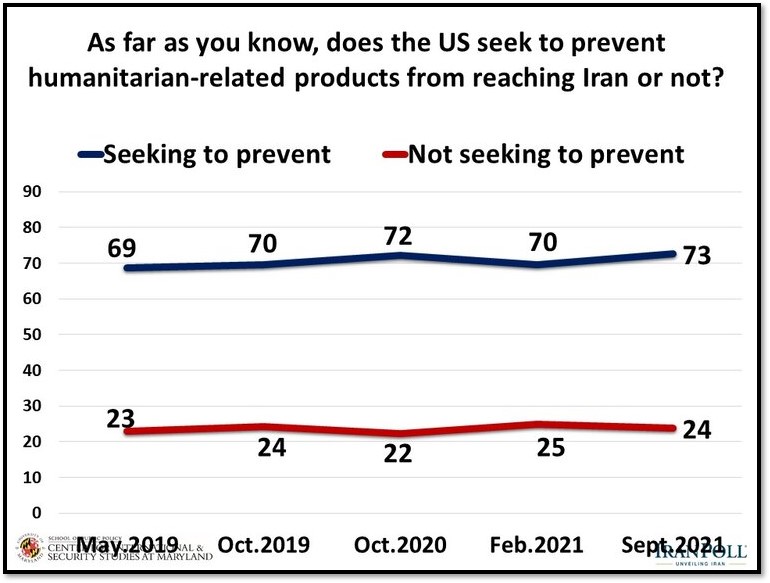 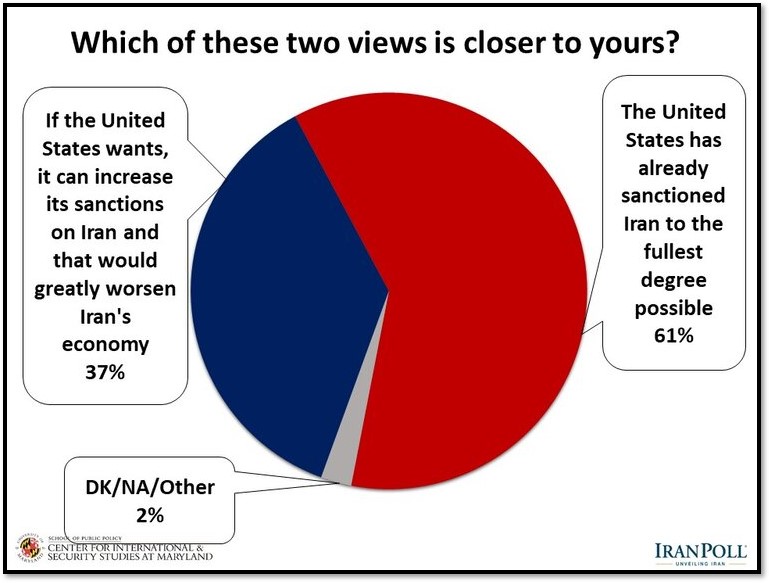 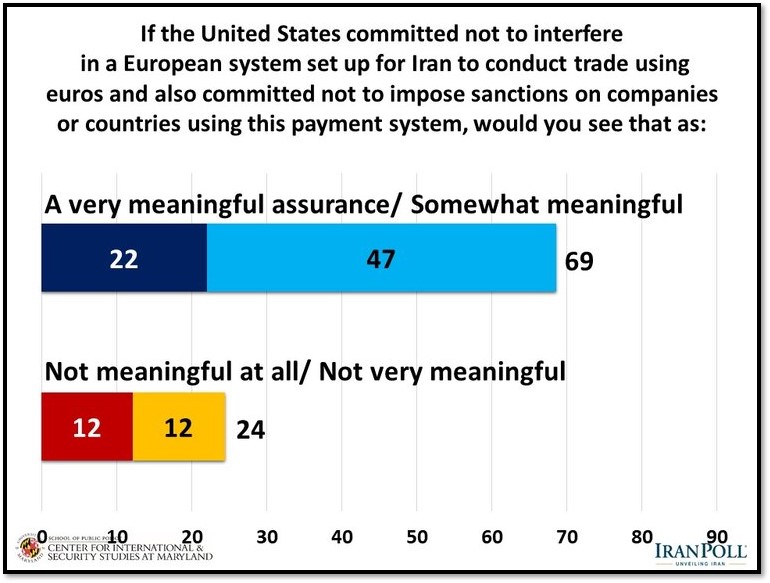 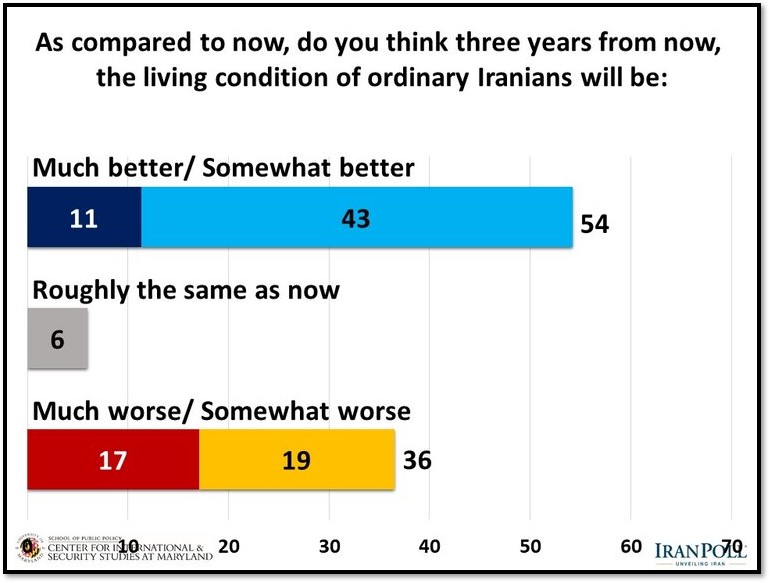 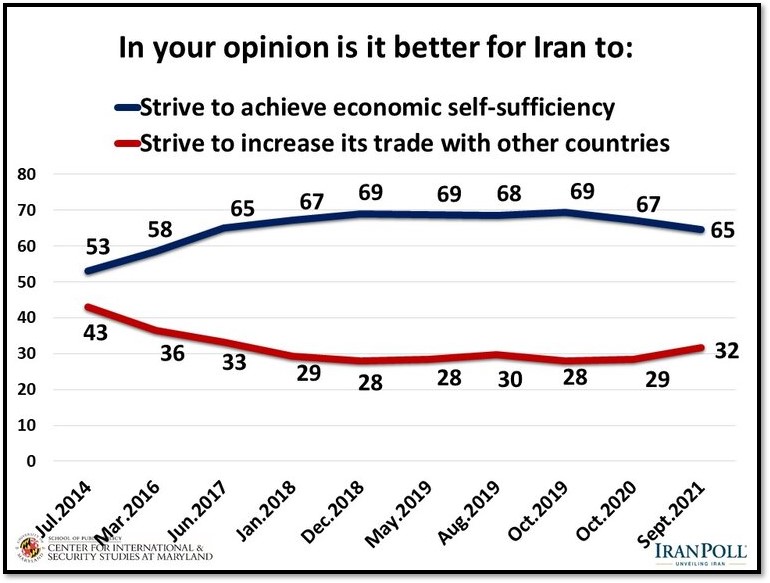