Eighteen months after the COVID-19 outbreak, Iranians were significantly more concerned about the government’s response to the pandemic. Some 42 percent of Iranians, up from 25 percent a year earlier, said that Iran’s response has been less effective than the actions by similar countries, according to a new poll by the Center for International and Security Studies at Maryland (CISSM) and IranPoll.com. But a majority of Iranians, 72 percent, said that they were still satisfied with the overall performance of the public healthcare system.

Most Iranians were more worried about economic challenges than COVID-19. More than 60 percent of Iranians cited inflation, poverty, unemployment or other economic issues as bigger problems; only 14 percent cited COVID-19 as the top challenge. 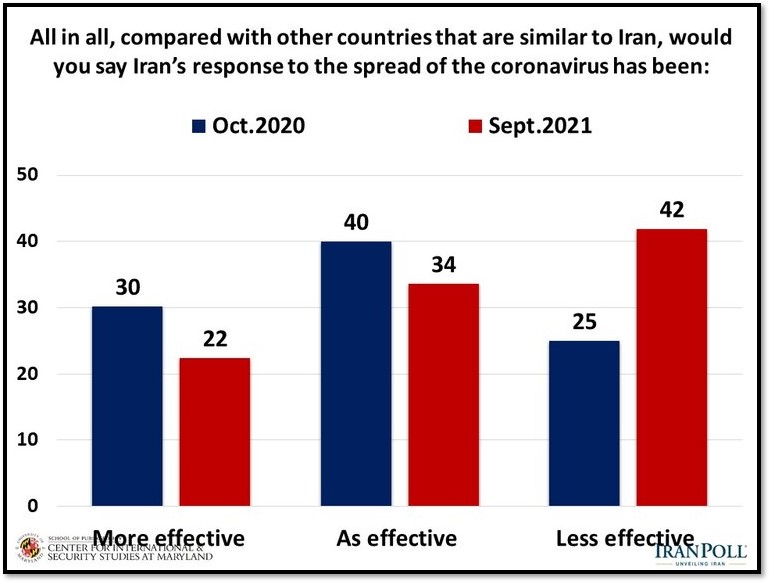 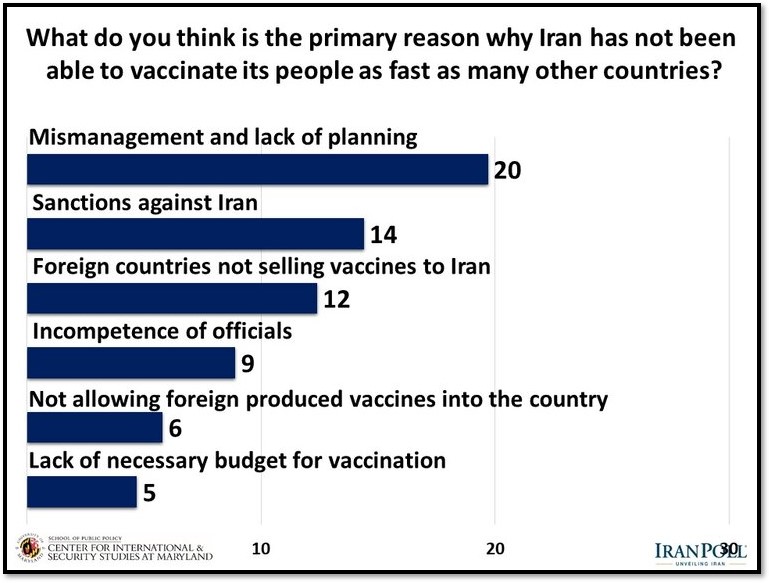 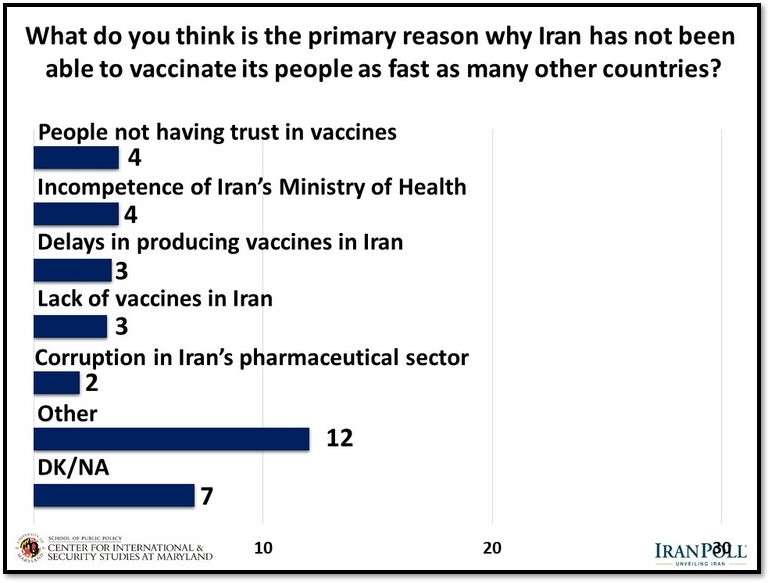 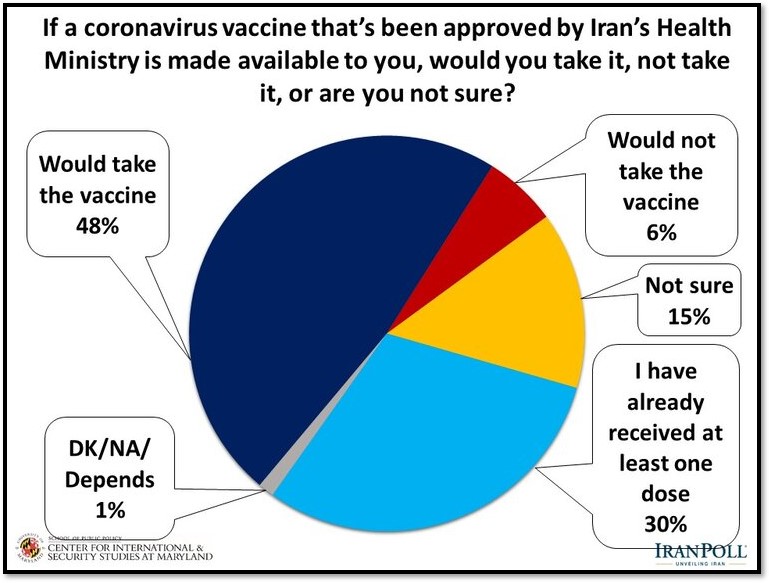 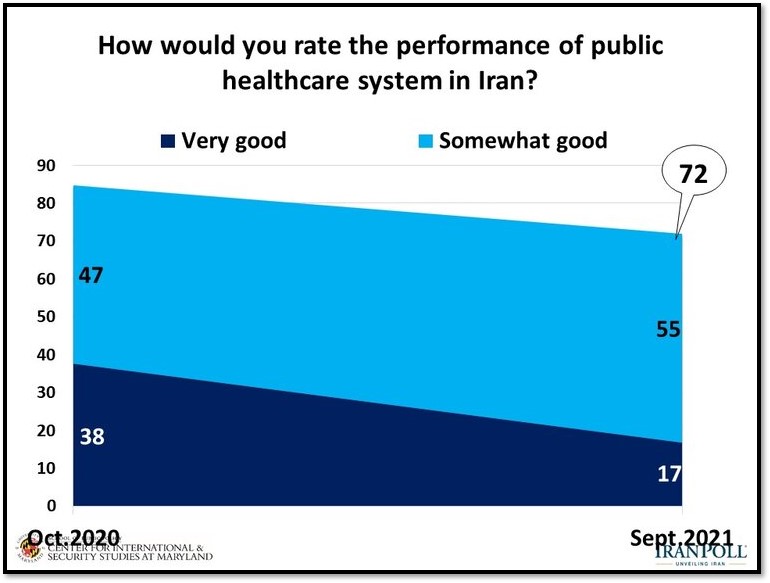 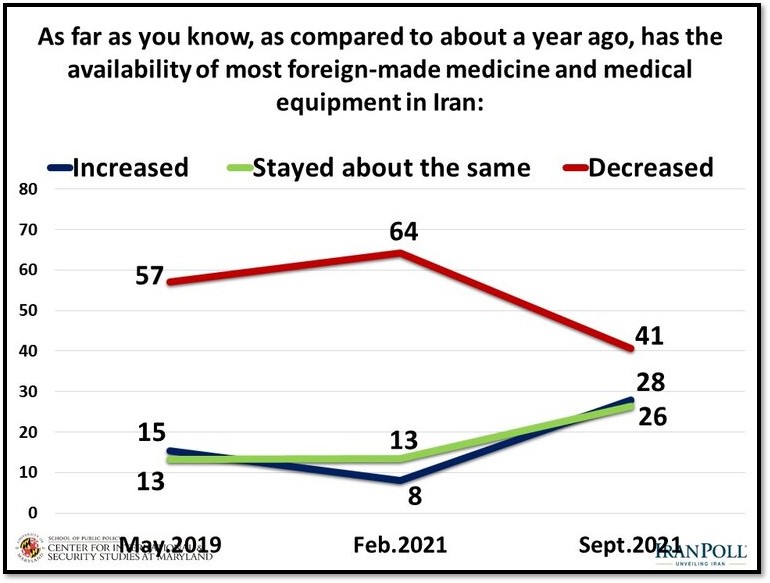