The Elders Call for Compromises in JCPOA Talks

On November 24, the independent group of global leaders called The Elders urged Iran and the world’s six major powers to “show courageous leadership and a willingness to compromise” in talks on restoring the 2015 nuclear deal. The following is the full text of the press release.

Ahead of the resumption of talks about the Iran nuclear agreement in Vienna on 29 November – the Joint Comprehensive Plan of Action (JCPOA) – The Elders today called on all parties to show courageous leadership and a willingness to compromise.

The separate meeting of the Board of Governors of the International Atomic Energy Agency this week, which will consider Iran’s lack of compliance with its IAEA agreements, will be another critical moment that must be approached constructively and sensitively by all parties.

The Elders warned that posturing rhetoric and intransigent positions from the United States of America and Iran risk scuppering the talks altogether. The interests of all parties would be better served at this stage by a compromise deal that meets key demands and preserves the space for diplomacy and negotiation.

The Elders further warned that a breakdown of the talks could have far-reaching consequences for regional and international peace and security, with the risk of increasing brinkmanship and dangerous miscalculations.

“The talks have suffered so far from a lack of trust and confidence on both sides. Negotiators and leaders from both Iran and the P5+1 need to address this trust deficit, and provide concrete assurances and guarantees that the terms of a revived JCPOA will be comprehensively and fairly implemented. The overriding goal must be to bring the USA and Iran back onto a path towards full compliance with the 2015 deal. The alternative is a perpetual cycle of mutual escalation. This could have dangerous and unpredictable consequences for both Iranians and people from other countries.” 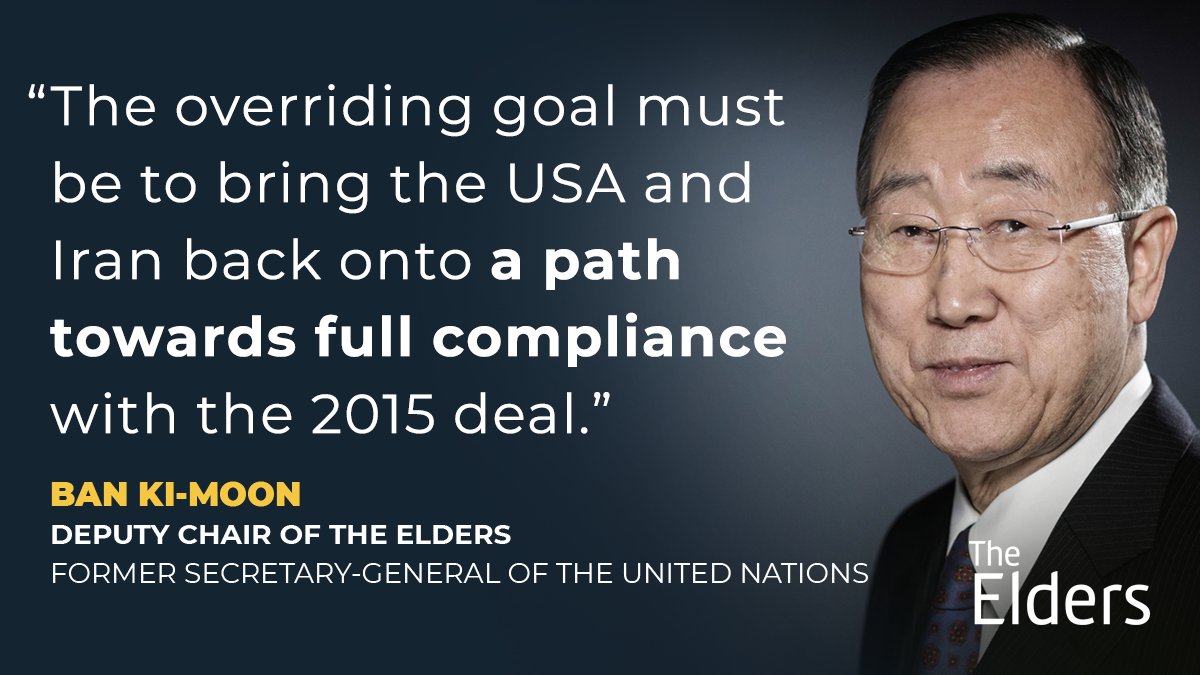