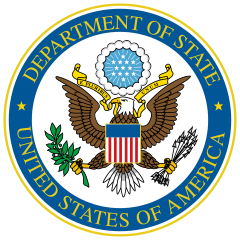 In 2020, Iran had a poor record on religious freedom, particularly for minorities, the State Department reported in its annual global survey of religious freedom. Non-Muslims faced “societal discrimination and harassment,” while Sunnis living in Kurdistan, Khuzestan and Sistan and Baluchistan provinces were victims of extrajudicial killings, arbitrary arrest, and torture. “Iran continues to intimidate, harass, and arrest members of minority faith groups, including Baha’i, Christians, Jews, Zoroastrians, Sunni and Sufi Muslims,” Secretary of State Antony Blinken said at the launch of the 2020 Report on International Religious Freedom. Iran’s population is predominantly Shiite Muslim, and Shiism is the official religion of the state. Islam, Christianity, Judaism, and Zoroastrianism are the only recognized religions, while the Baha'i are considered heretics and are widely persecuted. The government--notably the judiciary and security forces--has persecuted members of recognized faiths as well as unrecognized faiths. The following is the executive summary of the report, which was released on May 12, 2021.

The constitution defines the country as an Islamic republic and specifies Twelver Ja’afari Shia Islam as the official state religion. It states all laws and regulations must be based on “Islamic criteria” and an official interpretation of sharia. The constitution states citizens shall enjoy human, political, economic, and other rights, “in conformity with Islamic criteria.” The penal code specifies the death sentence for proselytizing and attempts by non-Muslims to convert Muslims, as well as for moharebeh (“enmity against God”) and sabb al-nabi (“insulting the Prophet or Islam”). According to the penal code, the application of the death penalty varies depending on the religion of both the perpetrator and the victim. The law prohibits Muslim citizens from changing or renouncing their religious beliefs. The constitution also stipulates five non-Ja’afari Islamic schools shall be “accorded full respect” and official status in matters of religious education and certain personal affairs. The constitution states Zoroastrians, Jews, and Christians, excluding converts from Islam, are the only recognized religious minorities permitted to worship and form religious societies “within the limits of the law.”

According to the online news service Iran Focus, on September 10, the Supreme Court, for the third time, upheld the death sentence against seven Sunni Muslim prisoners who were charged with “acting against national security,” “propaganda against the state,” and “moharebeh.” On October 4, according to the Kurdistan Press Agency and a Kurdish nongovernment organization (NGO), security forces arrested a prominent Kurdish Sunni imam, Mamousta Rasoul Hamzehpour, in his home in the city of Piranshahr. As of year’s end, his whereabouts and the status of his case remained unknown. The Abdorrahman Boroumand Center for Human Rights in Iran (ABC), a U.S.-based human rights NGO, said that from January 2000 to November 2020, the government sentenced at least 237 persons to amputation and carried out the sentence in at least 129 cases. On October 8, the International Federation for Human Rights (FIDH) released a report on the country’s use of capital punishment, stating, “The death penalty…has often been used against members of Iran’s ethnic communities and religious minorities, especially in political cases based on moharebeh, ‘spreading corruption on Earth,’ insurrection, and other vaguely worded crimes.” According to the ABC, on October 14, authorities in the Office of the Borazjan City Prosecutor flogged a Christian convert, Mohammad Reza (Yohan) Omidi, 80 times for drinking communion wine. On November 22, NGOs and several media outlets reported that authorities raided the homes of dozens of Baha’is across the country in “simultaneous operations.” On May 28, Radio Farda reported that police in Khuzestan Province said they arrested “14 agents of takfiri (an umbrella term to refer to Sunni dissident groups and Sunni individuals) and separatist groups.” The opposition website Iran Focus stated human rights groups reported that authorities summoned, interrogated, and arrested several religious Sunni teachers, students, and civil activists during the month of Ramadan (which began in late April). NGOs reported that as of October 27, there were 38 Baha’is – 16 men and 22 women – in prison. Twenty-six of them were placed there during the year.

In July, a court sentenced seven of eight Christian converts who were arrested in Bushehr in 2019 for spreading “propaganda against the regime.” After sentencing a married couple among the group, the court ruled that, as Christians, the couple were not fit to raise their adopted daughter, who has heart and other health conditions, whom the court viewed as a Muslim. In May, the parliament passed amendments to the Islamic Penal Code, including language that those found guilty of “deviant psychological manipulation” or “propaganda contrary to Islam” could be labeled as members of a “sect” and punished with imprisonment, flogging, fines, or the death penalty. On November 9, the Supreme Court rejected an appeal by women’s right activist Saba Kord-Afshari of her prison sentence for protesting the compulsory hijab.

On November 1, Iran International and the international human rights news agency HRANA reported that authorities barred from higher education at least 17 Baha’is who participated in the year’s nationwide university entrance examinations, despite their being academically qualified. In January, NGOs and press reported that the application form for the state-issued national identity card, required for almost all government and other transactions, would only allow citizens to register as one of the country’s recognized religions – Islam, Christianity, Judaism, and Zoroastrianism; previously application forms for the identity card had an option for “other religions.” According to a December 4 report by the news website IranWire, the government issued a memorandum to provincial judiciary heads establishing a new General Office for the Supervision of Lawyers to receive any reports of transgressions by members of the legal profession, including women lawyers not wearing the mandatory hijab at work or on social media or doubts about a lawyer’s commitment to Islam, the Islamic Republic, or the principle of Supreme Leader.

According to multiple sources, non-Shia Muslims and those affiliated with a religion other than Islam, especially members of the Baha’i community, continued to face societal discrimination and harassment, while employers experienced social pressures not to hire Baha’is or to dismiss them from their private-sector jobs. Baha’is reported there was continued destruction and vandalism of their cemeteries. According to IranWire, during Friday prayers in early November in Kermanshah, Sunni cleric Mullahamid Faraji called Yarsanis infidels, Satanists, and enemies of Muslims. Molavi Abdolhamid Ismaeelzahi, the most senior Sunni cleric in the country, circulated a video on social media charging that Chinese Shia students studying at al-Mustafa International University in Qom had infected the country with the COVID-19 virus. According to press and NGO reports, on May 14, following threats on Twitter, a man broke into the shrine of Esther and Mordechai, a Jewish holy site in Hamadan, in an attempt to set fire to the tomb. In June, the Group for Analyzing and Measuring Attitudes in Iran, a Netherlands-based NGO focusing on research on Iran, conducted an online survey with the collaboration of the ABC that found dramatic changes in Iranian society’s religiosity, especially an increase in secularization and a diversity of faiths and beliefs. The survey found that only 40 percent of respondents identified as Muslim.

The United States has no diplomatic relations with Iran. The U.S. government used public statements, sanctions, and diplomatic initiatives in international forums to condemn the government’s abuses and restrictions on worship by religious minorities. Senior U.S. government officials publicly reiterated calls for the release of prisoners held on religious grounds. On September 24, the United States sanctioned several officials and entities for gross violations of human rights and denials to the right of liberty of those seeking only to practice their religion, including Judge Seyyed Mahmoud Sadati, Judge Mohammad Soltani, Branch 1 of the Revolutionary Court of Shiraz, and the Adel Abad, Orumiyeh, and Vakilabad prisons. The statement read, in part, “Judge Soltani is responsible for sentencing Baha’is in Iran on dubious charges related to their exercise of freedom of expression or belief” and “Orumiyeh Prison has subjected members of ethnic and religious minority groups and political prisoners to abuse, including beatings and floggings.”

Since 1999, Iran has been designated as a “Country of Particular Concern” (CPC) under the International Religious Freedom Act of 1998 for having engaged in or tolerated particularly severe violations of religious freedom. On December 2, the Secretary of State redesignated Iran as a CPC. The following sanction accompanied the designation: the existing ongoing travel restrictions based on in section 221(c) of the Iran Threat Reduction and Syria Human Rights Act of 2012 (TRA) for individuals identified under Section 221(a)(1)(C) of the TRA in connection with the commission of serious human rights abuses, pursuant to section 402(c)(5) of the Act.