On April 9, Iran and Saudi Arabia held direct talks five years after severing diplomatic relations. The talks in Baghdad were mediated by Iraqi Prime Minister Mustafa al Kadhimi. The Iran delegation was led by Saeed Iravani, deputy secretary of the Supreme National Security Council. The Saudi delegation was led by Khalid al Humaidan, the chief of intelligence. The discussion focused primarily on Yemen, where Riyadh and Tehran have backed opposing sides since the civil war erupted in 2014. The delegations also reportedly discussed the political and financial crisis in Lebanon, where Iran and Saudi Arabia back opposing political blocs.

#CrownPrince: Iran is a neighboring country, and we aspire to have a good and distinguished relationship with Iran. pic.twitter.com/c45eTNMvFg

The secret talks were first reported by the Financial Times on April 17. Neither country acknowledged the dialogue, but Tehran issued an uncharacteristically friendly statement about its regional rival. “The Islamic Republic of Iran has always welcomed dialogue with the Kingdom of Saudi Arabia and considers it in the interest of the people of the two countries, as well as peace and stability in the region,” Foreign Ministry spokesperson Saeed Khatibzadeh said on April 19. A second round of talks were scheduled for late April or early May, Reuters reported.

Crown Prince Mohammed bin Salman, the de facto ruler of Saudi Arabia, appeared to endorse diplomacy with Iran during a television interview on April 27. “We do not want the situation with Iran to be difficult,” he said. “On the contrary, we want it to prosper and grow.” Iran’s nuclear program, ballistic missiles and support for regional proxies were impediments to closer ties, the crown prince acknowledged. “We really hope we would overcome them and build a good positive relationship with Iran that would benefit all parties,” he added.

On May 7, Saudi Arabia confirmed that it had held talks with Iran. “We hope they (talks) prove successful, but it is too early, and premature, to reach any definitive conclusions,” Ambassador Rayed Krimly, head of policy planning at the Saudi foreign ministry, told Reuters. ”Our evaluation will be based on verifiable deeds, and not proclamations.” On May 10, Iran confirmed the talks as well. “De-escalation of tensions between the two Muslim countries in the Persian Gulf region is in the interest of both nations and the region,” Foreign Ministry spokesperson Saeed Khatibzadeh said during a weekly press conference.

The dialogue coincided with two diplomatic initiatives by the Biden administration to reenter the 2015 Iran nuclear deal and end the war in Yemen. Top U.S. officials have pushed for a de-escalation of tensions between Iran and the Gulf states to facilitate both objectives. In May 2020, before they were appointed to top jobs in the Biden administration, Jake Sullivan (now the national security advisor) and Dan Benaim (now deputy assistant secretary of state for Arabian Peninsula affairs) wrote an op-ed in Foreign Affairs calling for a “structured regional dialogue” between Iran and its neighbors. 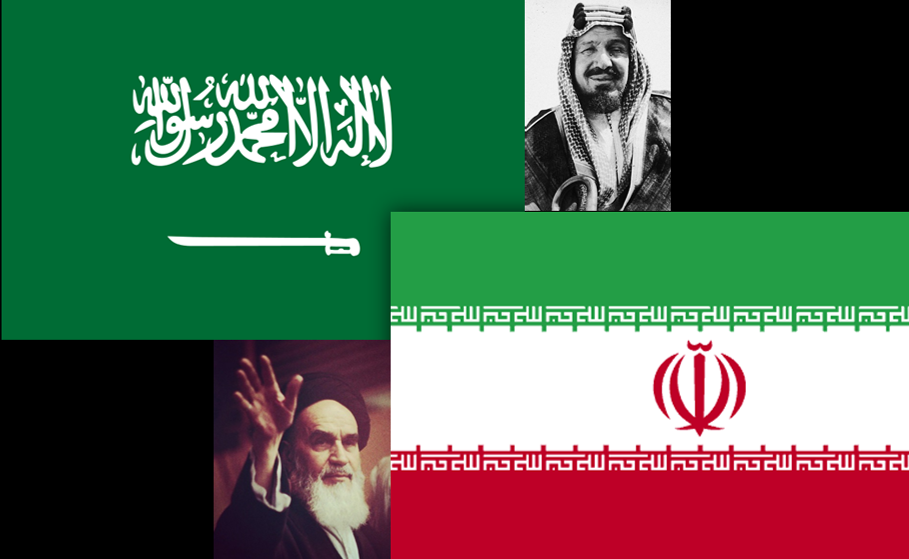 Iran, which is predominantly Shiite, and Saudi Arabia, which is mainly Sunni, have been regional rivals since Iran’s 1979 revolution, which ended 2,500 years of dynastic rule. The Saudi monarchy, which based its legitimacy on Islam, felt threatened by the Islamic Republic, which condemned monarchies as an illegitimate form of government. In the past decade, political tensions have increased over regional conflicts, particularly in Syria and Yemen. In Syria, Tehran supported President Bashar al Assad, while Riyadh reportedly funneled money to Syrian opposition groups. In Yemen, Iran has armed and aided the Houthis, while the Saudi military launched an air war in 2015 to prevent a complete takeover by Houthi rebels. The two countries severed diplomatic relations in 2016 after Saudi Arabia executed Nimr al Nimr, a popular local Shiite cleric, and Iranian protesters set fire to the Saudi embassy in Tehran in retaliation. The following is a timeline of the Iran-Saudi dialogue.

April 9: Senior Iranian and Saudi officials held the first round of direct talks in Baghdad mediated by Iraqi Prime Minister Kadhimi, the Financial Times reported. The officials discussed the civil war in Yemen and the political and financial crisis in Lebanon, Reuters reported.

April 19: Tehran said that it “welcomed dialogue” with Riyadh but did not confirm that direct talks had occurred. “The Islamic Republic of Iran has always welcomed dialogue with the Kingdom of Saudi Arabia and considers it in the interest of the people of the two countries, as well as peace and stability in the region,” Foreign Ministry spokesperson Saeed Khatibzadeh said.

April 21: Iran and Saudi Arabia would hold a second round of direct talks in late April or early May, Reuters reported. The timing of the second meeting would depend on progress in Vienna negotiations between Iran and the six world powers on returning to the Joint Comprehensive Plan of Action (JCPOA).

April 27: Saudi Crown Prince Mohammed bin Salman called for a “good and distinguished relationship with Iran” in an interview on Saudi television. Iran’s nuclear and ballistic missile programs, as well as its support for regional proxies, were the main impediments to closer ties, the crown prince said. “We are working now with our partners in the region and the world to find solutions to these problems,” he said.

April 29: The Iranian Foreign Ministry said that a “constructive and dialogue-oriented approach” with Saudi Arabia could lead to “new chapter of interaction and cooperation” between the regional rivals.

May 5: Baghdad hosted talks between Saudi Arabia and Iran "more than once," Iraqi President Barham Salih said during an event with the Beirut Institute. “It is ongoing, and it is important and it is significant, and for Iraq to be able to play that convening role between these regional actors is important,” he said.

May 7: For the first time, Saudi Arabia confirmed that it was holding direct talks with Iran to reduce regional tensions. “We hope they (talks) prove successful, but it is too early, and premature, to reach any definitive conclusions,” Ambassador Rayed Krimly, head of policy planning at the Saudi foreign ministry, told Reuters. ”Our evaluation will be based on verifiable deeds, and not proclamations.”

May 7: Hassan Nasrallah, the leader of the Lebanese militia and political party Hezbollah, welcomed the Iranian-Saudi dialogue. “We support any Iranian dialogue with international, regional or Arab powers,“ Nasrallah said in a speech. “We consider it as helpful to calming tension in the region.“ Hezbollah has received military and financial support from Iran since its formation in the 1980s.

May 10: Iran confirmed that it was holding talks with Saudi Arabia. “We welcome resolving of the issues that have existed between the two countries,” Foreign Ministry spokesperson Saeed Khatibzadeh said during a weekly press conference. “We will use our best efforts in this regard.”

May 12: Foreign Minister Mohammad Javad Zarif said that Iran was "ready for close ties with Saudi Arabia" and that greater cooperation could help stabilize the region, including Yemen. His remarks followed a meeting with President Bashar al Assad during a visit to Syria. “I am sure our Syrian brothers have always welcomed cooperation in the Arab world," Zarif added. "And we are also in that mood.”

May 16: Ali Shamkhani, the secretary of the Supreme National Security Council, said that Iran would work with its neighbors to bolster regional security. "We're ready to participate with the countries of region in a mechanism to create collective security as an infrastructure for development & welfare of their nations," he tweeted.

May 17: President Hassan Rouhani told Iraqi Prime Minister Mustafa al Kadhimi that he welcomes Baghdad's role as a regional mediator. "Dr. Rouhani also expressed support for Iraq's role in regional interactions as an important member country of the Arab League, welcoming Baghdad's positive role in intervening to resolve disputes among regional states," according to a phone call readout released by the president's office.

May 18: The Saudi foreign minister expressed optimism about the talks with Iran, AFP reported. "We have initiated some exploratory talks," Foreign Minister Prince Faisal bin Farhan said while in Paris. "They are at a very early stage, but we are hopeful." The result of the Iranian presidential election, slated for June 18, was unlikely to affect the talks, he added. "Our understanding of Iran's foreign policy is that it's set by the Supreme Leader," he said. "So we don't think there will be a substantial change."

July 6: An Iranian government spokesperson said that "good progress" had been achieved in talks with Saudi Arabia but cautioned against expecting a swift diplomatic breakthrough. "In some cases, disputes may have complexities that take time to resolve," Ali Rabiei told reporters.

Oman pushed to host the next round of talks between the two regional rivals in its capital Muscat, The Times of Israel reported. In 2013, the sultanate hosted secret talks between U.S. and Iranian officials that led to two years of negotiations between Iran and the world's six major powers on Tehran's controversial nuclear program. In 2015, Britain, China, France, Germany, Russia, the United States and Iran reached a landmark agreement in which Tehran agreed to significantly curtail its nuclear program in exchange for sanctions relief.