Iran is the third most critical threat to the United States because of its nuclear program, according to a Gallup public opinion poll of American attitudes about foreign policy. But only four percent view Iran as the “greatest enemy” of the United States, down from 19 percent in 2020. The decrease reflected the shift of focus to China.

Three-quarters of respondents – 75 percent – say that the possibility of an Iranian nuclear weapons program poses a “critical threat” to vital U.S. interests. More than four out of five Americans – 82 percent – view cyberterrorism as the greatest threat, while 77 percent of Americans view North Korea’s nuclear weapons as the second highest threat. Republicans are more concerned about Iran’s potential to acquire a nuclear weapon than Democrats; 83 percent of Republicans rank it as a critical threat, compared to only 68 percent of Democrats.

As of early 2021, Iran was estimated to be three to four months away from having sufficient enriched uranium for one nuclear bomb. But senior Iranian leaders did not appear to have made the political decision to acquire a nuclear weapon. In 2015, Iran negotiated with the six major world powers to limit its civilian nuclear program in exchange for international sanctions relief. The Trump administration withdrew from the deal in May 2018 and reimposed U.S. sanctions. Iran continued to comply with its obligations for 13 months. In July 2019, it began incremental breaches, such as surpassing limits on its uranium stockpile and installing advanced centrifuges. Tehran has said that it would return to compliance with the nuclear deal if the United States first lifted sanctions. The following are data from Gallup's annual World Affairs Survey. 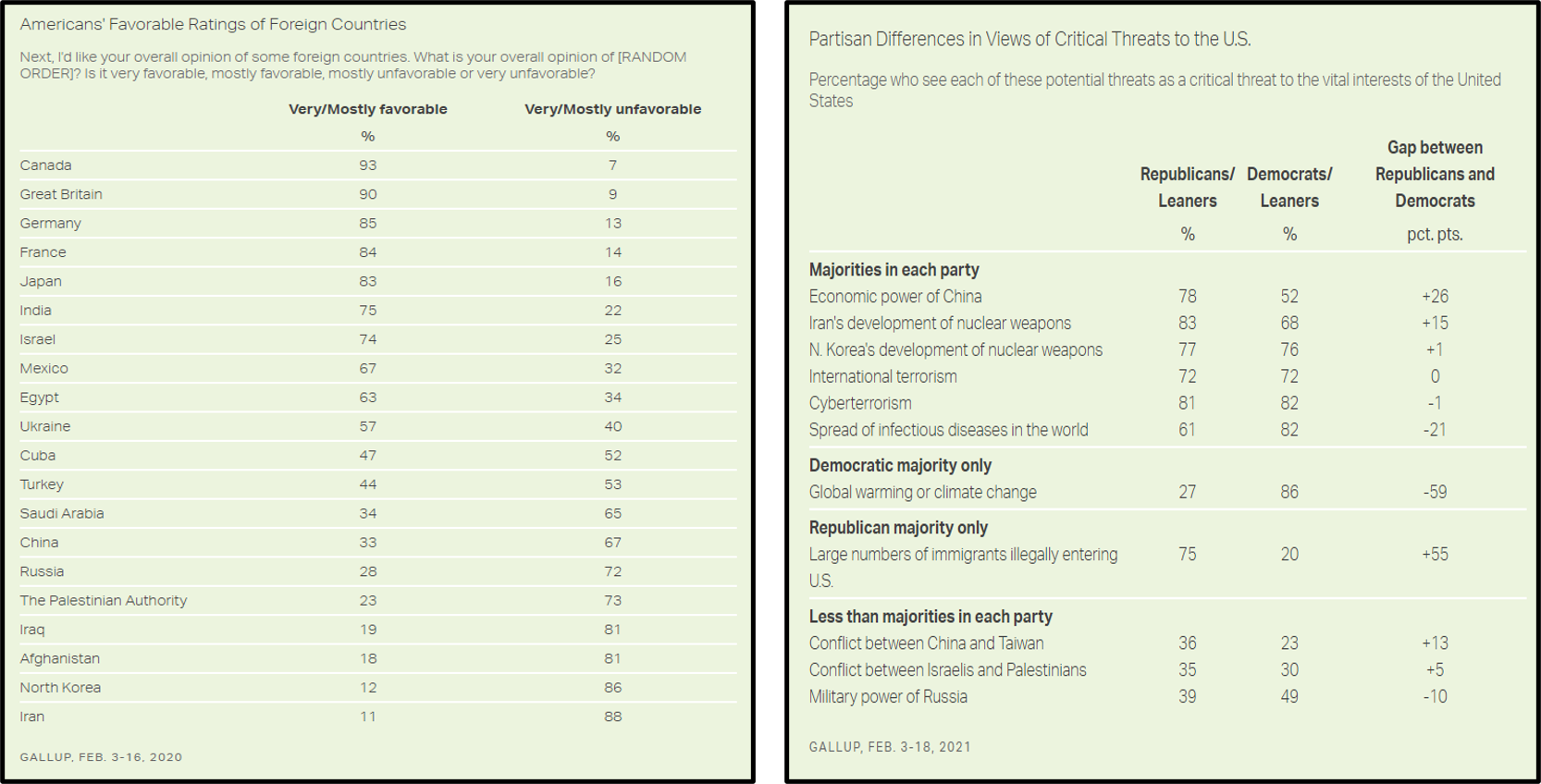