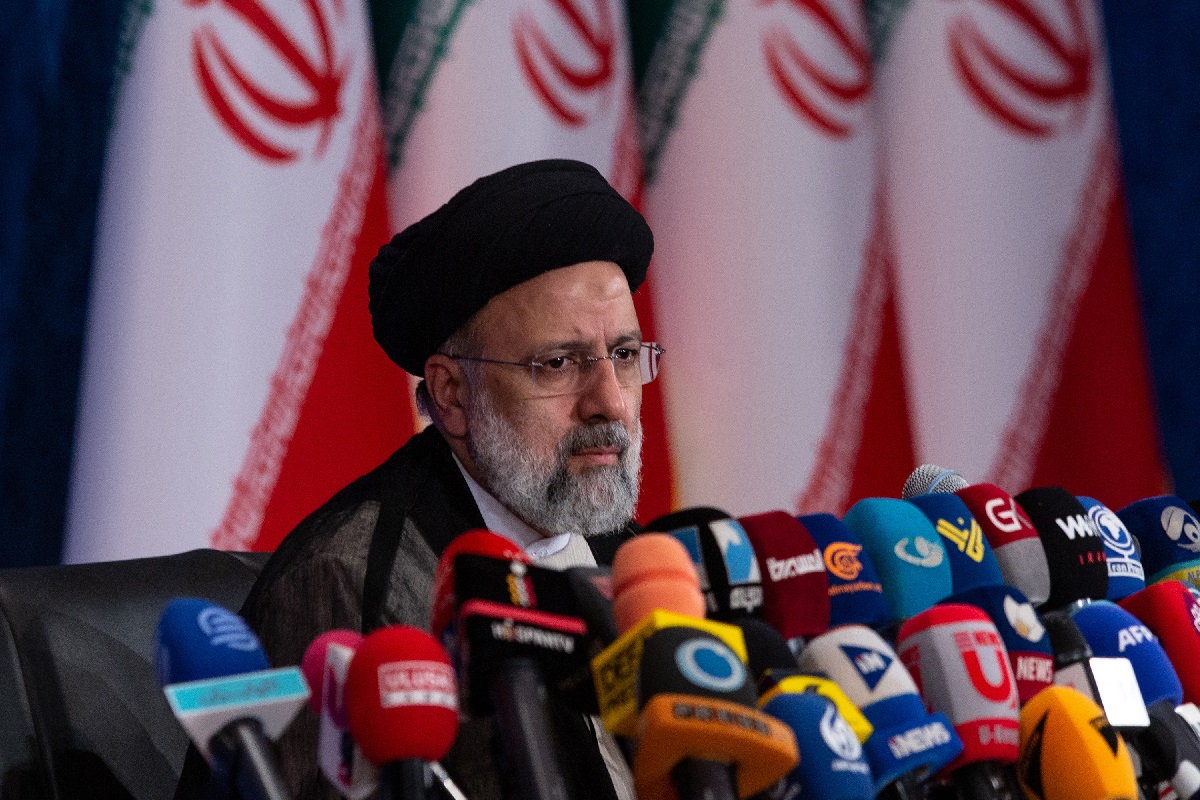 In his first press conference, President-elect Ebrahim Raisi warned that his administration would take a harder stand on diplomacy with the international community. “The world, particularly the West, should realize that the situation in Iran has changed through the people’s vote,” Raisi told reporters on June 21. He specifically rejected negotiations to limit either Iran’s regional role or its ambitious missile program, although he expressed support for the 2015 nuclear deal brokered with the world’s six major powers. Raisi said that he was open to future diplomacy that was in Iran’s national interests but added that “we will not allow talks for the sake of talks.” He ruled out a meeting with President Joe Biden. The outgoing administration of Hassan Rouhani had prioritized improving Iran’s relations with the outside world, including with Western powers.

Raisi, the current head of the judiciary, has been widely condemned by human rights groups for serving on the so-called “death commission” that authorized the killing of thousands of political prisoners in 1988. In 2019, Raisi was sanctioned by the U.S. Treasury in November 2019 for his role in domestic repression, including the massacre. When asked about the allegations, he replied, “I have always defended people’s rights since the beginning of my responsibilities. Human rights have been a pivotal point for me.” The following are excerpted remarks organized by topic.

On the Nuclear Deal

“The JCPOA has been violated by the United States and the Europeans have also not abided by their commitments under the multilateral agreement.”

“We tell the United States that you have to remove all sanctions [imposed on Iran] and must return [to the nuclear deal] and fulfill your obligations. Europeans must not be influenced by the U.S. pressure and must act upon their commitments. This is what the Iranian nation wants from you.”

“All sanctions must be lifted and their removal must be verified.”

“Biden must prove his sincerity by lifting all sanctions.”

“Our foreign policy will not begin with the JCPOA (Joint Comprehensive Plan of Action) and will not be restricted to the JCPOA.”

“We will have interaction with the world. We will not tie the Iranian people's interests to the nuclear deal.”

“Up until today, maximum pressure was not successful on our people, they [the United States] must change their minds, and come back to reason. Our people have shown they can withstand the pressure.”

“Regional issues or the missile issue are non-negotiable. They [Western countries] have not been committed to something [the nuclear deal] that was negotiated, agreed and signed as an accord. How is it that they want to negotiate new issues?”

On the War in Yemen

“Stability must return so that the people of Yemen can decide for themselves ... whom they wish to give those management responsibilities to. And again we reiterate the most immediate cessation of attacks by the Saudis against Yemen.”

“In the view of the Islamic Republic, reopening embassies between Iran and Saudi Arabia is something that can happen… And there should be no problem for relations between the two countries as well as dialogue with all regional countries.”

On the Israeli-Palestinian Conflict

“The Islamic Republic has been insisting on a referendum for settling the conflict in Palestine.”

“Iran has always been defender of oppressed people, including the Palestinians.”

“We have had a good relationship with China since the Islamic Revolution. There is great potential for cooperation.”

“Implementing the [25-year] comprehensive partnership will definitely be on the agenda.”

“I am proud of being a defender of human rights and of people’s security and comfort as a prosecutor wherever I was.”

“If a judge, a prosecutor, has defended the security of the people, he should be praised.”

“I've always defended the rights of the people. Human rights have been the most foundational base upon which I worked.”

“Today, also in the presidential post, I feel obligated to defend human rights.”

“I want to improve the economic condition of the people, improve their livelihood.”

The government will prioritize “reducing bureaucracy because bureaucracy prevents development.”

“On the other hand, anything that is not productive, we have to make it more difficult.” That’s to say, if you only want to hold real estate, gold, etc., we are going to impose taxes on them to make things more just.”

Facilitating “investment by the Iranians living abroad is a priority.”