On June 2, U.N. Secretary General Antonio Guterres reported that Iran will lose its voting rights in the General Assembly after failing to pay its dues. Iran can continue to vote in the current session, which ends in September. But the Islamic Republic would then need to pay a minimum of $16.25 million to restore its voting rights. The U.N. Charter stipulates that members whose arrears equal or exceed their contributions for the past two years lose their voting rights.

On June 3, Iranian Foreign Minister Mohammad Javad Zarif blasted the announcement and blamed U.S. sanctions for Tehran’s inability to pay. He accused Washington of “economic terrorism.” Iran’s “inability to fulfill its financial obligation toward the United Nations is directly caused by ‘unlawful unilateral sanctions’ imposed by the United States to punish those who comply with a Security Council resolution,” Zarif wrote in a letter to Guterres. The foreign minister was referring to Resolution 2231, which enshrined the 2015 nuclear deal reached by six major world powers and Iran. President Donald Trump withdrew from the agreement in 2018 and subsequently reimposed unilateral sanctions on Iran. In January 2021, Iran said that the funds earmarked for U.N. dues were frozen in South Korea by U.S. sanctions.

On June 11, Iran paid the minimum amount to restore its voting rights, according to U.N. and Iranian officials. “Illegal U.S. sanctions have not just deprived our people of medicine; they have also prevented Iran from paying our dues in arrears to the U.N.,” Iran's U.N. Ambassador Majid Takht Ravanchi tweeted. “After more than 6 months of working on it, the U.N. today announced it has received the funds.” The following is the full text of Zarif’s letter to Guterres. 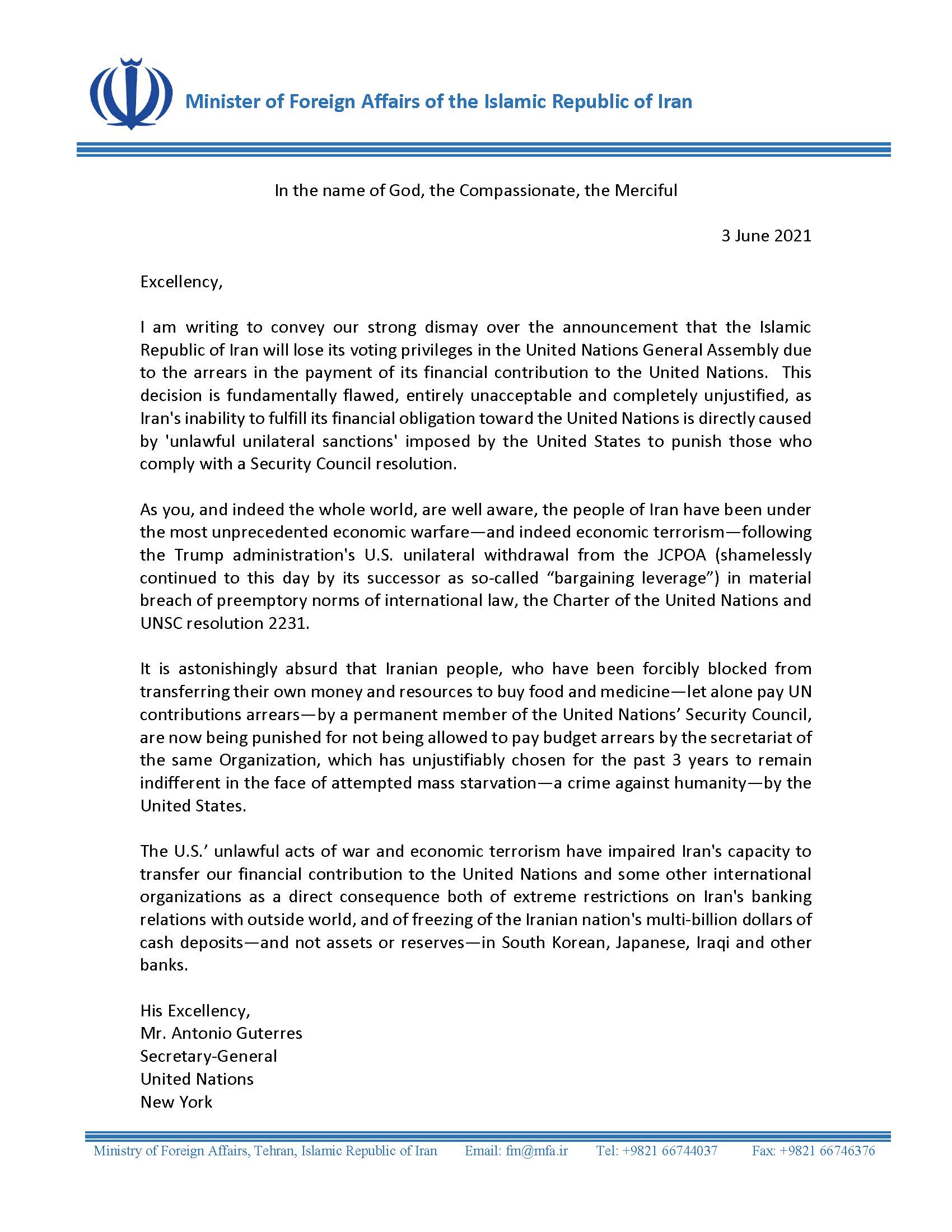 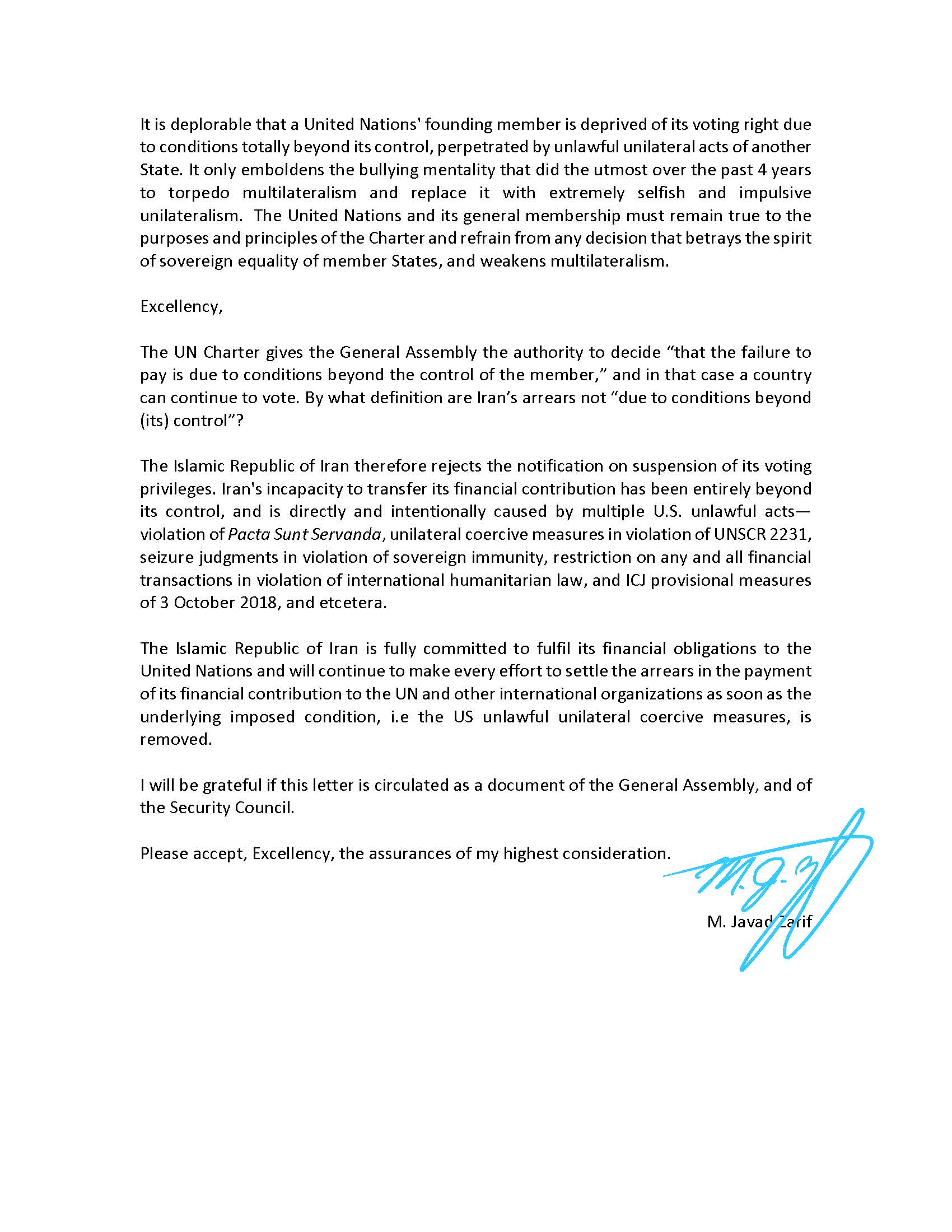