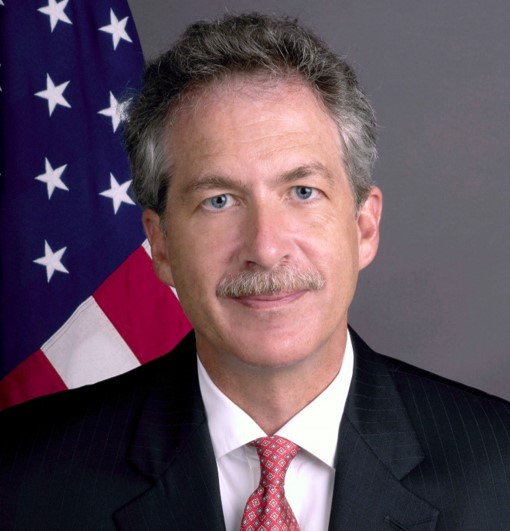 Before he was nominated as Director of the Central Intelligence Agency, William Burns called for diplomacy with Iran to end the wars in Afghanistan and Yemen. “We should have no illusions that they will engage productively on all our concerns,” he wrote in May 2019, in an article with Jake Sullivan, Joe Biden's National Security Advisor. And contact with Tehran is “not a reward for bad behavior,” they said. “But diplomacy is the best way to test intentions and define the realm of the possible, repair the damage our unilateral turn has inflicted on our international partnerships, and invest in more effective coercion if and when it’s needed to focus minds in Tehran.”

Burns also urged a regional security dialogue between Iran and the Gulf countries, which share an interest in de-escalating tensions. “A lot will depend on the prospects for Saudis and Iranians finding some basis for regional co-existence—built not on trust or the end of rivalry, but on the more cold-blooded assumption that they both have a stake in stable competition,” he wrote in December 2019. “Our instinct should be to reinforce and encourage their dialogue, not sabotage it.”

Burns, as Deputy Secretary of State, initiated secret talks with Iran in 2013, through Oman, that led to the 2015 nuclear deal. He was an outspoken critic of the Trump administration’s decision to withdraw from the agreement in 2018. “When the deal was in place, Iran remained an adversary—but U.S. unmanned aircraft weren’t being shot down by Iran in international waters, Gulf shipping and infrastructure weren’t being hit by Iranian mines and missiles, and U.S. personnel weren’t being targeted by Shia militias in Iraq,” he and Sullivan wrote in January 2020. The following are remarks by Burns on Iran.

Op-ed with Jake Sullivan in The Atlantic on Jan. 6, 2020: “We’re at this dangerous juncture because of Trump’s foolish decision to withdraw from the nuclear deal, his through-the-looking-glass conception of coercive diplomacy, and his willing hardline enablers in Tehran. When the deal was in place, Iran remained an adversary—but U.S. unmanned aircraft weren’t being shot down by Iran in international waters, Gulf shipping and infrastructure weren’t being hit by Iranian mines and missiles, and U.S. personnel weren’t being targeted by Shia militias in Iraq. Abandoning the nuclear agreement, on our own and with no evidence of Iranian cheating, started a predictable cycle of escalation and brinksmanship. It is a cycle which Trump has accelerated with muscular bluster and ‘maximum pressure,’ unconnected to realistic aims or careful foresight.”

Op-ed with Jake Sullivan in The New York Times on Oct. 14, 2019: “To start, both sides need to reset their expectations, and begin a step-by-step de-escalation that could create the basis for a longer-term resolution. The United States won’t get Iran to the table without some economic relief — either directly or through the European Union, as President Emmanuel Macron of France has suggested. The United States will also need to abandon as a precondition for progress the 12 demands that Secretary of State Mike Pompeo laid out publicly last year. This hard-bitten and resourceful Iranian regime is not going to issue that kind of declaration of surrender.

“The Iranians will have to get more realistic, too. It is simply impractical to think that the United States will provide significant sanctions relief without assurances that Iran will immediately begin negotiations on a follow-on agreement that at least extends the timelines of the deal and addresses issues of verification and intercontinental ballistic missiles.

“Foreign Minister Mohammad Javad Zarif recently signaled some openness to negotiation of additional terms. While we should have no illusions about how difficult that would be, we should certainly test the proposition. The Iranians have known since the secret talks that we saw this as an iterative process, like other arms control processes, in which one agreement became a foundation stone for further negotiations. The nuclear deal agreed to in 2015 was meant to be the beginning, not the end, of diplomacy with Iran.

“Both sides should also seek to reduce tensions more broadly. It is long past time to secure the release of Americans detained, deeply unfairly, in Iran. It is time to stop threats to vital shipping lanes, and stop making Iraq a battleground for American-Iranian competition. We should make an opportunity of the crisis in the gulf and push hard to end the war in Yemen. That conflict is not only a humanitarian tragedy of epic proportion but also a strategic calamity for our gulf partners and a stain on American foreign policy. Afghanistan is another issue to discuss directly, given Iran’s stake in stability there, and Tehran’s ability to disrupt it.”

Op-ed with Jake Sullivan in The Atlantic on May 16, 2019: “The best way forward for the Trump administration is to signal privately that its maximalist demands are not carved in stone and pursue a more realistic agenda on nuclear issues. That starts with working to extend the nuclear deal’s timelines, and recognizing that further sanctions relief will be necessary to encourage Iranian acceptance; it means talking quietly about securing the release of Americans detained in brutal Iranian prisons; it means probing for possible understandings on Iran’s ballistic-missile programs; and it means encouraging dialogue on the wars in Afghanistan and Yemen, where Iran will be a player in any eventual settlement.

“Contacts with the Iranians are not a reward for bad behavior, and we should have no illusions that they will engage productively on all our concerns. But diplomacy is the best way to test intentions and define the realm of the possible, repair the damage our unilateral turn has inflicted on our international partnerships, and invest in more effective coercion if and when it’s needed to focus minds in Tehran.”

Op-ed with Jake Sullivan in The New York Times on Sep. 21, 2017: “The smart way to proceed would be to keep the world’s powers united and the burden of proof on Iran. That means working with partners on relentless enforcement; enhancing sanctions that punish Iran’s non-nuclear misbehavior, including its missile program and sponsorship of terrorism; working closely with Arab partners to deter Iran’s meddling in their internal affairs; and making plain our concerns with Iran’s domestic human rights abuses. It means using the diplomatic channel we opened with Iran, after 35 years without such contact, to avoid inadvertent escalation. And it means making it clear that after some restrictions in the deal expire, the United States and the world will still not allow Iran to advance its nuclear program in threatening ways.”

Op-ed in The Atlantic on Dec. 8, 2019: “With Saudi Arabia and the Gulf Arabs, that means much more of a two-way street. We ought to support them against legitimate external security threats, from Iran or anyone else, and back serious political and economic modernization. They need to stop acting as if they’re entitled to a blank check from us, end the catastrophic war in Yemen, stop meddling in political transitions in places such as Libya and Sudan, and manage their internal rivalries. And we need to find a way back to an updated nuclear deal with Iran. That will not be a miracle cure for all our serious differences with the current regime in Tehran, from its regional aggression to its domestic repression. It will, however, be an essential starting point for countering its threats and eventually reducing them.

“A lot will depend on the prospects for Saudis and Iranians finding some basis for regional co-existence—built not on trust or the end of rivalry, but on the more cold-blooded assumption that they both have a stake in stable competition. Tentative contact between them, over the war in Yemen for example, suggests that they are beginning to awaken to that reality. Our instinct should be to reinforce and encourage their dialogue, not sabotage it.”

Op-ed in The Washington Post on Nov. 4, 2019: “We should throw our full support behind a new U.N.-led framework for talks: one that acknowledges the realities that the Houthis are not going to withdraw back to their northern redoubt; that the internationally recognized Yemeni government cannot simply be airlifted from its exile in Riyadh to Sanaa; that the legitimate security concerns of our gulf partners have to be addressed; and that Tehran has to be engaged directly. Iran has been deeply complicit in the violence in Yemen, but it has both potential interest in revived diplomacy and a demonstrated capacity to undermine it.”

Interview with CNN’s Christiane Amanpour on June 17, 2019: “There are other issues that we could talk about, whether it's with regard to conflicts in Afghanistan or in Yemen. But I think it's really important to try to look cold-bloodedly at the dangers of escalation and take some quiet steps so that the situation at least doesn't get any worse. So, that Iran isn't going to take further steps to pull away from the nuclear agreement, isn't going to conduct further attacks in the Gulf, and the United States begins to consider, you know, the virtues of not adding to the pressure that we're building right now. That might create a circumstance in which you could not only deescalate but begin to talk quietly about some of these really, really risky issues.”

On humanitarian and medical support

Interview with CNN’s Christiane Amanpour on Mar. 30, 2020: “Providing humanitarian assistance or at least allowing it to be transported, I mean, is not only the morally right thing to do, but it is also the diplomatically smart thing to do, in the sense that the Iranian regime, for example, you know, is animated in a sense by the notion that the United States is implacably hostile to the Iranian people. This is a way of undercutting that argument.

“Maybe it could create a circumstance if the U.S. were to take a more flexible approach in which we could help secure some important but modest steps like the release of, you know, Americans unjustly detained in Iran, maybe we could use this to help ease the overall pandemic crisis to help ease tensions between Saudi Arabia and Iran or to begin to open up the door to a diplomatic resolution of the horrific conflict in Yemen today.”