The Iranian media—normally divided between reformist and hardline views in their editorial focus—covered the U.S. transition of power from widely diverse angles. Some focused on the drama of Trump’s exit before the inauguration. Others highlighted the beginning of a new political era in the United States. A recurrent theme was the tense atmosphere and heavy security at Biden’s inauguration two weeks after the insurrection at the Capitol.

Biden Takes Oath Under the Specter of Trumpism 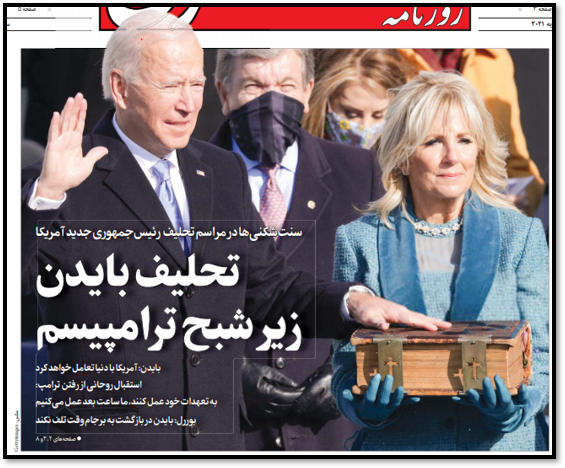 Fear and Swearing in 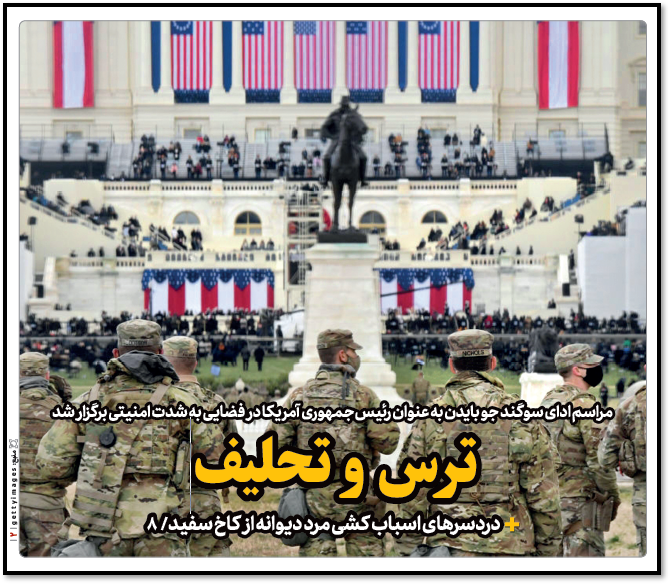 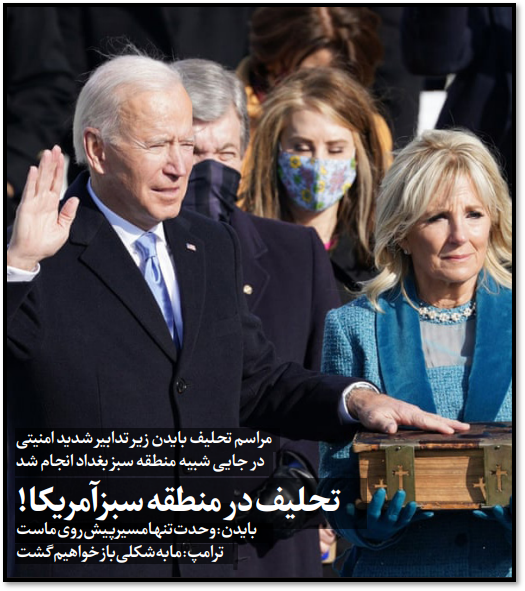 The Beginning of the Post-Trump Era 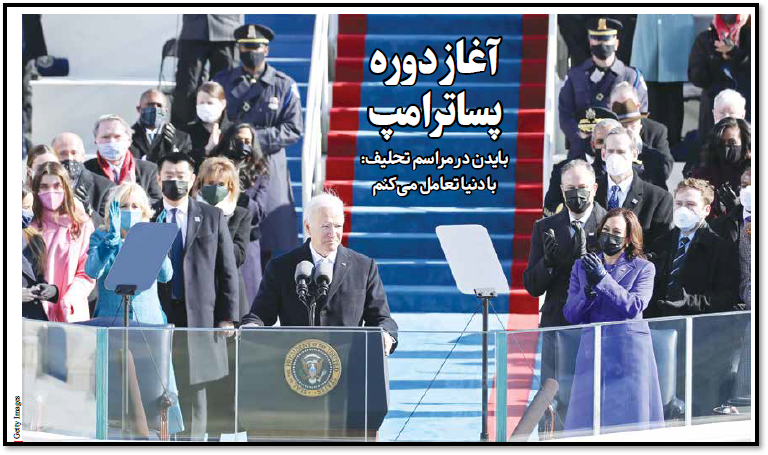 Exit in Isolation, Inauguration in Terror 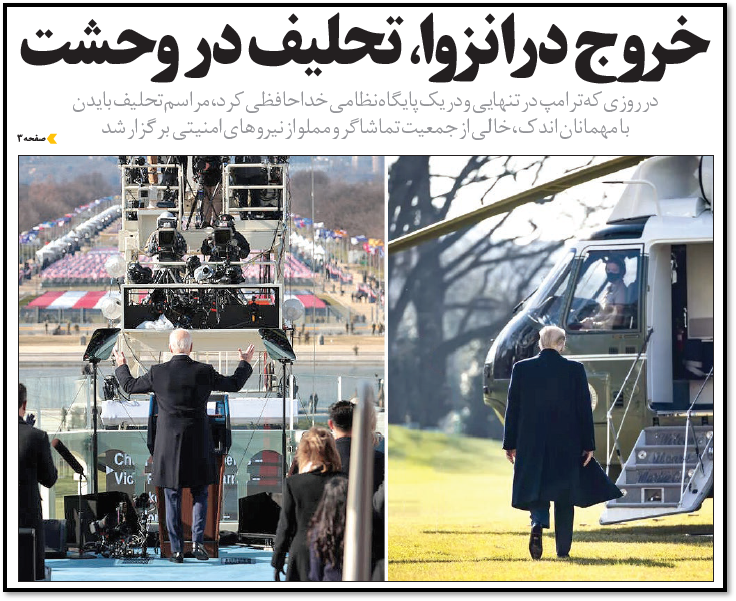 The End of the Nightmare 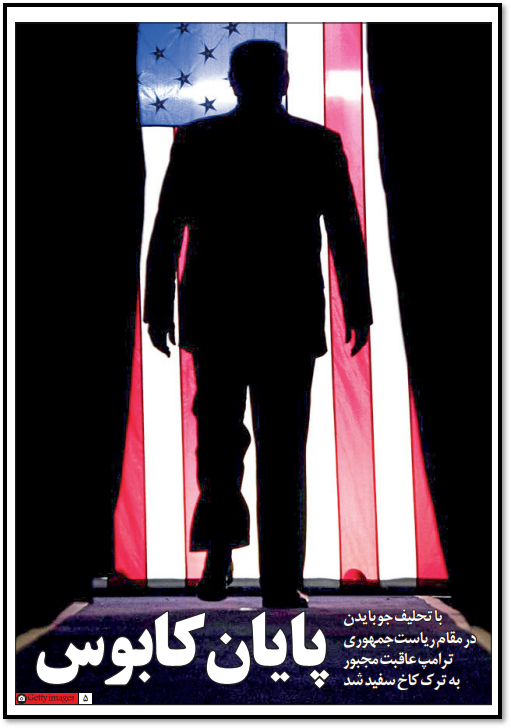 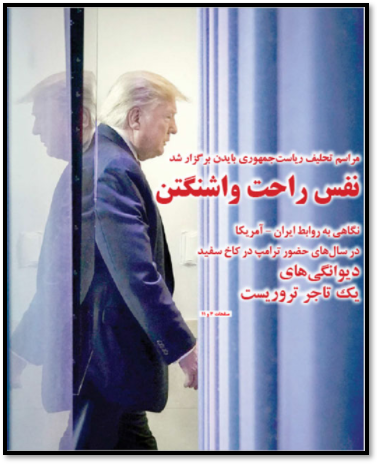 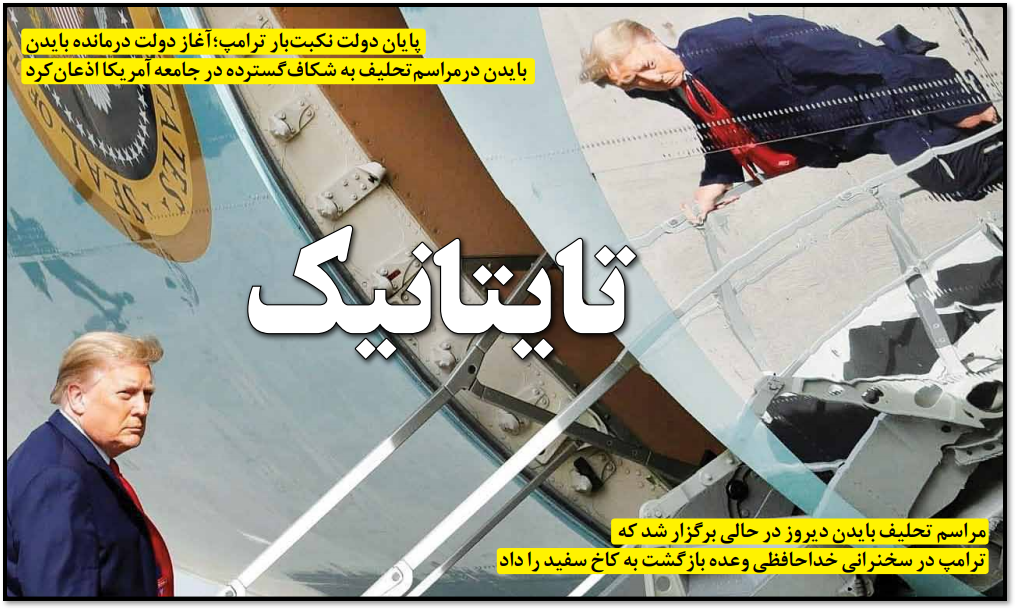 The End of Trump 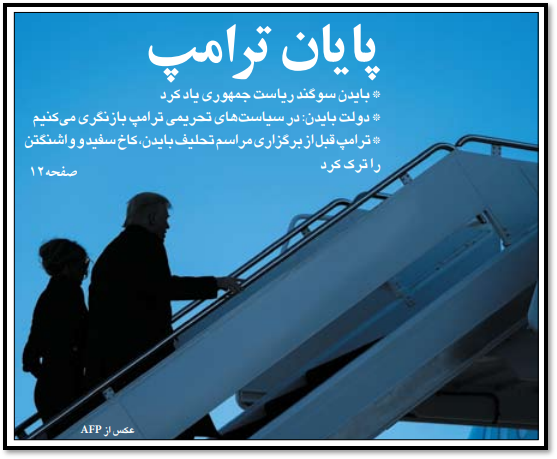