On December 8, the Islamic Revolutionary Guards Corps (IRGC) unveiled an underground missile base at an undisclosed location on the Persian Gulf. Dozens of missiles, launchers and trucks were visible in photos released by Sepah News, an IRGC-linked news agency. “These missiles have ranges of hundreds of kilometers, enjoy pinpoint accuracy and huge destructive power, and can overcome the enemy’s electronic warfare equipment,” Gen. Hossein Salami, the IRGC commander, said on state television.

The base was the latest of "several" that housed the IRGC's cruise and ballistic missile arsenal, Salami said. Iran revealed the existence of its underground “missile cities” in October 2019. The arsenal has included precision-guided missiles capable of striking targets at land, air and sea, Salami claimed. “We believe that our enemies do not accept the power of logic but rely on the logic of power.”

The IRGC unveiled the base two days after a pair of U.S. B-52 bombers flew a roundtrip mission from North Dakota to the Persian Gulf. The flight was the fourth mission to the region by America's biggest warplane since the United States began ramping up aerial and naval deployments in the Gulf in November 2020. Salami said that the U.S. deployments left Iran “no option but to strengthen the defensive and offensive deterrent power for preventing the imposition of their hegemonic will and plots.” The following are photos from the underground missile base. 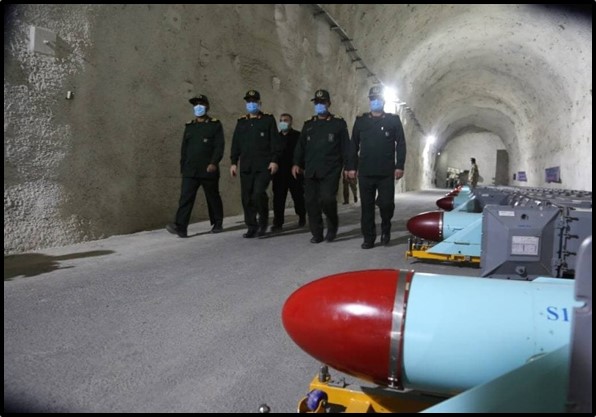 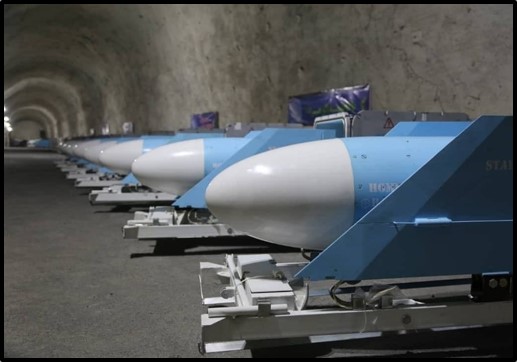 A row of cruise missiles in the underground base 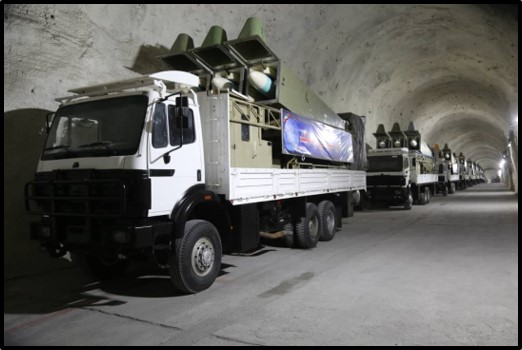 Trucks used to transport the missiles 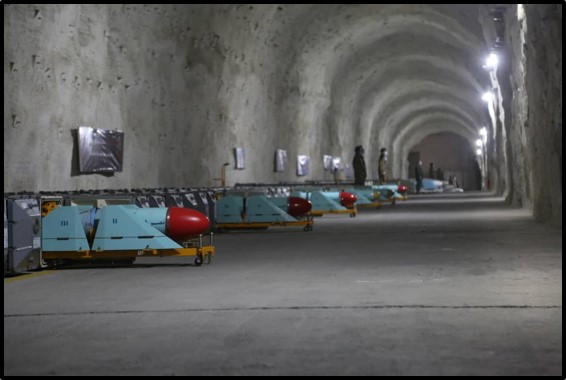 Cruise missiles lined up in a subterranean hallway 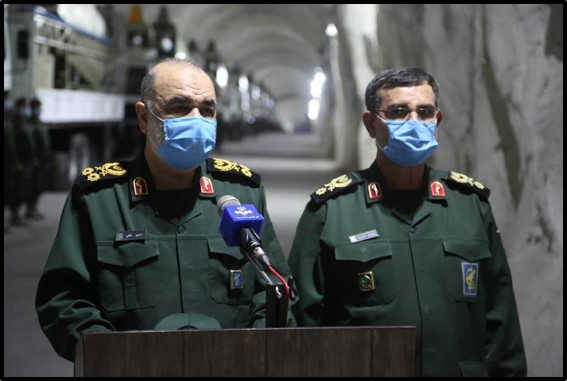 Andrew Hanna, a program specialist at the U.S. Institute of Peace, compiled this report

Photo Credits: All photos from Sepah News Agency (CC by 4.0)