President Ebrahim Raisi was inaugurated during the fifth and most infectious wave of the COVID-19 pandemic. More than 38,000 new cases were reported on the day that he took office. The more infectious Delta variant was first reported in the southern provinces of Fars, Hormozgan, Kerman, and Sistan and Baluchistan in late June. In Raisi’s first week in office, the number of cases continued to soar. “Every two seconds one person gets infected in Iran and almost every two minutes one person dies from the coronavirus,” state TV reported on August 9.

Raisi’s predecessor, Hassan Rouhani, struggled to manage the pandemic after the first deaths were reported in February 2020. The coronavirus spread across Iran’s 31 provinces within a month. By the end of Rouhani’s presidency 18 months later, more than 92,000 Iranians had died, while just over three percent were fully vaccinated.

Raisi’s first challenge as president was dealing with the pandemic. On August 8, Raisi implored Iranians to “strictly follow” health and safety guidelines and urged the government to enforce restrictions on public gatherings. The number of hospitalizations during the fifth wave from the Delta variant was twice as high as during the fourth wave between March and May 2021. But Raisi did not impose a two-week lockdown as suggested by Supreme Leader Ali Khamenei on August 2. 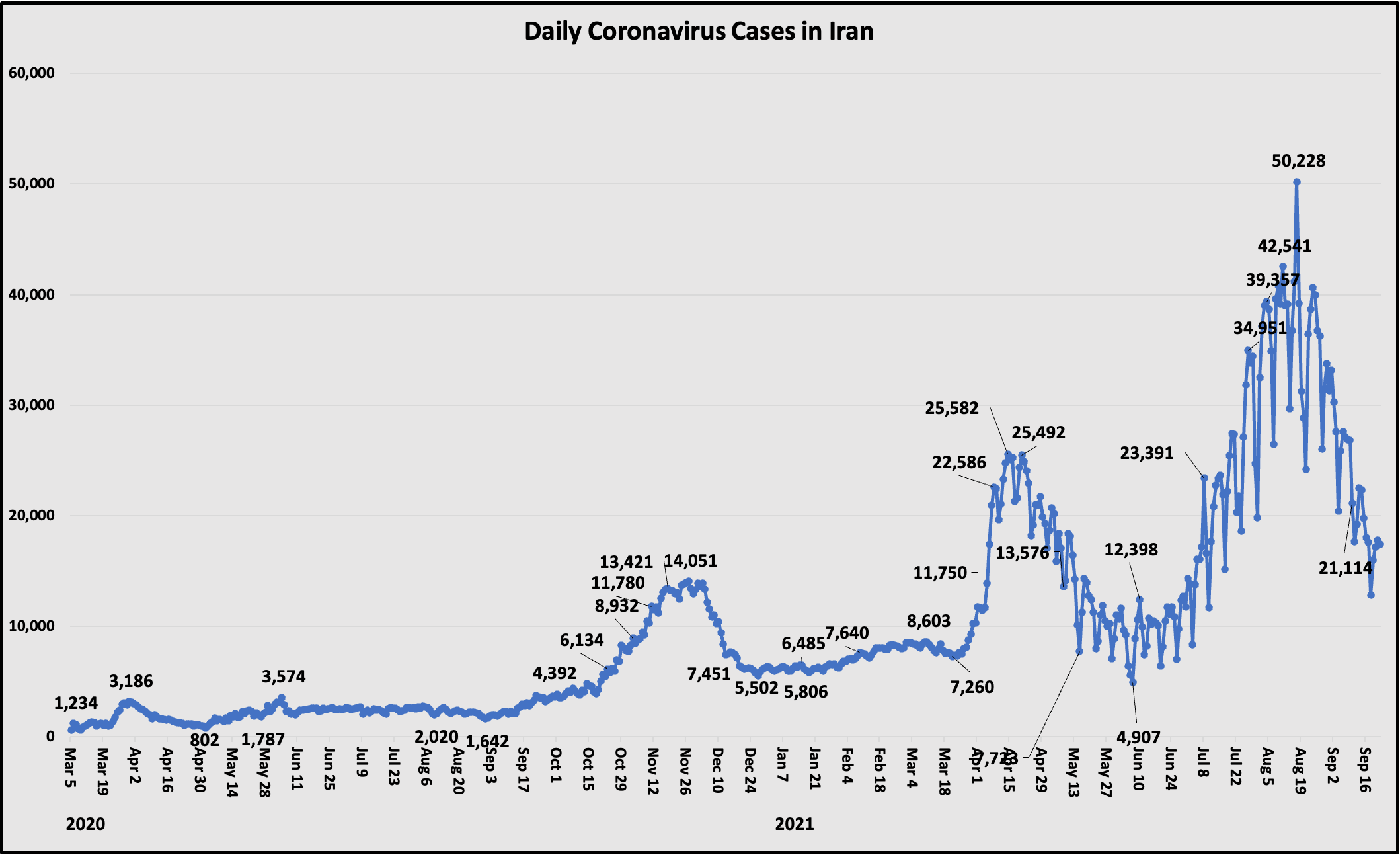 The Raisi administration also pushed to boost domestic vaccine production and increase imports. In his first week in office, Iran imported 1.11 million doses of the vaccine. Iran was set to receive another 1.1 million doses of vaccines from China.

Raisi received his first dose of the CovIran Barekat vaccine, the first domestic vaccine, on August 8 and urged all those eligible to get vaccinated. “Public vaccination is an unavoidable necessity and one of the priorities of the government so that we can increase the public resistance of the people against this virus and its possible mutations,” he said after receiving his shot. 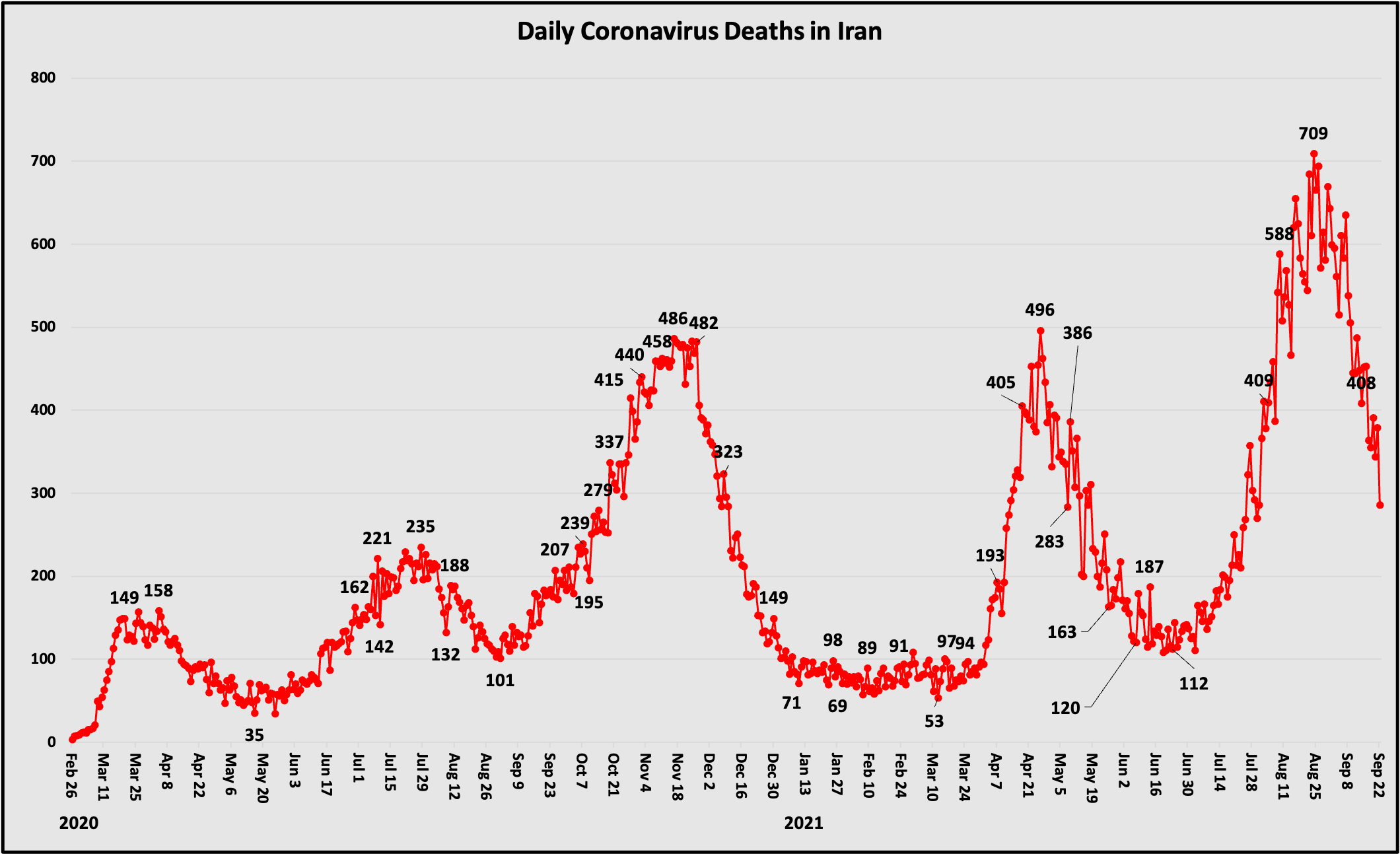 The new president took office days before the Islamic holy month of Muharram, the second holiest month after Ramadan. Iran’s predominantly Shiite population traditionally mark the month with theater performances and ceremonies mourning the death of Hussein ibn Ali, the third imam of Shiites and the Prophet Muhammad's grandson. The city of Tehran said that it planned to organize more than 215 theater performances across 25 parks, shrines and cultural houses, state-run IRNA reported on August 10. At a cabinet meeting, Raisi urged "maximum observance" of health protocols during Muharram. The following are key development after Raisi took office.

Aug. 8, 2021: President Raisi received his first dose of the CovIran Barekat vaccine and encouraged domestic vaccine manufacturers to accelerate production. He implored Iranians to “strictly follow health protocols” and that public vaccination was an “unavoidable necessity.” Raisi also instructed the government to help stage Muharram mourning ceremonies in open-air stadiums in compliance with health protocols. "Due to the difficult conditions in the country, the maximum observance of health protocols is one of the necessities that the enthusiasts of the [Prophet’s Family] and the organizers of the mourning ceremonies should pay special attention to.”

Aug. 9, 2021: In separate calls, President Raisi instructed the Minister of Health and Medical Education and the Governor-General of Khorasan Razavi province to use all available means to control the disease, treat the patients and provide services to them.

Aug. 11, 2021: President Raisi instructed Foreign Minister Mohammad Javad Zarif to negotiate increased import of vaccines from abroad on an accelerated timeline. "Controlling the outbreak of coronavirus, which has intensified these days, requires the cooperation of all officials like all other acute problems," he told his cabinet.

Aug. 13, 2021: President Raisi urged Iranians to reconsider travel plans to prevent the spread of the Delta variant. “The reduction of travel is one of the central issues in the process of controlling the virus, so travel and traffic must be significantly reduced in the next 10 days,” he told the National Coronavirus Task Force. The president also asked state media to help keep Iranians well-informed of health protocols and the spread of the virus.

Aug. 14, 2021: President Raisi said that Iran had secured 30 million doses of the COVID-19 vaccine from abroad but that 60 million would be required.

Aug. 18, 2021: President Raisi sided with Beijing over its rejection of a second WHO probe into the origins of the coronavirus. "The politicization of the source of the COVID-19 pandemic is a serious threat to global health and is an example of some countries' efforts to isolate China," Raisi told Chinese President Xi Jinping in a phone call. Xi promised to do his "utmost to deliver the vaccine to Iran and help Iran overcome [the] coronavirus."

Aug. 20, 2021: President Raisi told the National Coronavirus Task Force that Xi had promised to accelerate shipments of vaccines to Iran.

Aug. 26, 2021: President Raisi, in his first cabinet meeting, said that his administration would prioritize securing the Iranian people’s livelihood, fighting the COVID-19 pandemic, and containing inflation.

Sept. 4, 2021: In a televised interview, President Raisi lauded domestic efforts to produce vaccines. But he acknowledged that Iran needed doses from abroad as well. He also said, "The import of 40 million doses of vaccine has been finalized and will be imported by the mid-September."