In the first half of 2021, Iran persecuted religious minorities including Baha’is and Christians as well as Sunni and Sufi Muslims, according to a new report by the U.S. Commission on International Religious Freedom. “Iranian authorities have arrested scores of religious minorities, who face lengthy prison sentences, while harassing others or denying them advancement in higher education.” Iran’s population is predominantly Shiite Muslim, and Shiism is the official religion of the state. Islam, Christianity, Judaism and Zoroastrianism are the only recognized religions, while the Baha’i are considered heretics. The government—notably the judiciary and security forces—has persecuted members of recognized faiths as well as unrecognized faiths. The following are excerpts from the report. 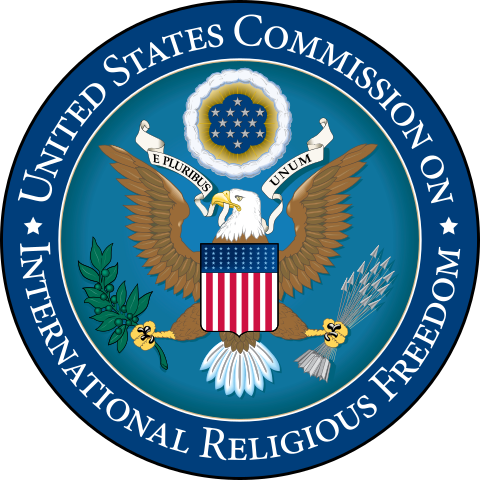 “On February 18, then-President Hassan Rouhani signed two alarming amendments to Articles 499 and 500 of the Penal Code passed in January 2021 by Iran’s parliament. The amendment to Article 499 imposes prison sentences and fines on anyone who insults “divine religions or Islamic schools of thought recognized under the Constitutions with the intent to cause violence or tensions in the society.” The amendment to Article 500 penalizes those who conduct “any deviant educational or proselytizing activity that contradicts or interferes with the sacred law of Islam.” The language of these amendments is designed for persecuting specific Iranian religious minorities that the government considers a threat. As the U.S. Commission on International Religious Freedom (USCIRF) has noted, the effective criminalization of non-Muslim religions is a severe violation of religious freedom as protected under international law.”

“In addition to targeting religious communities, the government of Iran has also continued to use religion as a basis for violating the rights of its citizens. As USCIRF noted earlier in 2021, Iran is one of a handful of countries that actively executes members of the lesbian, gay, bisexual, transgender, and intersex (LGBTI) community. Iranian laws against same-sex relations are based in interpretations of Muslim religious teachings, and imposed on Iranians regardless of their religious beliefs, putting many LGBTI people in grave danger from both state and societal actors.”

“Based on religious grounds, the Iranian government also mistreats women. Among them is USCIRF religious prisoner of conscience Golrokh Iraee, who was arrested in 2014 after writing an unpublished short story criticizing the religiously grounded practice of stoning adulterous women to death. In April 2021, Judge Iman Afshari of Branch 26 of the Tehran Revolutionary Court sentenced Iraee to an additional year in prison, and banned her from holding membership in political organizations and from traveling for two years based on charges of “propaganda against the state.”

“Conditions for Baha’is in Iran reflect an alarming deterioration in 2021. Throughout 2020 and into 2021, Iran escalated the publication and broadcast of anti-Baha’i propaganda through state media channels as compared to previous years. In February 2021, Branch Two of the Hormozgan Court of Appeals upheld prison sentences against eight Baha’is on the grounds that their Baha’i identity makes them a prima facie threat to national security. Additionally, the court is forcing them to attend “counseling sessions” run by a Shi’a religious institute regarding their religious beliefs. This treatment marks a new and concerning shift by Iran’s government toward an explicit policy that Baha’is do not have rights in Iran on national security grounds, despite the baseless nature of the charges and the non-derogable nature of religious freedom under international law.”

“Christians in Iran have also faced intense religious persecution in 2021. As in previous years, Iran has targeted Christian converts from Islam in particular. These include USCIRF religious prisoner of conscience Pastor Youcef Nadarkhani, who was charged in 2016 with “promoting Zionist Christianity.” Pastor Nadarkhani remains in prison on a ten-year sentence. Following her release from prison in February 2020, Christian convert and political activist Mary Mohammadi was re-arrested in January for improperly wearing her headscarf. In February, an appeals court in Bushehr sentenced three Christian converts to jail time for spreading “propaganda” against Iran through promoting Christianity.”

“Iran’s persecution of Sunni Muslims also continued in 2021. On New Year’s Eve 2020, the government executed three Sunni Muslim political prisoners at Vakilabad prison without notifying their families beforehand. In January, it demolished the foundations of a Sunni mosque in Iranshahr, and also reportedly halted the construction of two new Sunni mosques in the region. In March, authorities arrested a Sunni author and translator and sent him to Zahedan prison. That same month, the Urmia Revolutionary Court sentenced a Sunni Muslim man to three years in prison on the charge of membership in a Salafi group.”

“Iran continued imposing harsh sentences on members of the Gonabadi Sufi community in 2021. In late January, Branch 28 of the Tehran Revolutionary Court sentenced editor Abbas Dehghan to five years in prison for “collusion against national security.” Branch 1146 of the Penal Court also sentenced Dehghan to five and a half years in prison, 74 whip lashes, and a 140 million toman ($3325) fine on charges of attacking Iranian government agents. Dehghan was arrested in 2018 following his coverage of Gonabadi Sufi protests that emerged following the house arrest of the community’s former spiritual leader Noor Ali Tabandeh.”

“While the Iranian government considers followers of the Yarsan faith to be Shi’a Muslims who practice Sufism, members identify as a distinct and separate religion (also known as Ahl-e Haqq or People of Truth, estimated to number up to two million). Yarsanis whose religious identity is publicly known face discrimination in education, employment, and running for political office.”